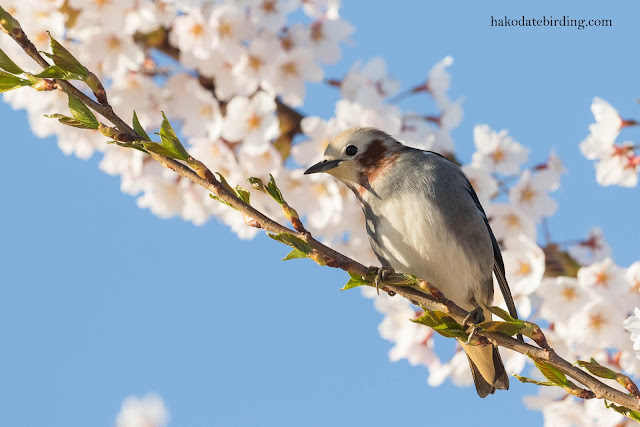 I was up at 5am again this morning. Surely there would be some interesting migrants in the park?

There was only a single Eastern Crowned Warbler on the river and a lone Japanese Bush Warbler in the park, an Osprey flew overhead briefly and there were still a few Dusky Thrush about. The wrynecks were still calling in the park but were high up in the trees, the one near my apartment was also calling but I couldn't see it.

Red-cheeked Starlings were everywhere though............and it was another beautiful warm spring day. Maybe we need some nasty weather to bring some new birds.............