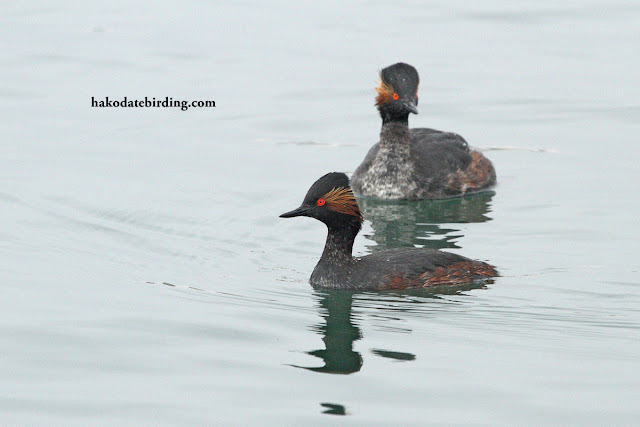 I went back to the harbour at Kamiso, the birds were basically the same but it was even darker, most of today's shots were at ISO 800.

There were slightly fewer birds. There were lots of people fishing from the side of the harbour: 3 Grebes got snagged in the fishing lines and managed to pull a fishing rod into the water, they swam off with the rod following them, sadly I don't rate their chances of survival very highly.

Like I say, very dark meaning lots of underexposed shots that came out noisy in postprocessing. 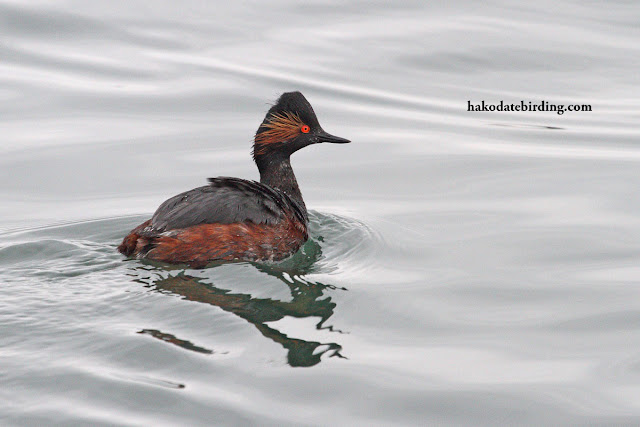 Some shots would have been great if the light had been better. 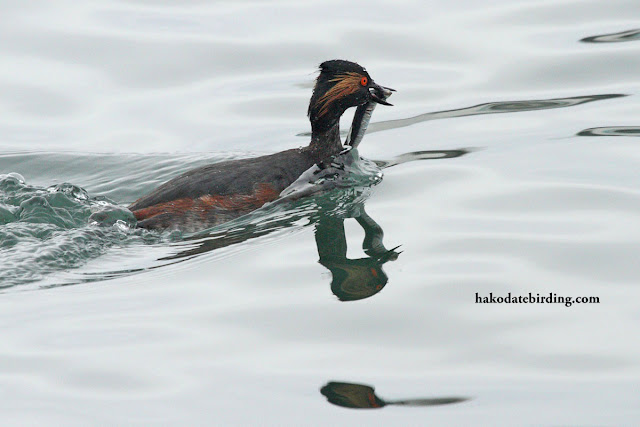 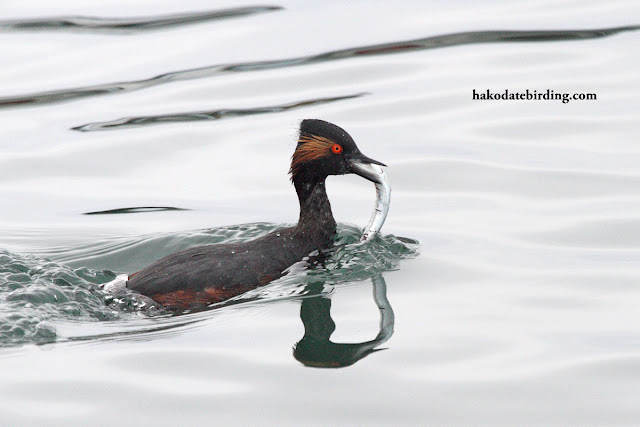 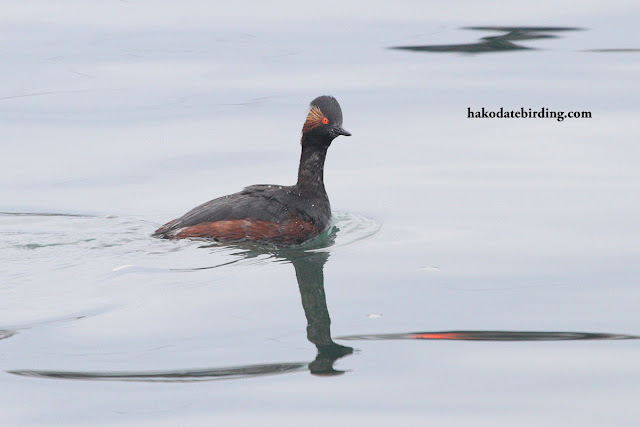 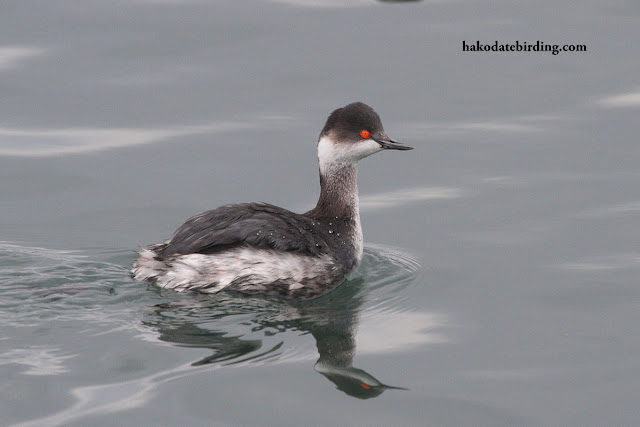 This is a female. 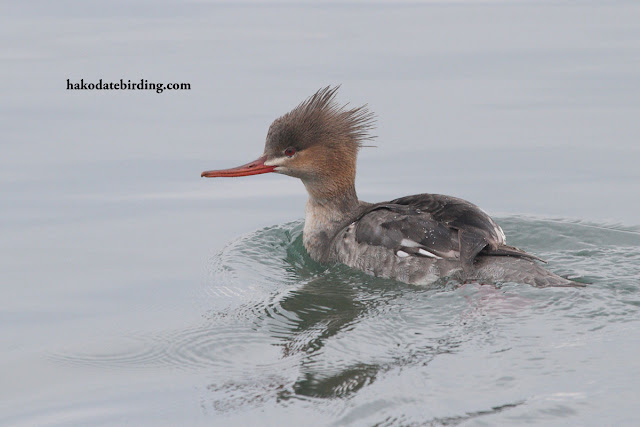 And this creepy looking one is a young male moulting into adult plumage. 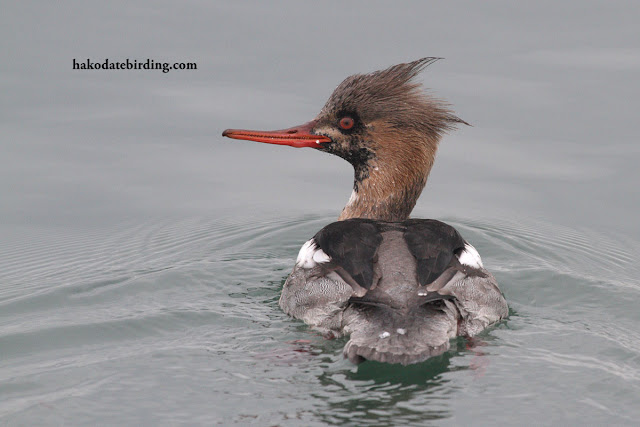 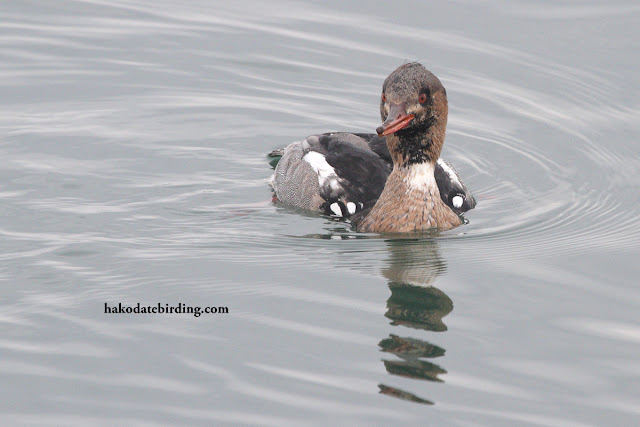 There were 2 Great Crested Grebes on the sea. I saw a Little Grebe on the river yesterday so that means all 5 species of Grebe are in Hakodate at the moment. The Red Necked was still around today. 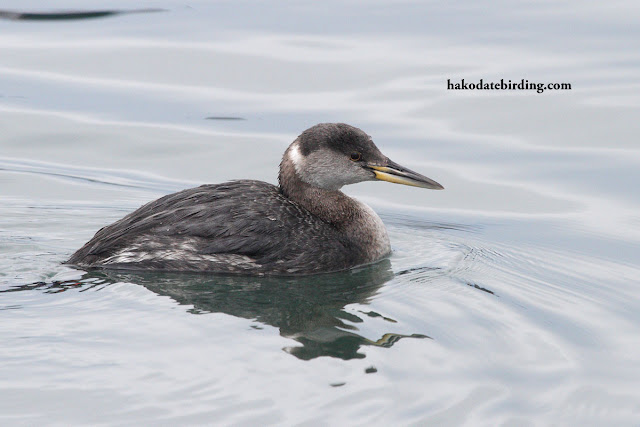 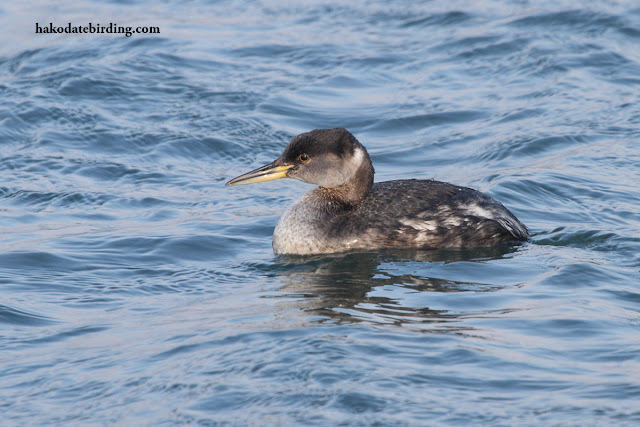 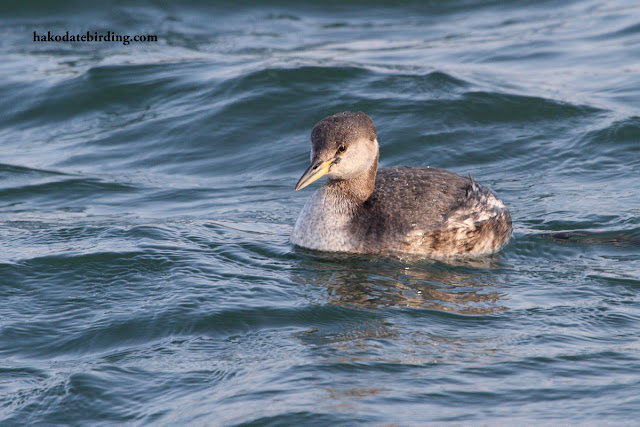 There were several Glaucous Gull around, one of 7 Gull species in and around the harbour. 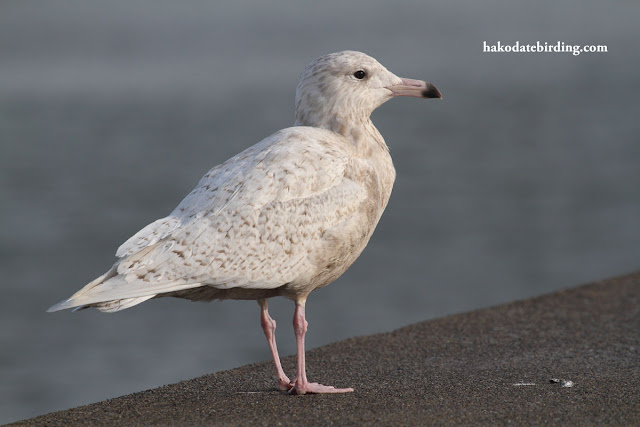 Here's a bird I've never photographed before: a Red Throated Diver. This was the other side of the sea wall. 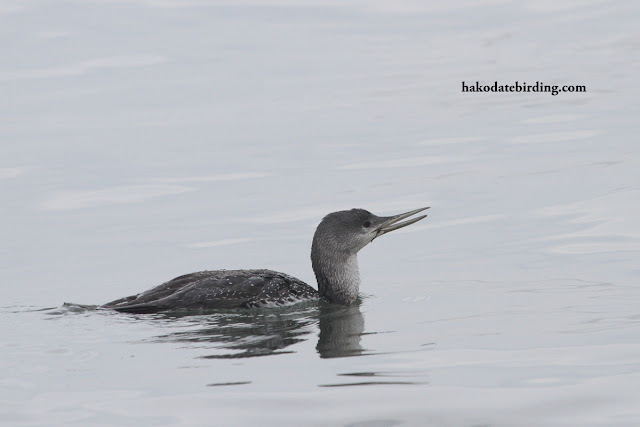