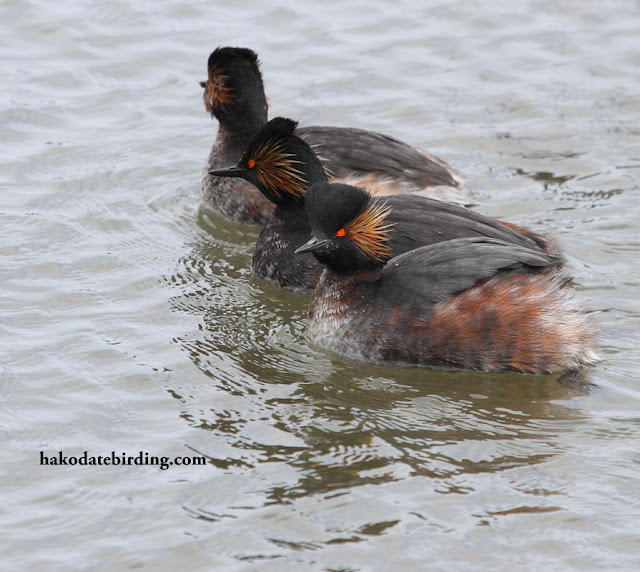 On Sunday it was cold and windy but fairly bright and not raining or snowing. We spent an hour or so at Kamiso and I got some nice Black Necked Grebe shots. There were fewer than a few days ago. I saw several perish in either fishing lines or killed by Gulls, these must be the tough ones who survived.

Many were coming into summer plumage. 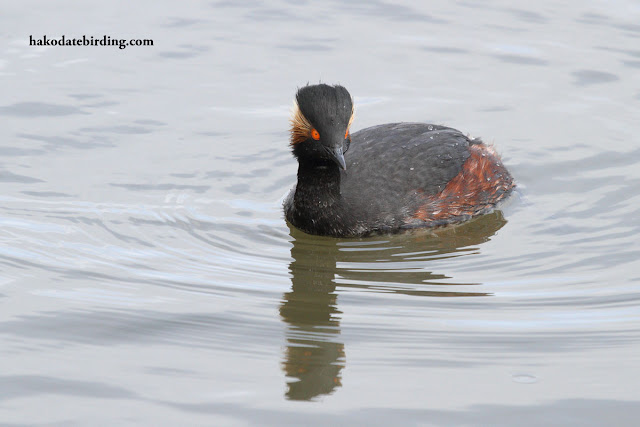 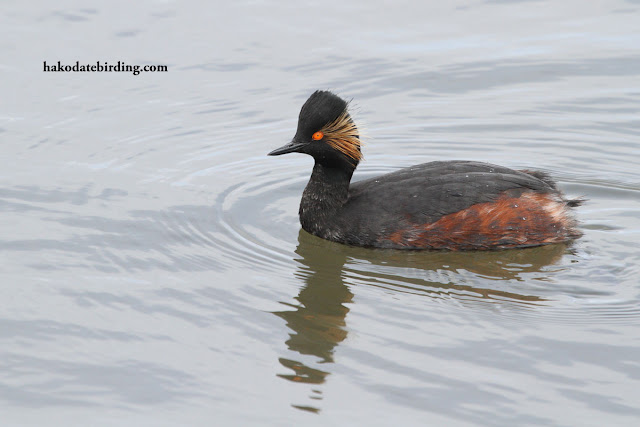 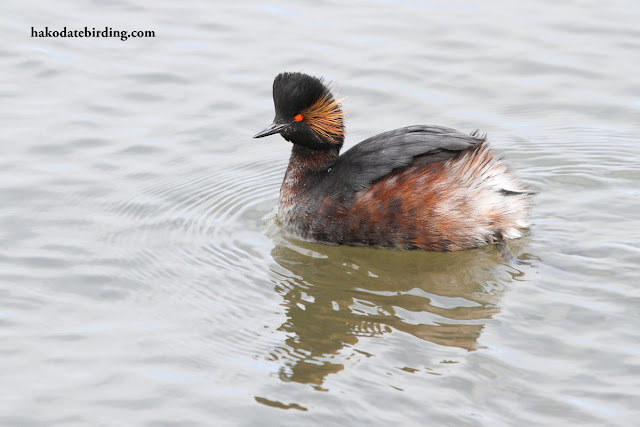 Like I said before I had lots and lots of shots to sort through, many of which looked very similar. 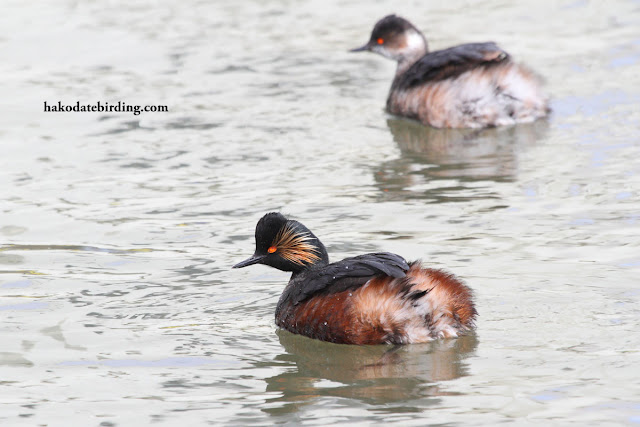 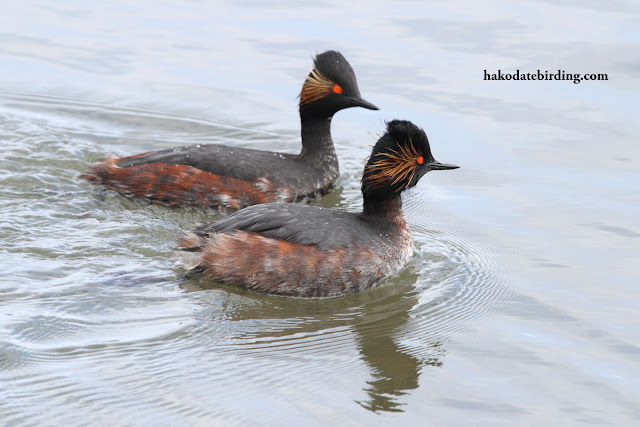 They were pretty tame but most of the best shots were from out of the car window. 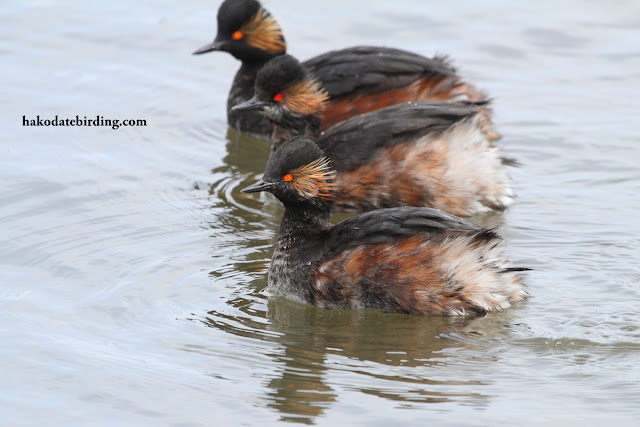 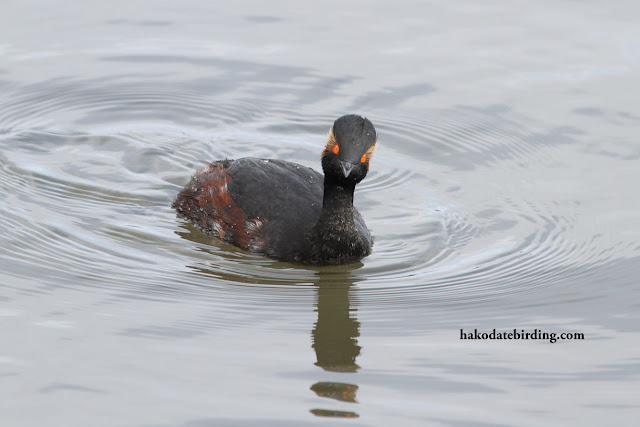 They really are an attractive bird to photograph and this is my best set of shots of this species......my wife doesn't share my enthusiasm, I think the red eyes freak her out a little. She calls then 'the evil little red-eyed diving birds'. 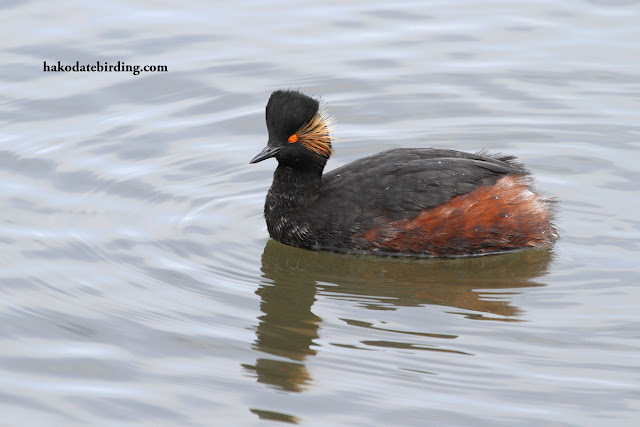 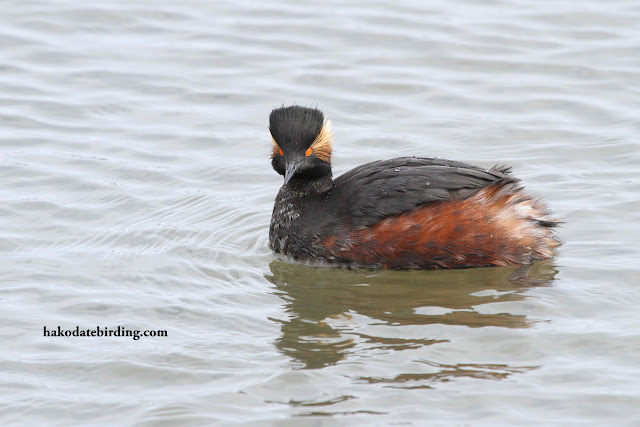 I tried to get some nice group shots. 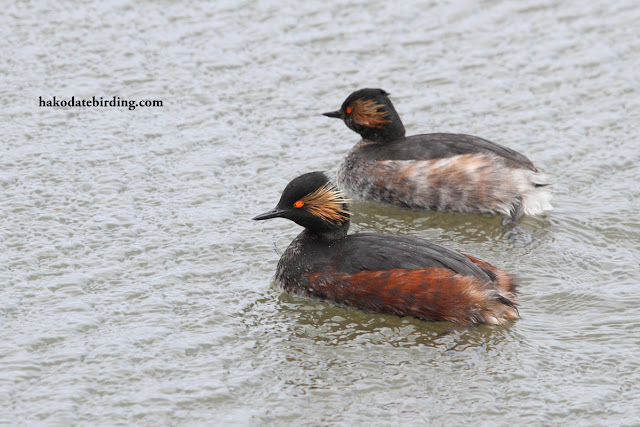 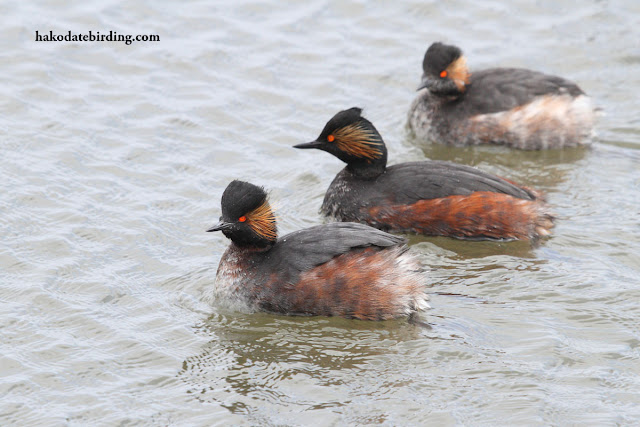 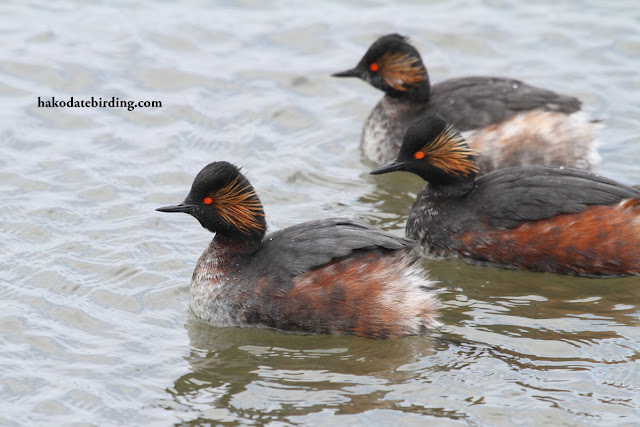 They were in the harbour for the fish, it was tricky to get a photo of them feeding. These were the best I could manage. 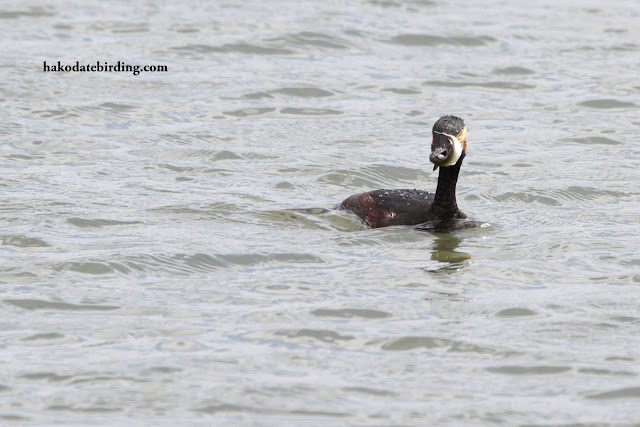 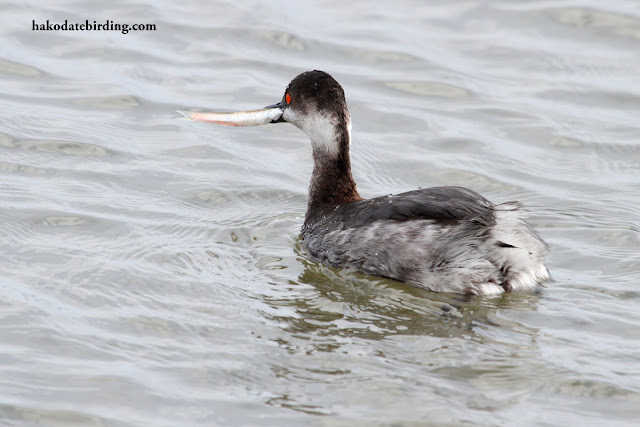 I won't be going back to the harbour until Friday at the earliest. I don't know if they'll still be there, hopefully they will. After my griping about the lack of Crossbills/Waxwings this winter the Grebes have provided ample compensation.

We'll learn if it is feasible to fix our old banger of a car next weekend, if not we may be carless for a while (right through until Autumn perhaps).