Last day with the Brents. 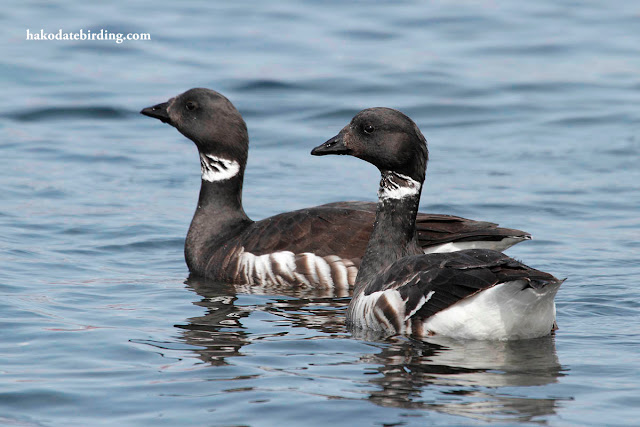 I walked down to Irifune Port today to see the Brent Geese. They usually depart at the end of March but they were still present today. About 30 all in all. 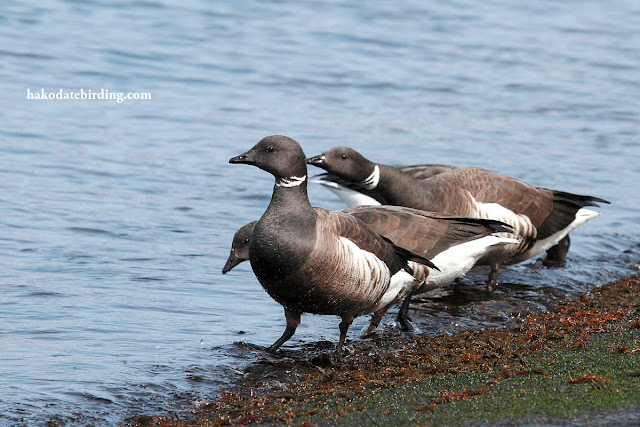 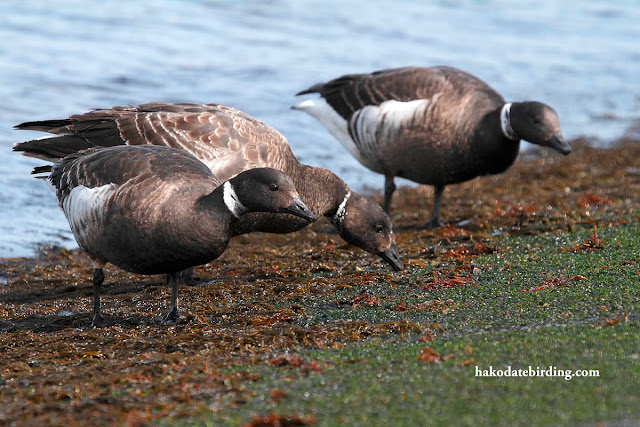 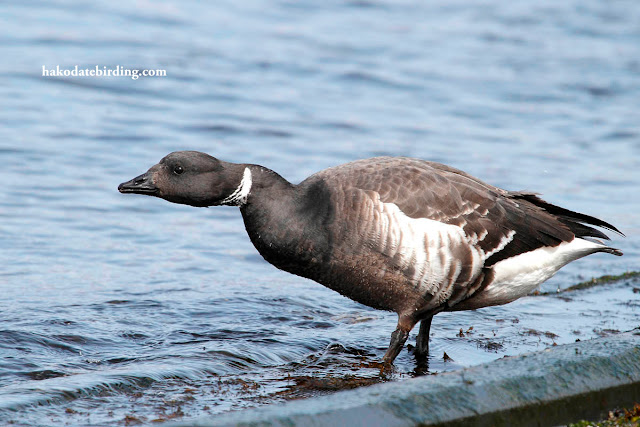 It was a nice day for it, very springlike. As winter finishes Oyaji Noise Season begins.This is the time of the year when the City Hall has to spend the remainder of its construction budget meaning scores of noisy probably pointless projects are taking place across town.

The Brent Geese were pretty noisy too and were honking and squabbling away. 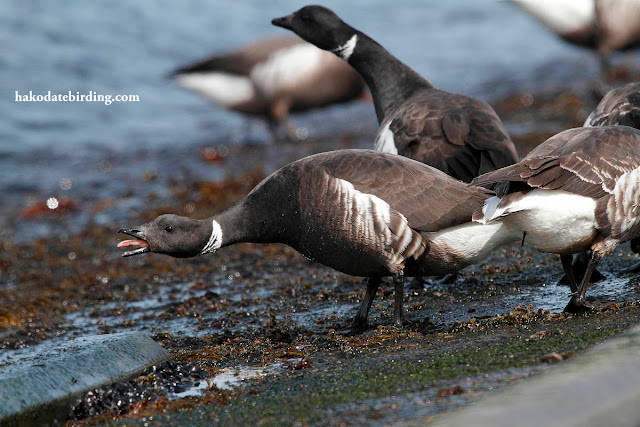 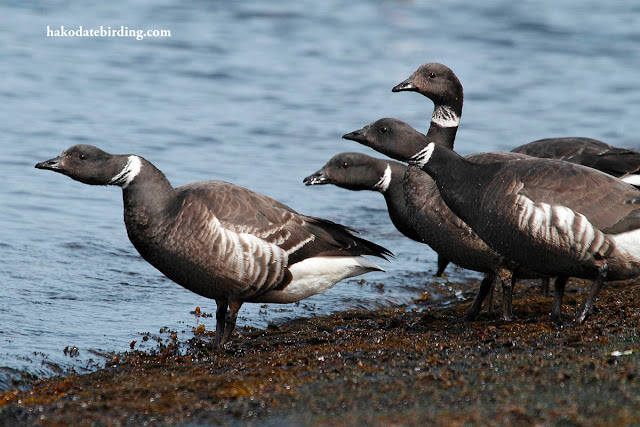 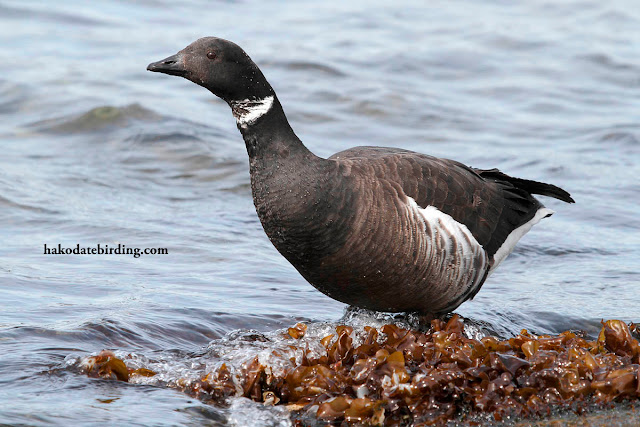 They are a very photogenic bird (even if the exposure can be a tad tricky). 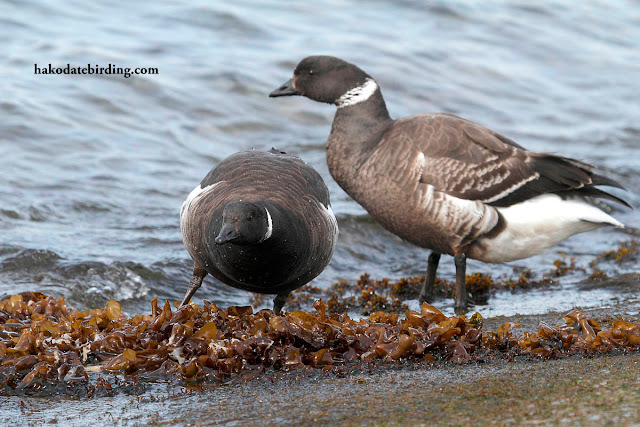 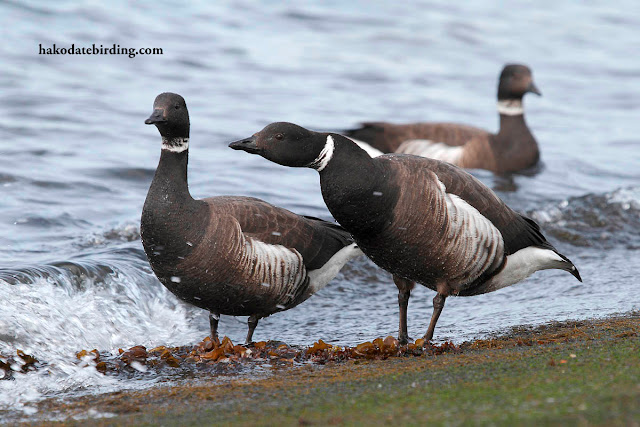 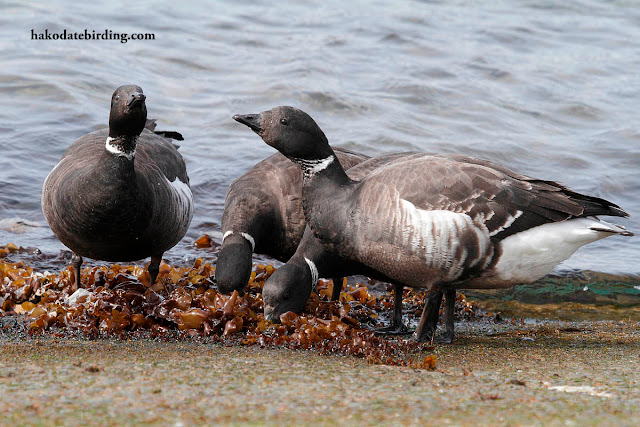 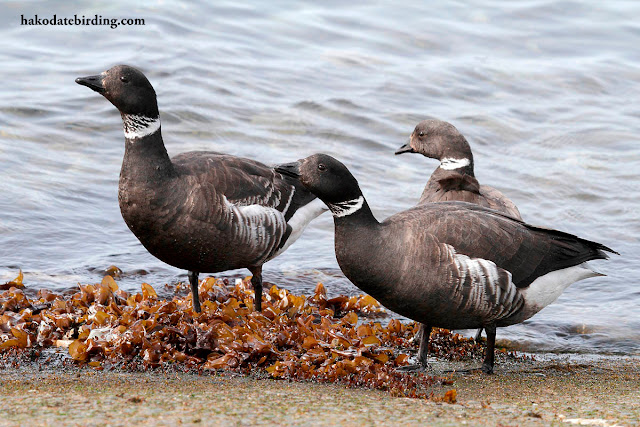 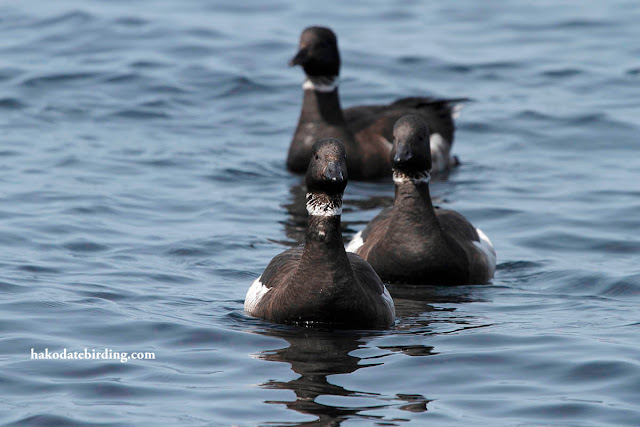 I changed the colour profile on my camera to Adobe RGB (instead of sRGB). This is supposedly so I can make better prints. It might mean that if you're looking at these photos on certain browsers the colour may be a little muted. If it is that means I f**ked up something on the way from my camera via Canon DPP to Photoshop. Let me know if it that is the case. I looked it up on several sites but too be honest it was a little above my head and my eyes are tired and now I just want to relax and open a cold beer.

Not much else around. A Black Necked Grebe in full summer plumage, groups of Red Breasted Merganser, a few Scaup, Pelagic Cormorant and so on. In town it's been very quiet. Still lots of Hawfinch and Dusky Thrush, a lone Coot has been on the river the last 3 days and a male Kestrel flew over on Sunday. The latter 2 species are much rarer here than in the UK.

There were also lots of Harlequin Ducks today but they were a bit far away for a decent shot. 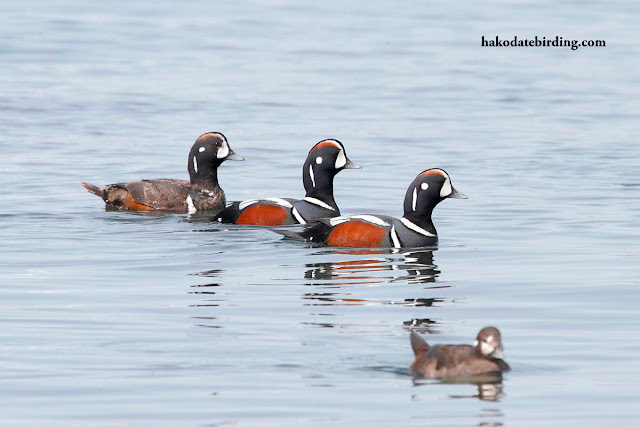 Liverpool were abject again against Man U. Torres was doing Heskey impressions in the 2nd half, Gerard has stopped caring, bar a couple of others the rest of the team isn't good enough and Benitez is sitting pretty on a huge contract that makes him unsackable.

Please click this ranking link if you have the time. It won't do anything to your computer but it will make me appear slightly more popular in the Japanese birding blogging community. So it's got to be worth it.