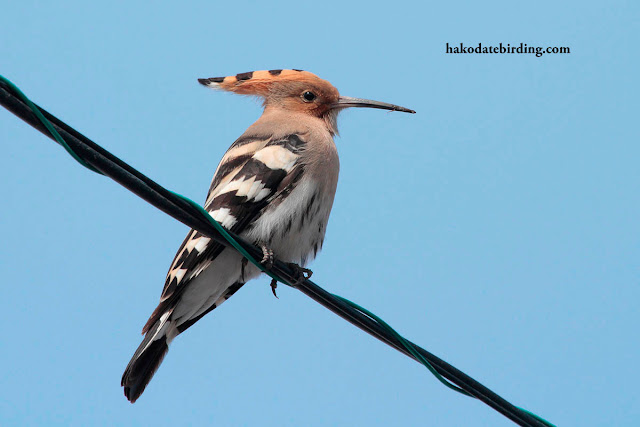 A nice find this morning, a Hoopoe about 100 yards from my flat!

A scarce bird in Japan but probably commoner than in the UK. I've seen several in Japan over the years. 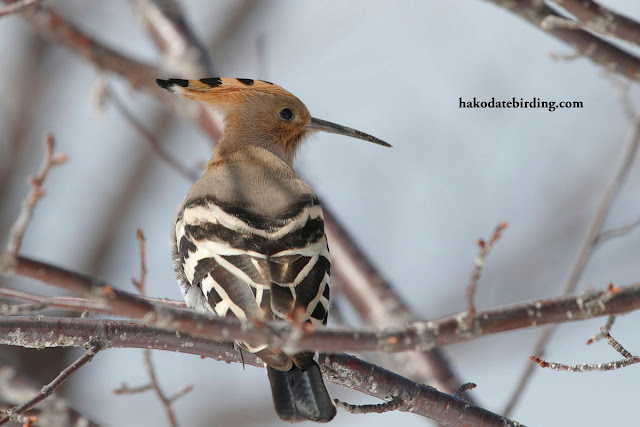 It was a bit nervous and kept flying off, the local Crows were harrying it. 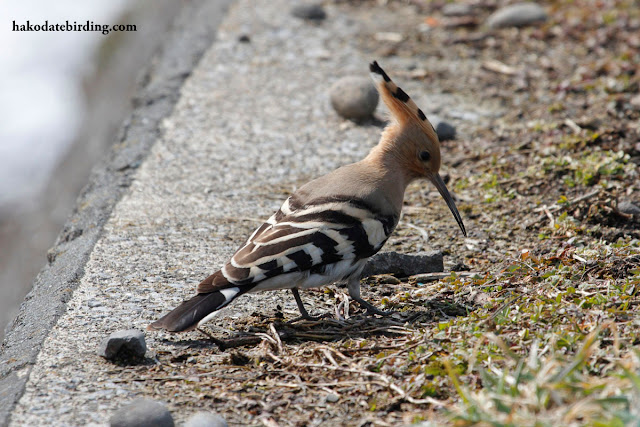 This is the second I've seen in Hakodate, the last one was on March 30th 2005. That arrived after some very strong westerlies as did this one (last weekend saw some terrible windy weather with heavy snow too).

Strange to see them when there's snow on the ground, they're a bird I associate with sunny olive groves. 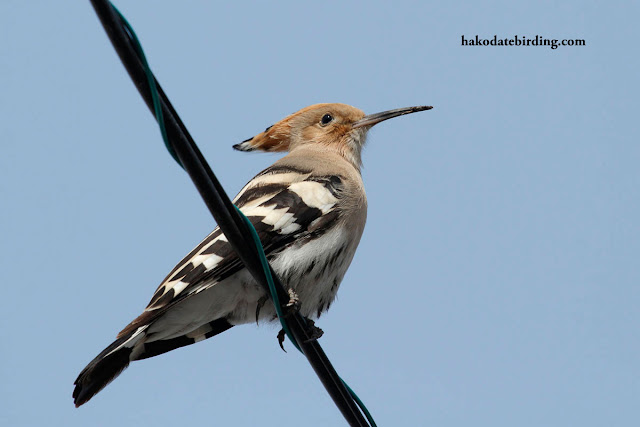 This is the second exciting bird since I last posted. The other was a juvenile Stellers Sea Eagle flying over the sea yesterday. Too far off for anything but a record shot (I won't bother posting one here) but a local tick, I think that leaves my Hakodate list on either 194 or 195.

I went to Kamiso last Friday but not only were there no birds it was absolutely freezing too. No photos from that day. Yesterday I walked down the river and was surprised to see a pair of Red Breasted Merganser well upstream. Here's the male. 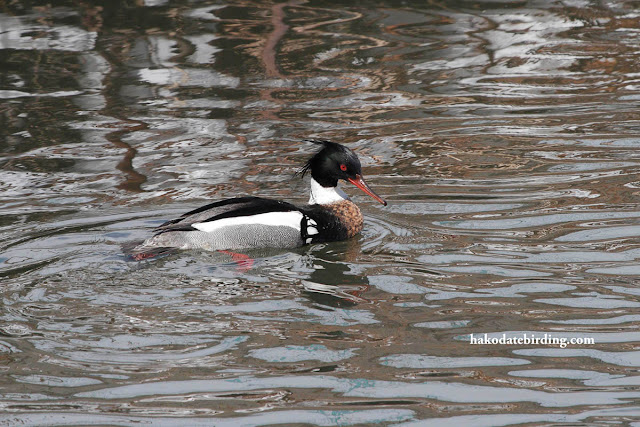 I got much closer than this and the bird was in perfect light and just as I was ready to press the shutter one of those right wing propaganda trucks switched on its loudspeaker and the ducks flew off never to be seen again. Morons. '"F**king Facists Foil Foto" was the working title of this post until the I saw the Hoopoe.

Lots of Hawfinches too, this one was from yesterday. 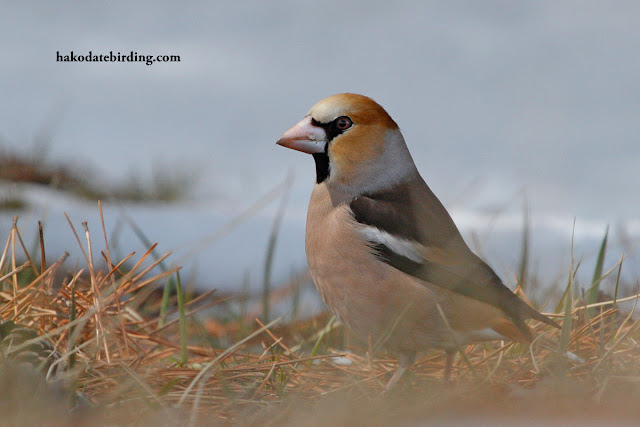 I think I overdid some of the colours in today's photos, some (like the one above) look a bit artificial.........hmmmm.

These ones were taken through a mesh fence this morning. 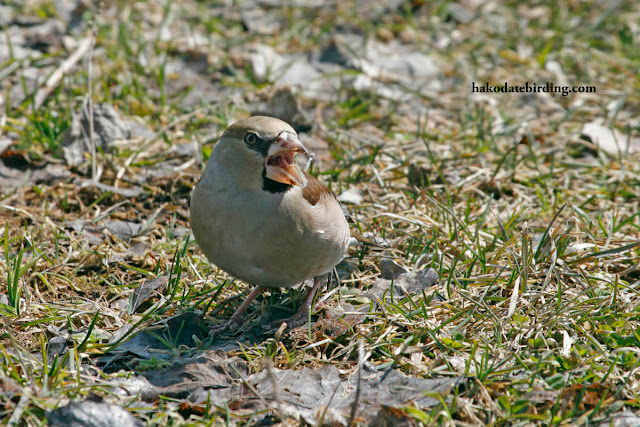 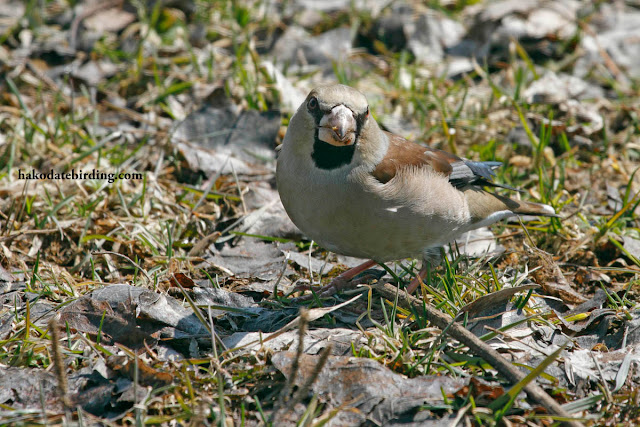 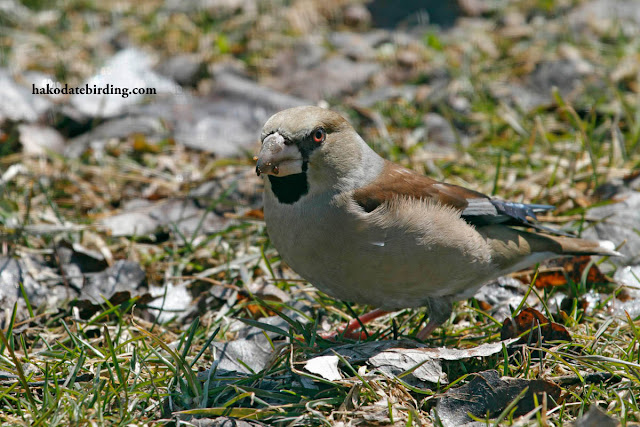 I could have added 'fences' to the original title of this post too.

So Liverpool decided to start playing well with only half a dozen games to go. Looking at Villa's collapse and the run-ins for Spurs/Man City 4th place may still be possible I suppose.

Click on this if you have the time, I'll be grateful as it means I'll shoot up the rankings.