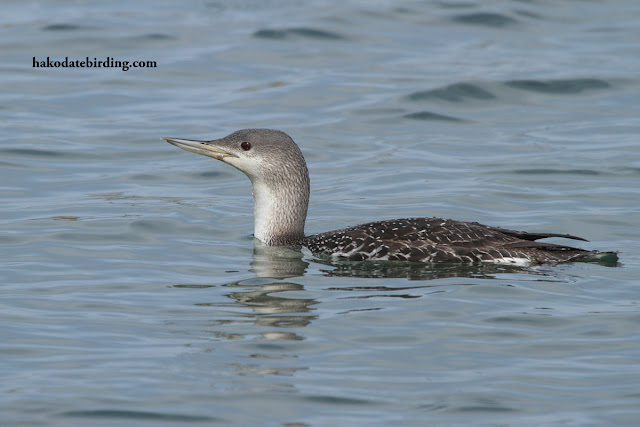 I went back to Kamiso today with high hopes after last week. Today the light was good and the wind not too strong, perfect for photographing birds in the harbour. Only one problem. There were no birds at all when I arrived. Just a few of the resident Gulls. I looked around a few other spots and found a few ducks and other types of Gull but nothing especially interesting. Black Scoter, Glaucous Gull and that's about it.

When I returned to the harbour the above Red Throated Diver was there. Judging by the odd shaped beak it must be the same one from last week. Most of the time it was way out in the middle of the harbour.......it was a bit more active than last week at least. 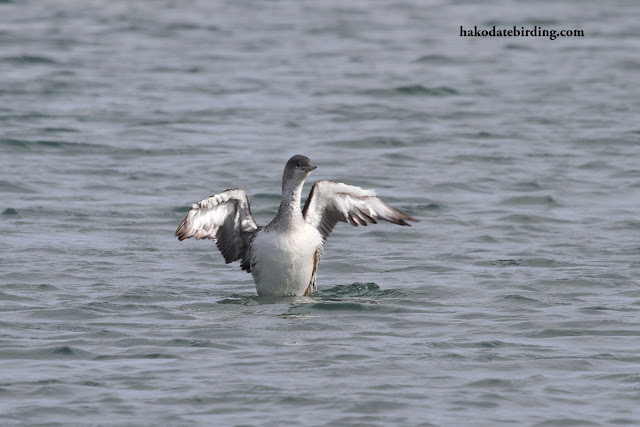 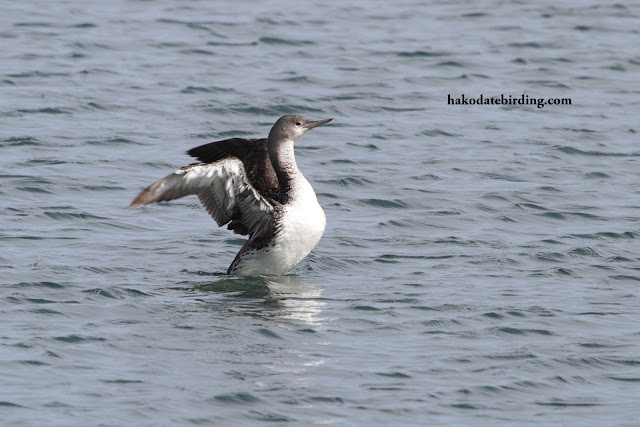 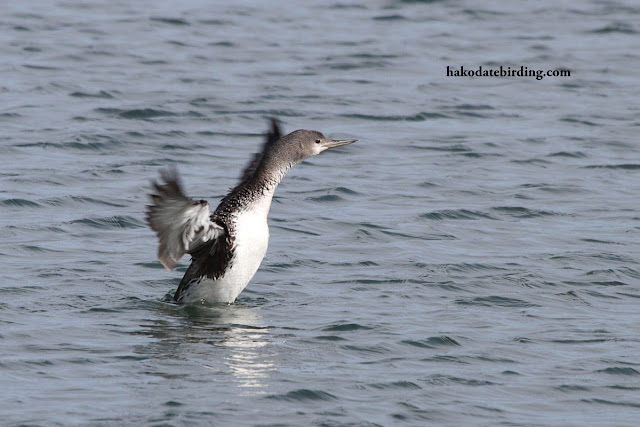 I sat down and eventually it swam a bit closer, dived and popped up a few metres away. 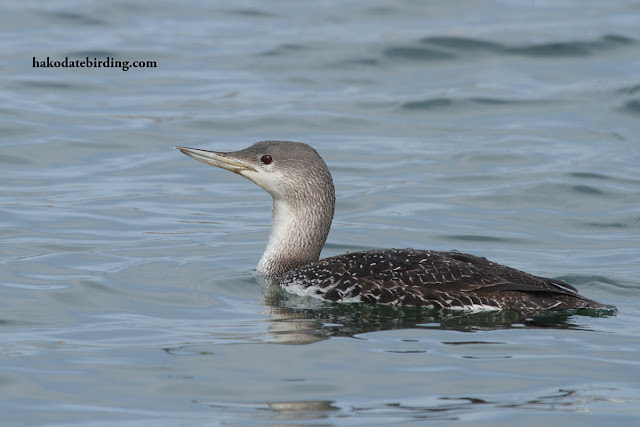 It then swam out of the harbour and back out to sea where this photo was taken. 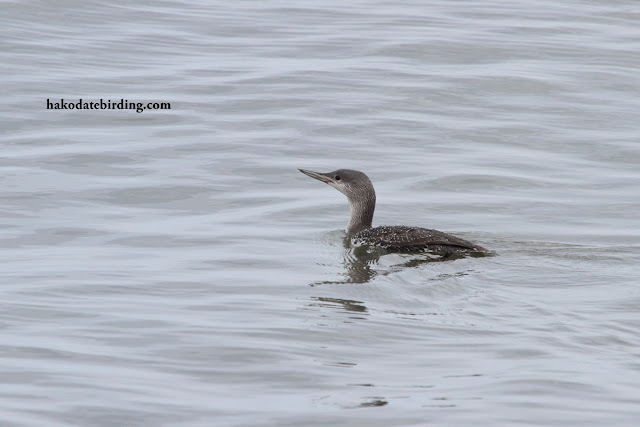 The only other birds in the harbour were 2 female Scaup, one female Goldeneye and this male Red Breasted Merganser. 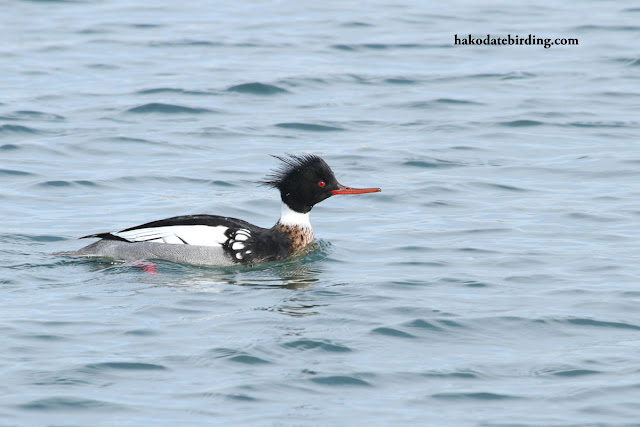 Not a single Grebe anywhere, even on the sea.

I took the train to Kamiso, the first time I'd taken the train there since this day with the Red Necked Stints last year. I may have to do a lot more train journeys as our car is officially dead, it's not worth fixing and is probably too dangerous to drive anywhere in its current state. We aren't really in the position to get a replacement: that will have to wait until the autumn so it looks like 6 or so months without wheels. I'll miss quite a few interesting birds; the spring/autumn wader passage at Yakumo, the offshore Shearwater/Pharalope movements at Esan in May, the breeding warblers and wetland stuff at Oshamanbe......................but it can't be helped I suppose.

So I'll have to concentrate on stuff nearer home. You can't get any nearer than this, a Hawfinch snapped out of my living room window this morning......... 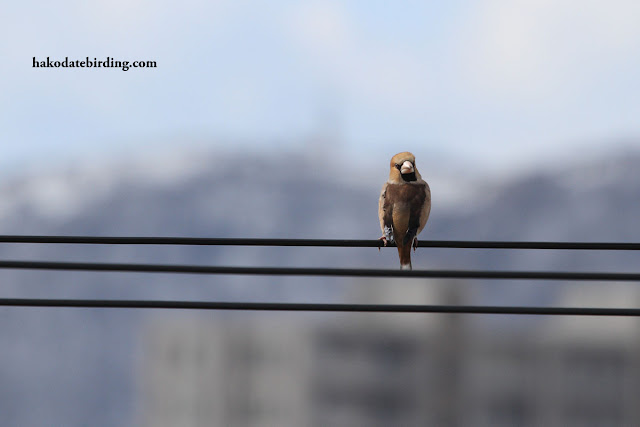 Didn't know they could do that with their heads.