Kingfisher and other stuff 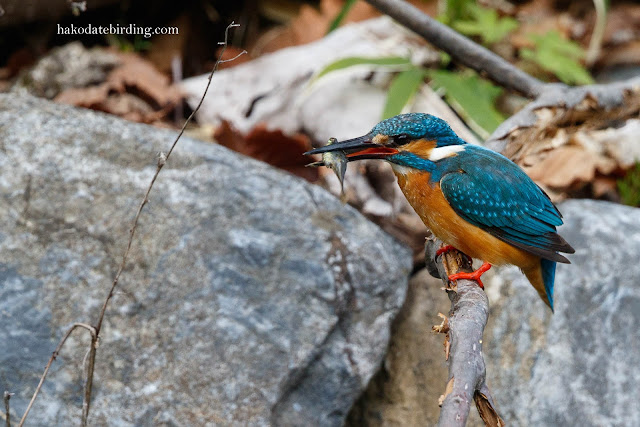 
A pretty quiet day, not much around in Yakumo: Osprey, Peregrine, Great and Little Egrets, lots of Pintail and Teal but no waders anywhere.

We headed inland a bit and saw this Kingfisher. 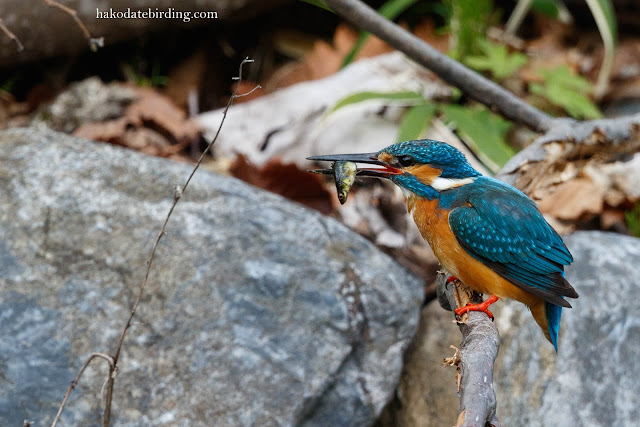 Also around were lots of Eastern Crowned Warbler and also Pale Thrush. At Mori there were some White-eyes in the sakura. 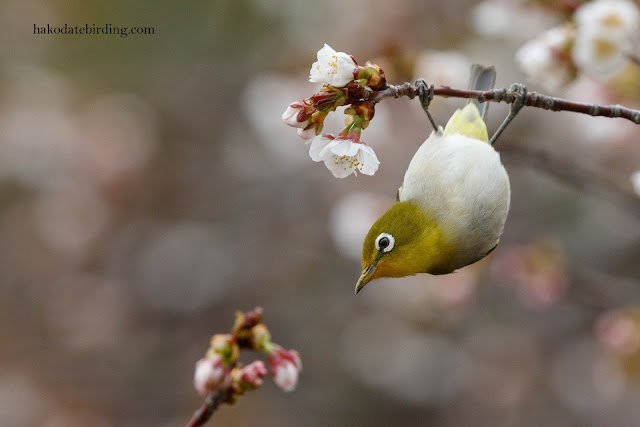 Nearer home it was nice to see the several of the East Asian race of Common Gull in full breeding plumage......... 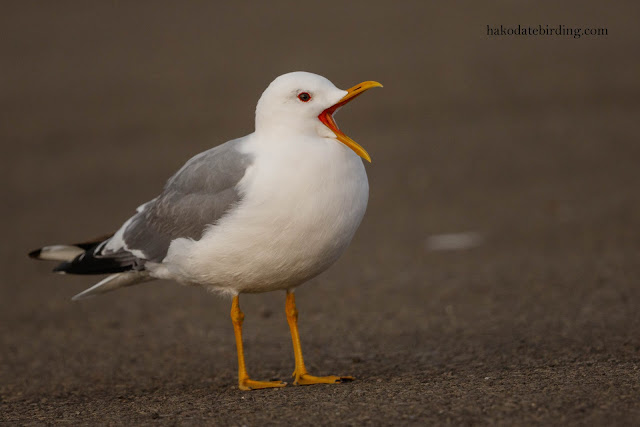