Another long and fruitless day 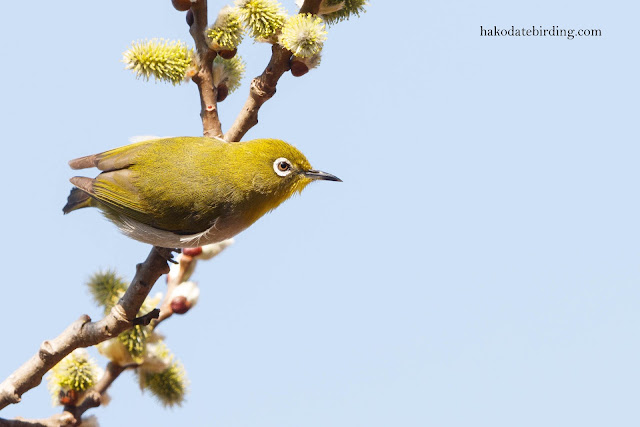 
But like yesterday I barely got any decent pictures. Up Mt Hakodate we got various common migrants including lots of Japanese White-eye. 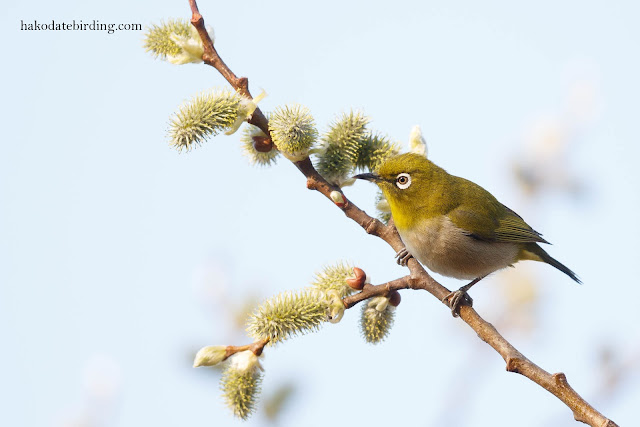 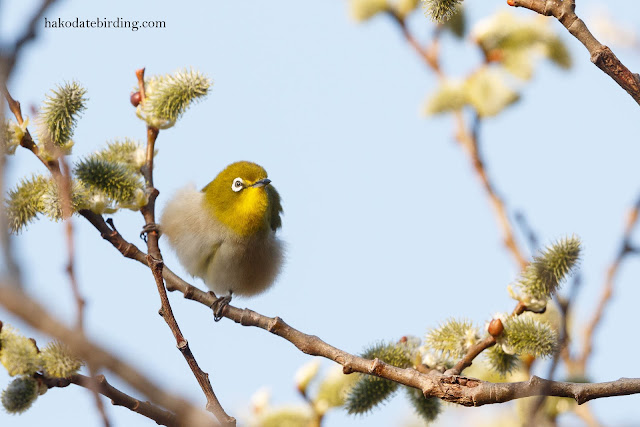 There were lots of Red-flanked Bluetail but they were very hard to photograph as they kept just out of reach and flitted around in the shadows, this blurry one was the best I could manage. 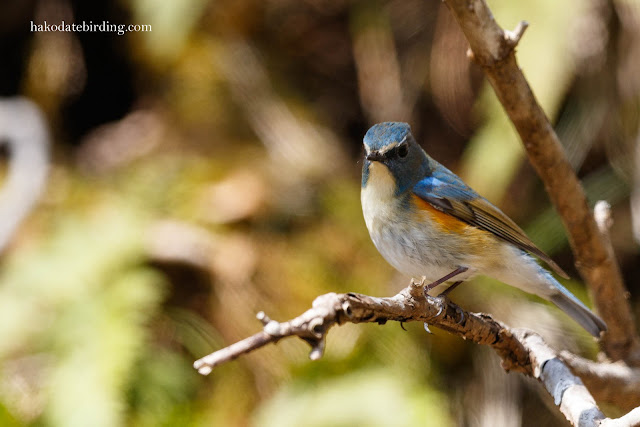 Out west Intermediate Egret was the best species but it flew off before I could get a shot. Other stuff included Rhinoceros Auklet, Black-throated Diver, Peregrine and Osprey. St onuma there were more summer arrivals including Japanese Thrush, Russet Sparrow and Asian Stubtail but, again, no shots survived the cull.