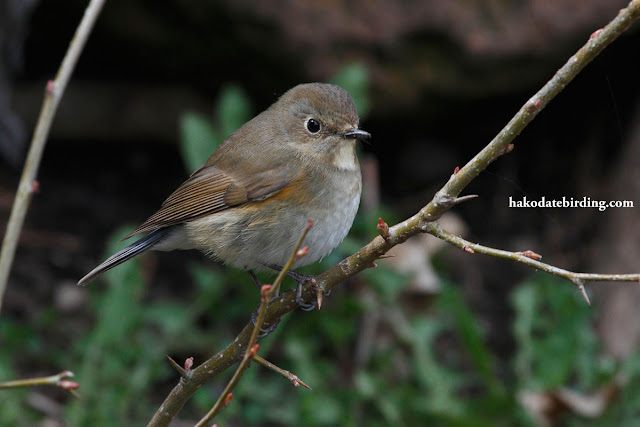 A female Red Flanked Bluetail in a small vegetable garden next to the river this morning. As is usual with this species it kept flitting around in the shade, at least this one kept still long enough for this shot, shame it was so dark. At 1/250 sec it's on my personal limit of handholdability for the 100-400. Hopefully I'll get a nice shot of a male this spring.........

The first Bullheaded Shrikes have appeared and the first buds are on the trees. It's spring. 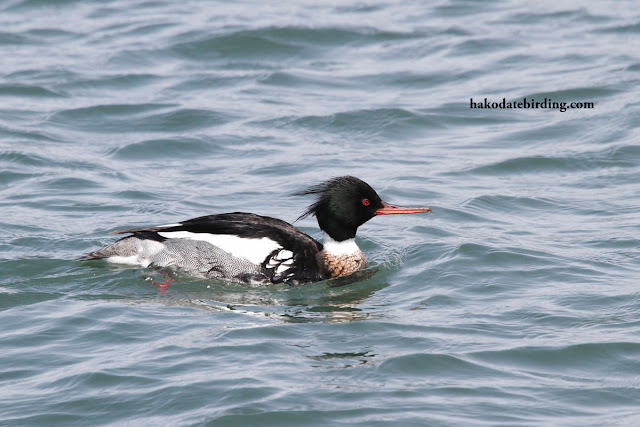 Not much else around, still quite a few Red Breasted Merganser on the sea. This Black Kite was from a particularly fruitless trip to Kamiso last week. 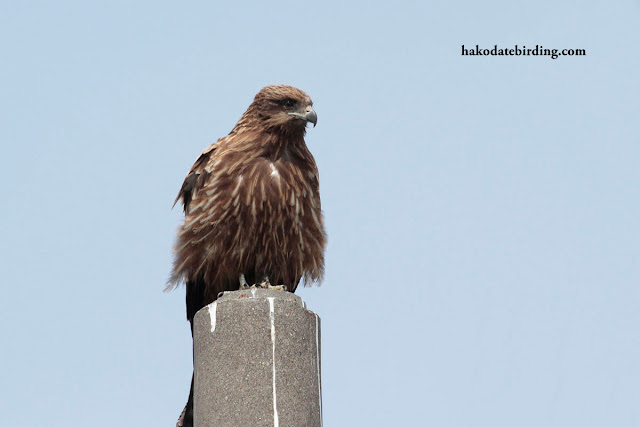 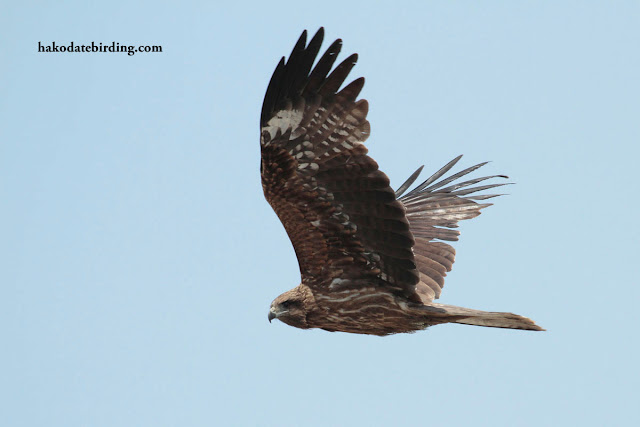 Things should pick up in the next week or 2, there should be a big influx of migrants at the end of April/start of May. I have to show a couple of visiting birders around on Thursday, hope there's some interesting stuff in the forest on Mt Hakodate.

Due to a delay in paperwork we are still carless but we should definitely have it by the end of the week just in time for spring in Onuma and the May wader passage in Yakumo.

Well haven't Liverpool been pathetic in their last 2 Premier League games? If they'd beaten B'ham and Fulham they'd be in with a great shout of 4th place. But a team that relies on a 4th rate player like N'gog to lead the line has no right to expect a place in the Champions League.

Thanks for your support when you click this link.