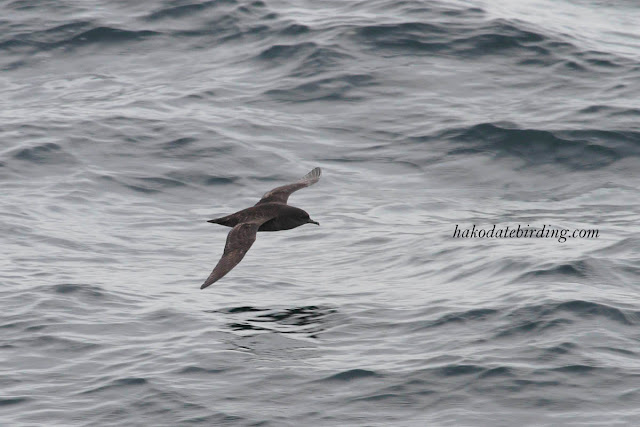 A Short Tailed Shearwater in the Tsugaru Straits this afternoon.

I joined a local birding group's outing on the Hakodate-Oma ferry. Oma is a smal port in the north of Honshu, it's a out 90 minutes away from Hakodate. Short tailed Shearwaters were the focus of the trip, countless numbers migrate through the straits and have come all the way from Tasmania. I've seen them from the shore before but this was the first time I've been close. 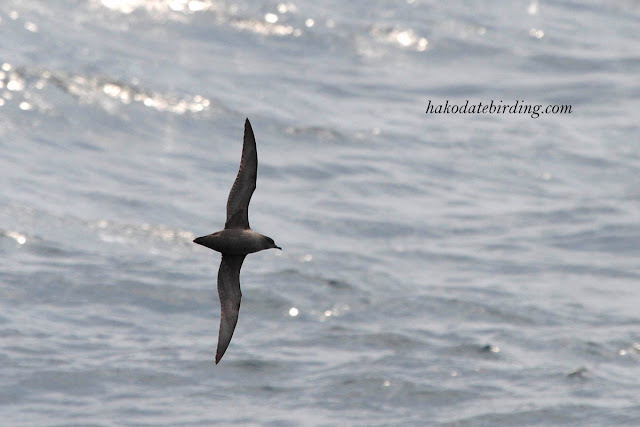 They were tricky to photograph, I have lots of shots of out of focus birds and in focus waves. Other stuff on the sea included Rhinoceros Auklet and a couple of flocks of Red Pharalope. This was a lifer for me. 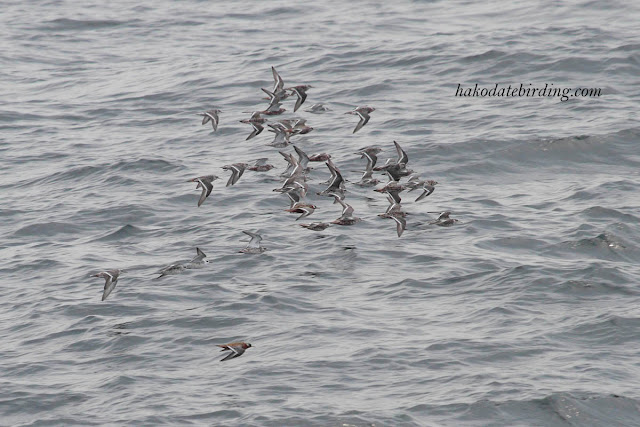 In late May there is a heavy passage of Red Necked Pharalope (which again can be seen from the shore) but I didn't realise the other species was here too. Nice to see a few in summer plumage too.

There were also some Dolphins which were impossible to get a decent shot of. 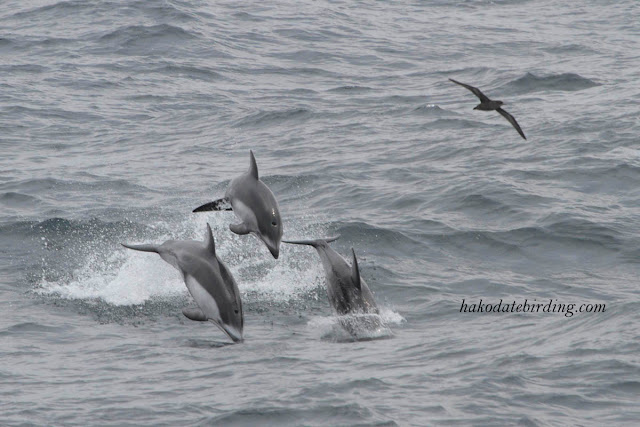 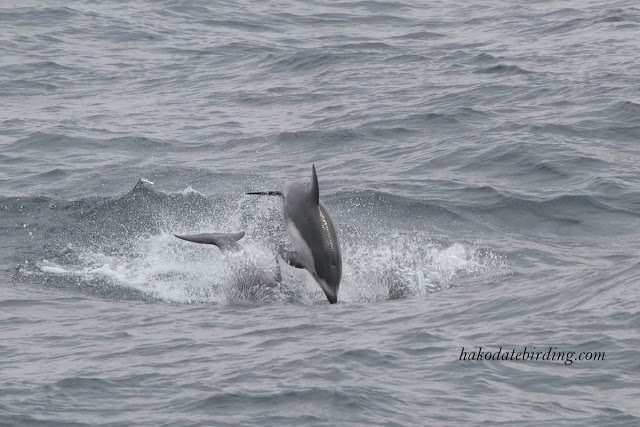 So landed at Oma and had 2 or 3 hours to kill. Oma is a really rundown ramshackle place. It is noticeably poorer than Hokkaido and the town seems to lack any facilities whatsoever. This ferry service will close later this year meaning Oma will be even more of a dead-end. Me and the wife came here 10 years ago to visit the nearby Osore-zan to see the itako (mediums who can speak to the dead.............yeah right) do their thing. It was a backwater then too........

There were a few birds however. Brent Geese and Whooper Swan flocks were heading north and there was an Osprey fishing in the port. When I was taking these I was thinking 'wow, these are going to be my best ever Osprey shots'. 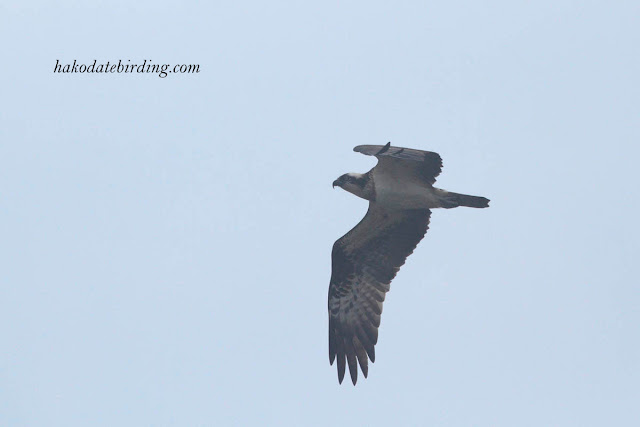 When I looked at them a couple of minutes later I was thinking 'wow, what the f**k is wrong with these?' I checked the camera settings and then looked at the lens. The optics were filthy, caked with sea spray I guess. I didn't have any lens cleaning gear with me and very gently cleaned it the best I could with the sleeve of my shirt.

There were several species of wader there too. Turnstone, Little Ringed Plover and a summer plumage Pacific Golden Plover. The resulting pics weren't quite as bad but still look as if they were taken through a dirty window. 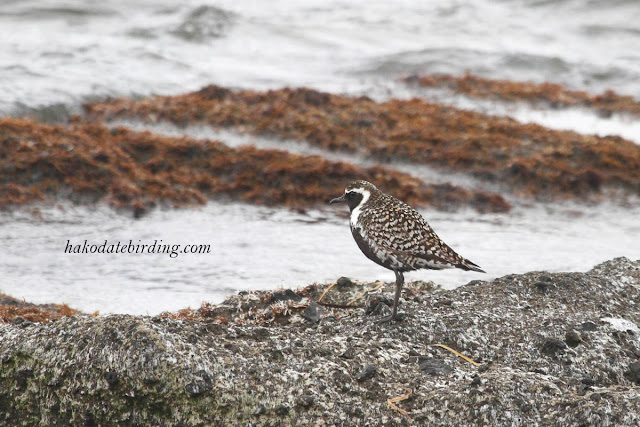 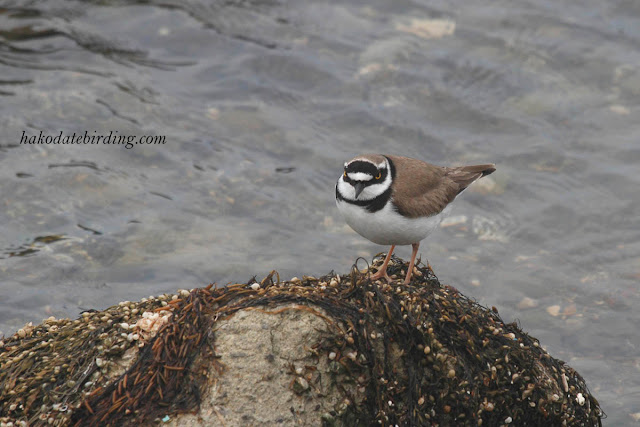 The weather was better on the way back and there were still loads of Shearwaters. This one seems very pale, dunno if it was just the angle and the way the sun caught it or what........... 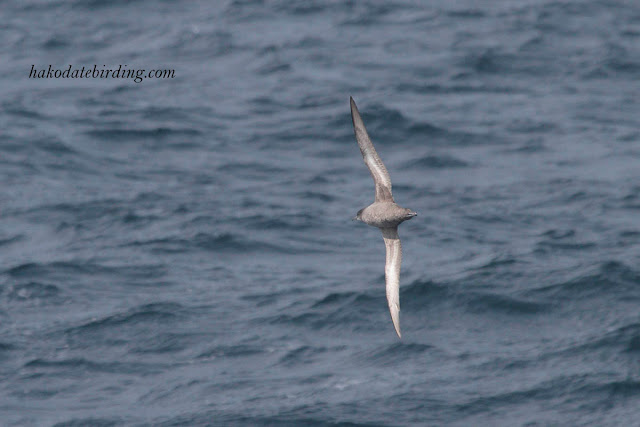 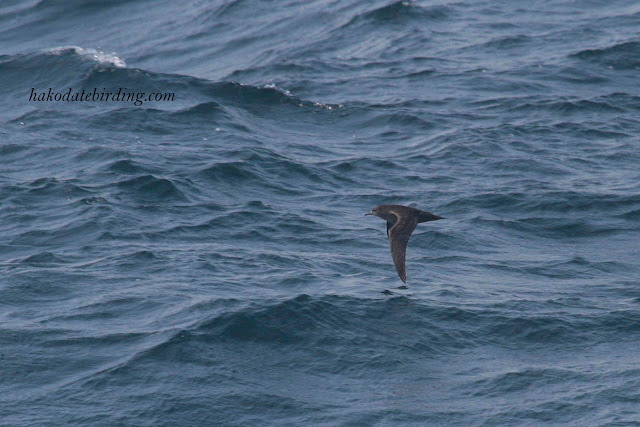 So an interesting day and a nice change. I met some friendly folk including a doctor from Matsumae who spoke extremely good English, the tour 'leader' who is a retired professor and a big expert on seabirds plus a couple from Sapporo who professed to be fans of this blog.

Next time I do this sort of thing I'll put a filter on my lens, a slight drop in IQ quality is better than a salty lens.

Whilst dumping lots of photos in the trash I've been looking through some of the other Pharalope pics and found at least 1 Red Necked Pharalope in there (not on the above pic though).