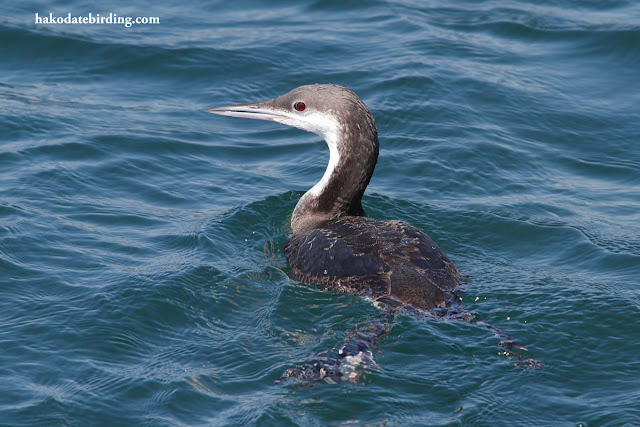 A Black Throated Diver in one of the local harbours this morning. It came close to the quayside allowing me to fire off hundred or so shots. 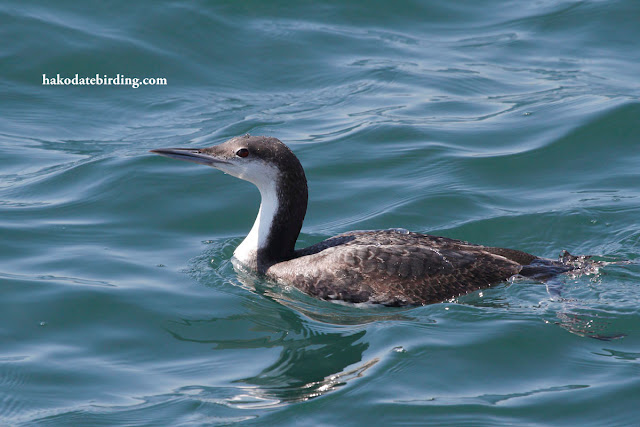 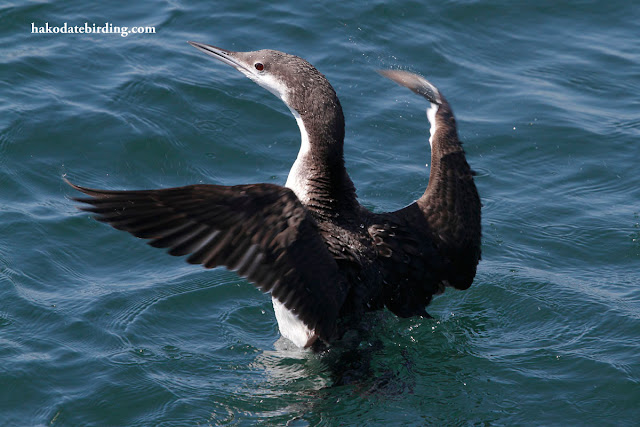 Exposure was tricky, a black and white bird on the sea on a very bright day. Most of my keepers were when the light was behind me of course.

I think it's a Black Throated Diver and not the very similar Pacific Diver. It appeared to have the diagnostic white patch on its flanks although you can't see it so well in most of these photos. 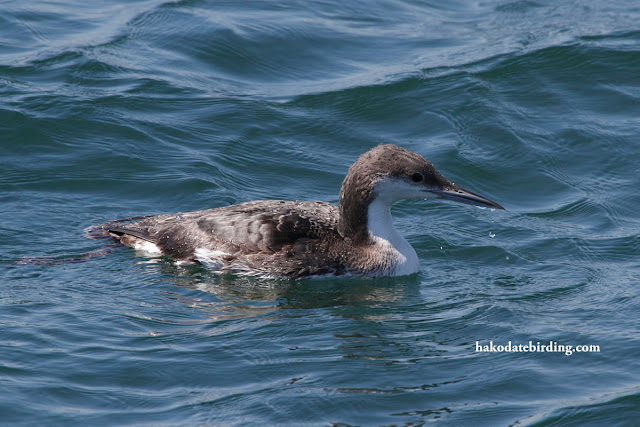 A nice addition to my photo collection, it'll go alongside the Red Throated Diver from last month. 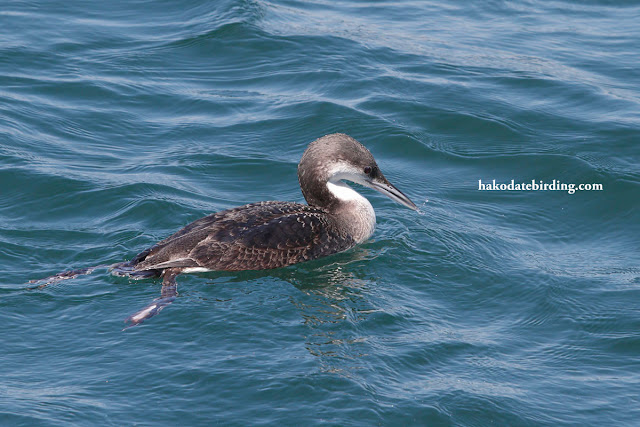 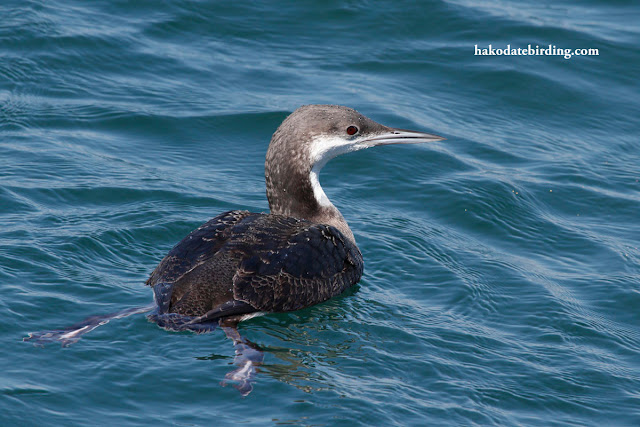 Also around was a lone scruffy looking Black Necked Grebe, a few Scaup, several flocks of Red Breasted Merganser and half a dozen Red Necked Grebe. 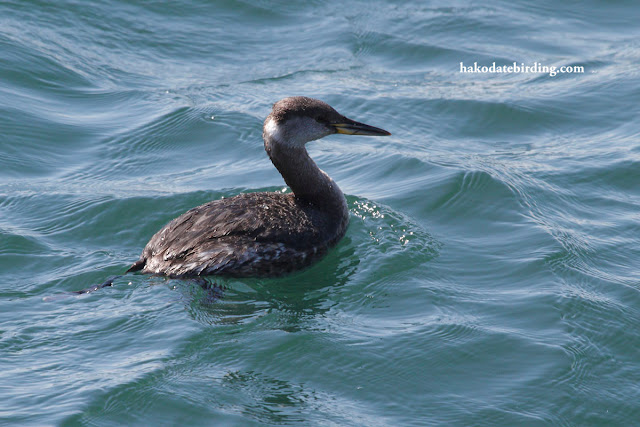 The weather has been great the last week but until today the birding was very very quiet indeed. An Osprey and a Goshawk were nice flyovers on the river and the first Oriental Turtle Dove appeared last Sunday. The female Gadwall has been sticking around, here are 3 photos from 3 separate days. 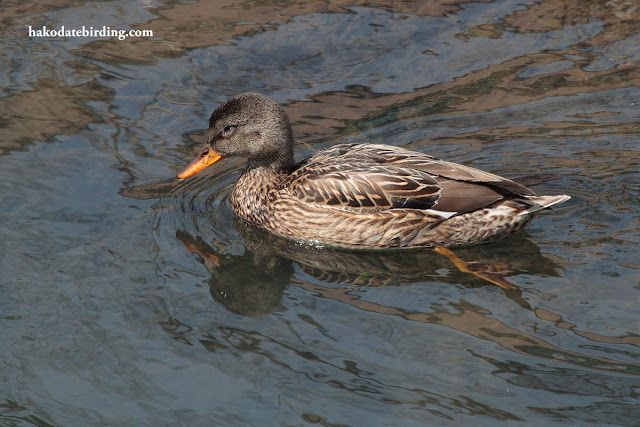 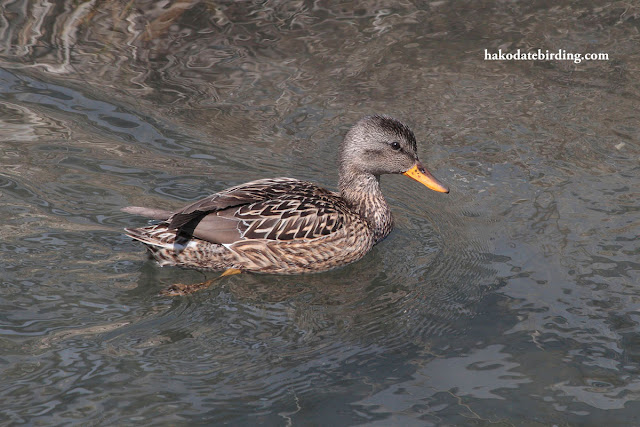 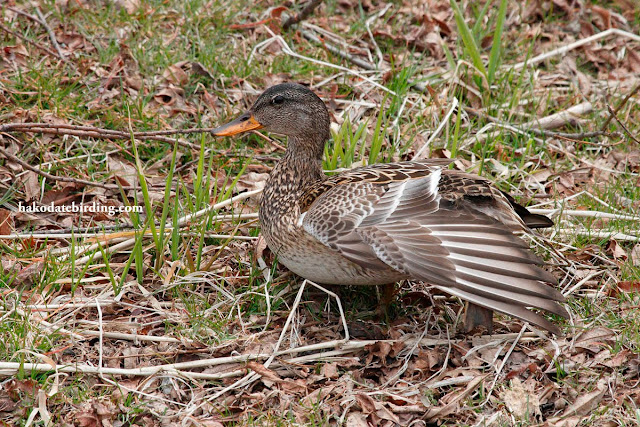 And here is a very short video of a drumming Great Spotted Woodpecker in Goryokaku Park.

I got up to watch the 2 Champions League games, I wasn't surprised Arsenal lost but quite how Man U could throw it away after leading 3-0 is beyond me.

Liverpool aren't going to finish 4th. Only the Europa Cup then. Should I get up in the middle of the night to watch them against Benfica?

So we may get a car by Saturday, paperwork permitting. I hope the weather holds.

After our car died last month my wife's laptop conked out last Sunday meaning after buying the car we then had to buy her a new PC. Never ever buy a computer made by Sharp.

Please click on this link if you have the time, thanks for your support.