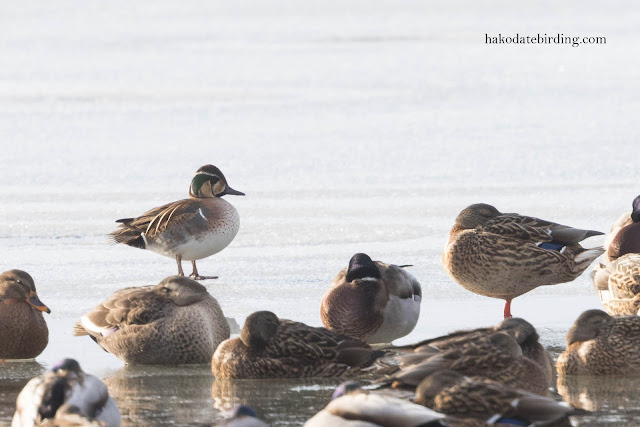 
There were 2 Baikal Teal at Onuma. 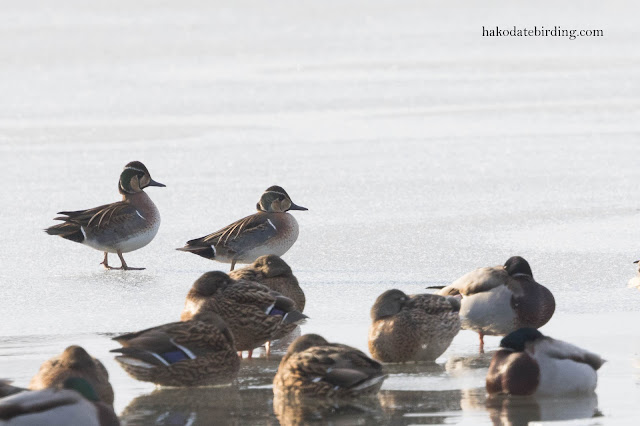 Last year there was a Ring Necked Duck and some Falcated Duck with the Mallards and Whooper Swans and this year this species made a surprise appearance. As far as I know it is a pretty scarce bird in Hokkaido (though more common in southern Japan).

They stayed well out of range and I was shooting into the sun. 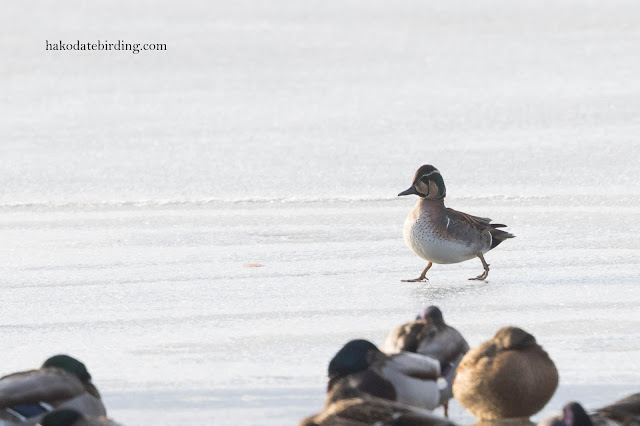 And this lone gull, it seems to be here every winter................is it just a Vega Gull or is it something rarer? The extensive blotchy markings and pale mantle make me think of American Herring Gull (which would be another lifer).................but it's probably just a Vega Gull. Still, odd to see this species so far inland. 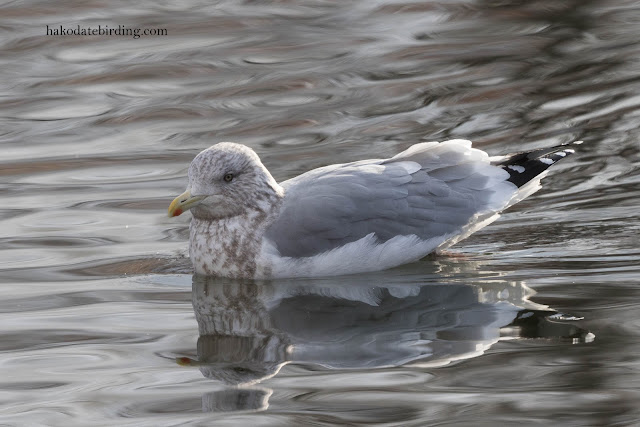 In case anyone can offer an opinion on its ID, here are a couple of shots showing its wing pattern........... 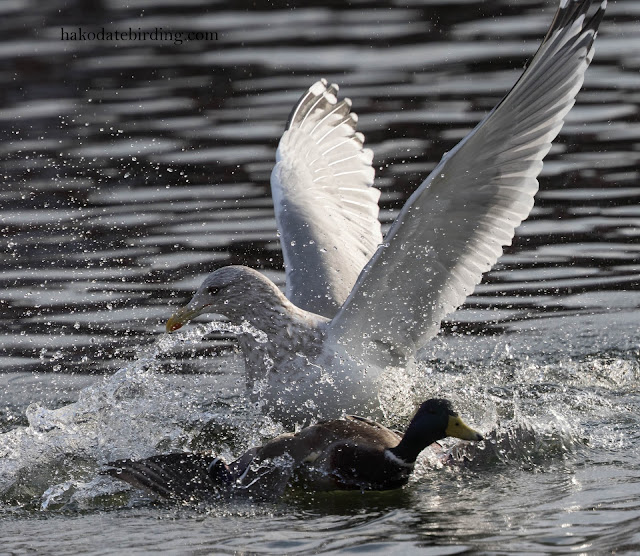 So tomorrow is the 10th anniversary of this blog. I started on January 1st 2007. A lot of stuff has happened in the world since then but my life hasn't changed so much, I still live in the same place and do the same work as I was doing 10 years ago.

When I started I only had a cheap compact camera and cheap scope but in March of that year I got my first DSLR and in November 2007 I got my first decent lens. I'm now on my 3rd camera body and have a bigger, heavier and much more expensive lens. I shudder to think how much I've spent on what is, after all,  only a hobby.

I've replaced my PC twice and the car twice in those 10 years but only visited my home country England 3 times (and domestically I never travel much outside Hokkaido either).

Thank you to all those who visit this blog and leave comments, both past and present. I wonder what the next 10 years will bring?