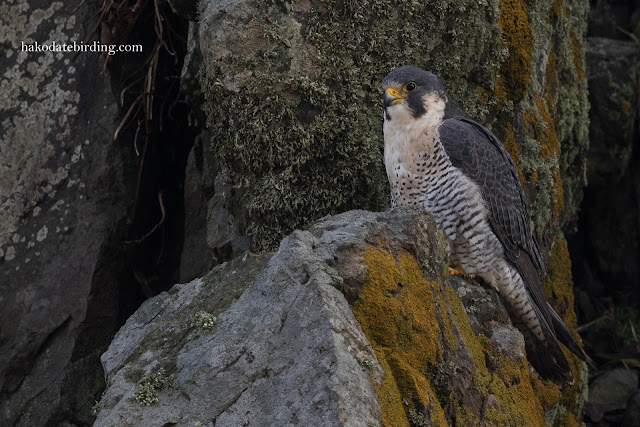 
We headed west this afternoon. Lots of common stuff on the sea: various ducks including Black Scoter, 3 species of grebe, some distant unidentified divers and several groups of Brent Geese.

There were several Peregrine too. 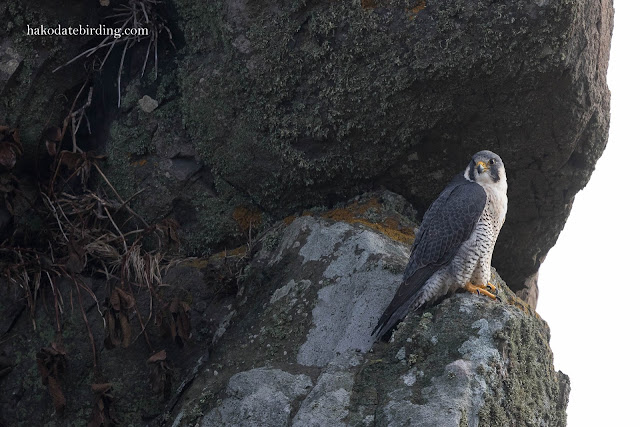 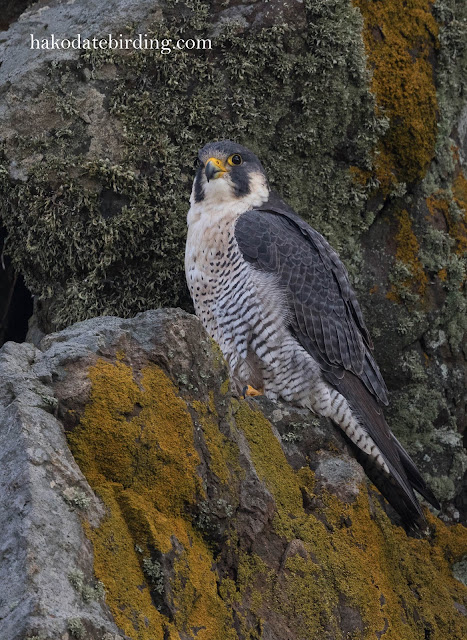 A pair flew off to mob a Stellers Sea Eagle high in the air (too far off to photograph though). 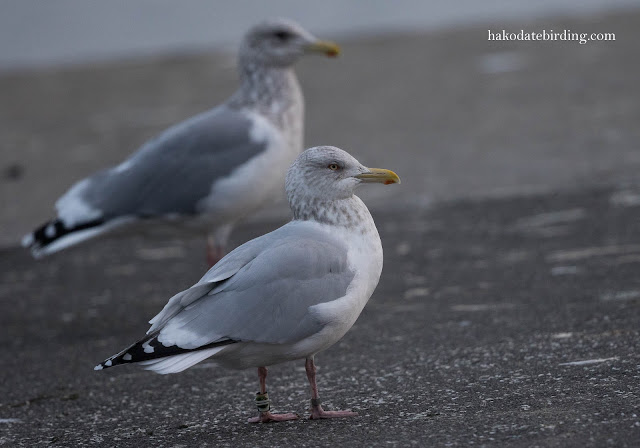 I though it was just a Vega Gull but is clearly paler than the one behind. A Thayers Gull?  It is a bit round-headed and short-legged but the bill looks a bit bulky. American Herring Gull? Maybe but probably not. Just within the normal variations of Vega Gulls? No idea but probably so. These large white-headed gulls all look the same, even in the books.