Painkillers on a dark day 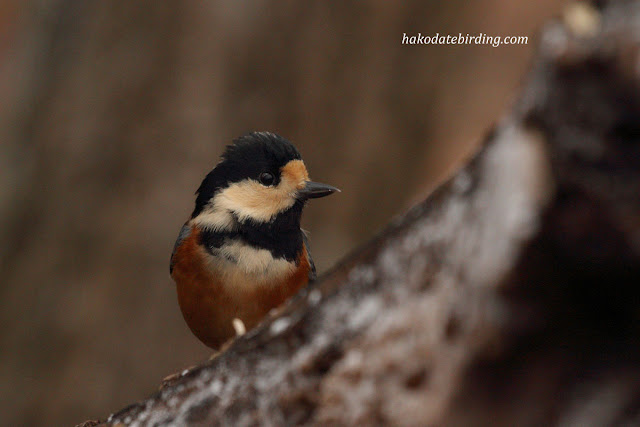 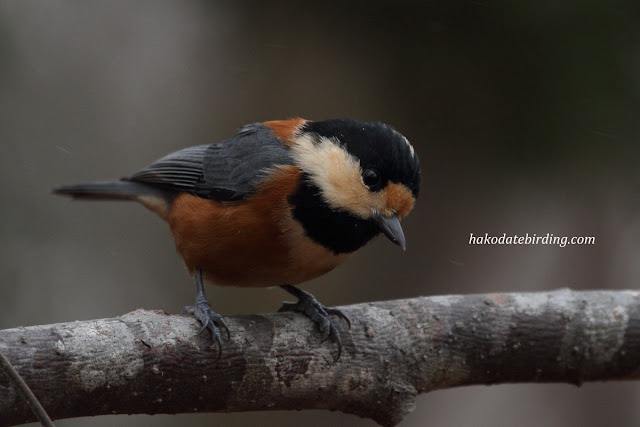 A Varied Tit at Onuma this afternoon. It was a dark dark day with driving wet snow but a trip to the hospital a couple of days ago at least resulted in painkillers that seem to have taken the edge off my limp. Slightly.

They're pretty tame, as you can see. 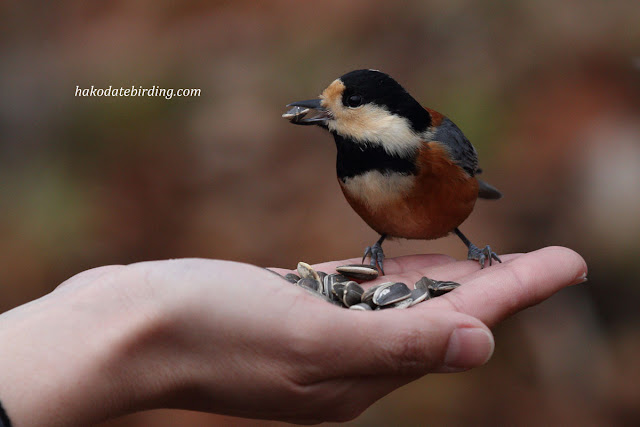 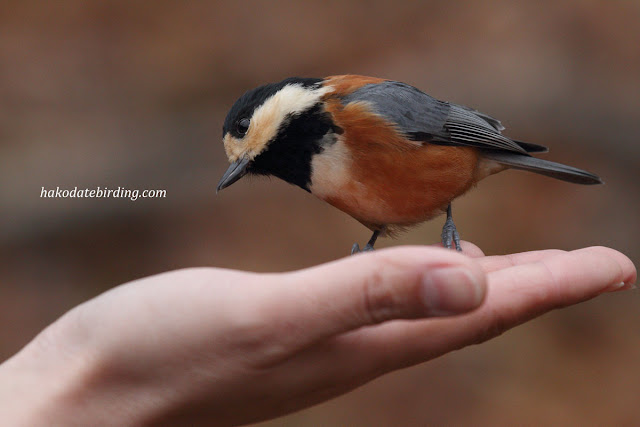 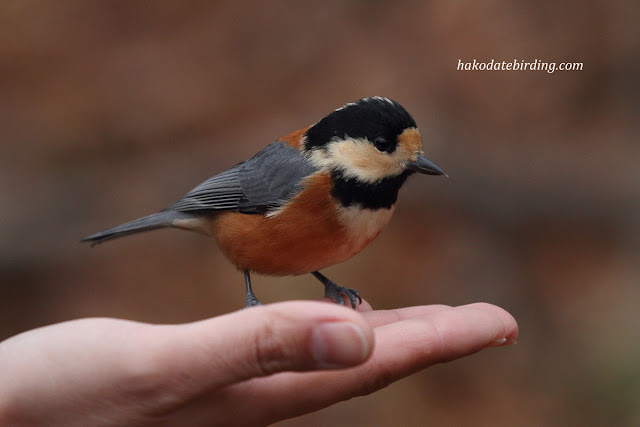 Not much around except the resident woodland birds, I spent half an hour watching a flock of Long Tailed Tits, these are much harder to catch in a nice pose and they aren't like the Varied Tits which behave like pets. 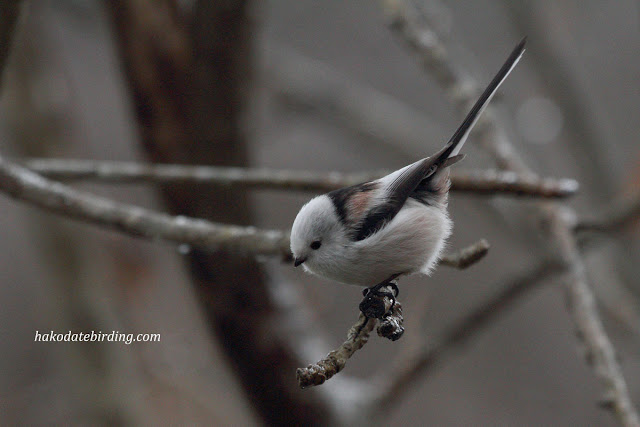 The northern race is very cute it has to be said. 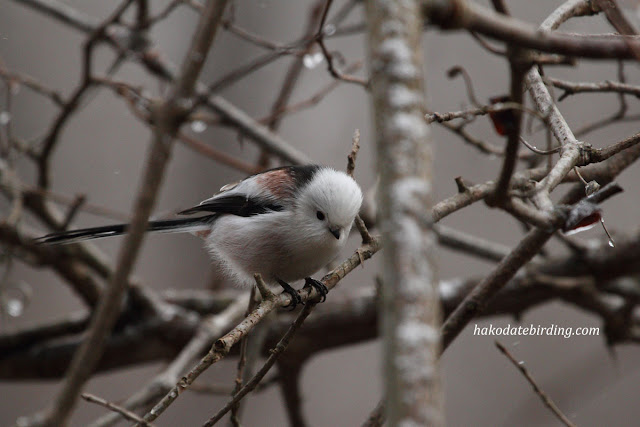 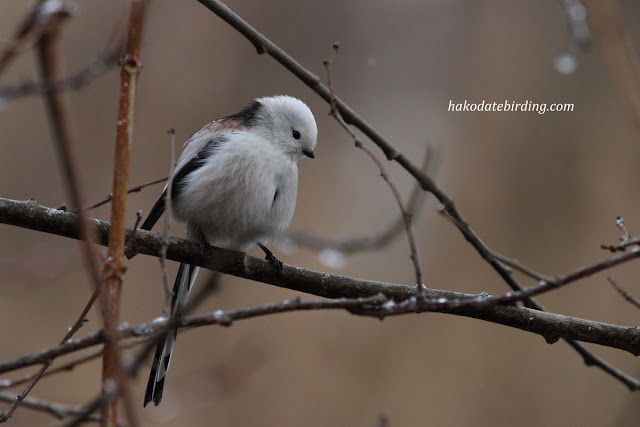 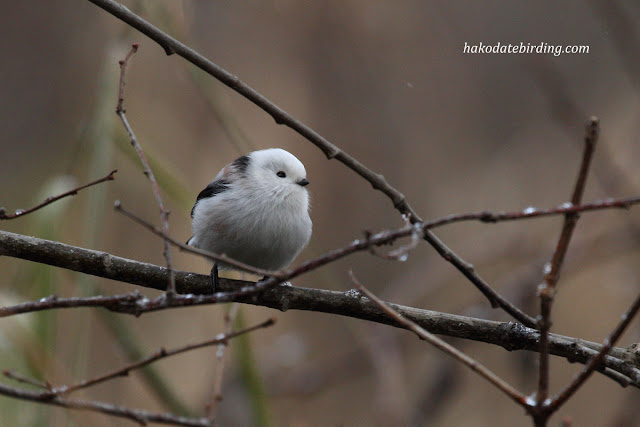 So a real crappy week comes to an end, I have to endure yet more construction noise from tomorrow (the house next door enters its seventh month of construction, the building to the rear of my flat is being pulled down leading to god knows what future noise and oh yeah for no apparent reason other than using up its' budgets  Hakodate f***ing City hall is gonna spend 4 months fixing the b****rd road in front of my flat from next month) and I also have to go back to hospital in a few days too.

At least I can escape to the UK for a while from the middle of December. I'll be jaded, bitter, angry and frazzled inside but serene on the outside as you can see from this pic my wife took of me this afternoon. 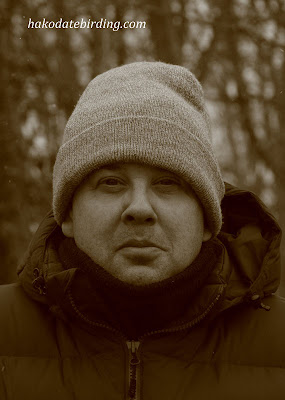 Looks like England will manage to save the First Test, I spent most of the second day following the commentary on cricinfo on my cellphone as I waited in various waiting rooms scattered across one of the local hospitals........