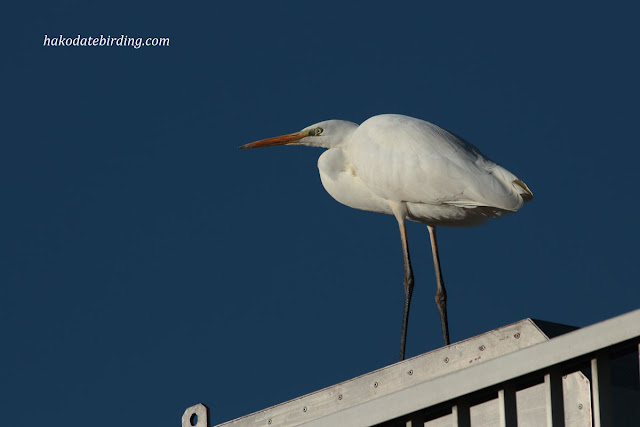 A Great Egret near Kikonai this afternoon. Winter birds are arriving, Black Scoter and other ducks on the sea, lots of Gulls everywhere...........

I was surprised to see this female Pheasant cowering in the bushes near my apartment. 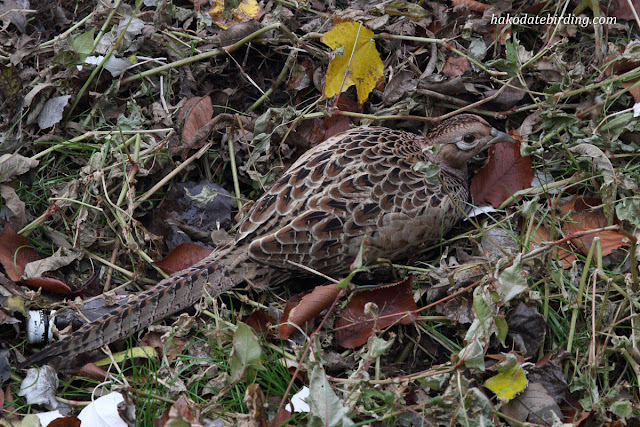 On Sunday I went to Yakumo with a Japanese friend and there were plenty of eagles, they were pretty skittish though and stayed up high. Here's an immature White Tailed followed by an adult and then immature Stellers Sea Eagle. 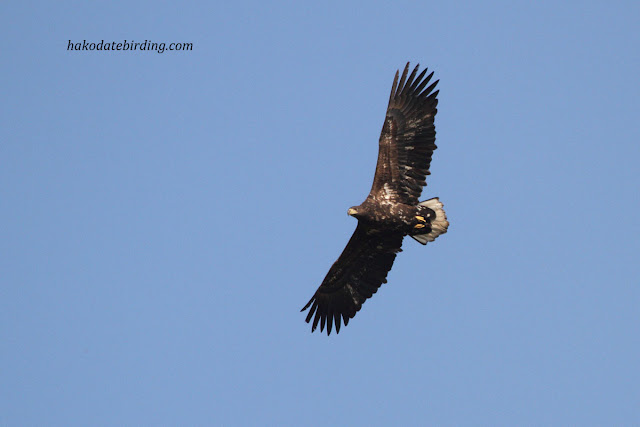 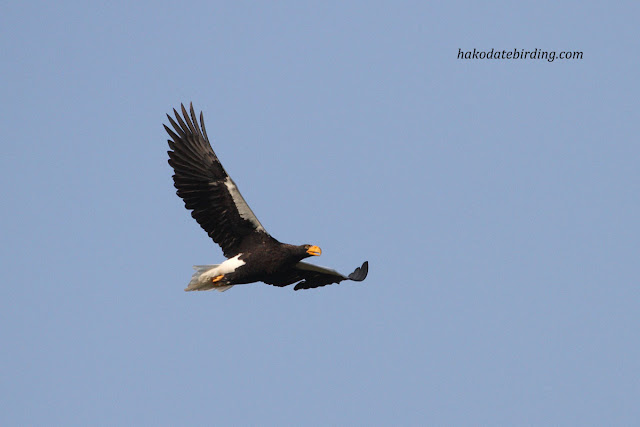 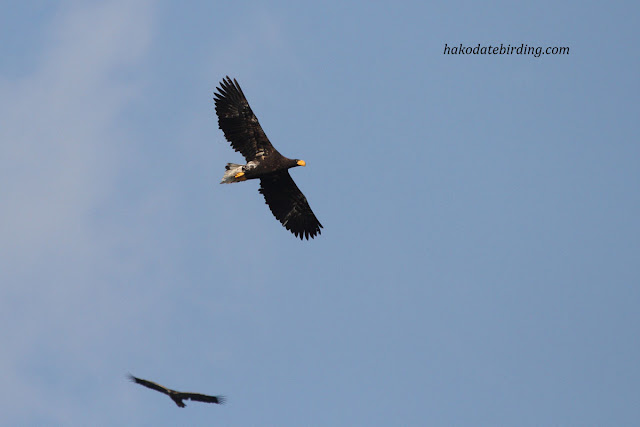 It was in the car after taking these photos that I began to experience excruciating pain down my legs. I seem to have a herniated disk meaning I have back pain and the pinched nerve has seized up my calf muscles meaning I can hardly walk. I think it's called sciatica, a term I was unfamiliar with until Sunday evening. My wife drove me around a little this afternoon and I hobbled a couple of hundred meters on Monday to see if there were any Waxwings around near my flat (there weren't). It took me 10 minutes to complete a walk I'd normally do in about 90 seconds.

Forgive me but I'm not feeling very positive at the moment. An expensive trip to the hospital beckons in the next 2 or 3 days (followed no doubt by an online fight with my insurance company as they try to pay as little as possible) and a long plane flight with a bad back and not being able to walk properly when I go back to the UK isn't filling me with mirth either. Throw in some money worries into the mix too. The construction noise means I can't even relax in peace at home.

A bit of a downer but I know most of my visitors to this blog are Japanese and don't (or can't) even read what I say, for those that do I apologise for my whining, hopefully things will look up soon. In the meantime I don't think I'll be able to do much birding at all.