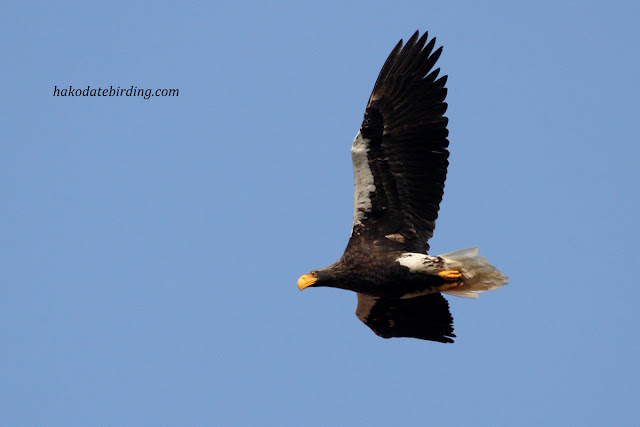 A very warm (about 18 degrees) autumnal day in south Hokkaido saw me end up in Yakumo on the off chance there might be some eagles. There were. 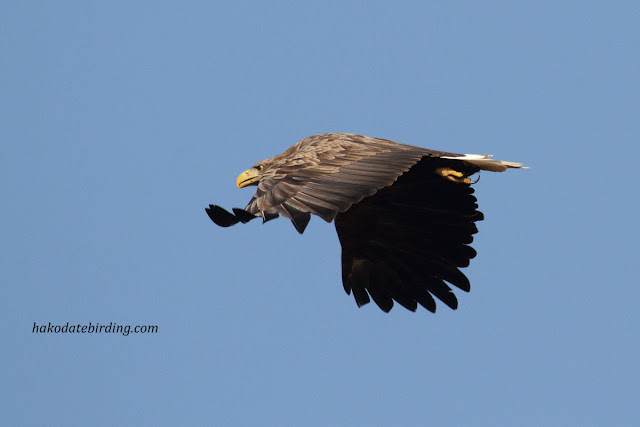 About 8 or 9 individuals maybe, the majority being White Tailed Eagles with only 1 or 2 Stellers Sea Eagles. They were rather wary and I could only get a few cropped BIF shots.

It was weird seeing the eagles in such mild weather, there were still butterflies in the fields, dragonflies were still buzzing around and not a trace of snow or ice in sight, even on the hills. The atmosphere was very autumnal. 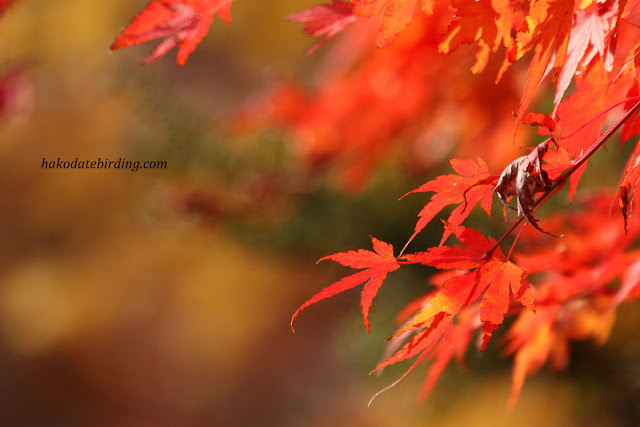 There were some Salmon in the river, not as many as last year but more than the famine year of 2008 when there were hardly any and some eagles apparently actually starved to death in Hokkaido.

January is always the best month for eagle photos, at this time of year they spend most of the time up in the sky. 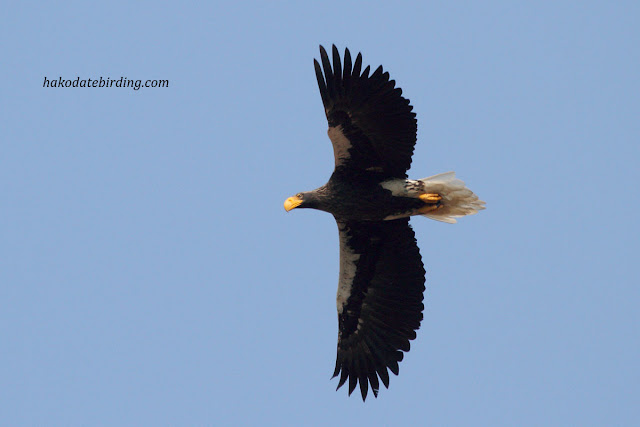 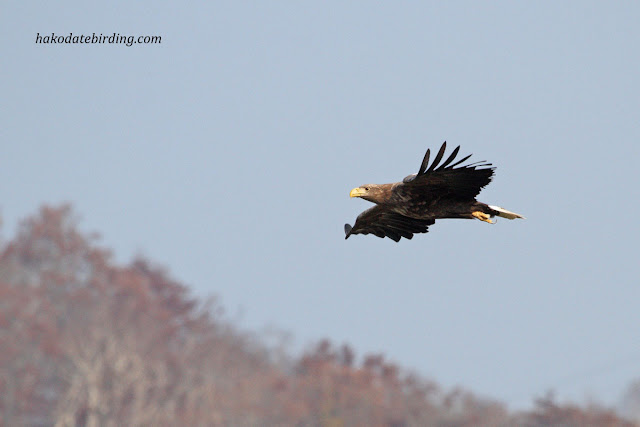 Last night I watched Man U get yet another jammy late winner, Spurs get their comeuppance against some good old Lancashire grit and England losing but surprisingly not getting absolutely slaughtered by New Zealand in the rugby.

You know that construction noise next to my apartment building that I was complaining about all last summer? Well after a few weeks lull in the noise it restarted and the stupid ba**rds still haven't finished. It started in June for christs sake. A World Cup has been and gone, the hottest summer on record burned and fizzled but is now just a memory and Japan also got a new PM in the time it has taken to build ONE stupid f***ing house and a couple of outbuildings.