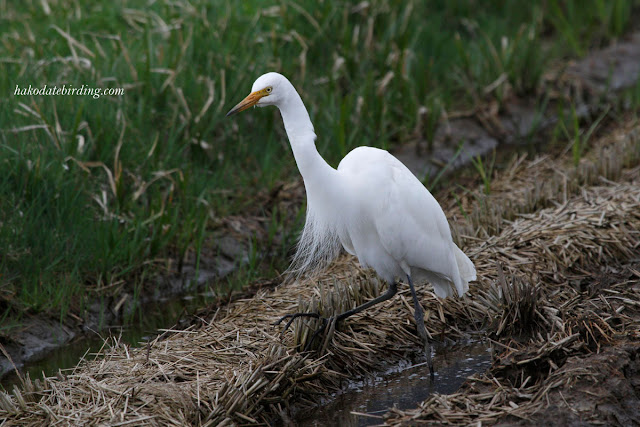 An Intermediate Egret near Onuma this afternoon. This is one of 3 egret species that regularly overshoot in spring and it is the first one I've managed to photograph.

It was a pretty productive day which started with some shorebirds at the beach in Kamiso. 2 Whimbrel and 4 or 5 Grey Tailed Tattler. 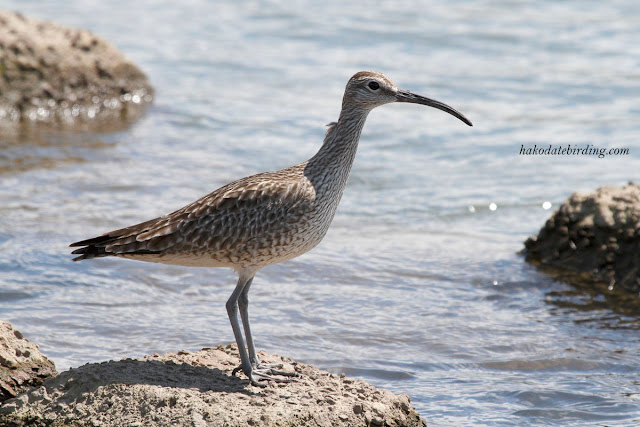 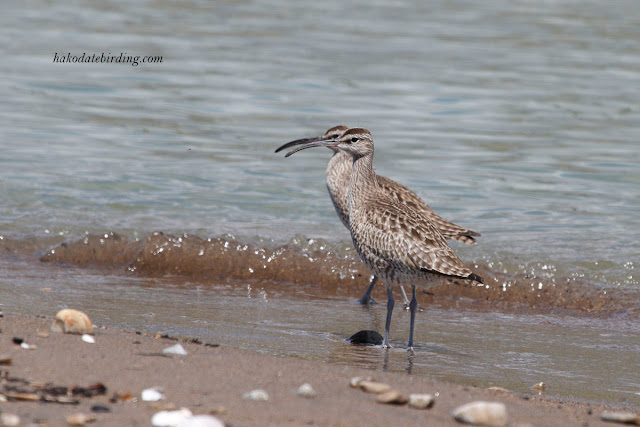 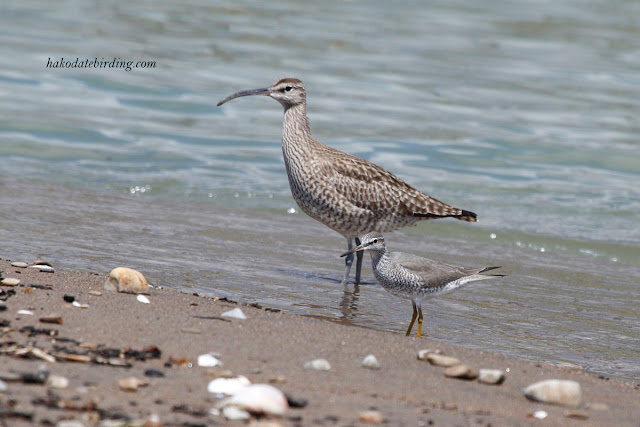 The Tattlers look much better in summer plumage. Unlike most wader species they are as common in spring as in autumn. 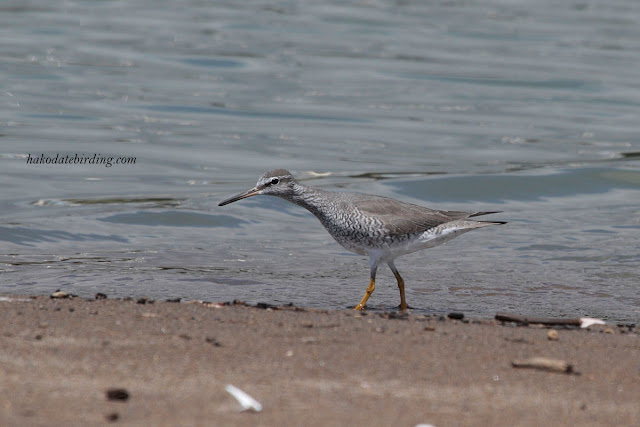 We then headed over to Onuma via Ono. The ricefields haven't been irrigated yet (so no chance of waders) and it is also too early for the Reed Warblers and Night Herons but the Siberian Stonechats were present and getting ready to raise this year's generation. 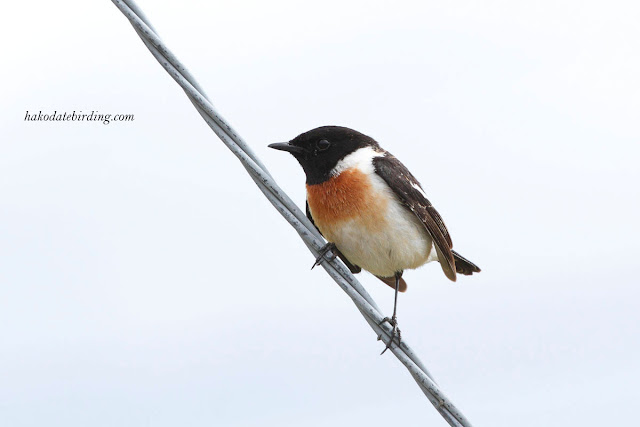 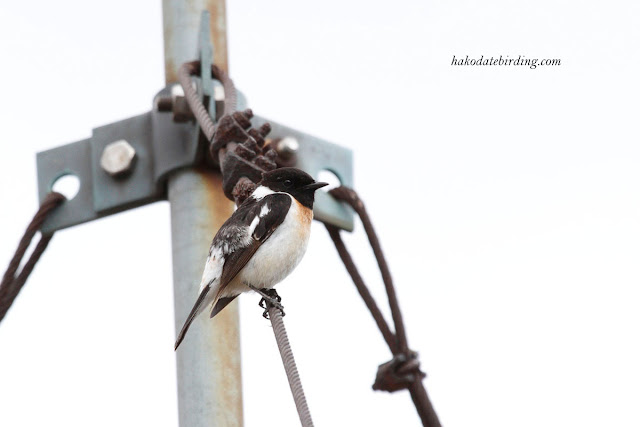 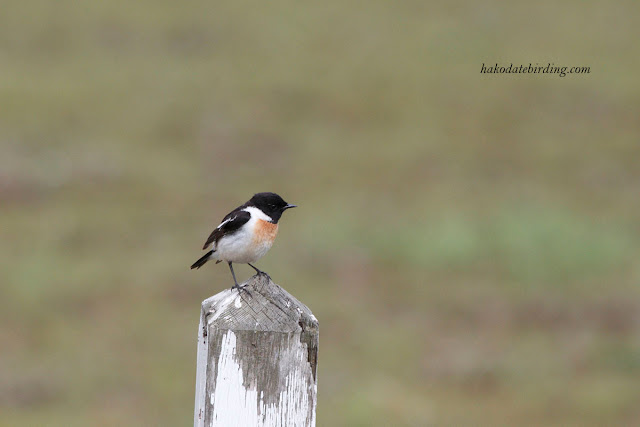 Lots of Skylarks and White Wagtails here too....... 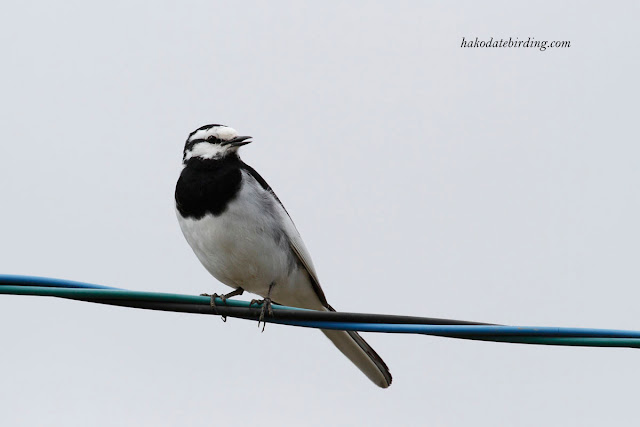 The Intermediate Egret was feeding in a field just outside Onuma. These photos were all from the car window.......... 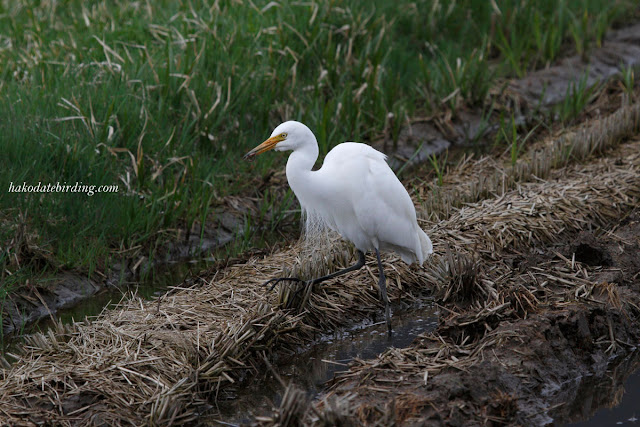 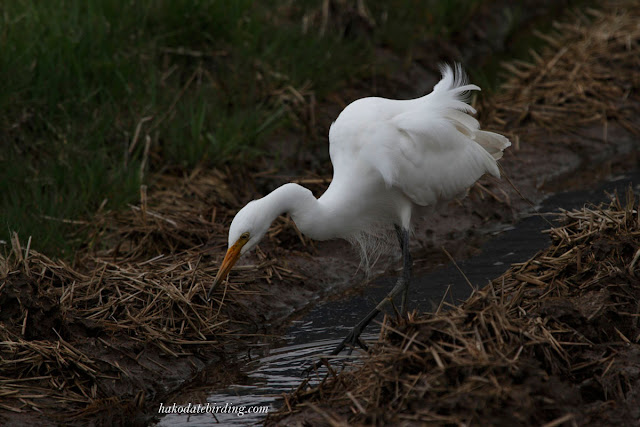 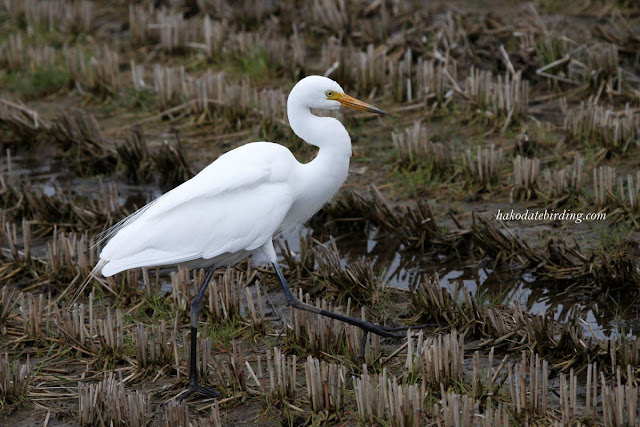 It was eating worms and other slimy things. God knows what actually. Leeches? Newts?

The forest at Onuma was full of birds. This one is a male Narcissus Flycatcher, one of the commonest summer visitors and also one of the most beautiful. 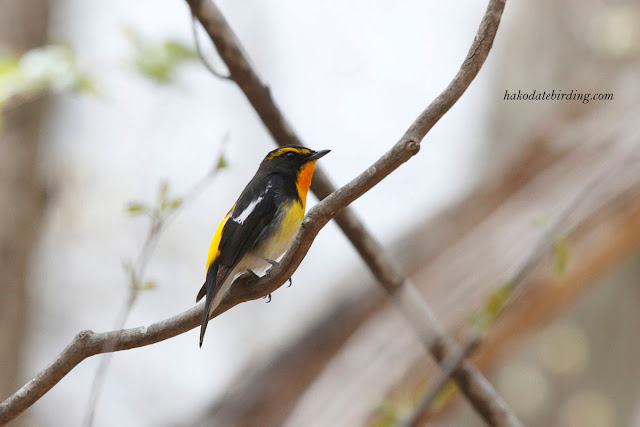 And this is an Eye Browed Thrush, a fairly common spring/autumn migrant. 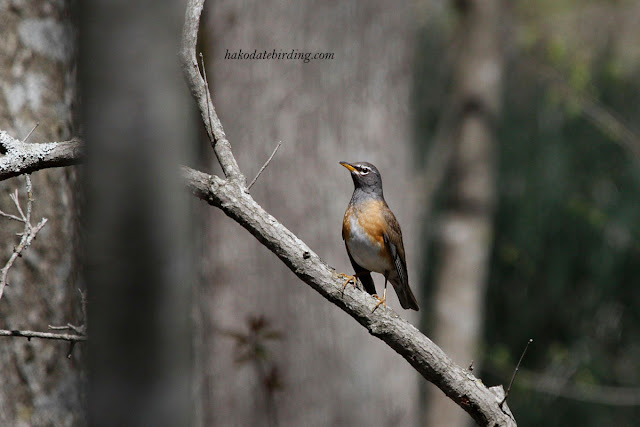 A bit of a heavy crop that one, as is this Asian Brown Flycatcher. 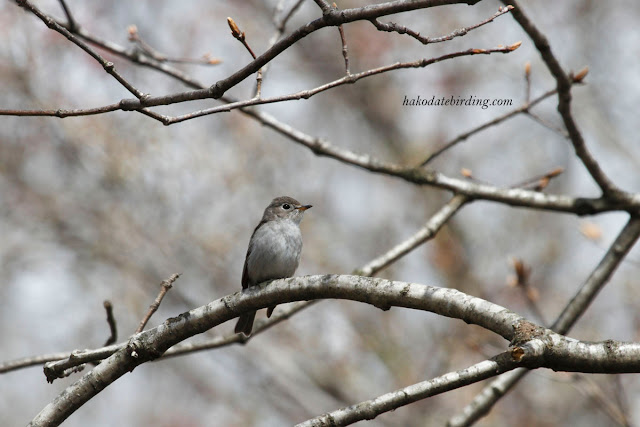 Other stuff included lots and lots of Eastern Crowned Warblers, Blue and White Flycatcher, Russet Sparrow and lots of the usual residents including this Eastern Great Tit. 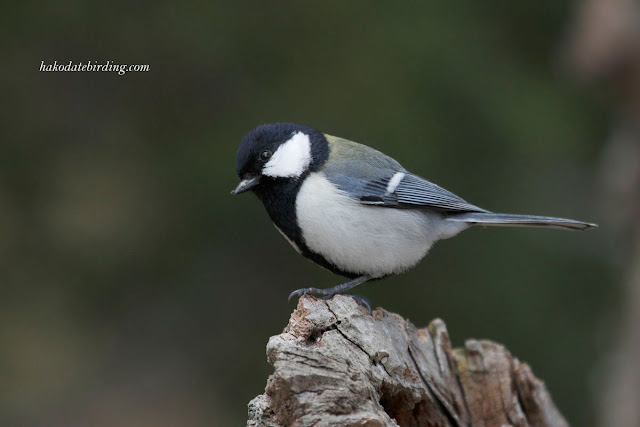 I was hoping for a nice pic of a Mandarin Duck this spring but we couldn't find any. Here's a grainy shot of a Little Grebe instead...... 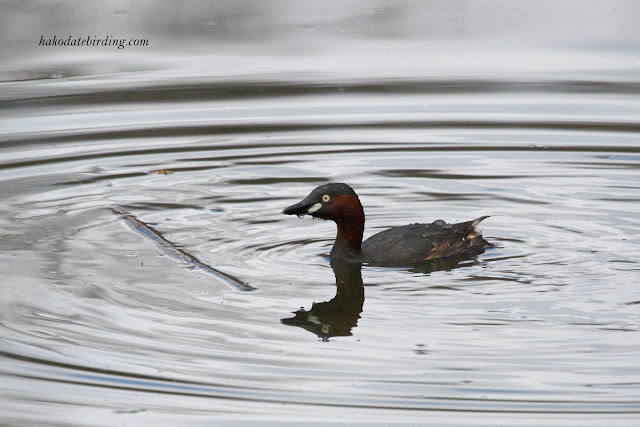 I'll watch the end of the Premier League season, hope Wigan actually turn up and at least make it interesting (although I don't want Man U to be champions).

So as Britain grapples with a hung Parliament, the Euro plunges in value and ash hangs in the sky over northern Europs I have nothing to worry about over here except deciding which of the 150 or so almost identical egret shots to keep or delete...................