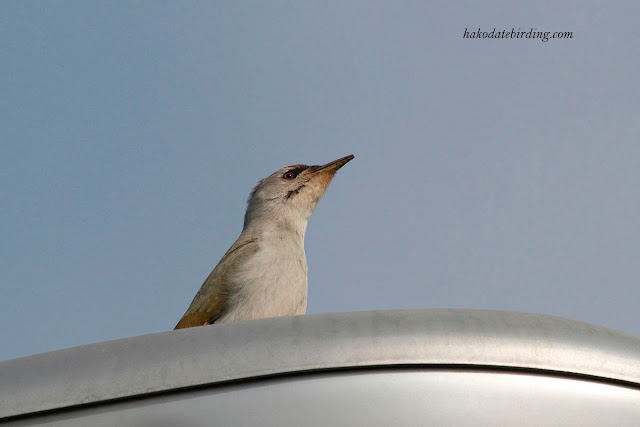 A very confused male Grey Headed Woodpecker near my apartment a couple of days ago. I'm sure it thought it was behaving normally, sitting atop a grey tree calling for a mate and drumming. 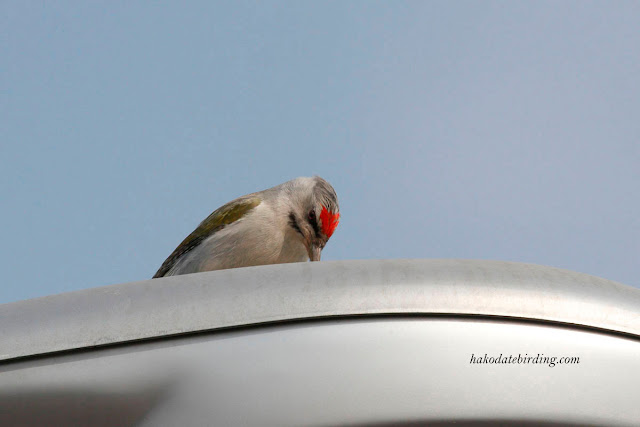 The only problem was it was in downtown Hakodate. 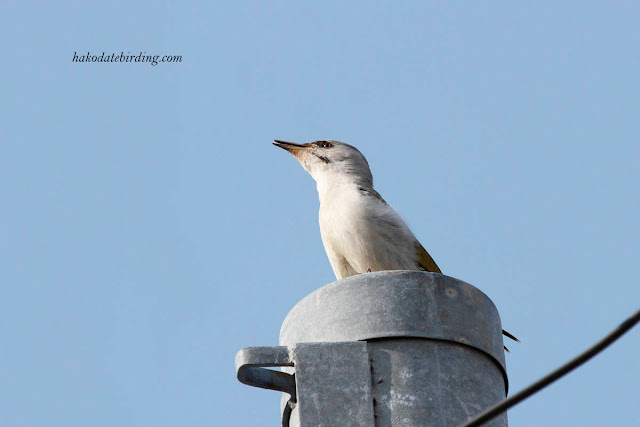 And it was drumming on metal lamposts,. I took some jerky video (difficult handheld with a 400mm lens in a busy street).

It has gotten warmer and the cherry blossoms have finally opened, rather later than usual this year........ 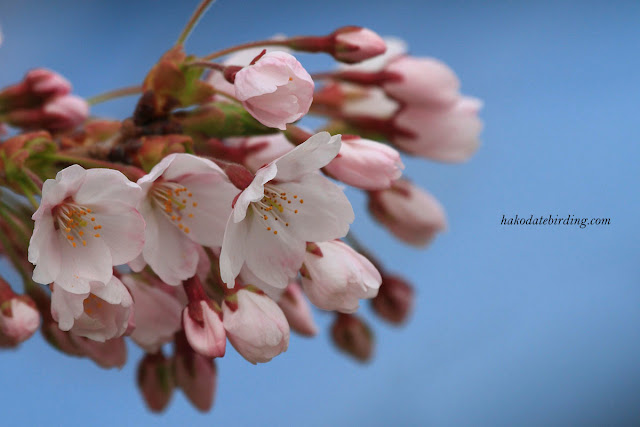 I didn't go far in the last few days so all my birding was on the local river. Lots of common spring arrivals like this Oriental Turtle Dove. 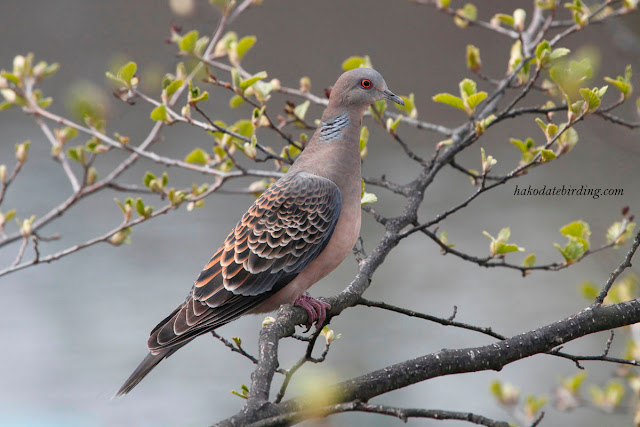 2 of the commonest summer visitors are Red Cheeked Starling and Bullheaded Shrike.

The Starlings are pretty wary (except when the young leave the nest in mid June when they seemingly ignore pedestrians). This is the male. 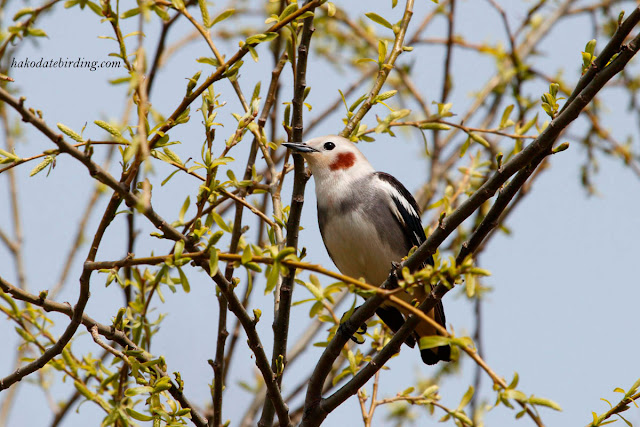 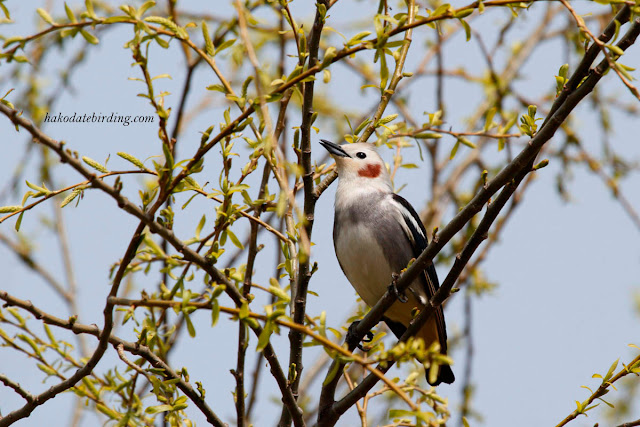 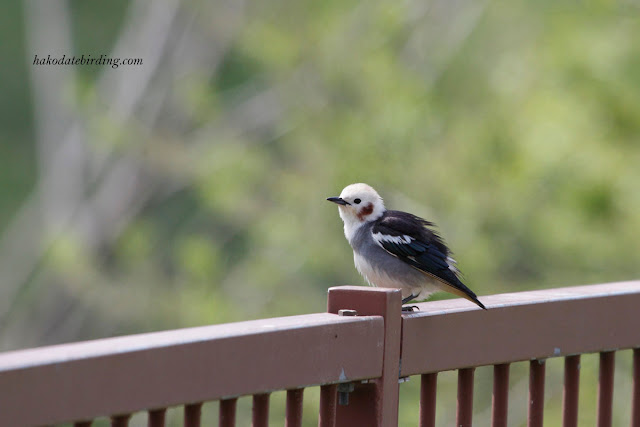 And this is the female. 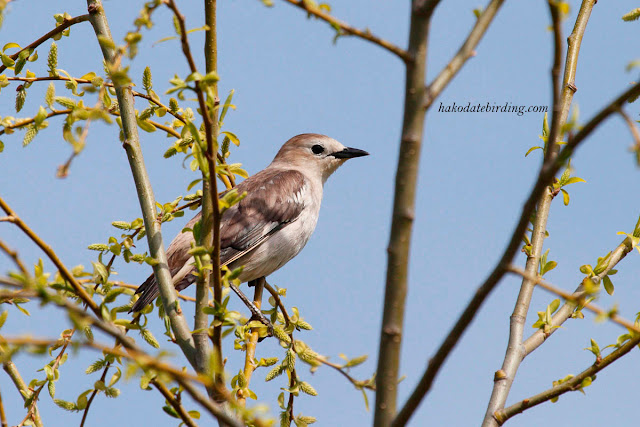 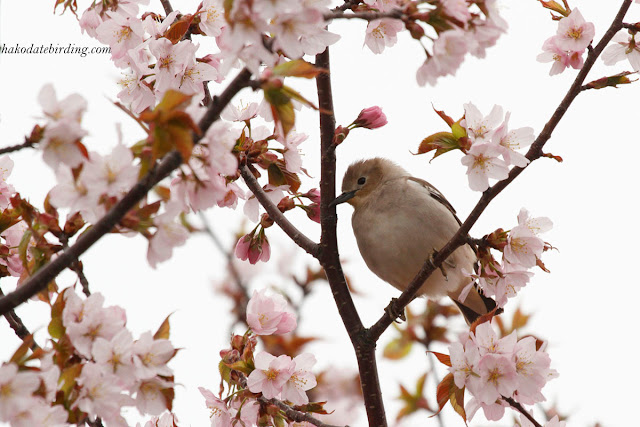 The Starlings nest along the river in small colonies. The Shrikes nest there too, usually 2 or 3 pairs. These are also tricky to photograph and are as wary as the Starlings. This is the male. 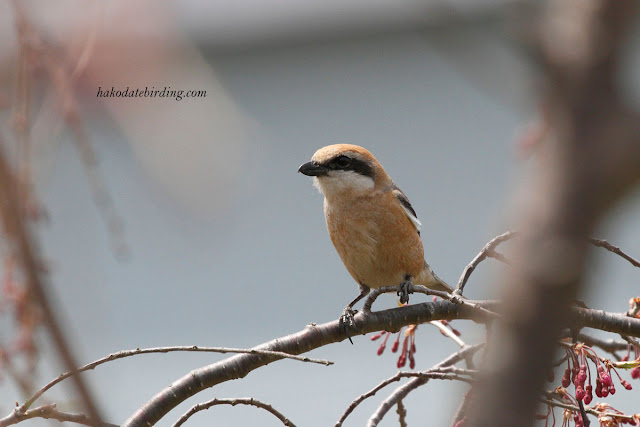 I saw the first Oriental Reed Warbler of the spring today, this is another common/wary breeder along the river.

Other stuff passing through has included Pale and Japanese Thrush, Eastern Crowned and Japanese Bush Warbler, Red Flanked Bluetail and Long Tailed Rosefinch. Some of the winter birds are still hanging on: Dusky Thrush, Hawfinch and a few Teal. 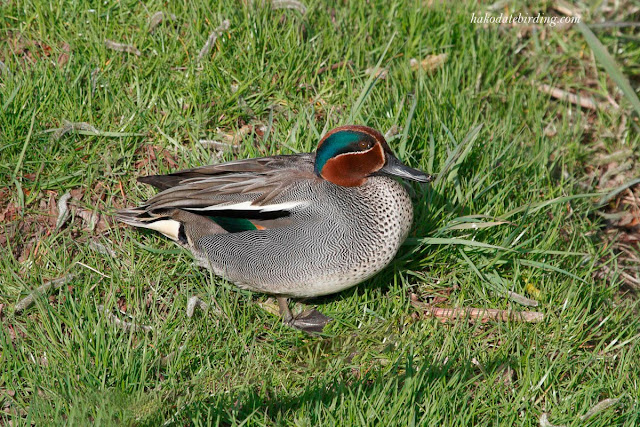