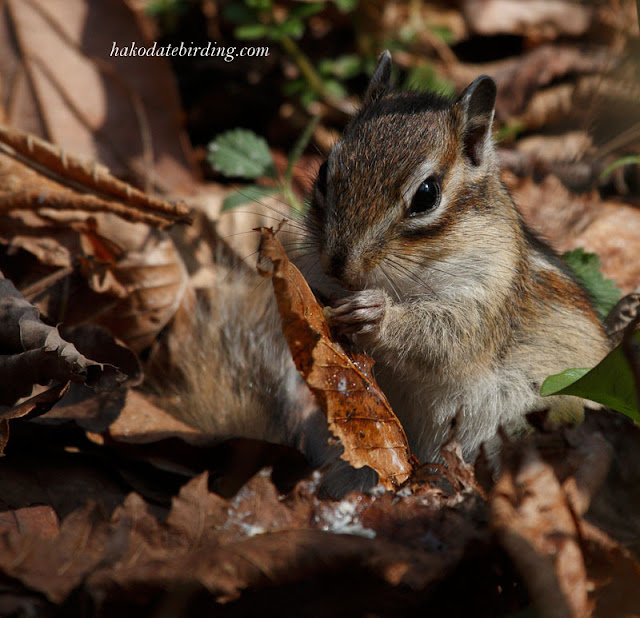 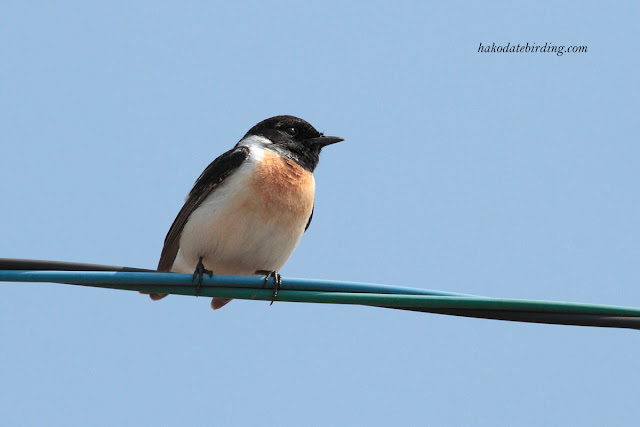 An Asiatic Chipmunk and Siberian Stonechat.

We got up very early this morning and drove to the top of Mt Hakodate. It was windy but clear and not too cold. It wasn't a vintage day for migrants but it wasn't so bad; Blue and White Flycatcher, Asian Brown Flycatcher, Siskin, Rustic, Siberian Meadow and Black Faced Buntings, Nuthatch, several species of Tit, Great Spotted and Japanese Pygmy Woodpecker, Japanese and Dusky Thrush (and other unidentified thrush species), Buzzard, Sparrowhawk, lots and lots of Japanese White-eye, Siberian Stonechat, Japanese Robin (heard only), Red Flanked Bluetail, Eastern Crowned Warbler, Asian Stubtail and Japanese Bush Warbler.

Lots of Bluetails, I'm still searching for the elusive good shot of one. 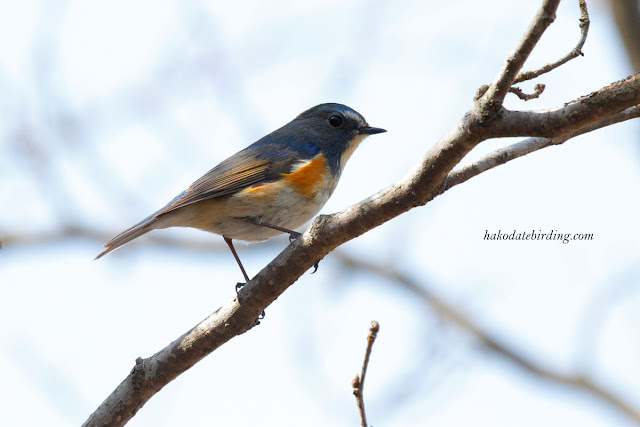 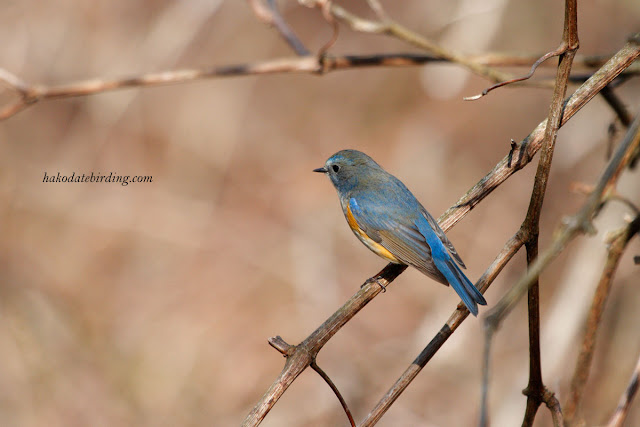 Black Faced Bunting were everywhere. Another common bird that I find hard to get a good shot of. 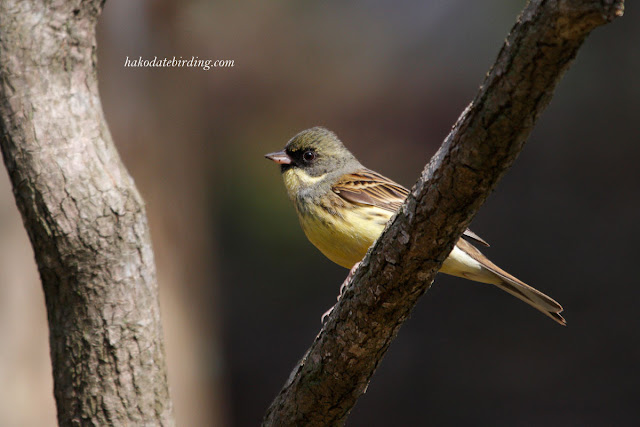 There are lots of Chipmunks in the forest that always pose nicely. 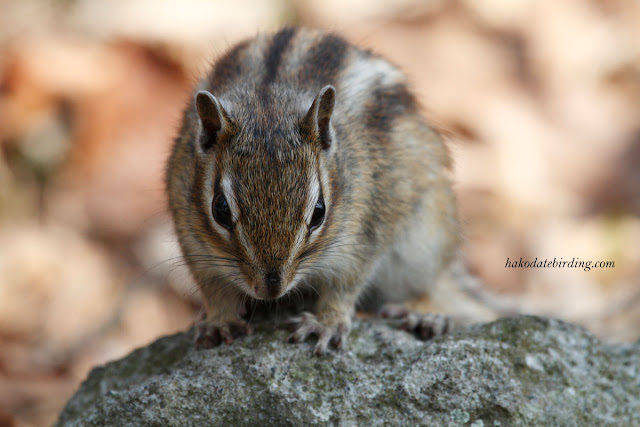 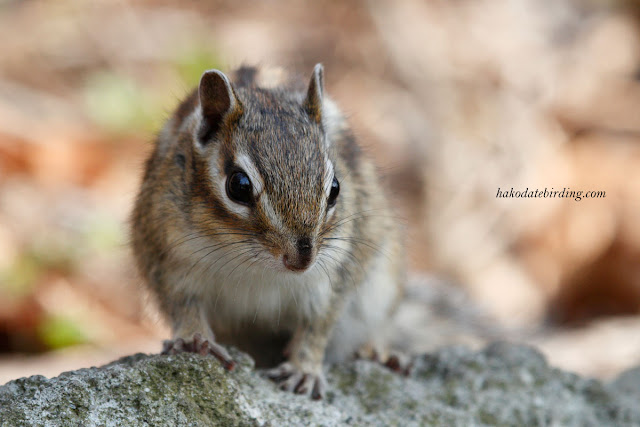 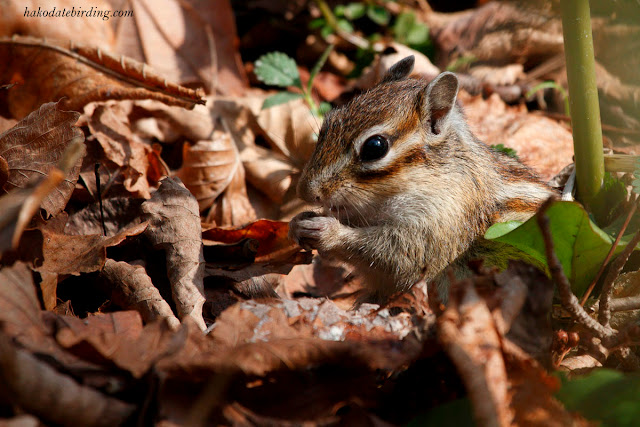 Yesterday we went to Asabu, Shiriuchi and Kikonai. I was hoping for some interesting waders. Common Sandpiper, Grey Tailed Tattler, Little Ringed Plover and this Whimbrel were the only shorebirds on show however. 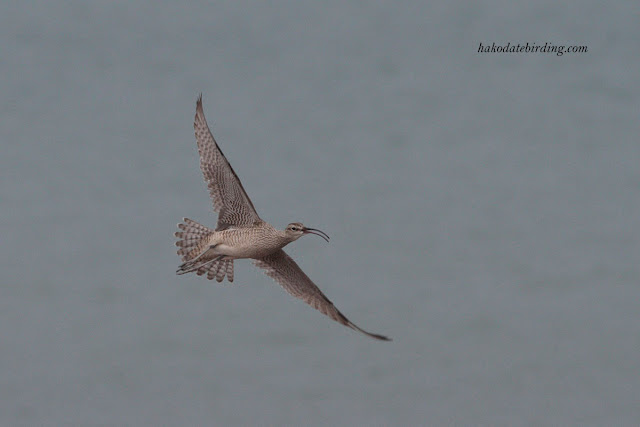 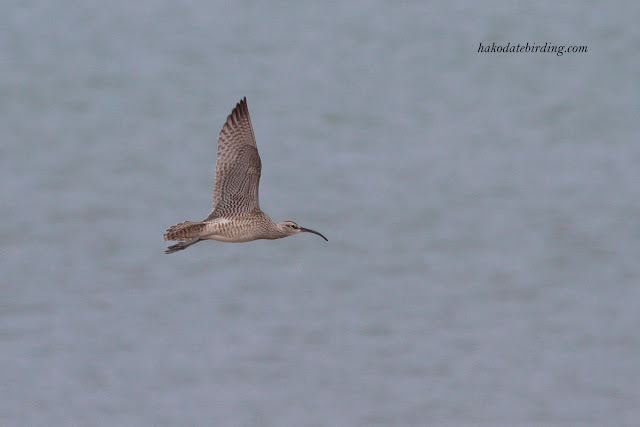 At Asabu there were lots of Skylark, Chestnut Eared Bunting, Reed Bunting and Stonechat. At Shiriuchi I managed to see this species: Whiskered Tern. A new species for my Japan list (I've seen them in Australia and India before). 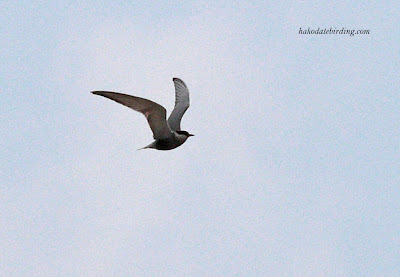 An awful photo. I only saw it for a few seconds before it flew off. My settings were all wrong so it was horribly underexposed, I didn't even have time to notice the zoom was only at 220mm so it's a 100% crop too.........still, a pretty nice find and the 3rd rare Tern I've found in the last 5 springs (Caspian in 2006 and Gull Billed Tern last year were the other 2).

It was a pretty dark day yesterday, here are a couple more poor underexposed shots. A Little Egret (a species which isn't so regular up here in Hokkaido) and an Osprey. 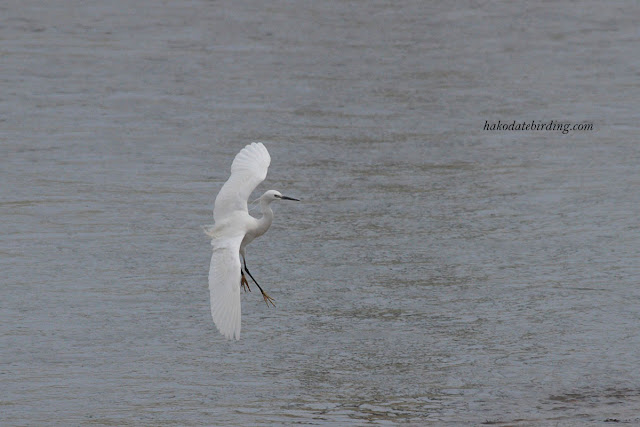 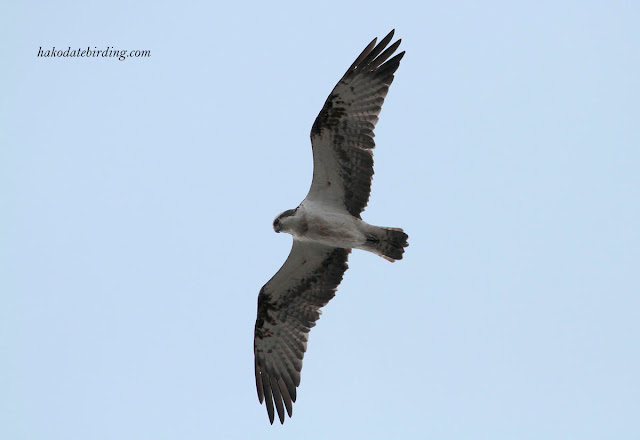 We went back to Kikonai this lunchtime (the Tern and most of yesterday's stuff had gone) and added Pale Thrush to the list of new migrants for the year. This Whooper Swan will probably stay the summer. Is it old? Is it injured? Is it just plain lazy? 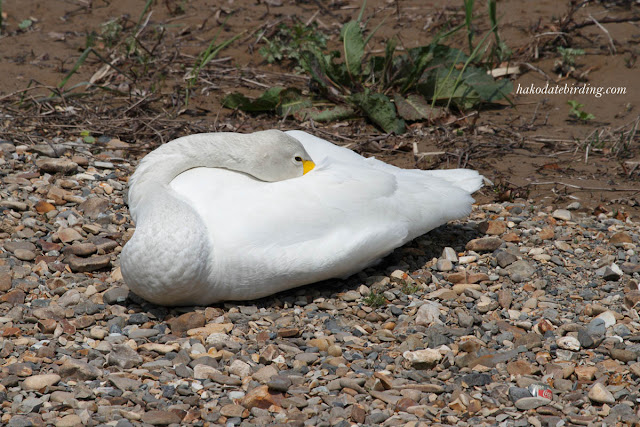 I watched the footy last night. Liverpool were pretty embarrassing, I don't think Gerard's backpass was deliberate but I can understand why some people might think it might have been. Looks like we'll finish 7th, a disaster of a season...............the worst one since the days of Souness. I don't think Benitez will stay but who would want a job at a debt-ridden club with a pretty poor squad and impossibly high expectations?

At least I can start looking forward to the World Cup....................until England start playing that is. More emotional torture in the middle of the night, can my nerves stand it?