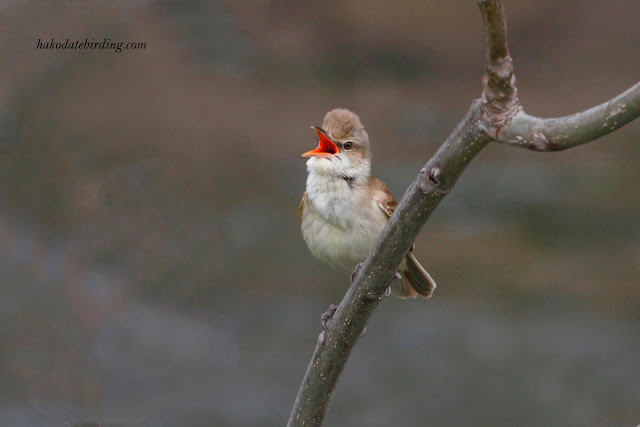 An Oriental Reed Warbler singing next to the river near my apartment this afternoon. This is a common summer visitor, on the 2KM stretch of river (in the middle of town) there are usually about 10-12 singing males every summer. 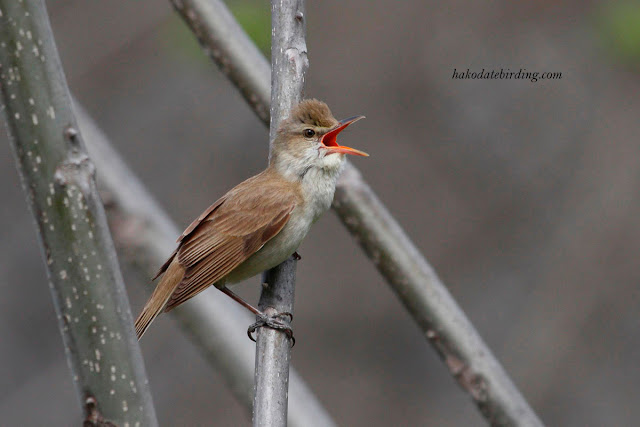 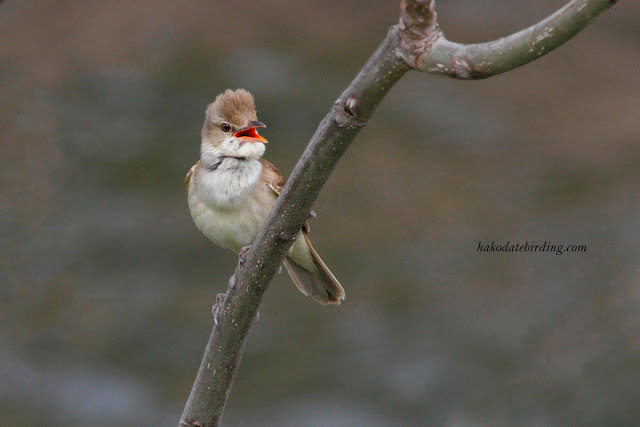 They are normally pretty shy but today 2 males were squabbling over territory (ie fighting over who gets to sing from the top of the coolest tree) and didn't pay me much attention. 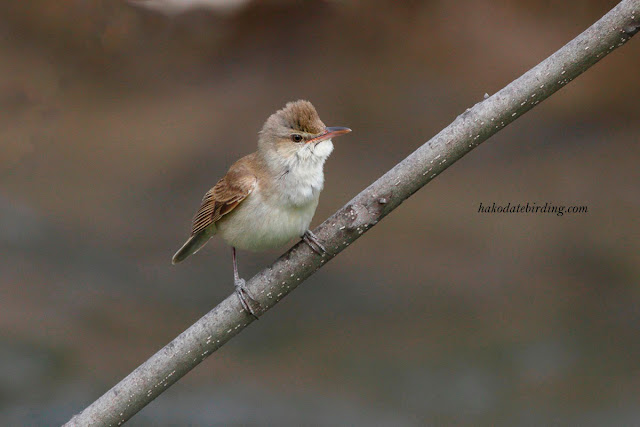 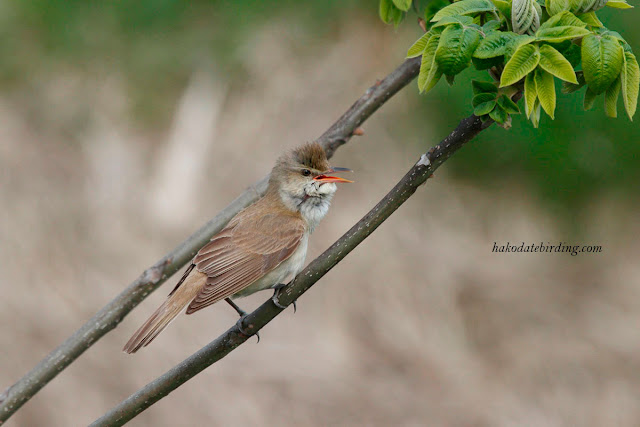 They have a very noisy song and it was one of the typical sounds of summer in Hakodate. 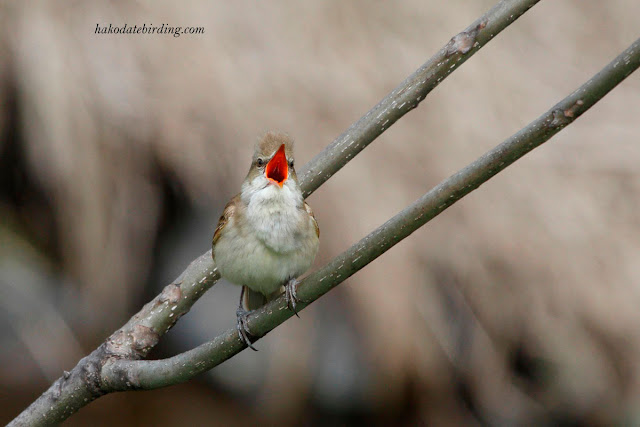 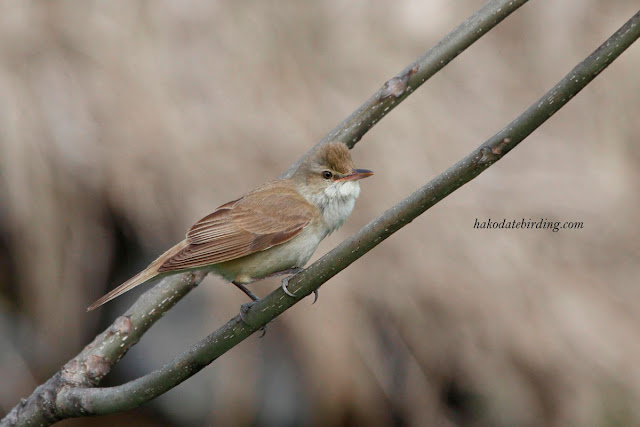 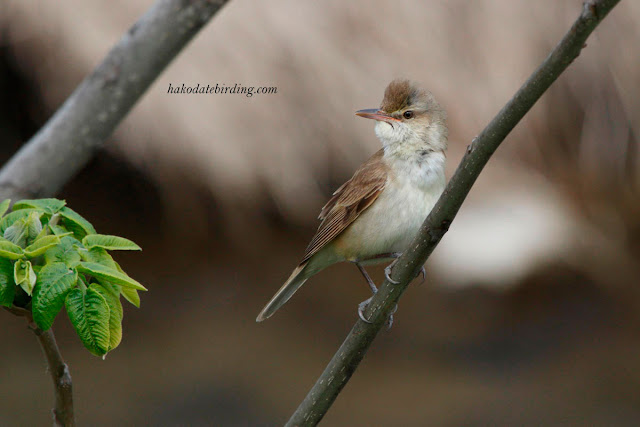 The vegetation is growing visibly by the day and soon they will be nesting.

I took a wobbly handheld video, the camera's internal mic picked up more wind than birdsong alas. If I was serious about video I would be using my tripod and would have invested in an external mic by now................

I got up early this morning after one of the people I teach told me she'd seen some odd looking birds flying over the sea near her apartment. About the size of sparrows, all flying in unison, sometimes landing on the water to feed. they could only have been Pharalopes. I went down to the bay area where she'd seem them yesterday but there was nothing doing...............

I can rely on the Red Cheeked Starlings any time though. 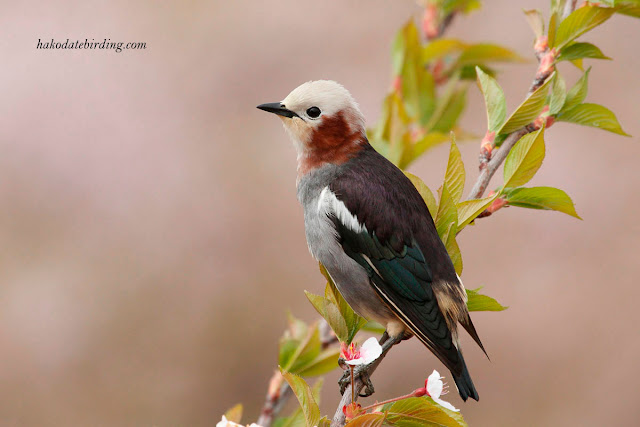 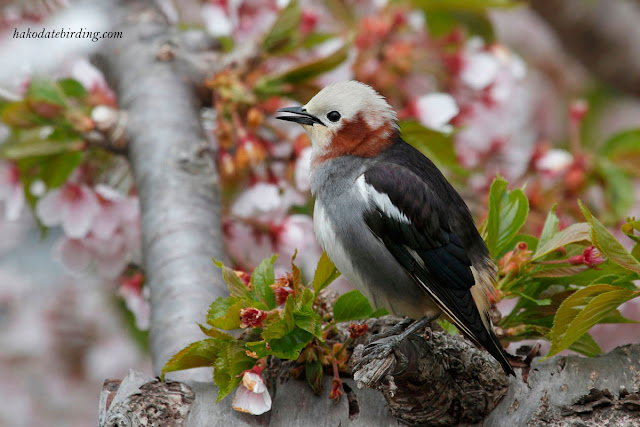 The cherry blossoms are starting to fall, soon the background will be green instead of pink or white. 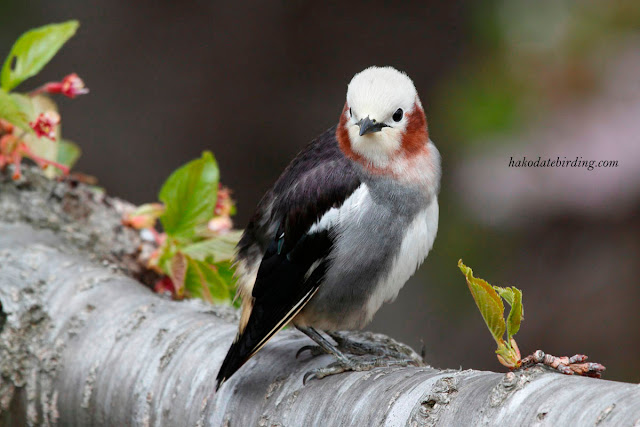 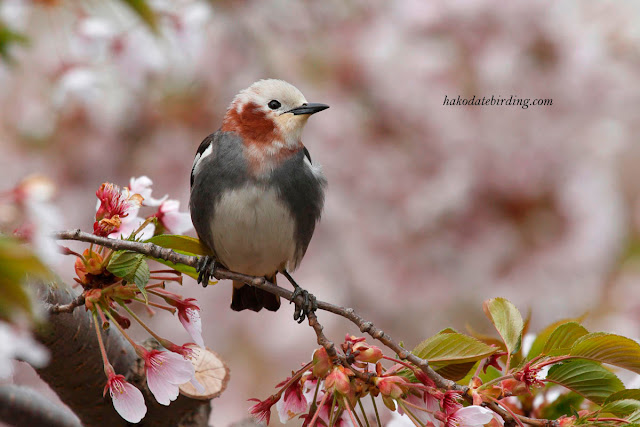 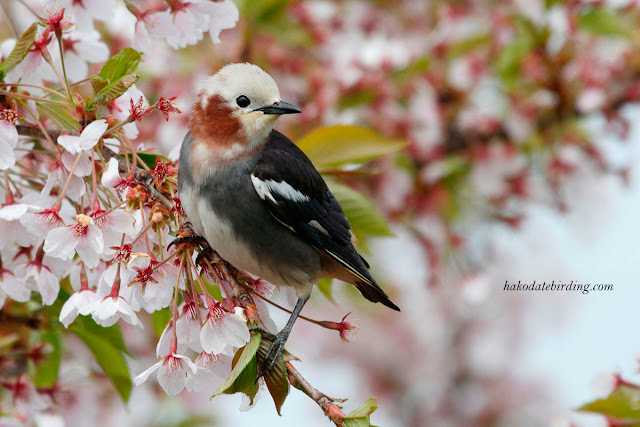 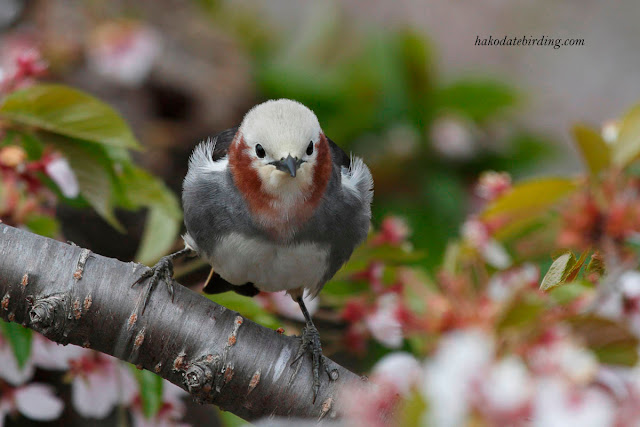 And here's a wobbly handheld video I took of the Starlings. It is really hard to hold a heavy 400mm lens still whilst looking at the screen on the back of a camera............

A few days ago the last batch of migrants were passing through. This Asian Brown Flycatcher got me thinking of Sooty Flycatcher as it appeared a little darker and scruffier than most of the Asian Browns I see. But it when I got home and looked at the pics it wasn't a Sooty at all. 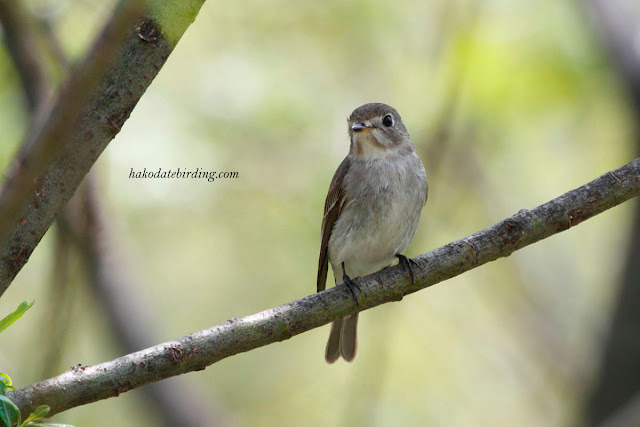 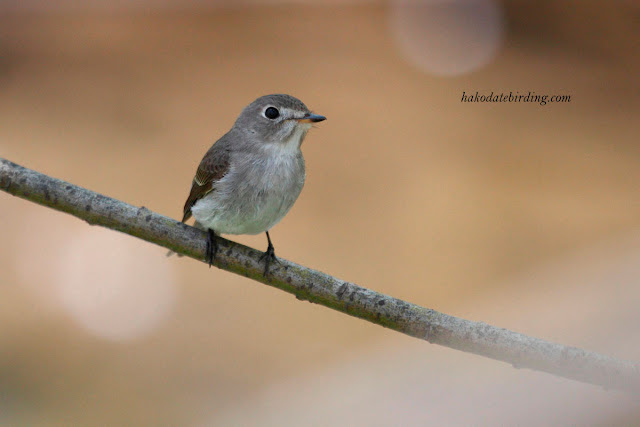 It was sharing a clump of trees/bushed with a female Blue and White Flycatcher, an Eastern Crowned Warbler, a Sakhalin Leaf Warbler, 2 pairs of Red Cheeked Starlings and a pair of Black Faced Buntings. the latter species seems commoner than ever this spring, there are 4 or 5 singing males on the river. They are real skulkers though, here's one from today. 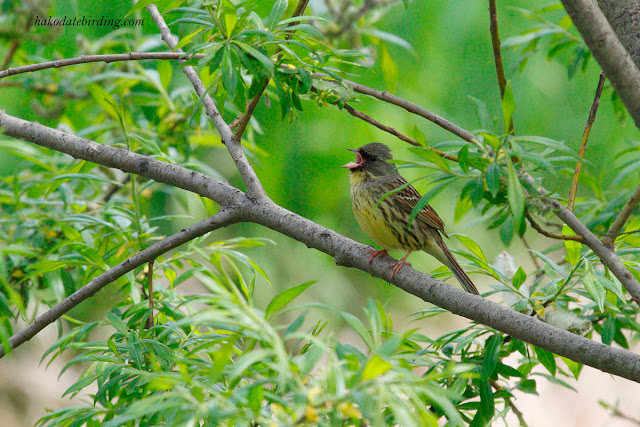 It's going to rain tomorrow so on Friday I need to be pro-active and go out there and find me some Red Necked Pharalopes. Some springs they are abundant and tens (or even hundreds) of thousands of birds pass Hakodate. Usually they are well offshore (you can see them with the naked eye though). I'd love for some to come close enough inshore to photograph.........

***Once again I'm having problems with publishing comments. On my dashboard it keeps telling me I have comments to publish but when I click the link it says there aren't any....................mysterious.

If you've left a comment and it hasn't appeared I apologise.