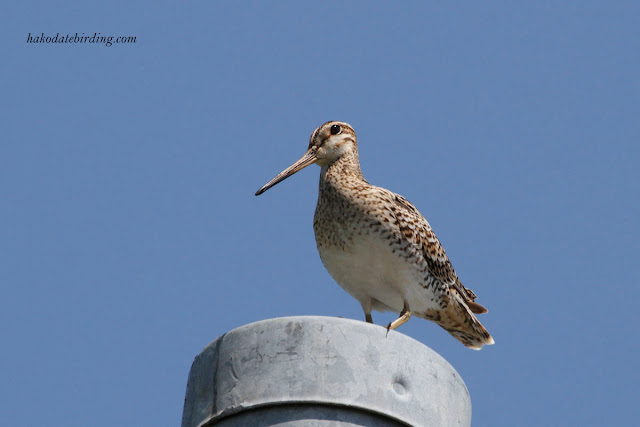 This is a Lathams Snipe. a common summer visitor to Hokkaido and in open country they can be seen atop telephone poles on every country road. This one was on Route 5, the main (and until a recent toll highway was built) and only road north out of Hakodate. 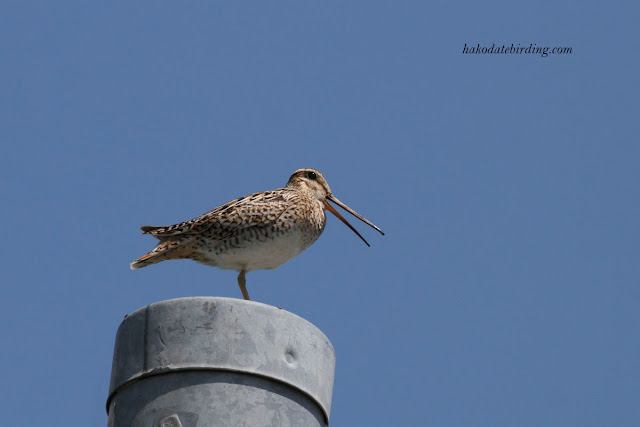 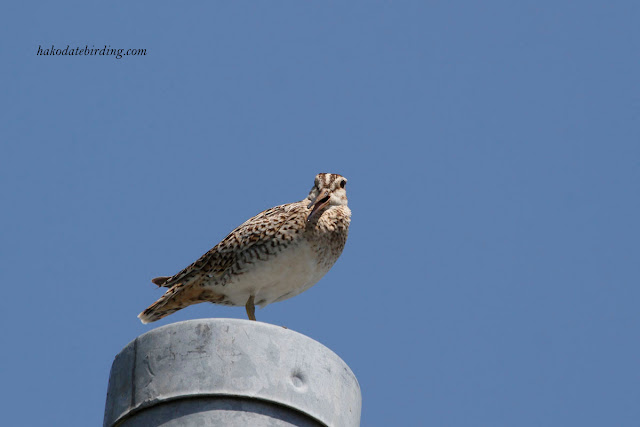 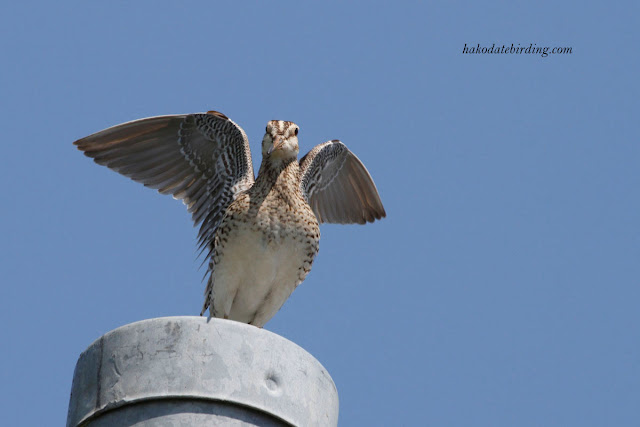 It looks just like every other species of Snipe in the world. I first saw this species in Queensland (where it overwinters and is known as Japanese Snipe). Like many of its congeners it has an extraordinary display.

I couldn't video it flying but here it is calling................handheld out of the car window during a temporary lull in the traffic.

We just spent the weekend camping near Niseko. The first day was very warm and sunny but today was cold, windy, misty and drizzly. I saw lots of birds but couldn't get so many photos. 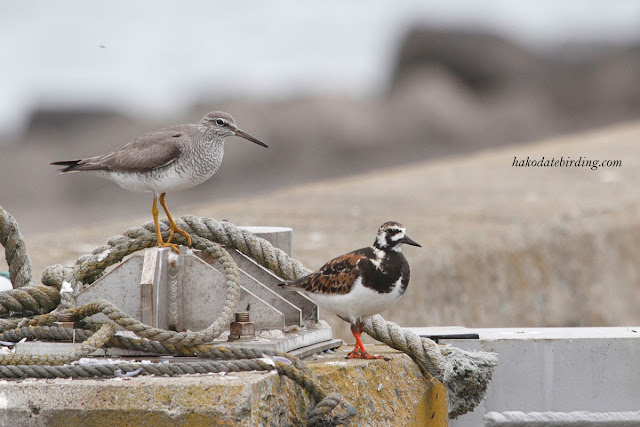 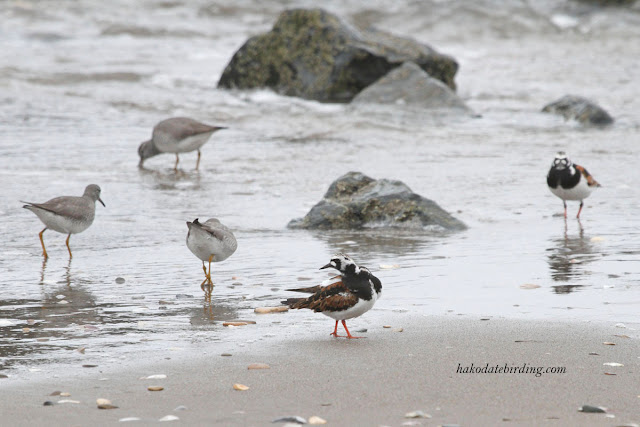 Other stuff in no particular order: Siberian Blue Robin, 6 species of warbler including Arctic Warbler at the campsite, 3 species of flycatcher including loads of Narcissus at Onuma, Woodcock, Great Egret, Pergerine, Eastern Marsh Harrier, Japanese Green Pigeon, loads of Oriental and Common Cuckoo, Japanese and Brown Headed thrush, 5 species of Tit, Mandarin Duck, Scaup, Pochard, Shoveler, Black Scoter, Wigeon, Goosander, Glaucous Gull, an odd sounding bird at night that may have been a Jungle Nightjar (by the time I was fully awake it had gone), several species of Woodpecker.............

I still haven't managed to get a decent Osprey shot. 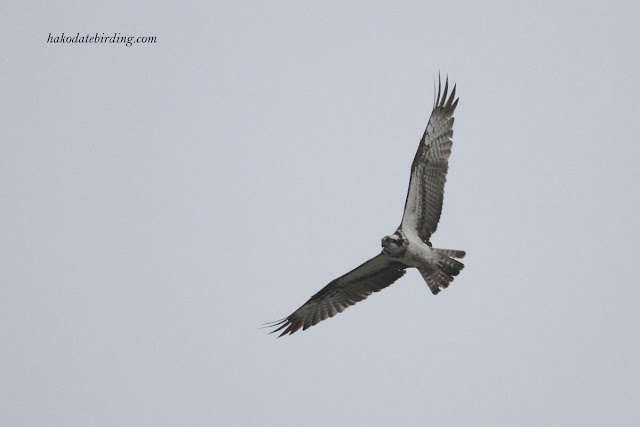 Like I say not much photography got done so here's a pic of me drinking beer outside the tent instead. 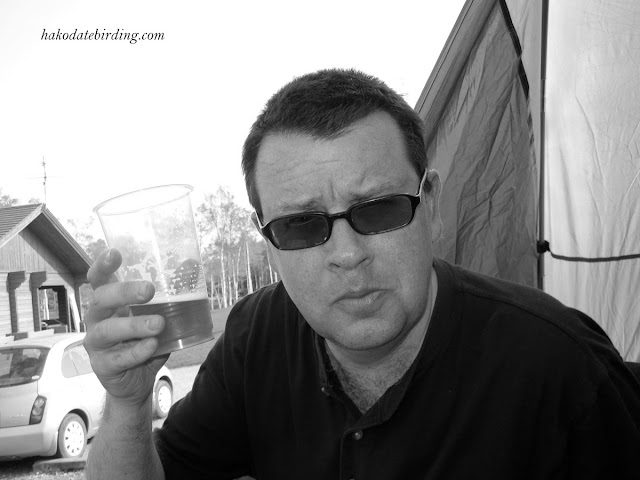