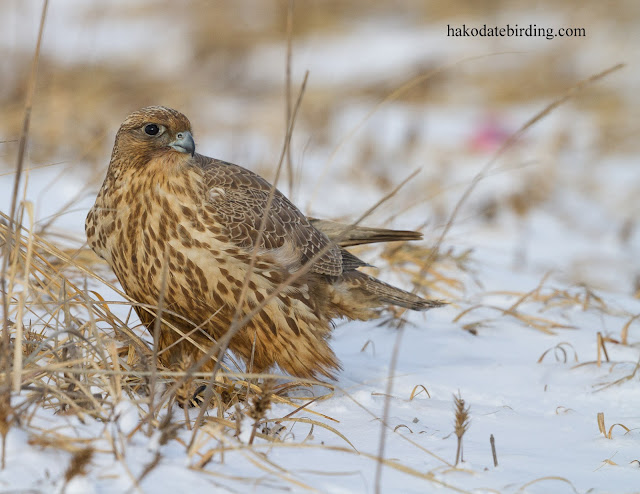 The young Gyrfalcon at Sawara 2 years ago today. It was quite a fixture in the winter of 2013/14.

Actually there was a flurry of exceitement in December when a non birder photographed an adult white morph Gyrfalcon fighting with a Goshawk over disputed prey in a snow covered field. This was quite a way to the north and east of where we are but the hope was it was our bird on its way south and returning to Sawara as an adult in all its snowy white glory.

Of course nothing came, as we all knew would be the case..............but what is life without some kind of hope, even if we know it's futile? That's why we watch England in the World Cup after all.