A slushy day in a harbour 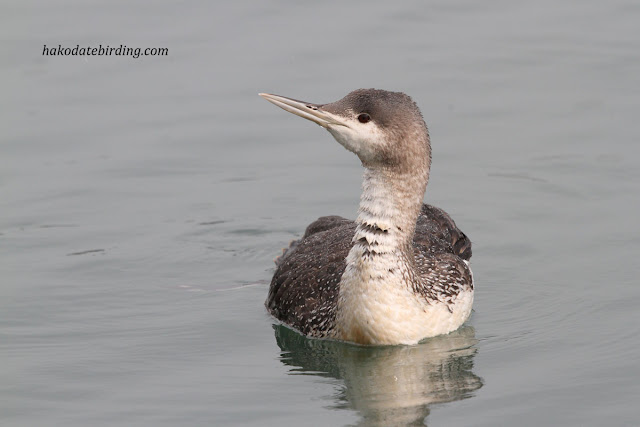 A Red Throated Diver in the harbour at Kamiiso this afternoon.

The thaw has begun and deep lush lies everywhere. Cars get stuck in it and I found out my 'waterproof' winter sneakers are not in fact waterproof.

The Diver had a broken wing. 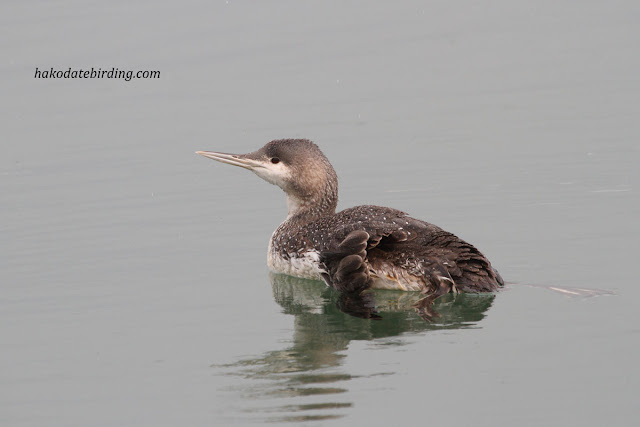 It was very tame and swam right towards me. 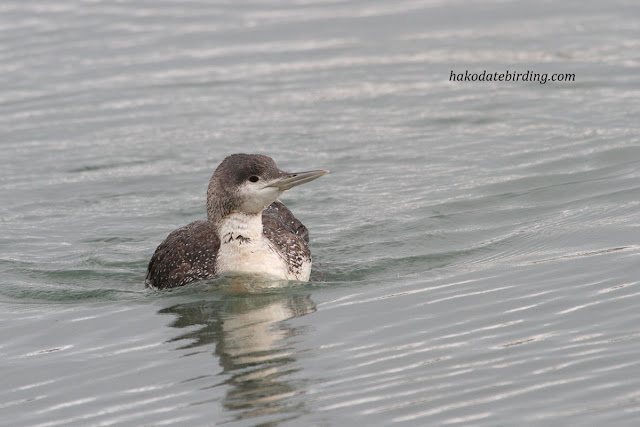 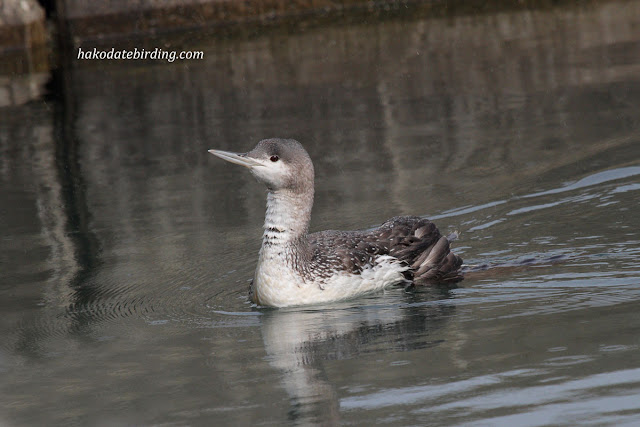 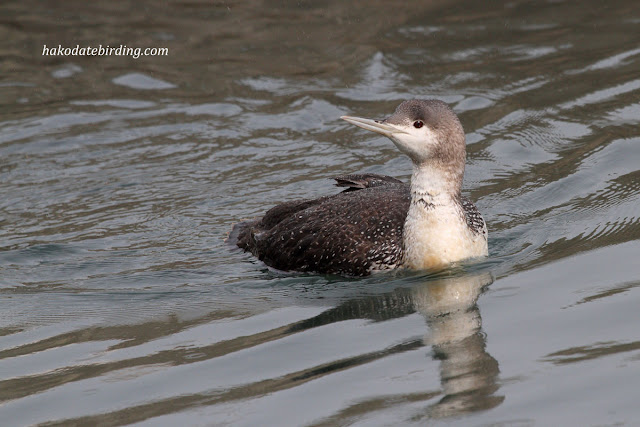 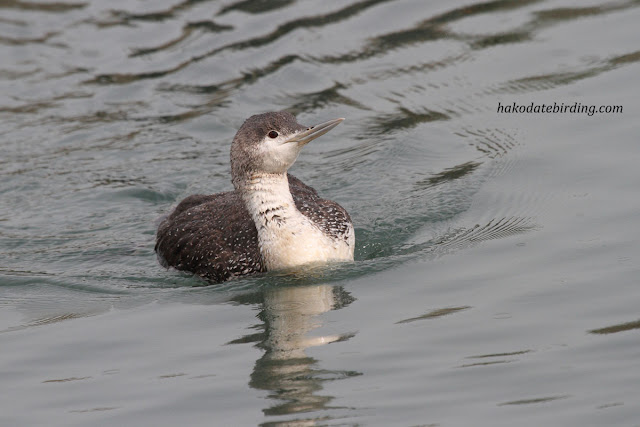 This is a species usually seen well offshore and is nice to see up close, I hope its wing mends soon. 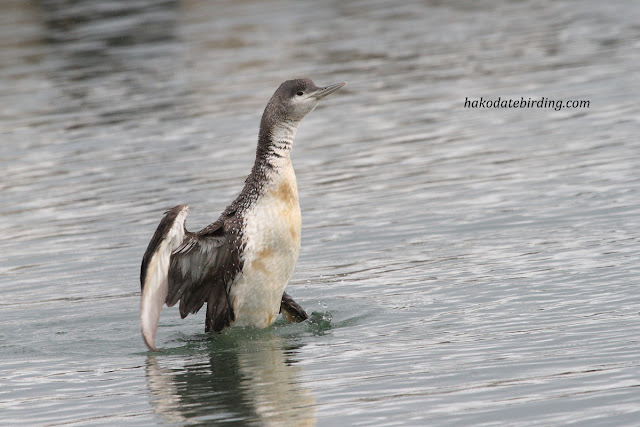 Actually do bird wings repair themselves? I have no idea. 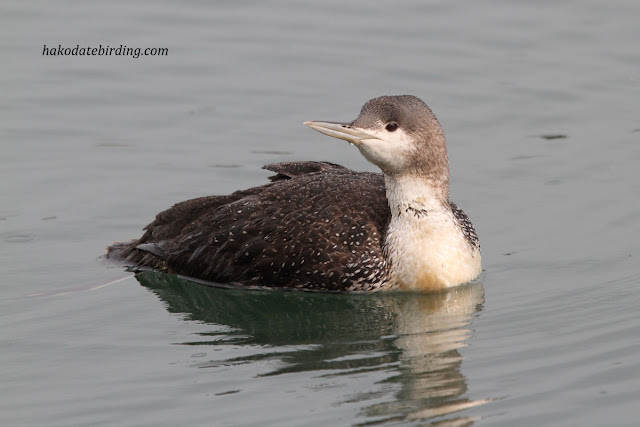 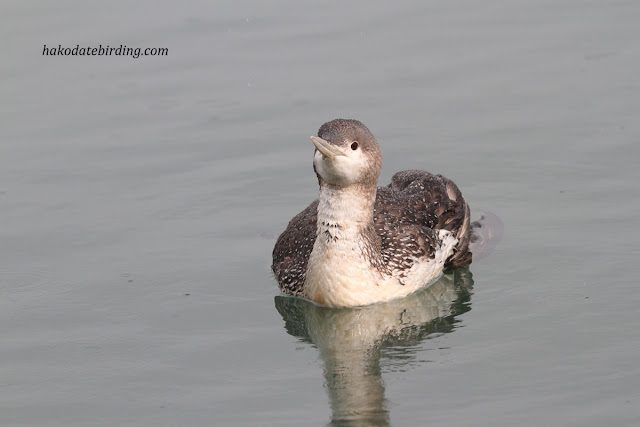 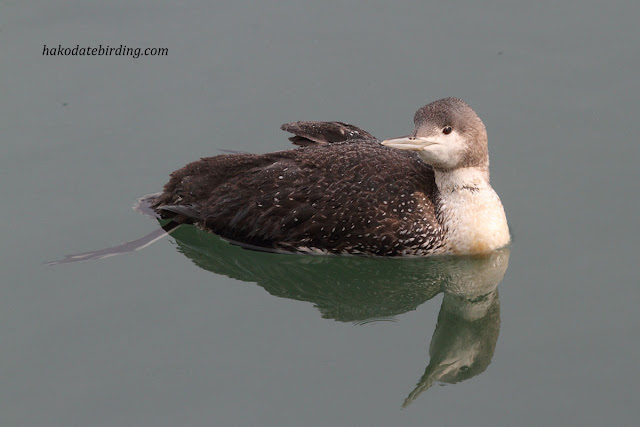 I got lucky with the diver, I had given up on the harbour and decided to go back for one last check and the diver had appeared as well as this similarly tame Great Crested Grebe. 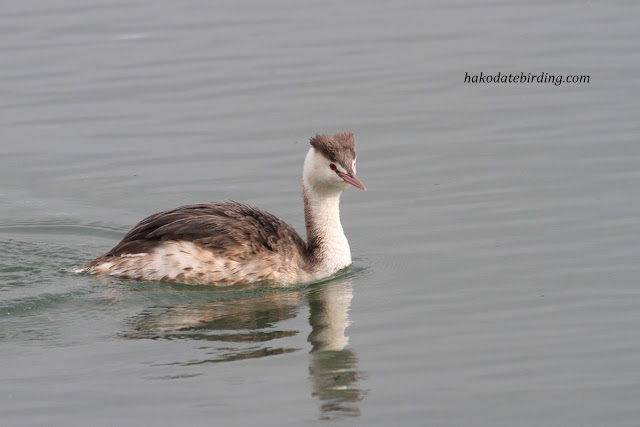 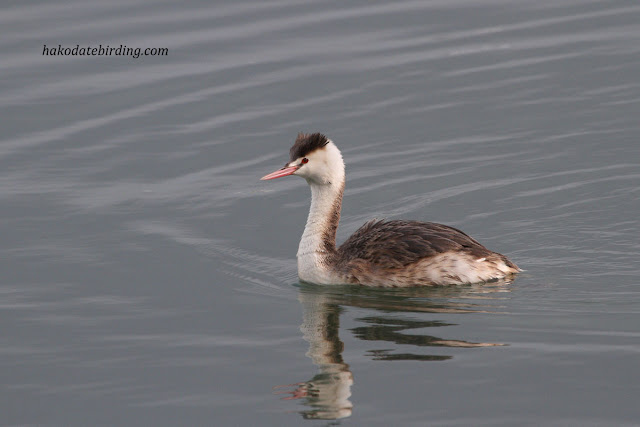 None of the other 3 winter grebe species were around but both species of cormorant were, here's a Temincks in breeding plumage. 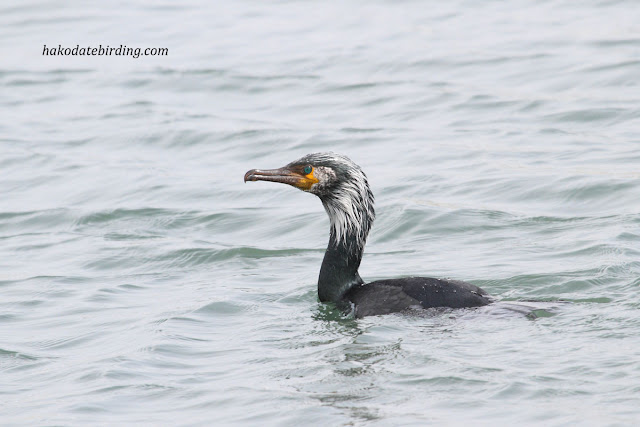 All the common duck species were around including several groups of Black Scoter. 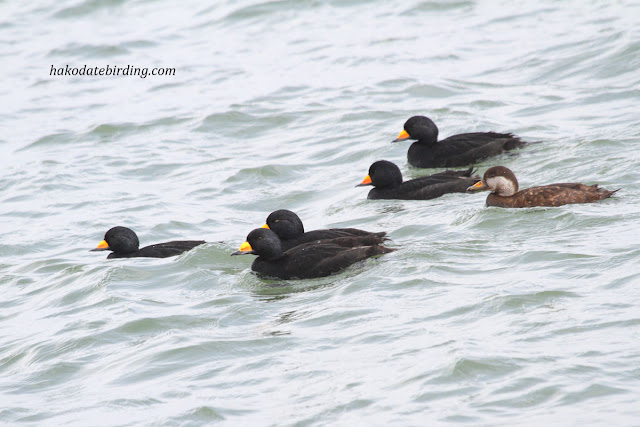 6 species of Gull, Whooper Swan and Great Egret were the other noteworthy species.

So this winter saw the heaviest snow since records began in Hakodate and now it is melting little by little....................I can't wait for spring.