Glaucous Winged Gulls and other stuff 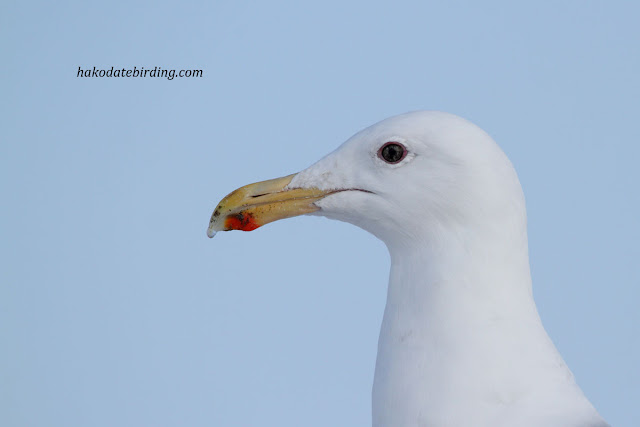 A Glaucous Winged Gull this afternoon. Not much around today, I took a lot of gull shots. 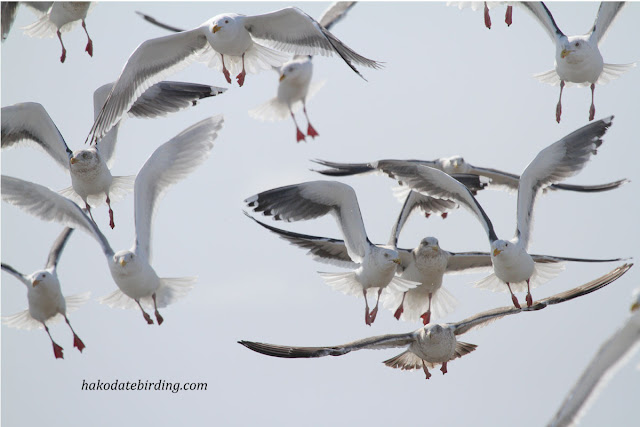 We went up to Oshamanbe today, it looks like winter has ended. Still freezing but no fresh snow for several days.

I was hoping to see Long Tailed Ducks in the harbour at Oshamanbe. And see them we did. 5 or 6 of them but they didn't come close enough for any decent photos, this heavy crop was the best I could manage. 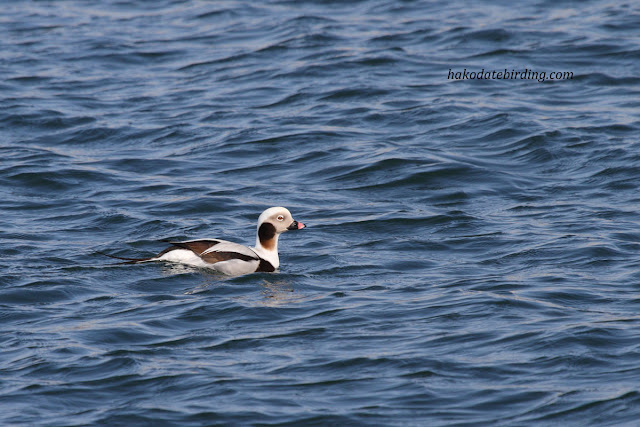 Aside form the usual common ducks there wasn't much around. I counted 8 or so White Tailed Eagles at various locales but none were close enough to photograph. The Stellers all appear to have left........

Do whilst I was waiting in vain for the Long Tailed Ducks to come closer I checked out the gulls. Usually there are 4 large white headed gull species present in winter. The resident Slaty Backed and the winter visitor Vega Gull are the commonest and they are joined by Glaucous and Glaucous Winged in winter.

My fave is the Glaucous but there weren't so many around today, this rather small dainty individual was the only one close enough to get a shot of. 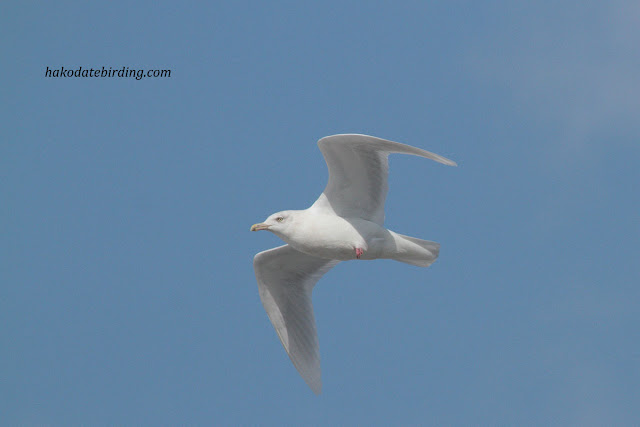 I always thought Glaucous Gulls (lets call them GWGs) were the biggest most agressive gull species but not in Hokkaido. I'd say the GWG is the Alpha Seagull in south Hokkaido. This is one with a Slaty Backed on the right. 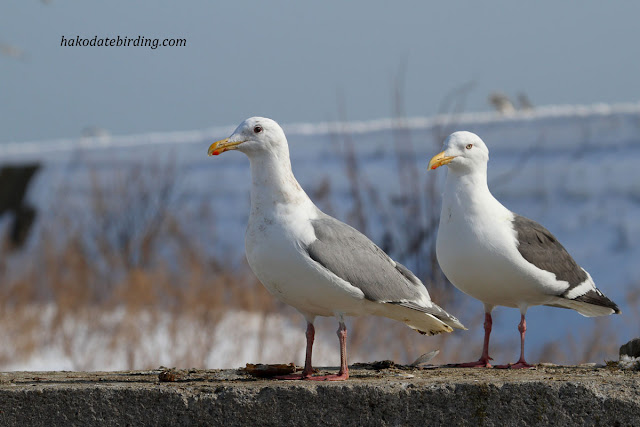 I snapped a few BIFs of various GWGs. 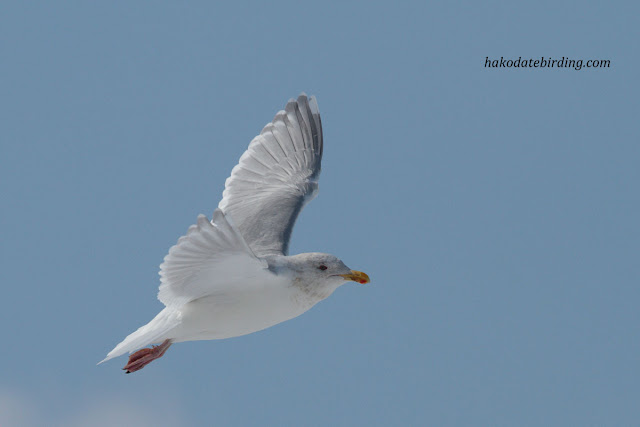 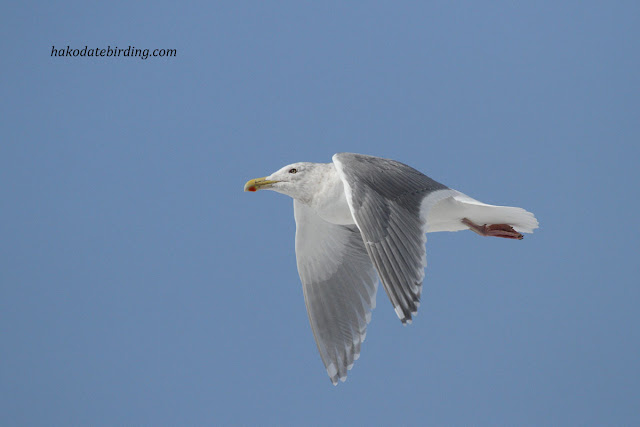 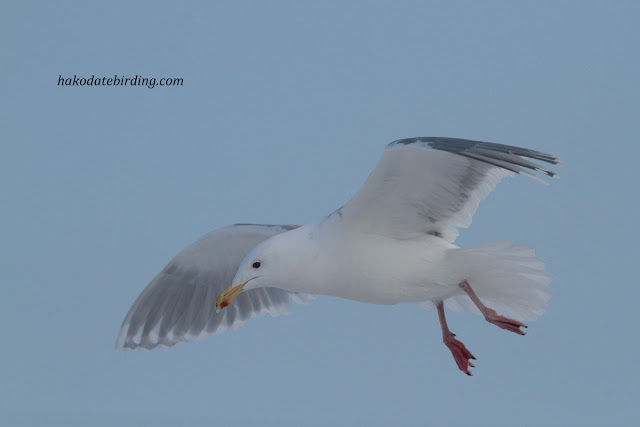 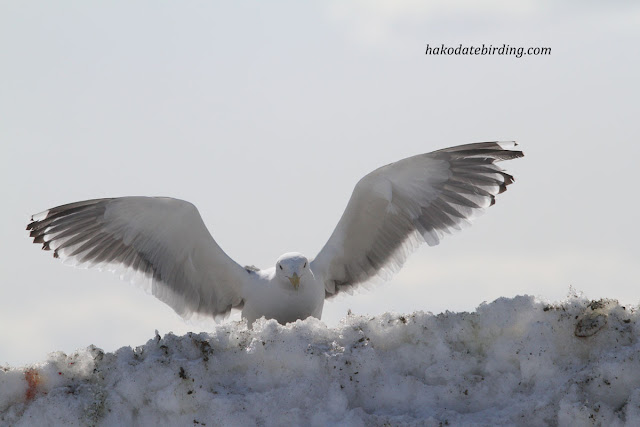 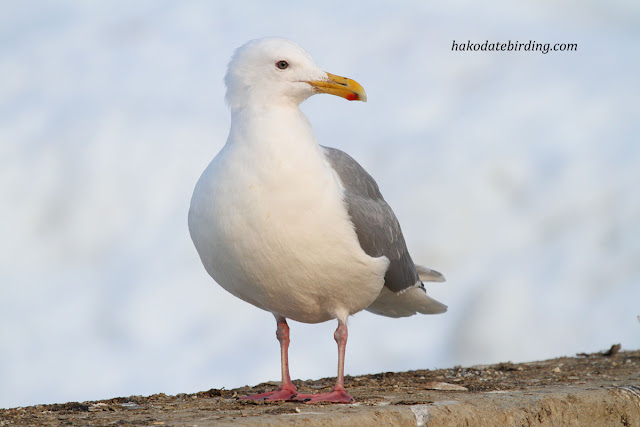 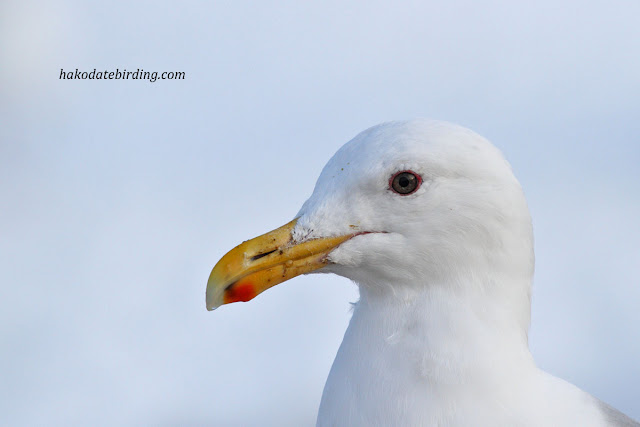 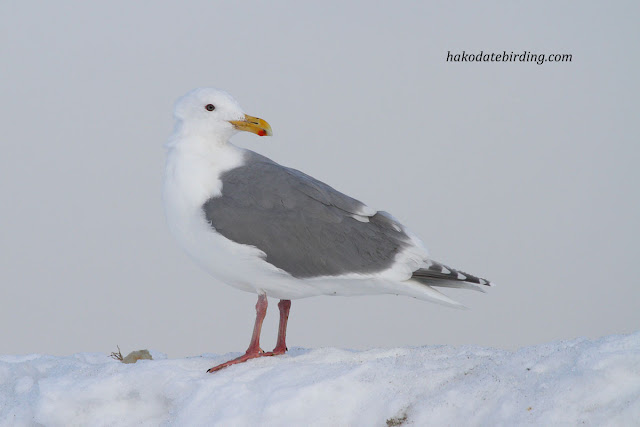 It does seem to be dominant over the Slatybacks. I hardly saw any Vega Gulls today (where are they?) and not many Glaucous either but the GWGs looked like they were in total control of the seafood offal areas in the various harbours we visited. This brute was bullying the Slatybacks for sure........ 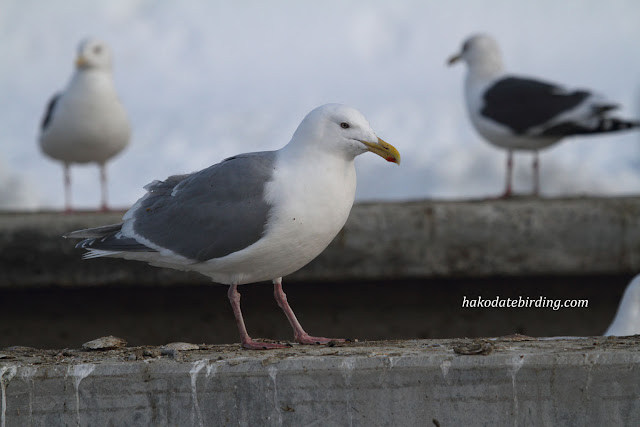 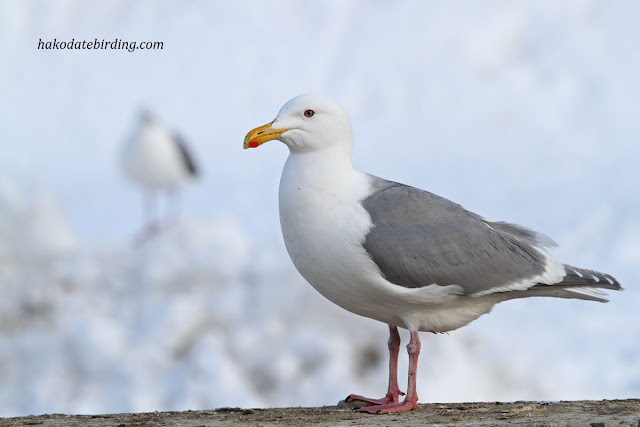 Liverpool last night? What a nightmare of frustration. We dominated the game but couldn't score in a brothel. If Van Persie played for us we'd be talking about the title instead of the Carling Cup and 6th place at best.

I just watched the Tyne/Tees derby, can I stay up and watch Man U v Spurs? Hmmmmmmm.........maybe not I think especially after that 3rd beer on top of a 5am start this morning.