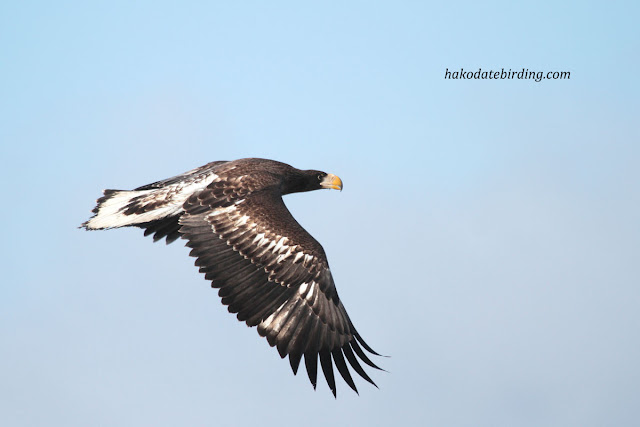 A young Stellers Sea Eagle at Yakumo this afternoon. I had a couple of hours with the eagles again but didn't get as much luck as I had yesterday and earlier in the week. There weren't many upstream at all, apparently this wasn't a good year for salmon and they were congregating near the river mouth looking for food.

It's impossible to get close to them down there alas. Occasionaly one of them sits close to the bridge though. 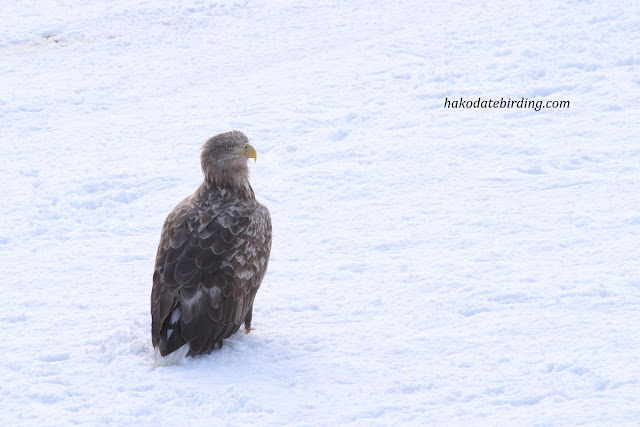 This is a more typical view from downstream. 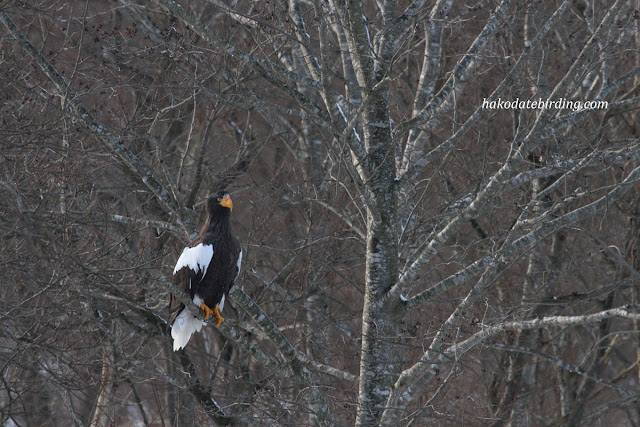 Not so many BIFs today. My wife said she's got bored of seeing so many anyway. 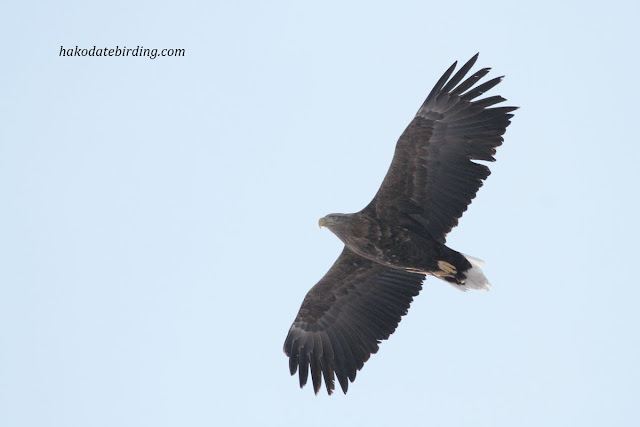 There were lots of Great Egret around today. 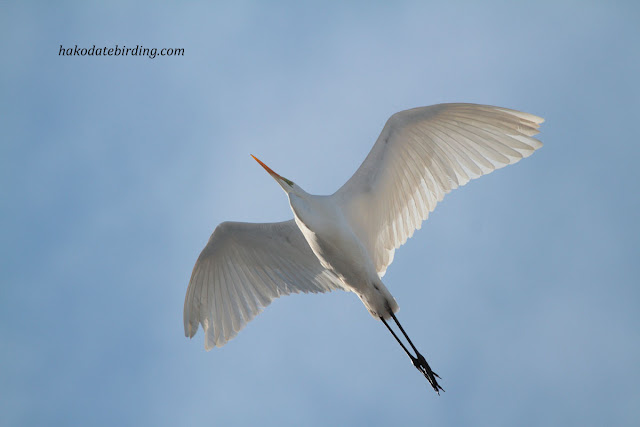 Brown Dipper are very common upstream but a darkish bird that hangs around in the shade is rather hard to photograph. 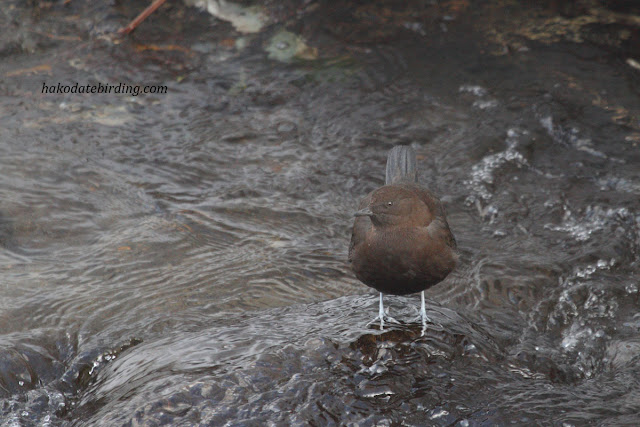 So it's New Years Eve. Kohaku is on the TV, this is a cheesy Japanese music show that is on every Dec 31st and is something of an institution here. I guess TV in the UK is just as bad at christmas and new year but I have to say J-pop is the blandest most insipid music I've ever heard. Still at least they have the enka on now which is good background music for getting slowly drunk to . Lady Gaga, god help us, is on later.

2011 was a pretty good year birding wise. I got lots of additions to both my local and national lists. It was a bad year for Japan though, the quak/ tsunami/nuclear accident in March seem like a long time ago now but I'll never forget the feelings of dread and unease that dragged on for weeks afterward.

To the handful of regular readers on this blog: I hope you have a good 2012.