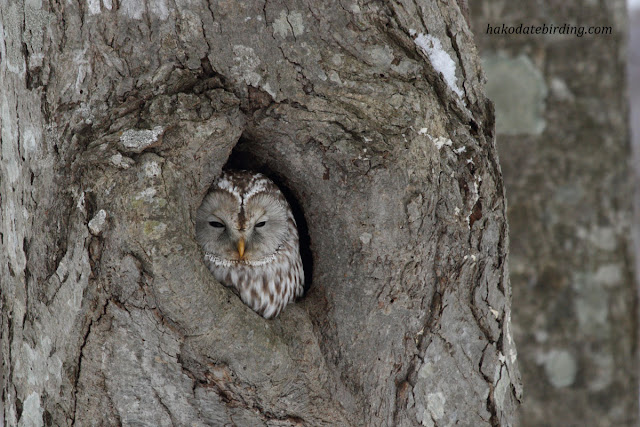 A quiet lazy start to 2012 saw us in Kamiiso first up. I couldn't find the Shorelark, maybe it's gone. There were a few birds in the port though, not as many Black Necked Grebes as last time. 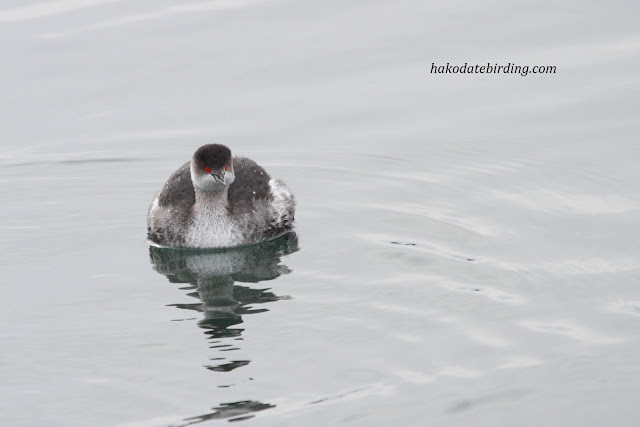 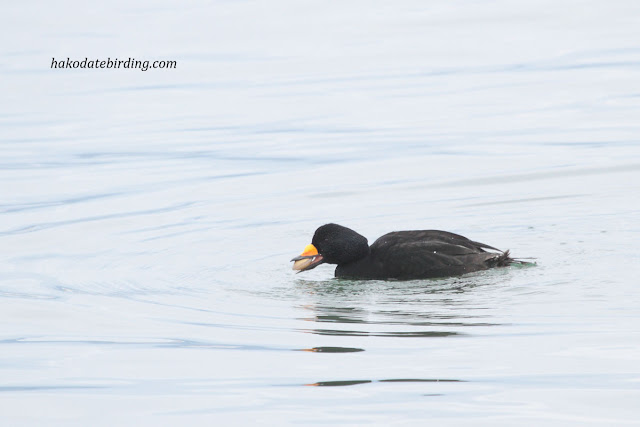 Not much else around so we headed to Onuma, the Ural Owl was showing nicely if a little sleepily. 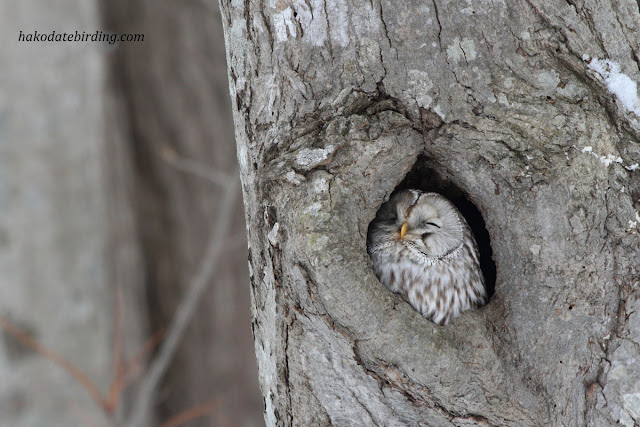 The Nuthatches now have a snowy background instead of an autumnal one........ 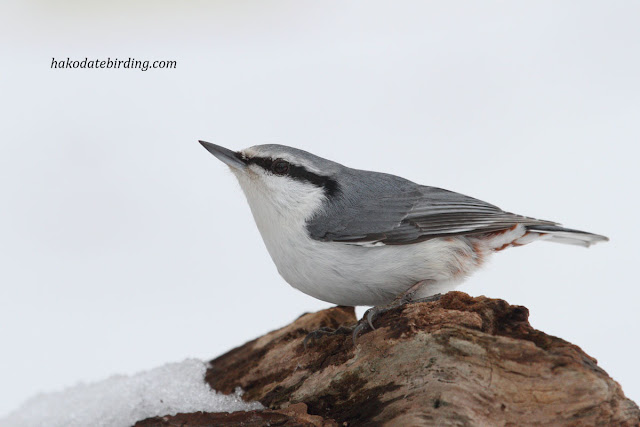 Not a vintage New Years Day for photos. It was a dark grey day as you can see. On the way back home in the late afternoon we stopped to check out a large flock of Rooks in Ono. Growing up in England it's difficult to get excited about Rooks but over here they are a little rare. I've never really tried to photograph crows before, I had no idea it was so hard. Black birds on a dark day are not a great idea and this species os unbelievably shy here too. This was the best I could manage and it isn't very good. Soft and blurry but at least it was striking a nice pose. 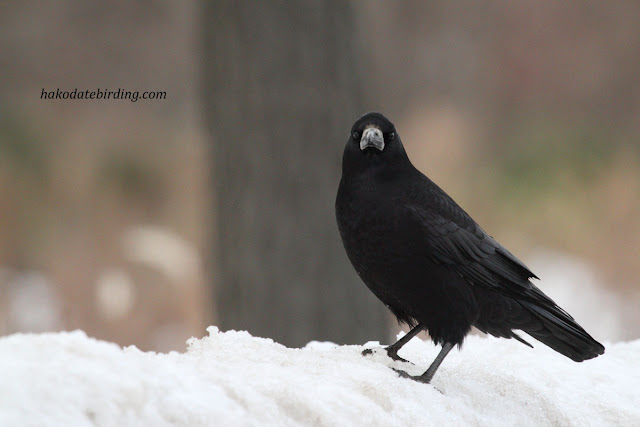 In the flock there were 3 Daurian Jackdaw, another bird I find difficult to photograph. I never see them on the ground, always against grey skies and I only ever shoot them through the car window on busy roads on freezing cold days. 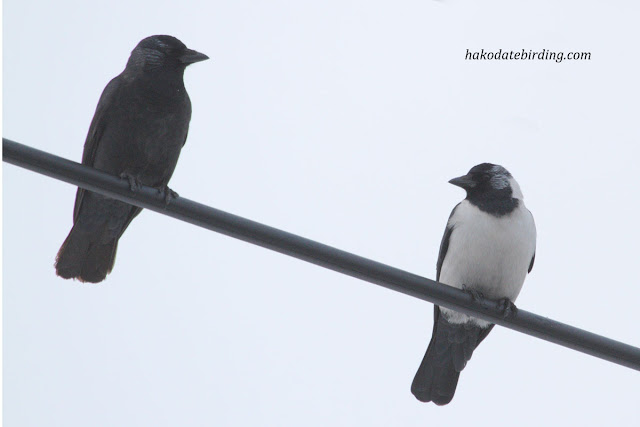 Before that I had another blog on surfirds which ran all the way through 2006.