A Snowy Sunday in December 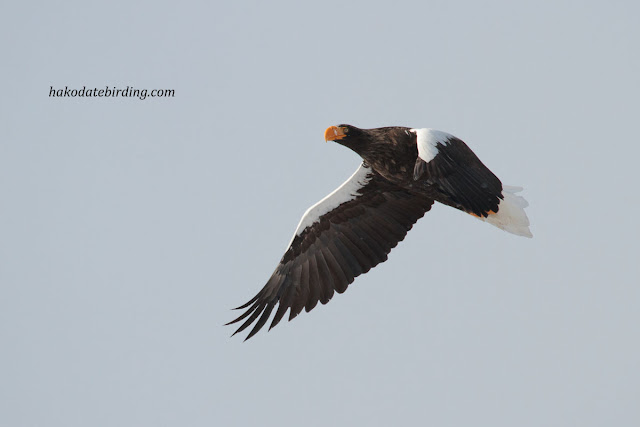 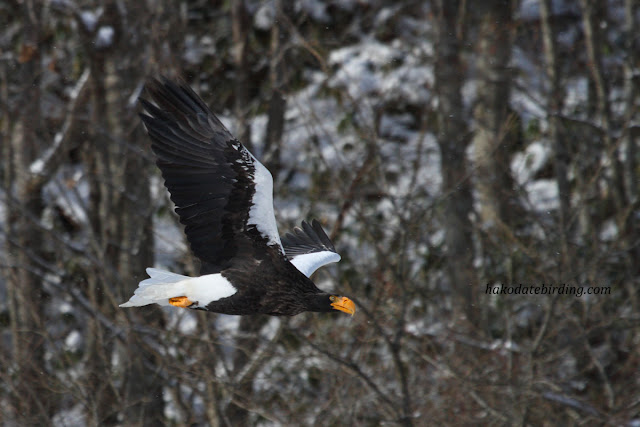 Some adult Stellers Sea Eagles at Yakumo this afternoon. These (and most of the eagle BIF shots below) were taken in a 5 minute period when the blizzards stopped and the skies cleared briefly.

The day started off on a very cold windswept beach looking for Snow Buntings in a blizzard. This has been one of my bogey species in Japan, everyone else seems loads of 'em but until today not me (though I've seen them in the UK before). 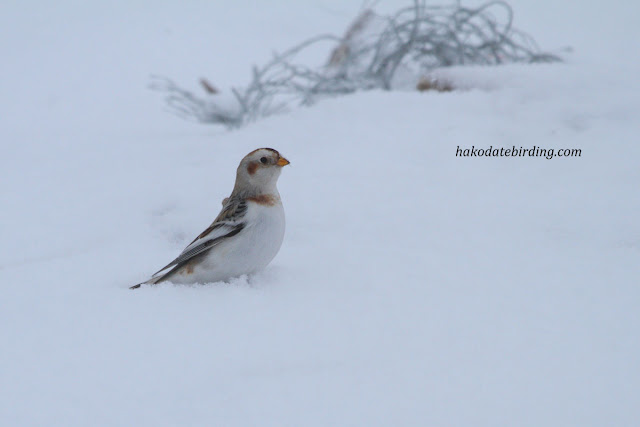 There were 6 of them. They were difficult to approach and like I say the weather was just atrocious. 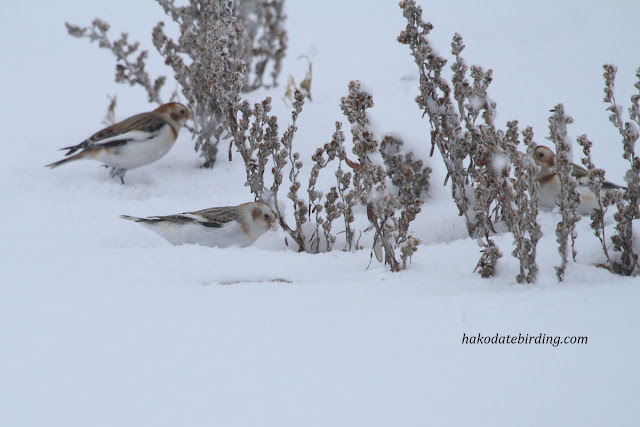 In amongst them were 4 Lapland Buntings, they were even shyer..........this was the best I could manage. 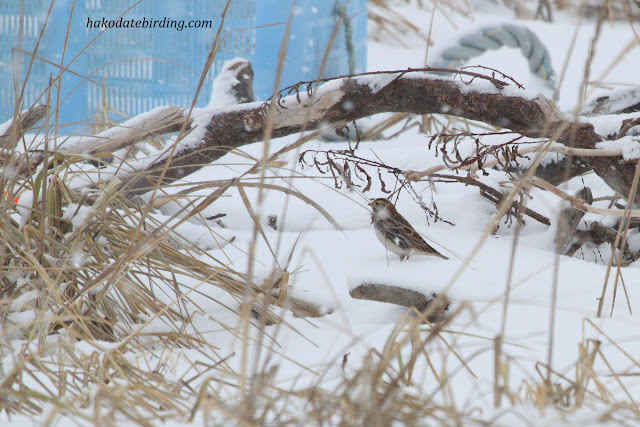 The eagles were up in the trees sitting out the blizzard.............this one was during a very temporary lull in the snow. 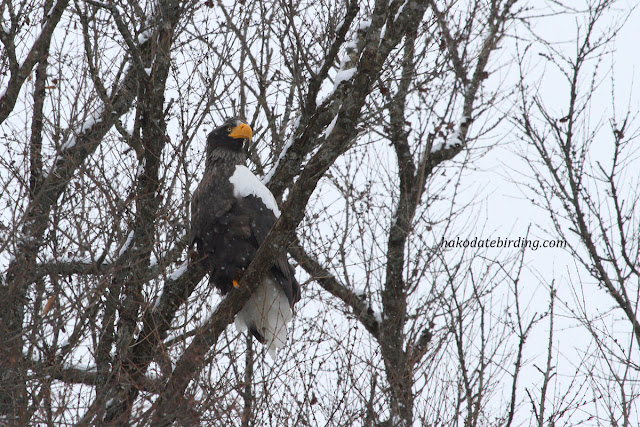 When the sun did break through several of the eagles took off..........this is an adult White Tailed Eagle. 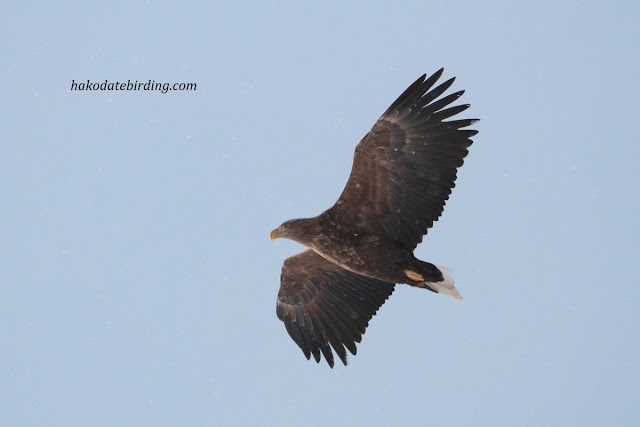 Most of the birds my camera was chasing were Stellers though......... 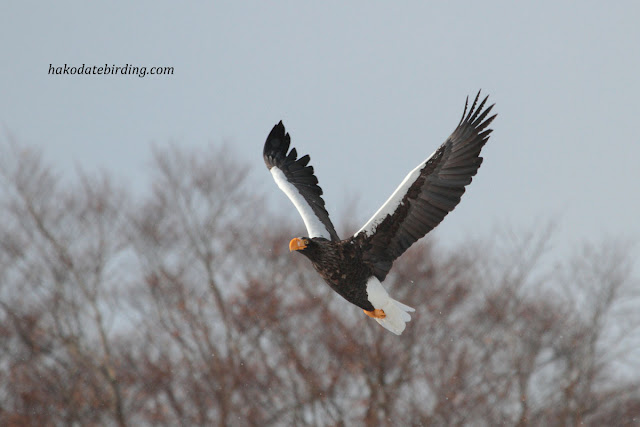 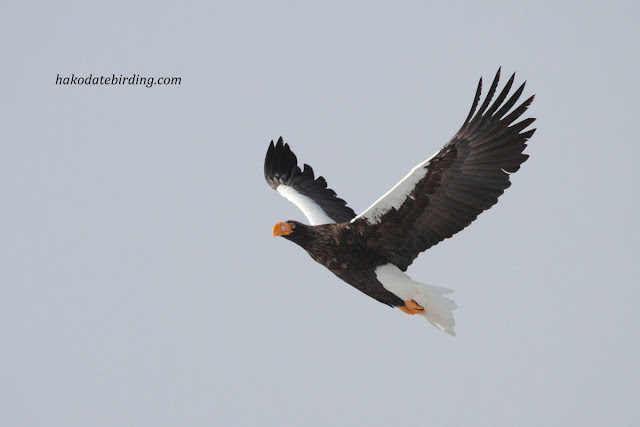 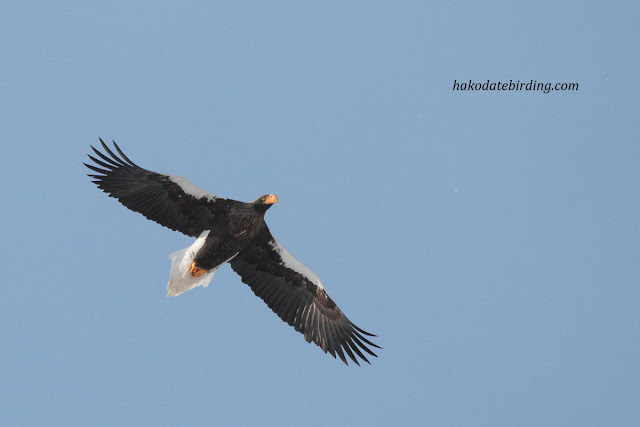 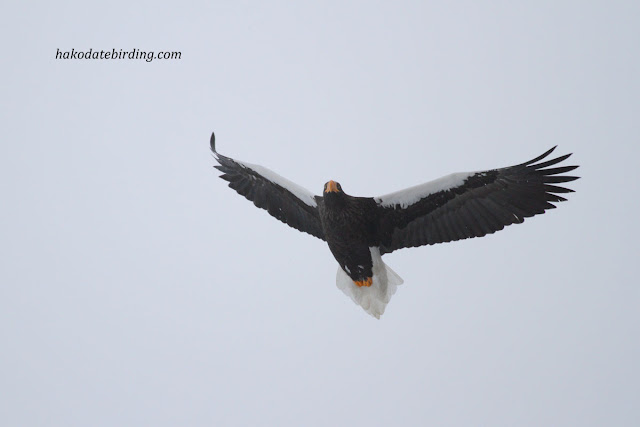 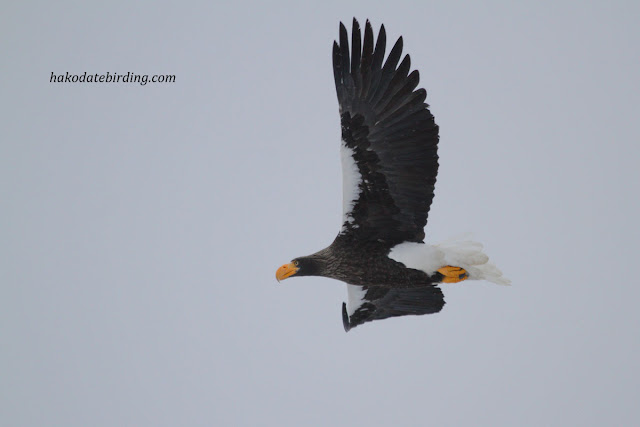 And finally an immature of both species as the skies grew gloomier and gloomier....... 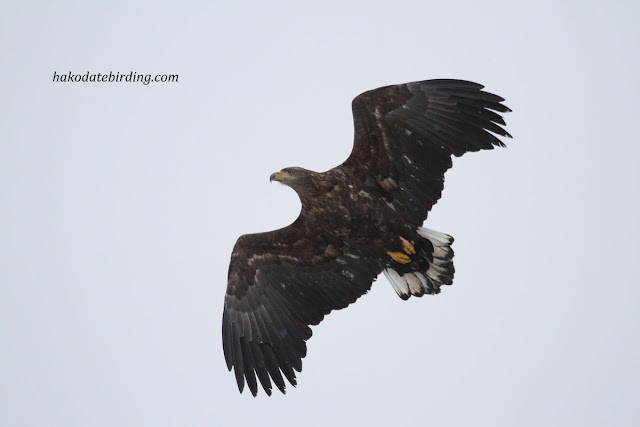 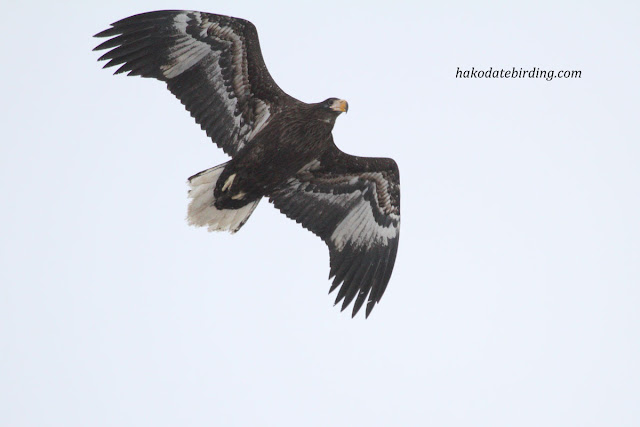 It was the first real heavy snow of the winter, it was just about possible to walk off road in Yakumo today but that'll probably be the last time until spring.

Not much else around, we had a look at the port in Oshamanbe, there were only Scaup, Black Necked Grebe and Goldeneye. Lots of Great Egrets everywhere too.

Liverpool won, now up to #6, will they get any higher?