A quiet end to winter #2 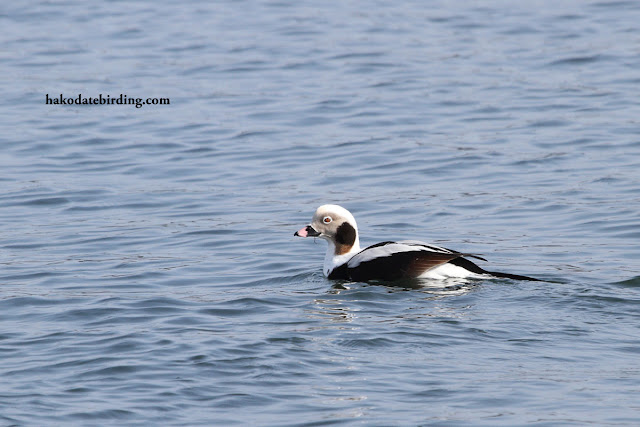 We went up to Yakumo this morning and were bombarded with tsunami warnings all the way, the harbours were all closed (a worried looking policeman allowed me 5 minutes to take these Long tailed Duck photos).

This warning came as a result of that big earthquake in Chile. The birds obviously hadn't heard the warnings or perhaps they knew that nothing was going to happen. 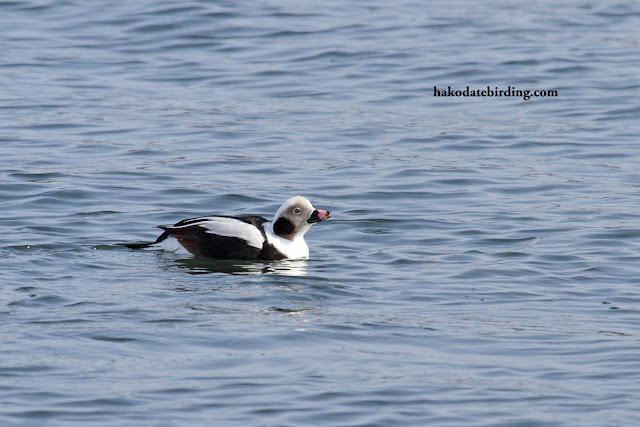 There were lots of birds on the sea but we were a bit reluctant to chance it so we headed inland to see if any Eagles remained. Only a few were still present....... 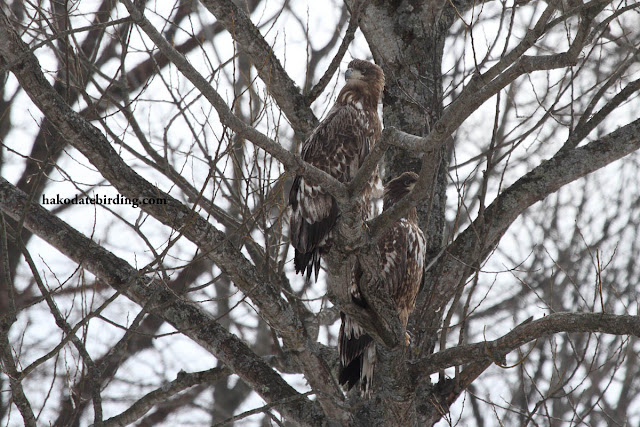 The majority were White Tailed Eagles, like these 2 immatures. I only saw 2 Stellers Sea Eagles. There was also an adult Stellers at Onuma which flew right over the car but I couldn't get my camera ready in time, a low-key end to the 2009/10 eagle season in south Hokkaido.

The usual stuff at Onuma, the lake is about 5% ice free now. This Grey Heron was pretty much the only shot I took. 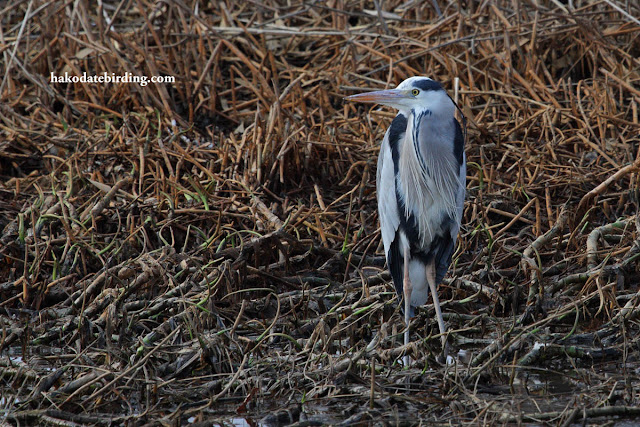 I enjoyed the Chelsea v Man City game last night although the result wasn't good for Liverpool. I wish Bellamy had worked out better at Anfield, who would you rather face as an opponent, Bellamy or N'Gog?