A quiet end to winter 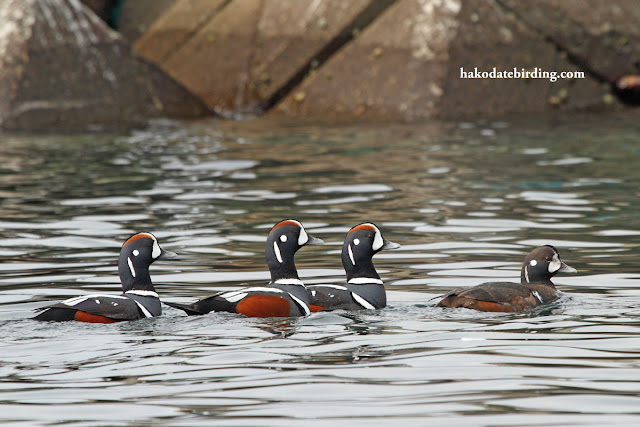 A quartet of Harlequin Ducks in Hakodate yesterday. They were displaying and this group of males (the one on the end is a young one) were harrying a group of females off camera.

It was a mild sunny day and I walked down to Irifune port to check out the Brent Geese. 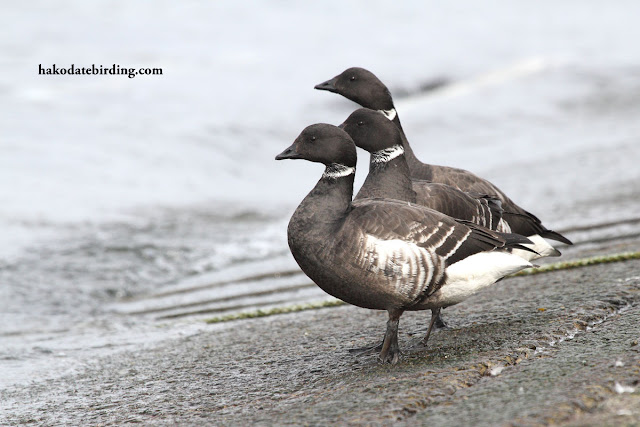 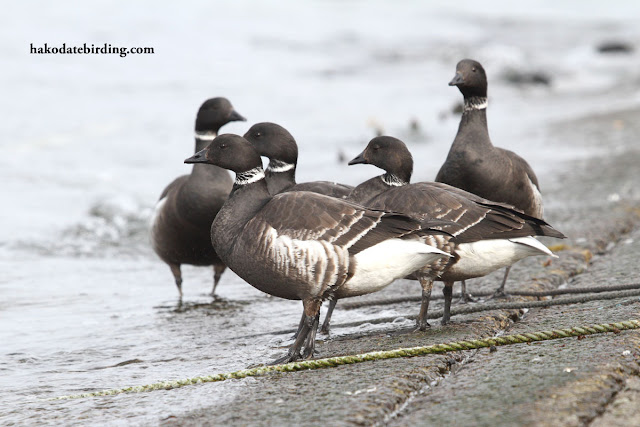 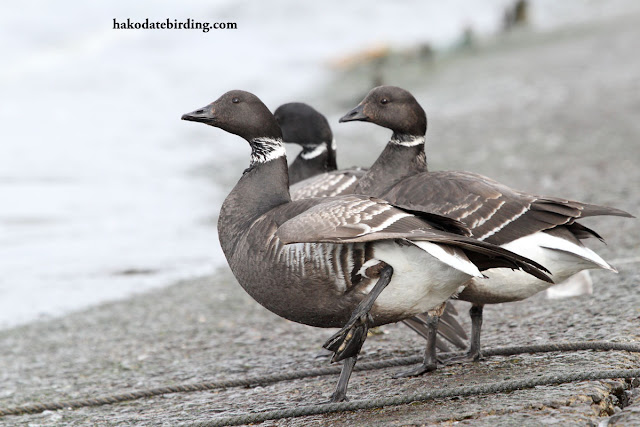 Like I said it was mild, warm even. Actually it felt like the start of spring. About 13 degrees!!!! Only 2 or 3 weeks ago it had been highs of minus 9 in the day and so cold my fillings hurt. The town is slowly thawing, last night the snow on the rooftops was dripping down onto the road and lying atop the ice meaning it was crazily slippery. Now it is raining, hopefully it'll wash the snow away........

I took some more handheld video of the Brent Geese.........they may take a few seconds to load so please be patient.

This is one where they meet a Gull and scatter and then one steps over a rope. Will the excitement ever end?

This is one where I messed up the settings. I have a registered user setting (C3) for the best video but I forgot to change it for this one alas.

I couldn't be a**ed lugging a tripod down there (it's quite a long walk) so I had to rest the camera on walls or anything handy. 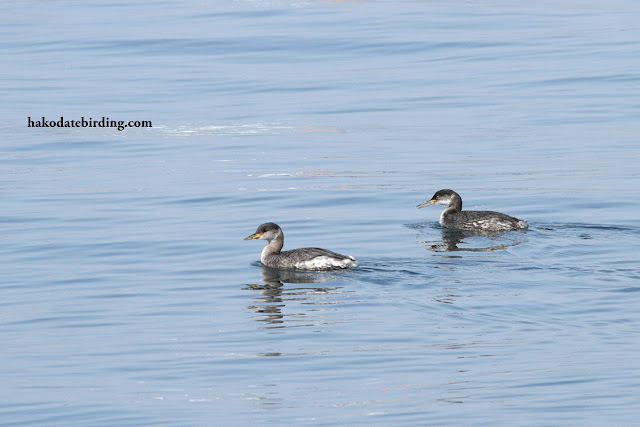 Not much in town, just the usual common stuff that has been around all winter such as Hawfinch. 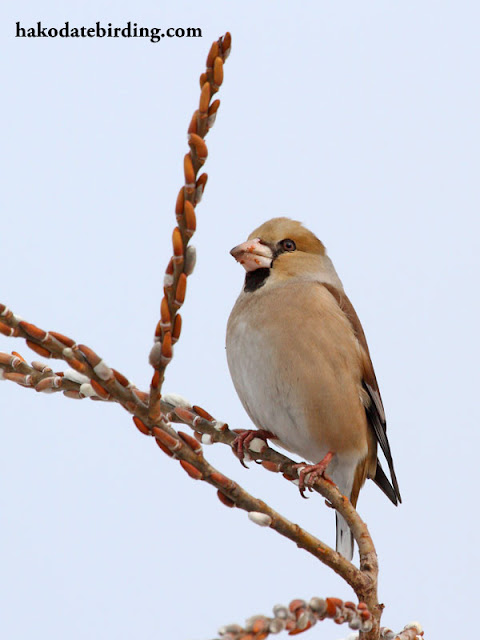 I don't know why early 2010 has been so poor for small birds in south Hokkaido. The first 6 or 7 weeks of the year were very very cold and there was a lot of snow. Did this disrupt bird movements? Did they winter further south? December 2009 was very very mild, were the birds still up north or to the west and got caught out by the sudden drastic change in weather? Did most of them perish? Or they just avoiding me because they know I got a new camera in the autumn?

I'm still holding out for some Crossbills but have officially given up on the Waxwings.

Hopefully the mild weather may result in some interesting stuff heading back to the north from balmy Honshu......