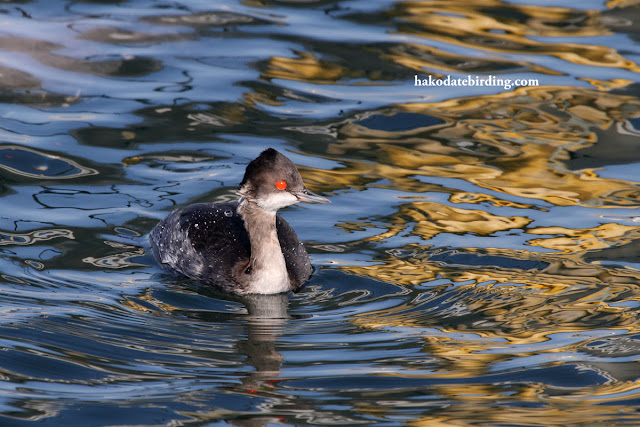 A Black Necked Grebe at Shikabe this afternoon.

Very nice weather today, lots of blue sky and tolerably mild weather. We started off in Hakodate, I tried to do a Brent Goose video but they didn't come close enough so we headed over to Kamiso. Lots of stuff on the sea here, mainly Goosander and Red Breasted Merganser but also some Grebes and Divers way offshore. Next stop was Onuma. 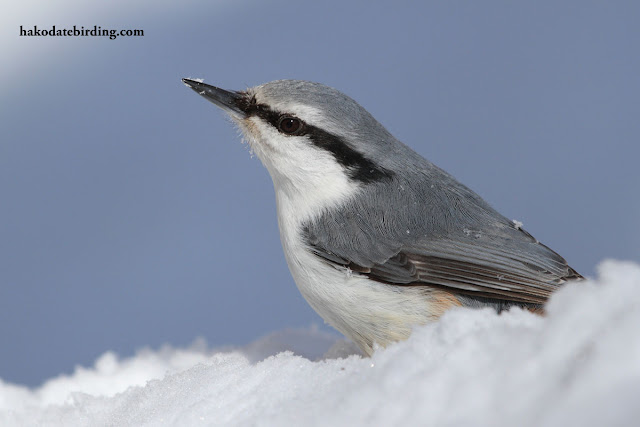 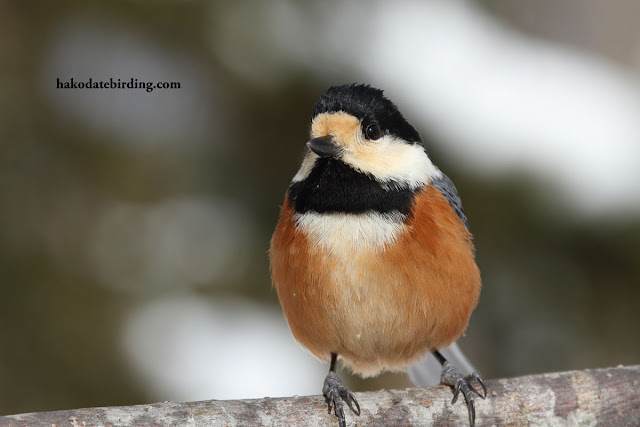 The usual stuff was around here, the most interesting bird was this Daurian Jackdaw, one of a group of 4 circling high in the sky. 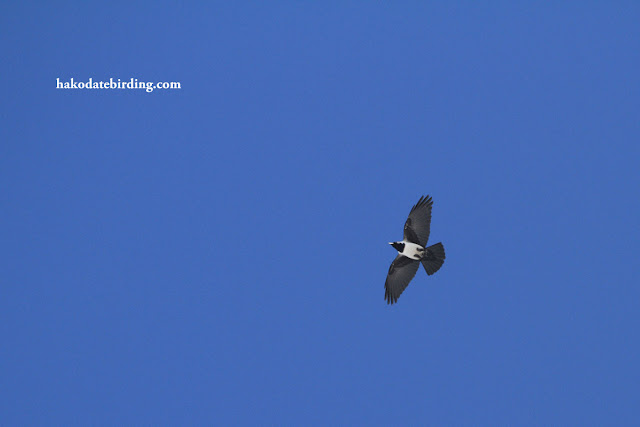 This is a fairly scarce visitor to the region in winter although it seems to be getting commoner.......

I'd forgotten what a clear blue sky looked like. 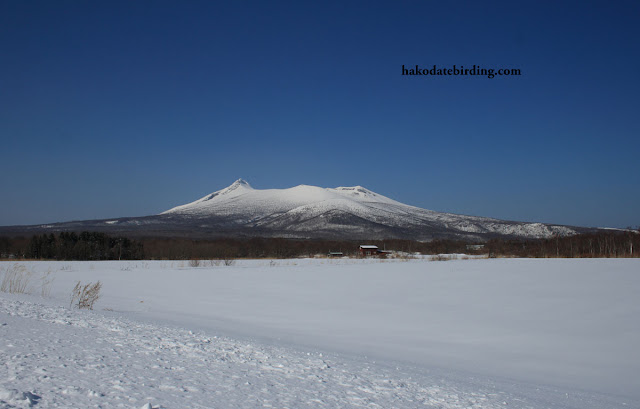 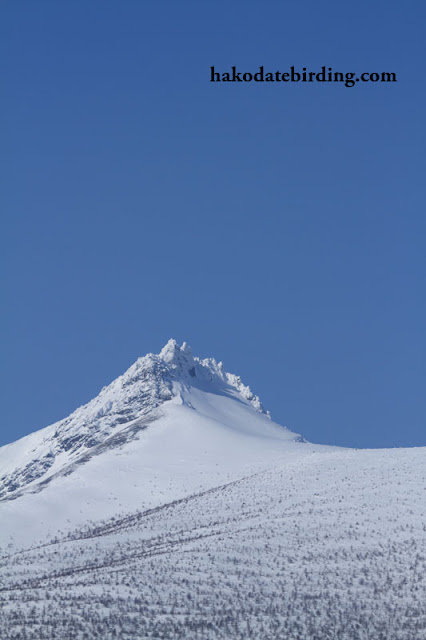 Over at Shikabe there were a few Black Necked Grebe (nowhere near as many as last year though). 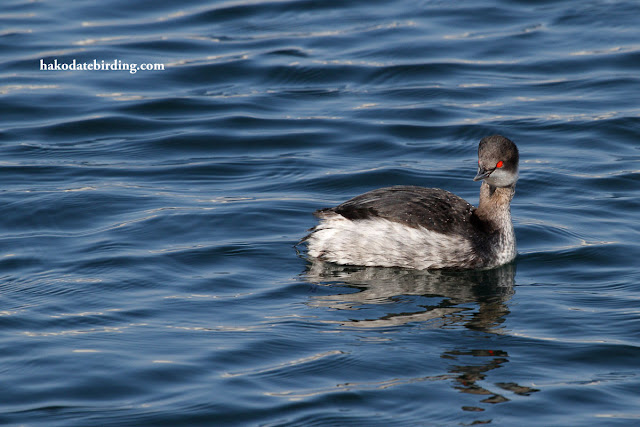 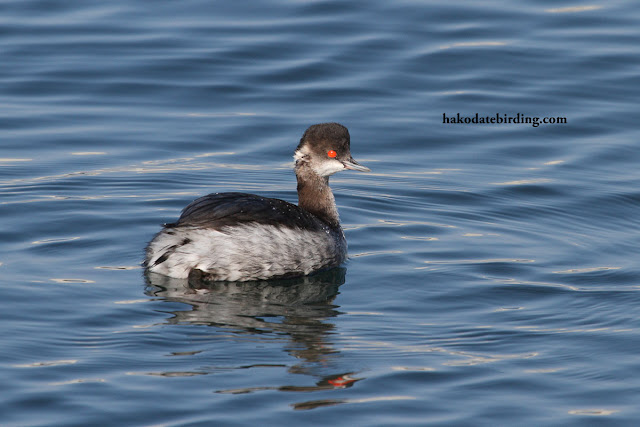 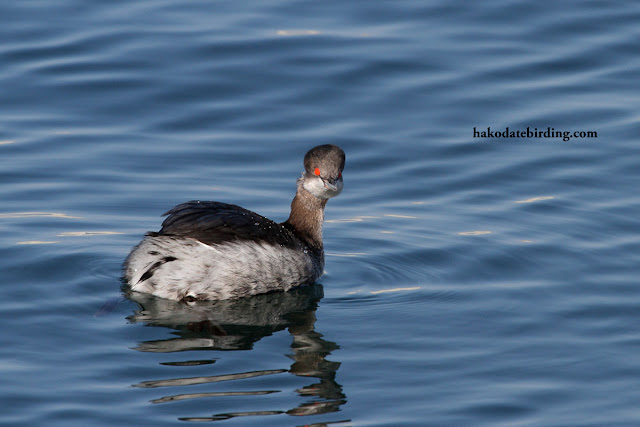 And here is a fairly common bird that I rarely get to photograph. 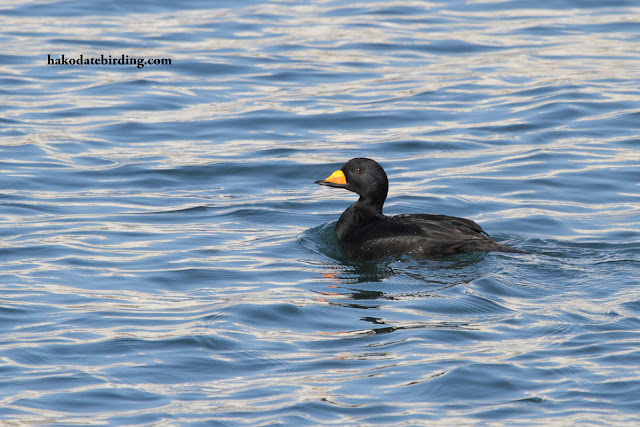 A drake Black Scoter. Lots of these visit the region in winter but generally they're out on the open sea. This wasn't so close but a lot closer than I normally get.

We headed back to Onuma, not much happening birdwise but it was nice and wintry...... 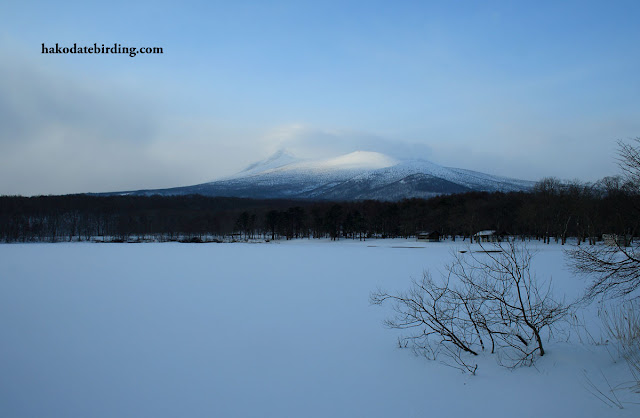 My wife takes much nicer landscape stuff than I do, here she is in action. 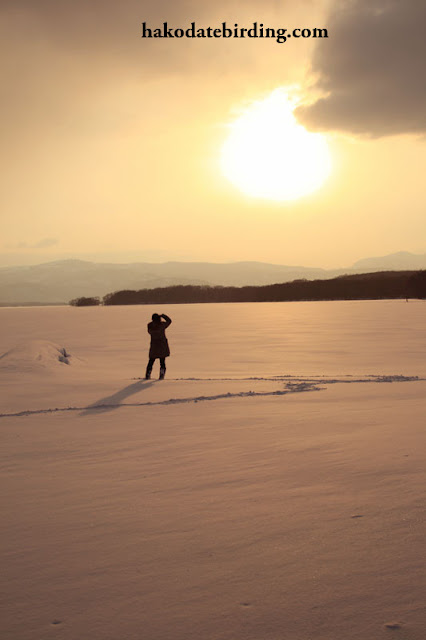 February has kind of slipped by without me really noticing it. The Crossbills didn't arrive as they had done the previous 2 Februarys. Looks like next week will see me loitering under pine trees looking for red and green birds. They were here every late winter from 2002-2004 and then went missing for 3 years, returning again in 2008.

So basically I have no idea if they'll come or not.