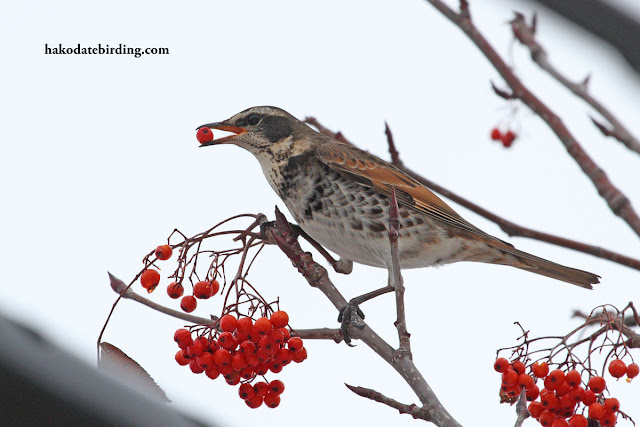 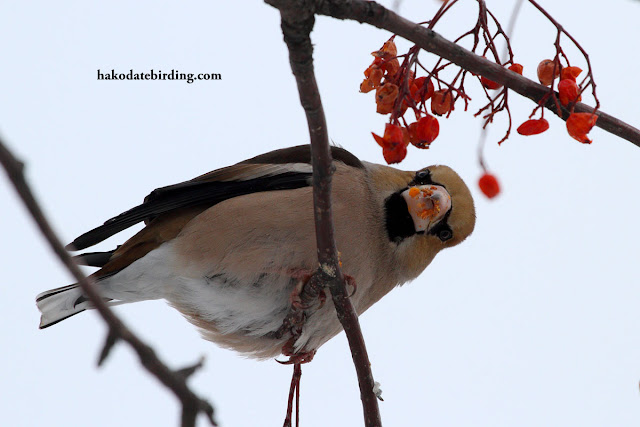 I was hoping the Waxwings would arrive this week. They usually arrive in the 3rd week of January. If they're not careful the Dusky Thrushes and Hawfinches will have finished off all the berries.

There are absolutely loads of Dusky Thrush around at the moment. And they're behaving exactly like Waxwings, eating berries and perching on TV antennas. 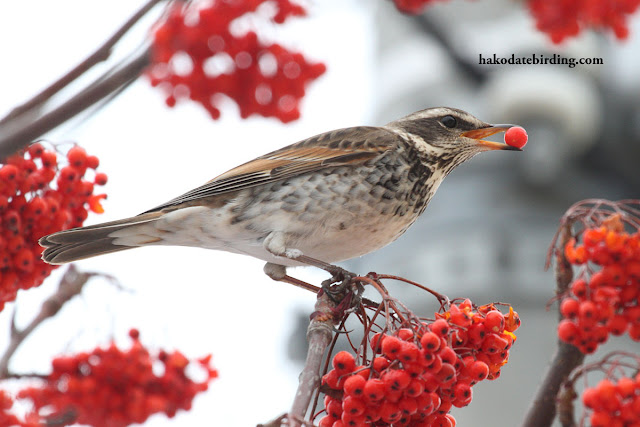 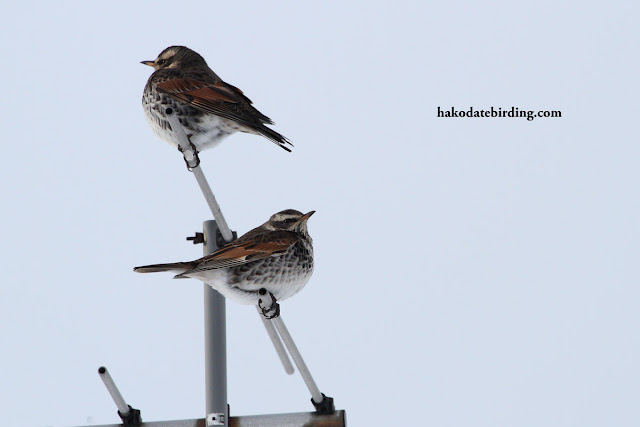 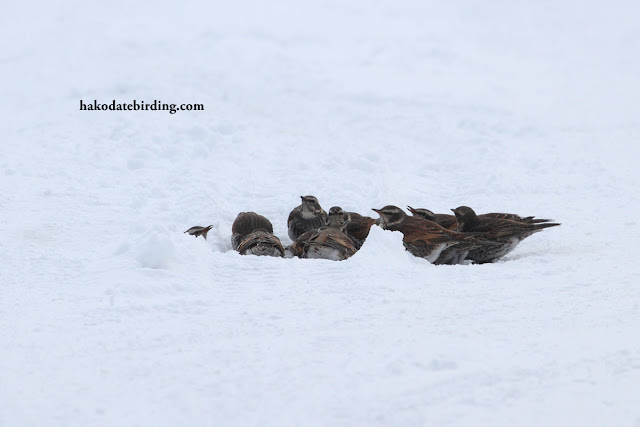 Last winter I saw a Fieldfare with the Dusky Thrush influx. Fieldfares are as rare here as Dusky Thrushes are in Europe. Duskys are generally the only Thrush species I see here outside of the breeding/migration seasons.

There were so many of them around today I was hoping to see something rare tagging along, perhaps one of the other race of Dusky Thrush (Naumanns Thrush is it called?) but no joy.

This Hawfinch was relatively confiding. The berry laden trees are on busy streets which makes taking pics difficult. Pedestrians scare the birds off, drivers gawk at the foreigner with the big camera and the birds fly to and fro across the busy road......... 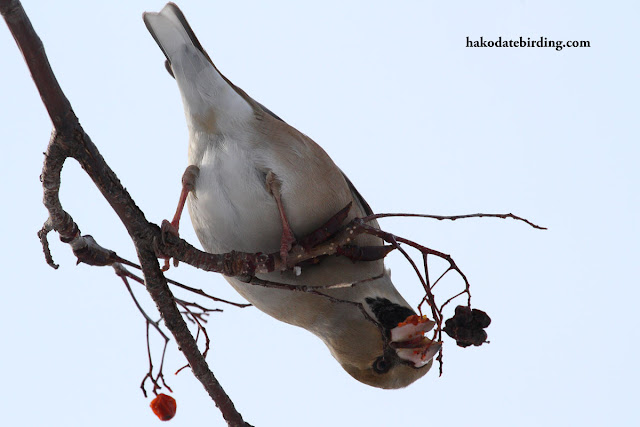 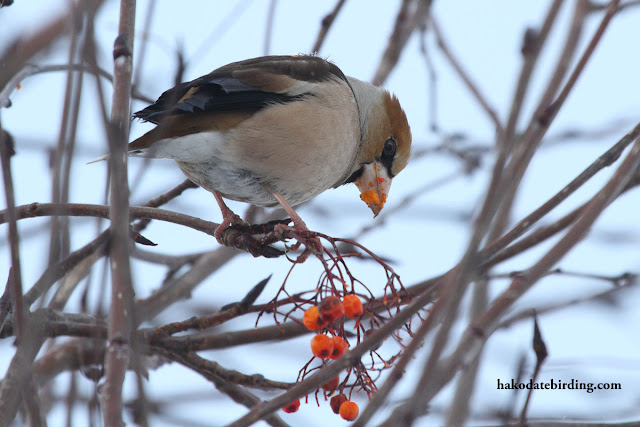 Not much else of note, here's a female Daurian Redstart. Usually we only get males in winter, I wonder what she was doing in town? 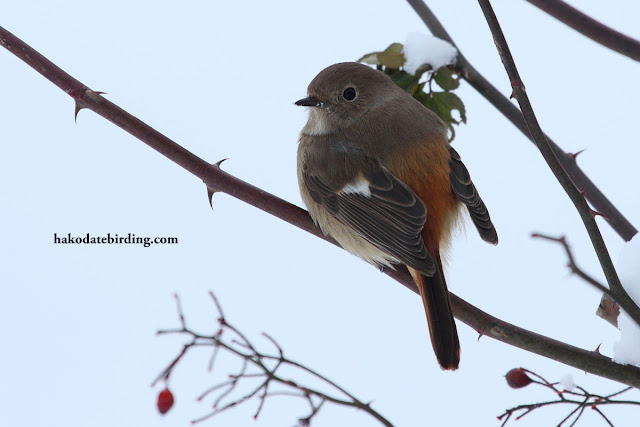 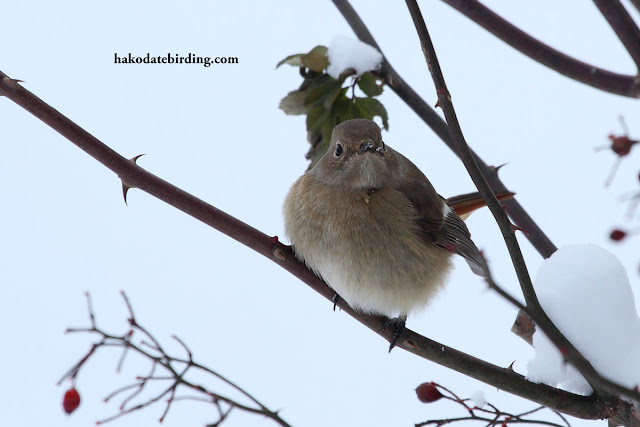 It's been another cold snowy icy week and more of the same has been forecast.

Wow, Liverpool's season just gets worse and worse. Now their 3 best attacking players are crocked, they've bought an injury prone over the hill Argentinian and are talking about buying another foreigner I've never heard of who'll be another flop like all the other foreigners I'd never heard of. I'll be happy with 7th place at this rate.

England are toiling in the cricket, dunno if they'll claw their way out of this one (no Onions to save them this time either). If they do manage to draw the game (it looks like rain may be a factor) then they'll win the series 1-0 despite being totally outplayed in the 3 other games. Which would be pretty funny.