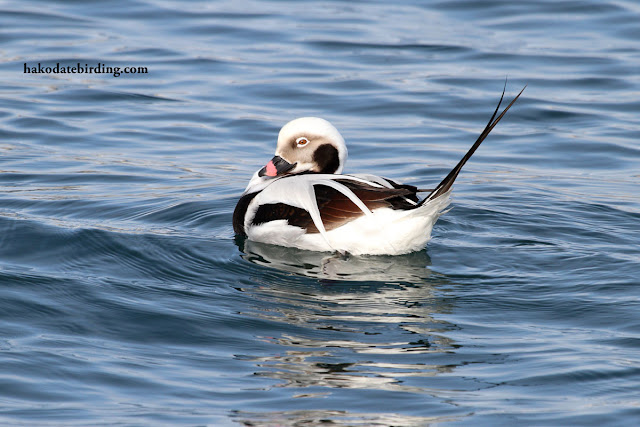 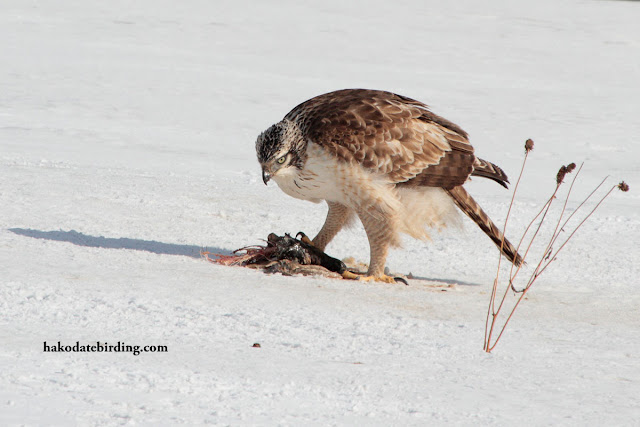 Two of today's star birds, a drake Long Tailed Duck at Oshamanbe and a Mountain Hawk Eagle tucking into some salmon at Yakumo.

The latter is a scarce bird in Hokkaido and is only the second one I've ever seen. It has very thick powerful talons and it looks like it doesn't take s**t from anyone. The local Crows left it well alone (something they don't need to do with the bigger Stellers and White Tailed Eagles). The above photo was taken with a 1.4 teleconverter as was this video.........

This video was cropped and downsized, for the full HD version go here.

I still haven't quite got the hang of liveview, this video with DSLR lark is tricky to master as is editing it on the PC.

To be honest the jury is still out on the 7D/100-400L combo when used with a teleconverter and I took it off, these shots below are without. 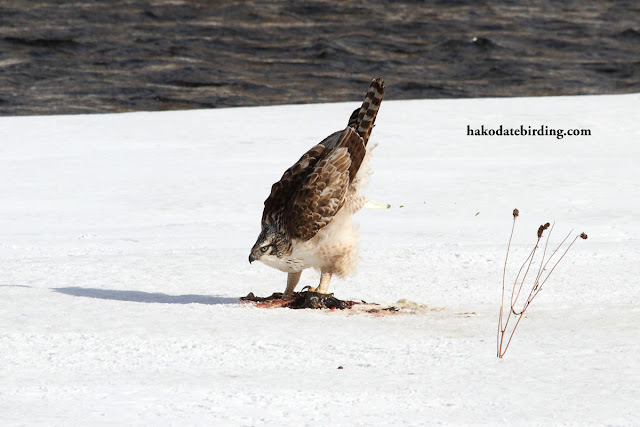 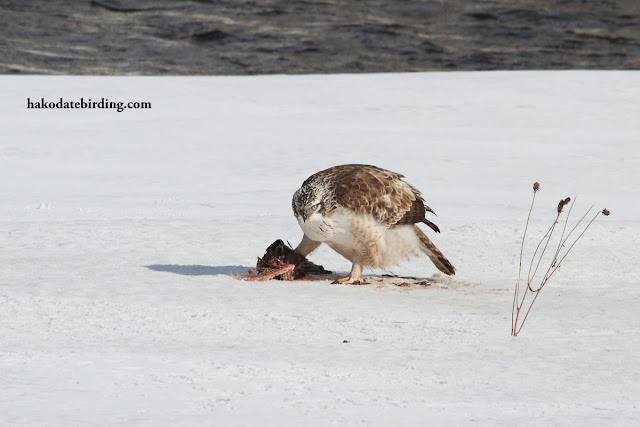 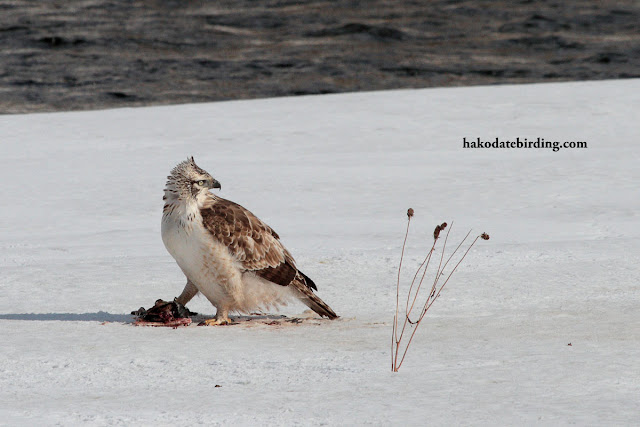 It was by the side of the road and attracted several folk with large expensive lenses. We spent part of the afternoon with 'dotetin' (blog linked on the right) and although the Hawk Eagle was the top bird on show today the usual stuff was still around. Not many BIFs today...........here is an adult Stellers Sea Eagle in a tree instead. 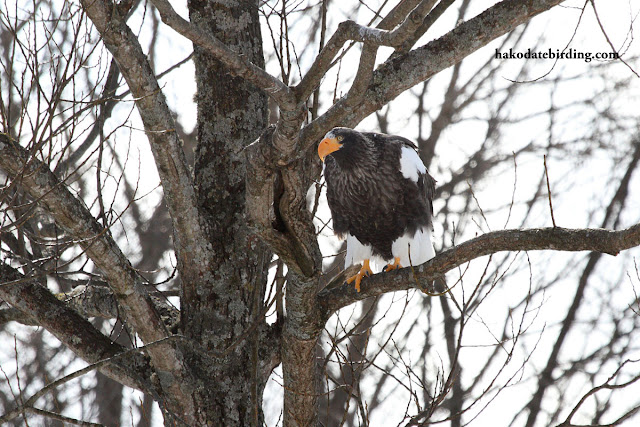 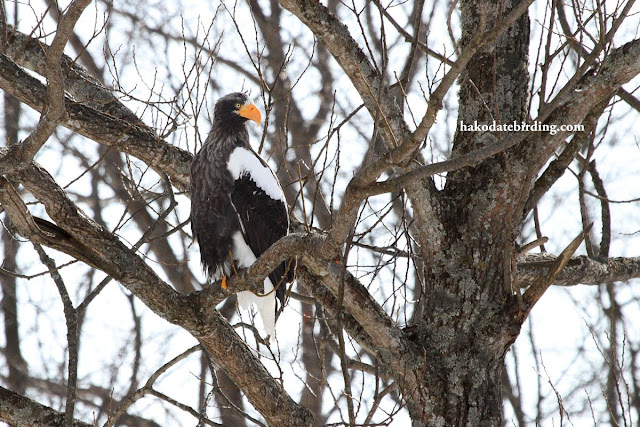 As you can see we finally had some decent weather, after a whole month with only a couple of half days with blue skies.

Lots of Rooks around today. Near Onuma, just outside Yakumo and this one in a supermarket car park in Hakodate. Rooks are a scarce winter visitor in northern Japan.

After Yakumo we headed up to Oshamanbe and the Long Tailed Ducks (well 3 of them) were in the harbour. 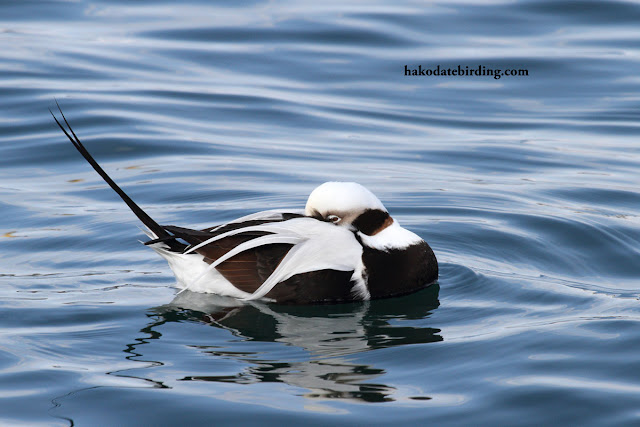 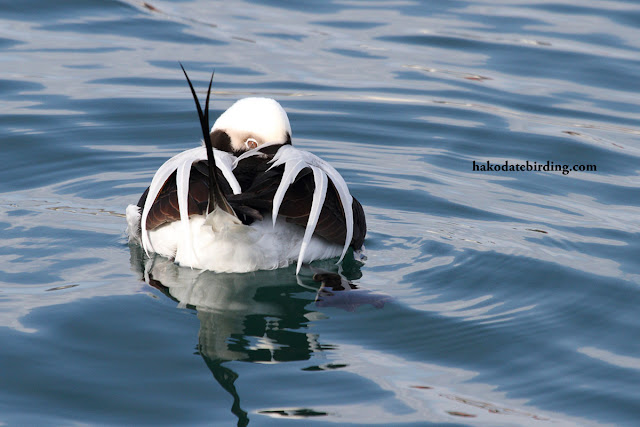 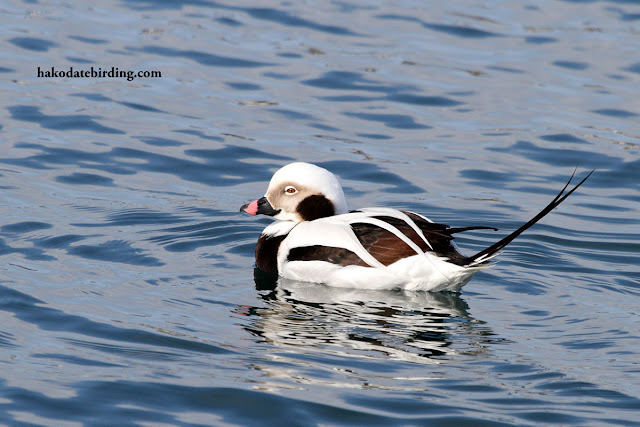 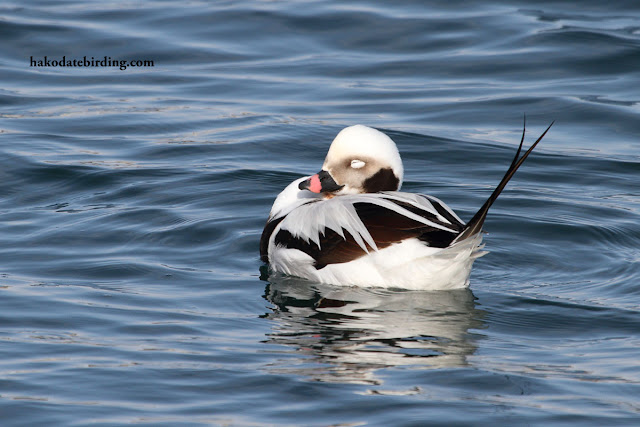 Other ducks in the harbour included several Wigeon. One of the drakes had a green crescent on its head, was this a hybrid with an American Wigeon? I didn't get a decent shot of it, it looked just like a regular Wigeon otherwise............ 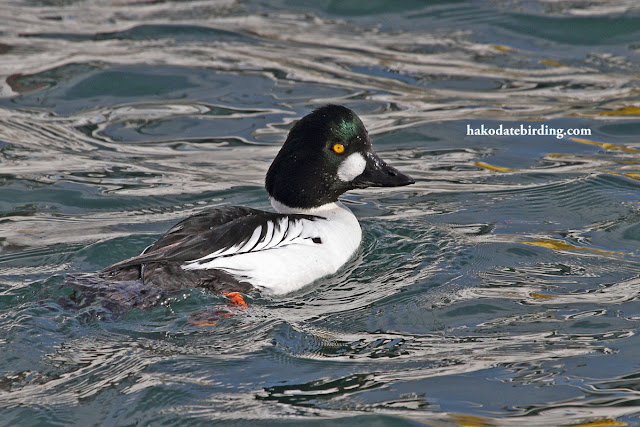 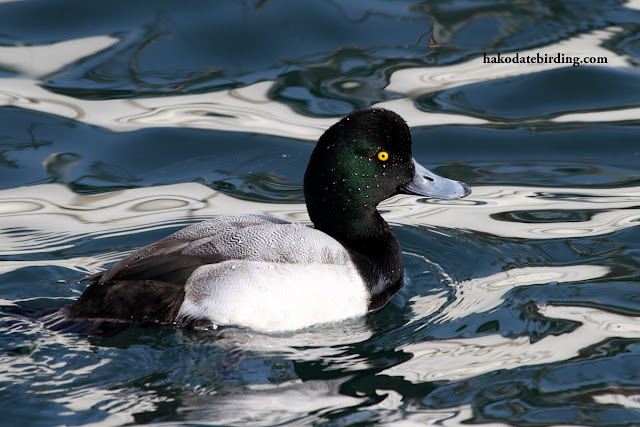 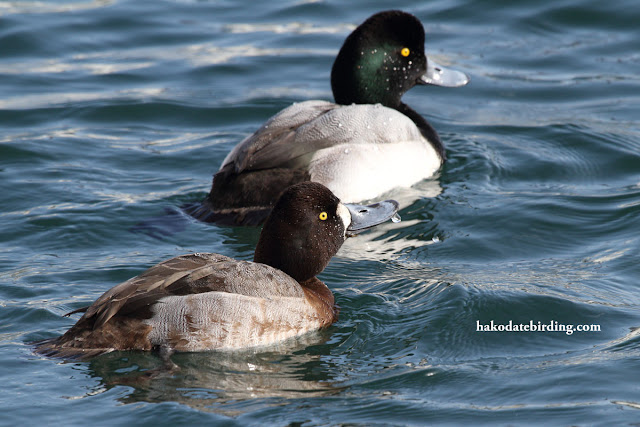 Lots of Glaucous and Glaucous Winged Gulls around, here's an adult Glaucous Gull. 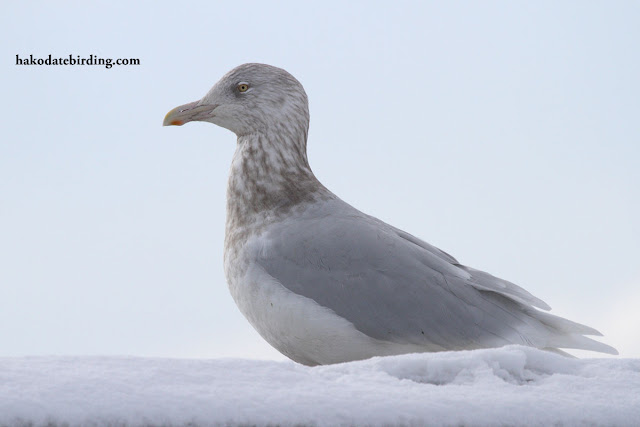 The weather took a turn for the worse and sleet turned to snow on the drive home. The forecast for next week is very bad, well below zero all week and more snow so we got really lucky this morning........

I got drunk and fell asleep on the sofa watching Liverpool v Bolton last night. i'll stay up late tonight to watch the Man U v Arsenal game. A tough one to decide who I want to win, I dislike them both.............but I'd rather a northern team with a few English players won tonight's game. Having said that I'll despair if Man U win the league again (god that means I hope Chelsea do it).