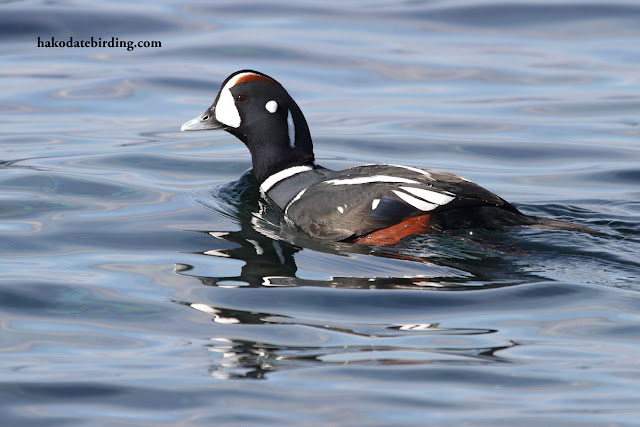 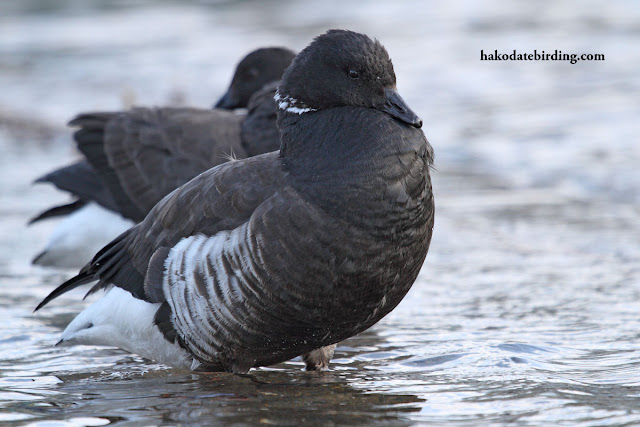 I took a walk down to the dock area this morning to see if the Brent Geese had arrived.

They had. A group of 5. The Harlequin Ducks were posing nicely again, it was mild enough for me to sit on some rocks and wait for them to swim past. 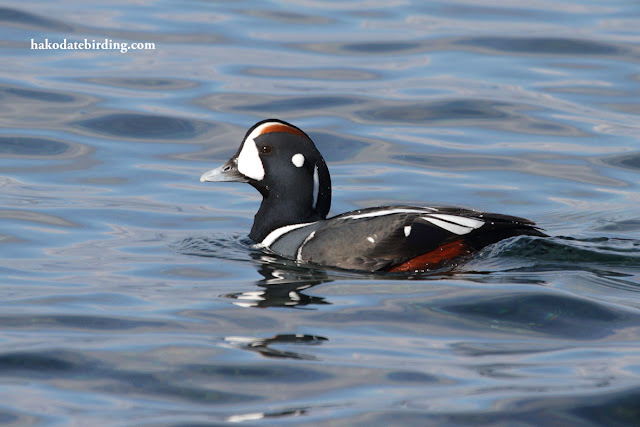 I think I'm getting the hang of this 7D, it needs a lot more post processing and sharpening than my older camera.

The Brent Geese were pretty tame too. I guess this is a family with mum, dad and 3 kids? 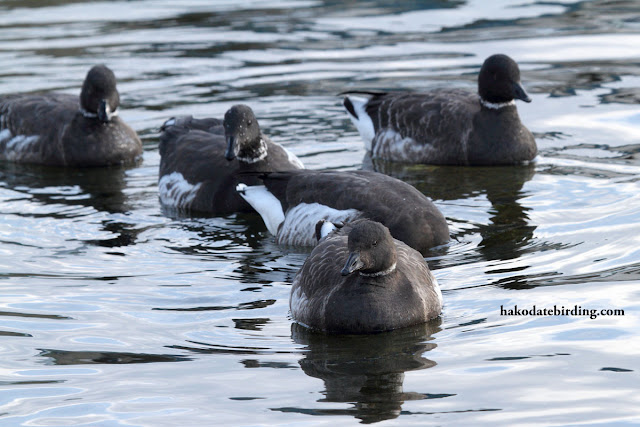 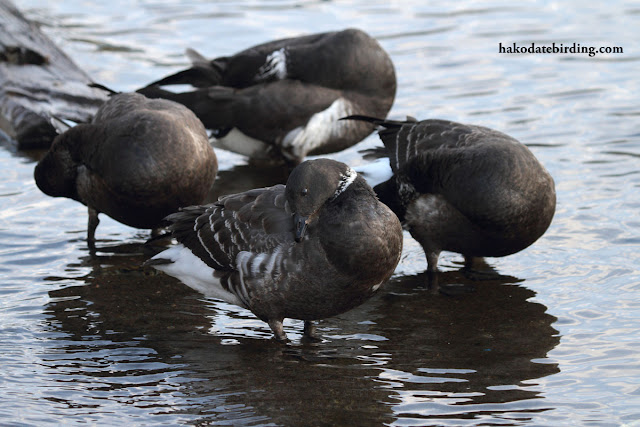 The light was right behind them which made getting a decent shot a little tough. 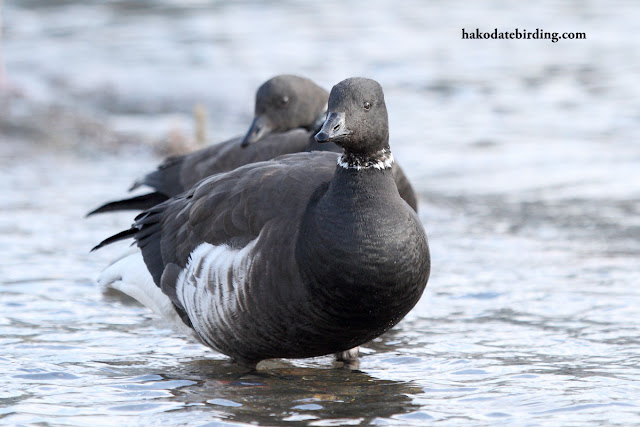 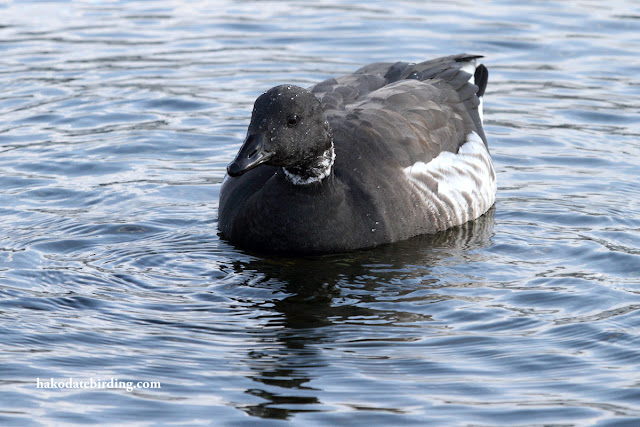 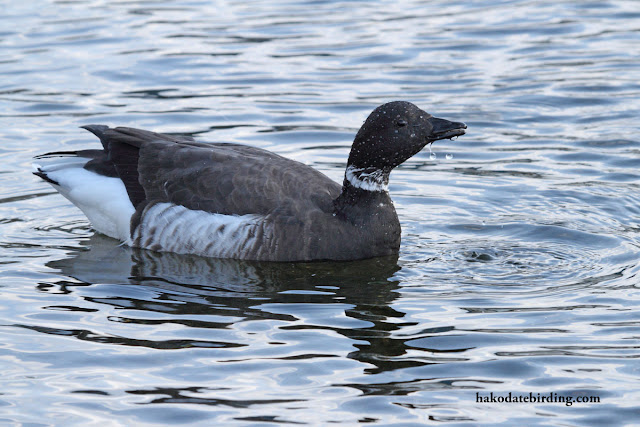 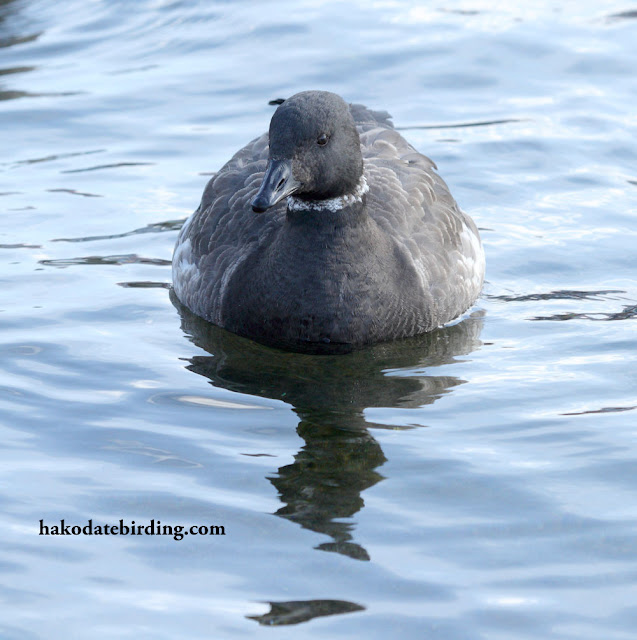 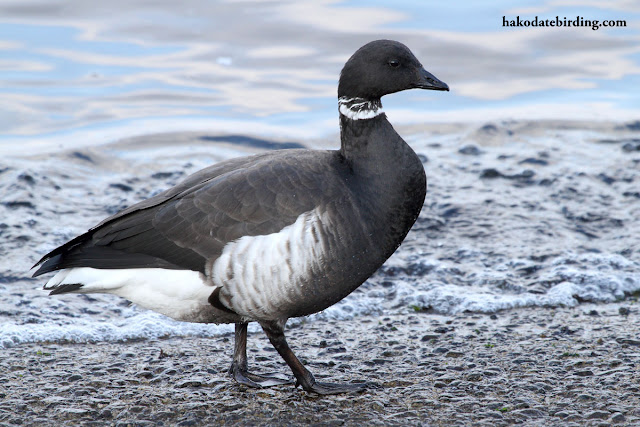 Not much else around except for the usual stuff. Here's a Dusky Thrush near my flat. 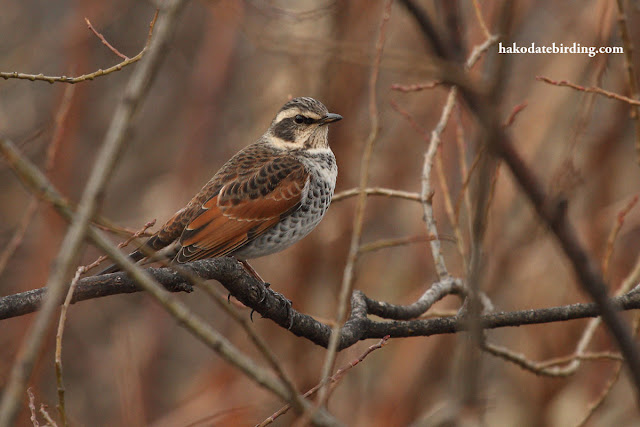 I downloaded lots of stuff by one on my former favourite bands, the Butthole Surfers. Actually I already have lots of it on CD and vinyl but it's back in England somewhere. I got into them in the late 80's, 2 of my flatmates at college were big fans. I saw them in 1989 at the Subterrania in Ladbroke Grove. It was strange listening to them again.

Back in my early 20's I listened to them on my headphones when I was off my head and high as a kite. It's been a long long time since I tried any intoxicants not available in Japanese convenience stores so I have to try and recapture that frame of mind. It's 2am in my smoky spartan bedroom in my crappy flat in Finsbury Park, I have to show my face at work at tomorrow,  god I hate that job, can't wait until Satuday night when we'll go out in Camden, my long hair has only just dried, I looked cool as f**k in my new leather coat that I bought this afternoon on that shop round the corner near the Holloway Road, I've had a few beers before I crawled into bed, a few joints too and hey I think I'll roll another and wow that music is amazing man and one day I'm gonna move to Texas and even though this is the 500th time I've listened to this song it still blows my mind.............

I can't do it. I'm 41 years old. Sorry. Still, some of their more mainstream rock stuff that I didn't care for much back in the day sounds pretty good now.

Hope England can avoid a group of death. Switzerland, Algeria and New Zealand would do very nice thank you Mr Blatter.