Another morning with the Brents 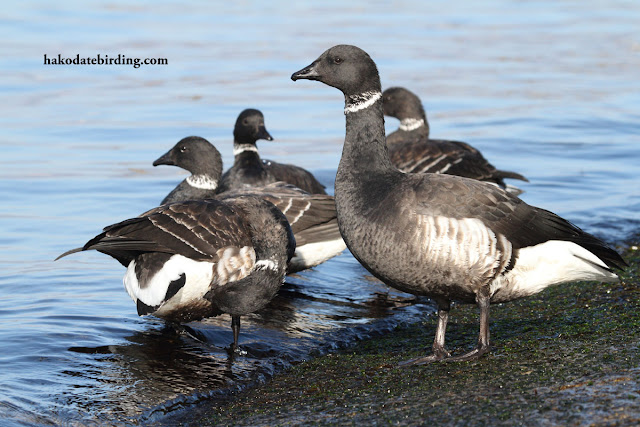 On a beautifully clear and mild morning I headed down to the dock area yet again to check the Brent Geese and Harlequin Ducks. The latter were not co-operative for photos but the former certainly were and hung around in an area with the light behind me instead of behind them. 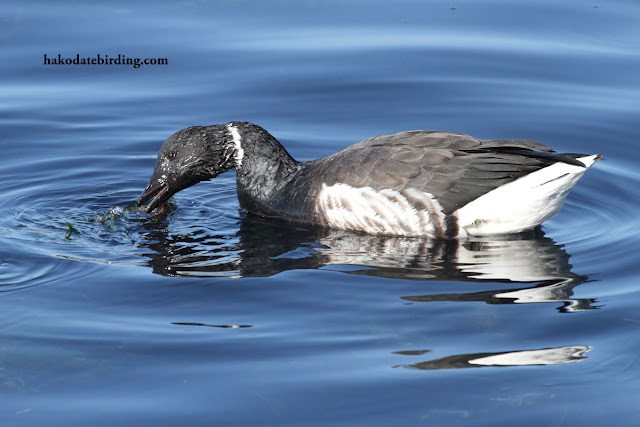 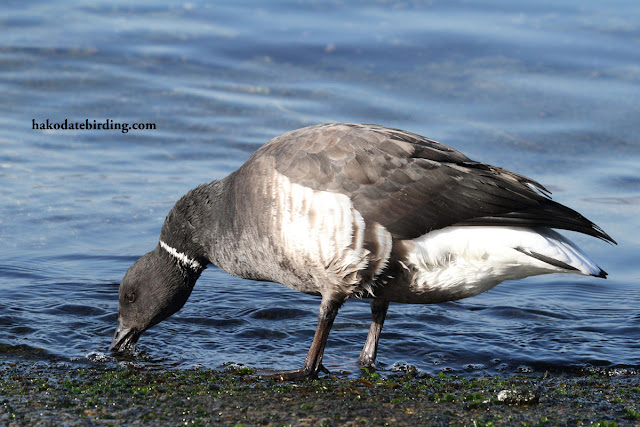 The same group of 5 were present but were joined by another 3 individuals, cousins perhaps?

Much better pics than the last 2 visits that's for sure. 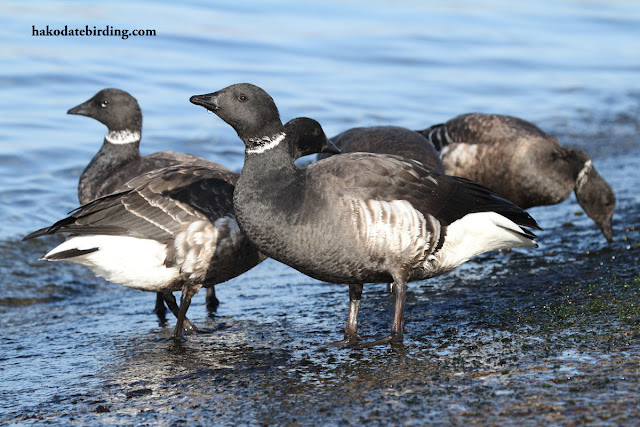 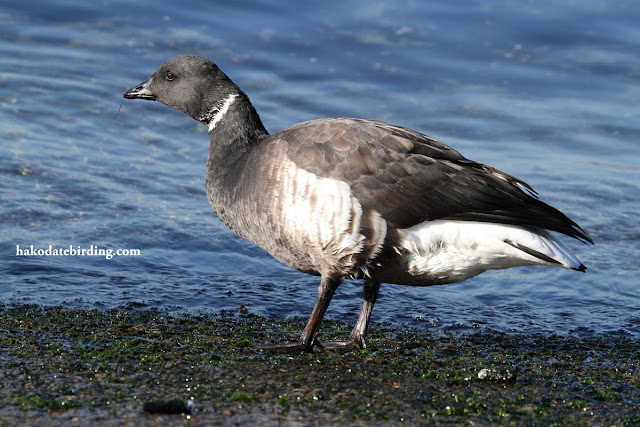 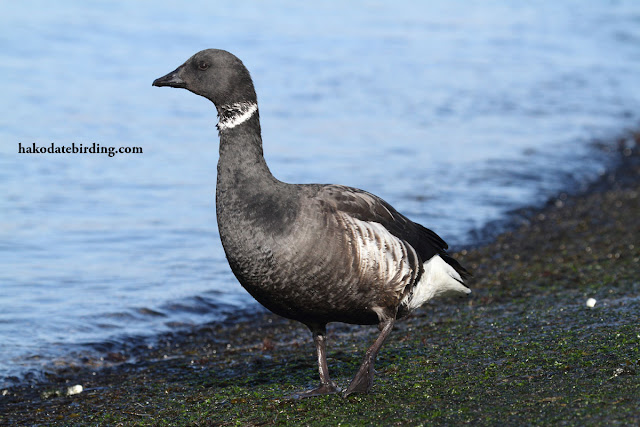 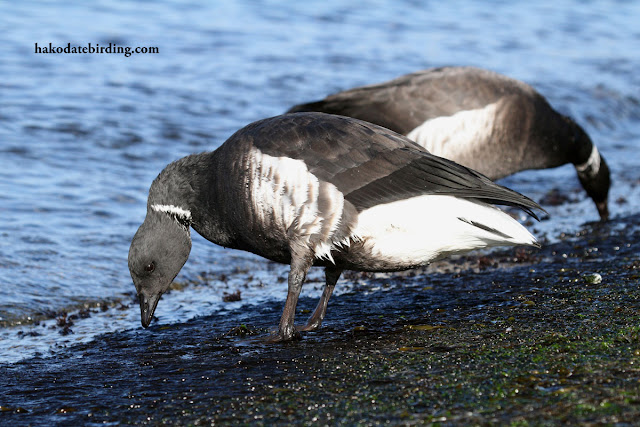 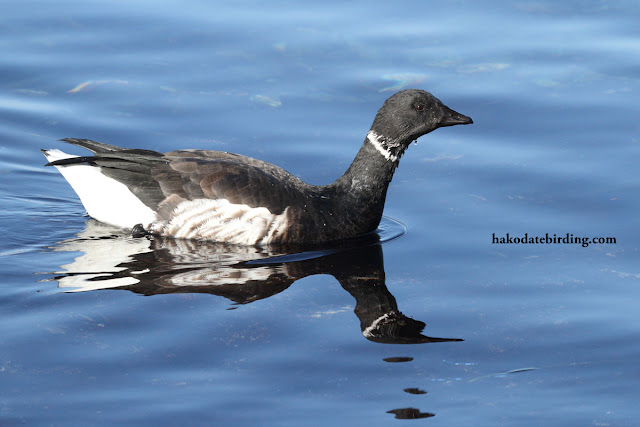 Not much else around, here's a Pelagic Cormorant flying off before I could get a shot. 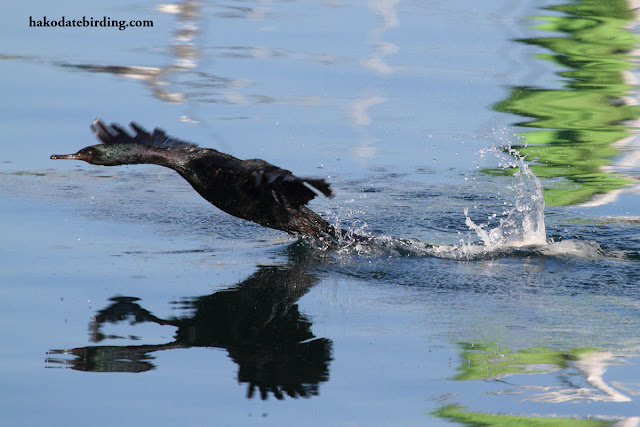 A few other common ducks and that's about it. In the local park the Pochard was still there as well as a flock of Hawfinches and this tame Dusky Thrush. 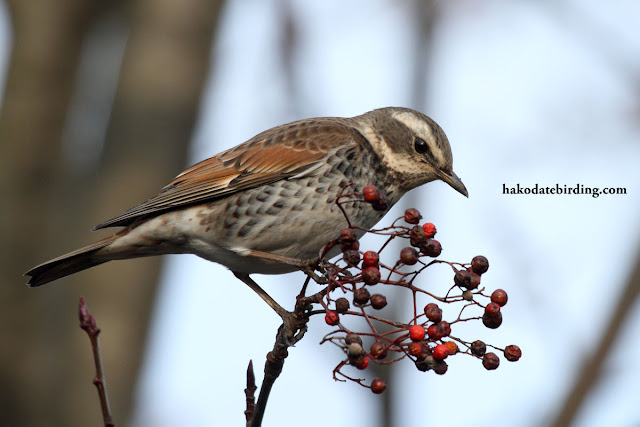 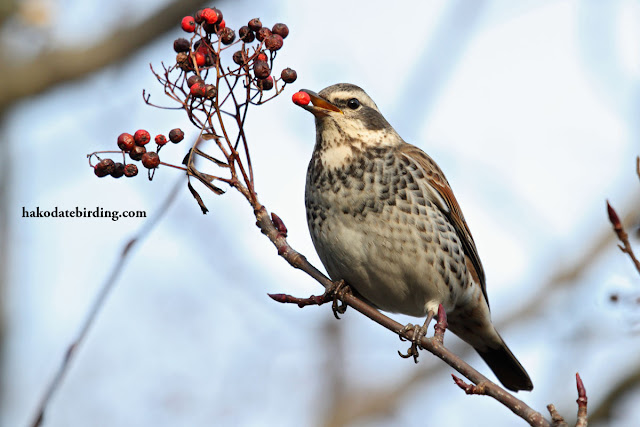 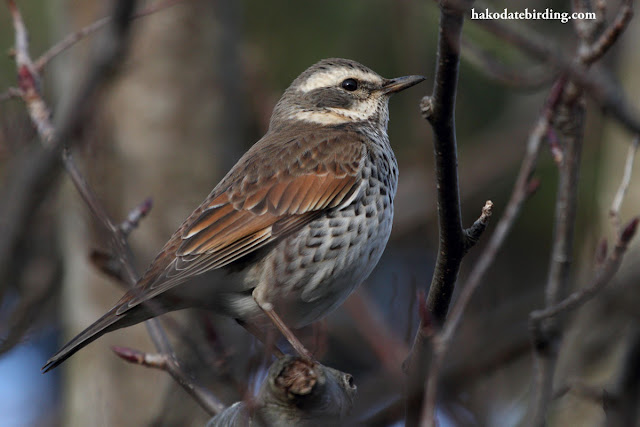 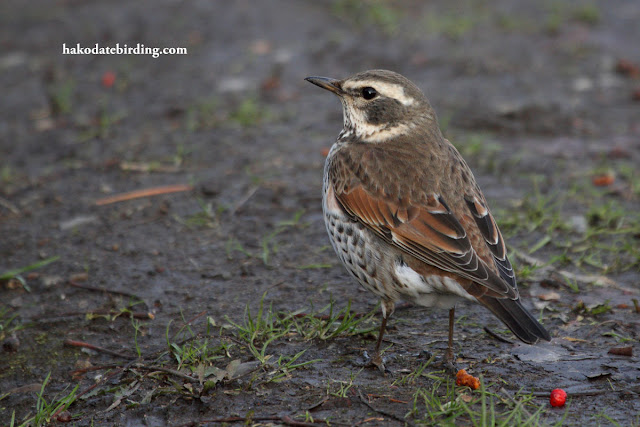 Weird photo of the day is this. 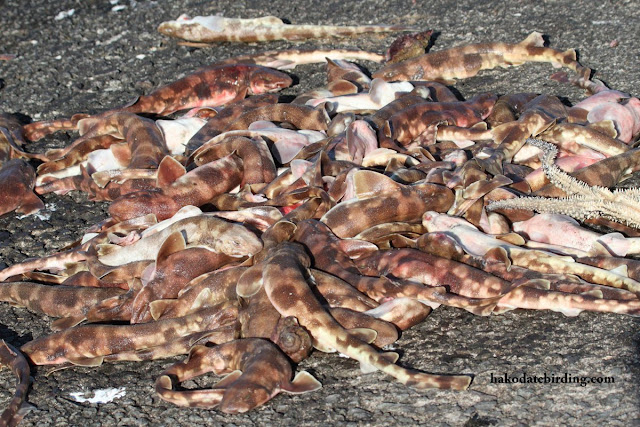 Some kind of bottom feeding inedible shark? The local fisherman just threw them away............in Japan the eat practically anything that comes from the sea so these must taste really bad.