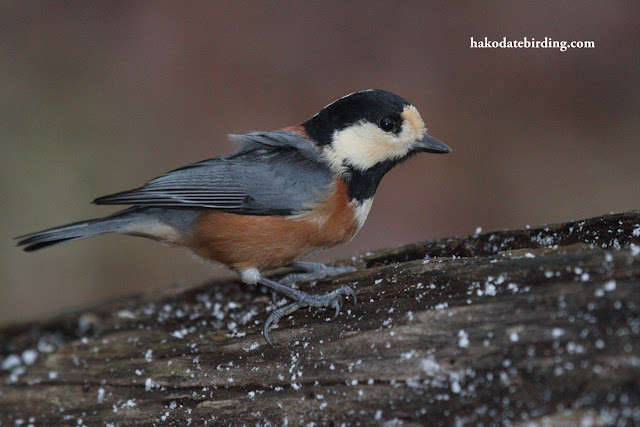 Lousy weather at the weekend. We managed a short visit to Onuma but it was so dark I had to up the ISO on my camera to 3200. My old camera only went up to 1600 (and I never used it so high because of the lousy quality). These Varied Tits didn't turn out so bad (although the full sized unprocessed RAW images looked pretty brutal). Lens wide open and most of them with flash. 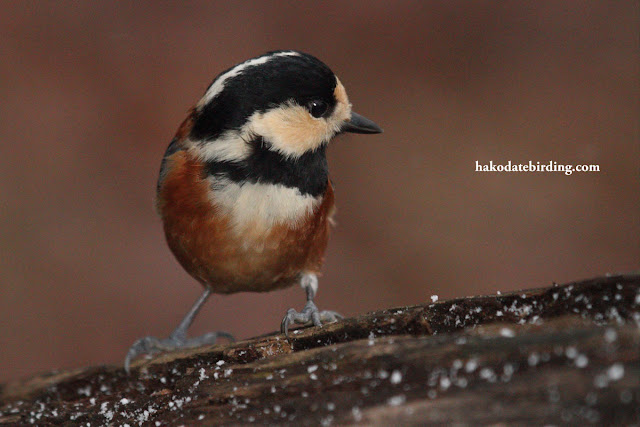 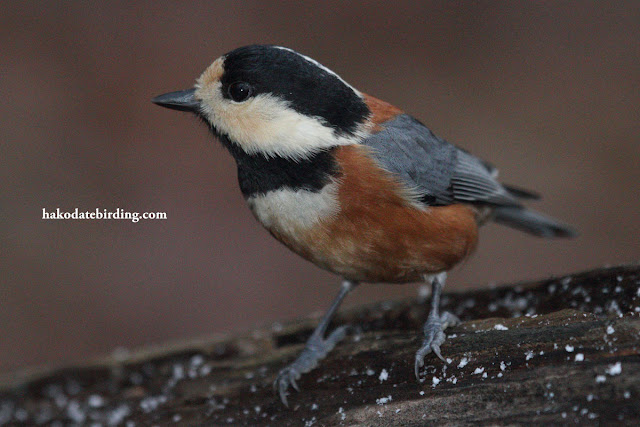 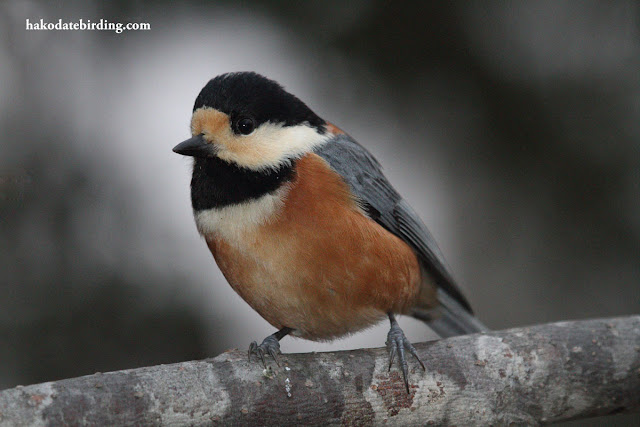 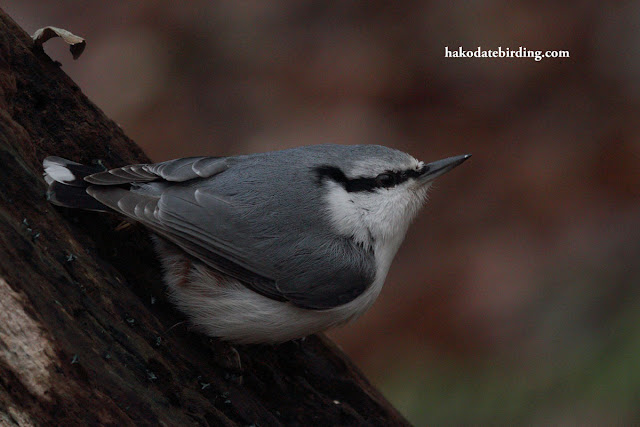 The Ural Owl was back in its hole (see the pic in the banner) but flew off as I was setting up the tripod (it was very late and very dark). This Fox was sniffing around nearby......... 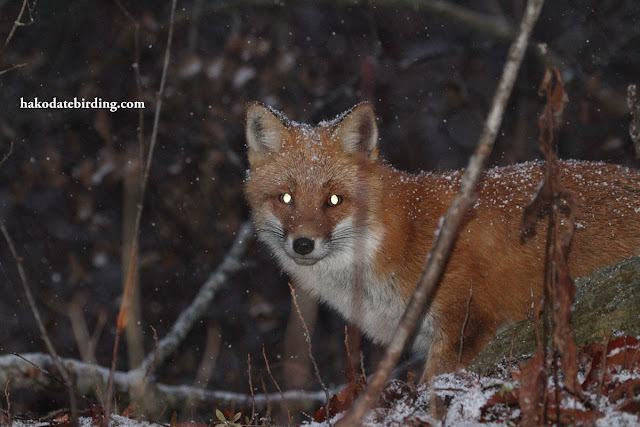 Not much around, a few Great Egret here and there, Buzzard, Kestrel, the usual common ducks and gulls. This young Night Heron was skulking by the river last week. 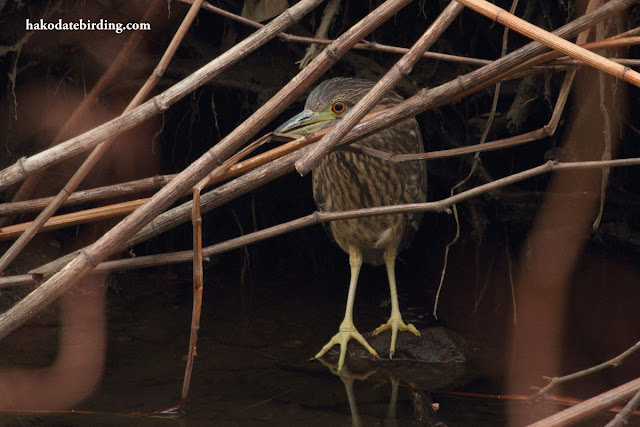 Friday saw me back near Hakodate Dock with the Brent Geese and Harlequin Ducks. No problems with lack of light here, in fact it was perhaps too bright (and the light was directly behind the Geese most of the time which resulted in lots of shots with messed up exposure). 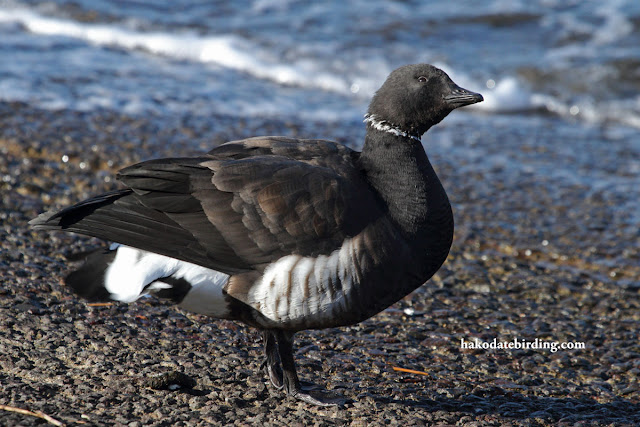 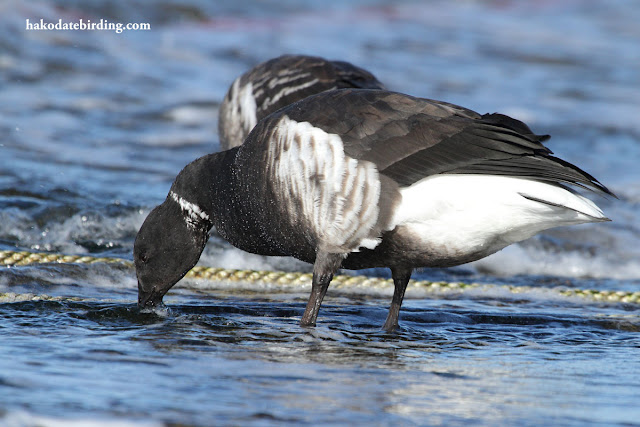 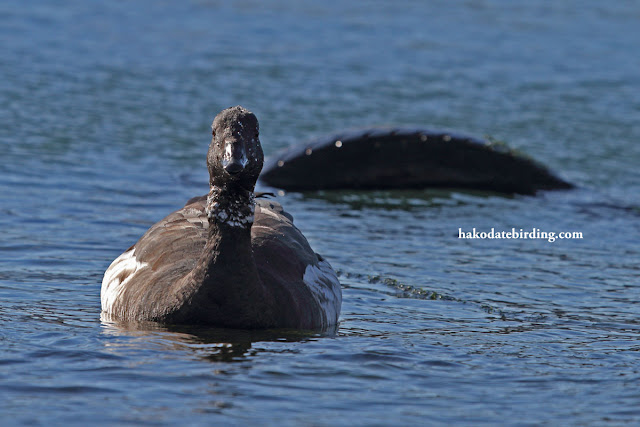 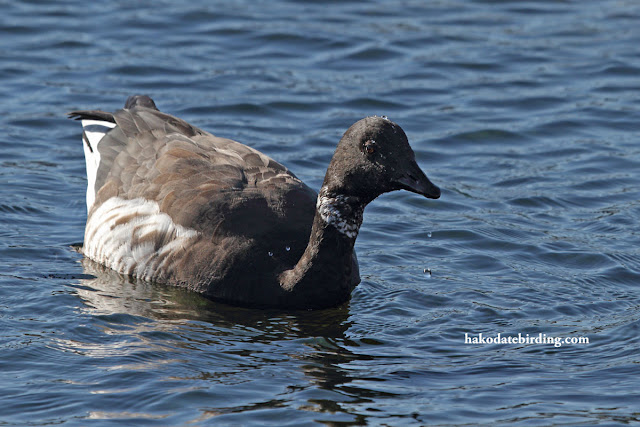 The Harlequins weren't quite as tame as last time but were still reasonably close. It was a bit too cold to sit on the rocks for long this time though, I gave up after a few minutes....... 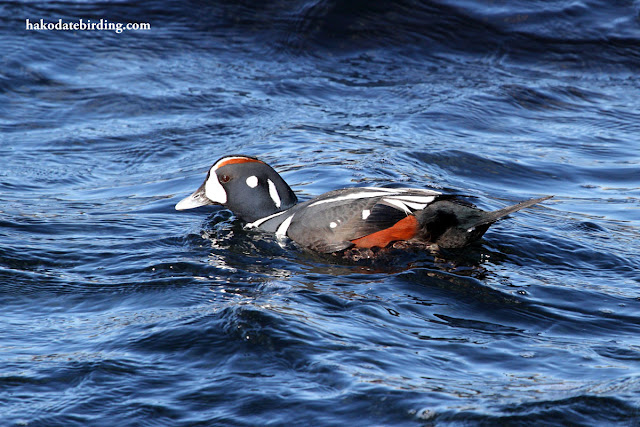 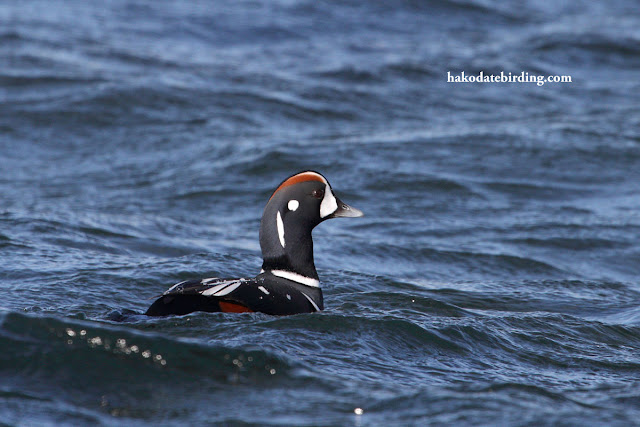 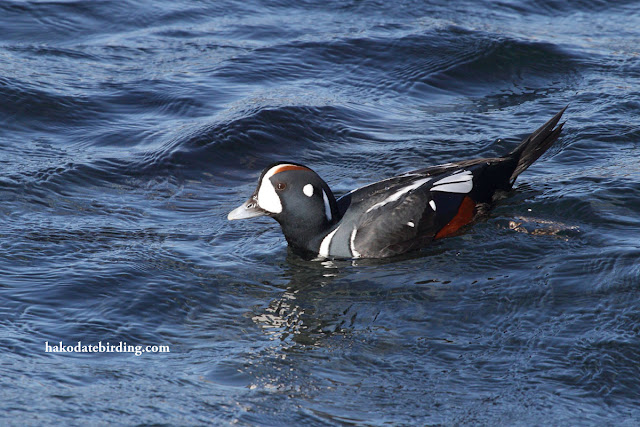 The World Cup draw was pretty kind to England but I'm already fretting about the way everyone seems to be regarding progress to the knockout stages as a given. I hope England do well though, looks like Liverpool aren't going to provide much happiness in the 2009/10 seasson.

There seems to be a bug with blogger, if you click on some images you'll find the odd one downloads to your computer. It appears to be pretty random but it's a little annoying.

I designed and ordered some calendars but there have been big problems with international shipping. How can it take SIX weeks (and counting) for 2 calendars to arrive from the US to Japan? When I contacted the company they said I should have chosen expedited shipping. Cost of postage of one calendar with economy shipping is about $10. With expedited shipping that jumps to an batsh*t insane S118. If you live in Europe/US/Australia it's not so bad cost-wise but to Asia? Bad luck.