A blue start to the day 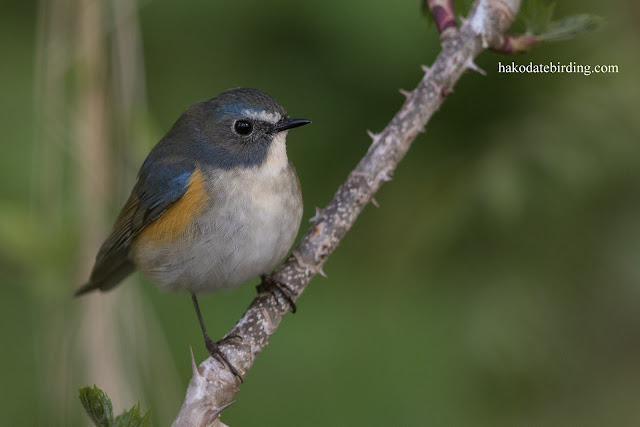 
It was very cold, in fact there was a lot of fresh snow on the mountaintops and there were warnings for motorists driving on the mountain passes. The wind was a bitterly cold NW..............so there weren't as many migrants as I'd been hoping.

There were some Red Flanked Bluetails in the park though, always a nice bird to see. Shame it was so dark where the birds were flitting around in the shadows. Occasionally they popped out unexpectedly in the sunlight but of course my settings were all wrong. 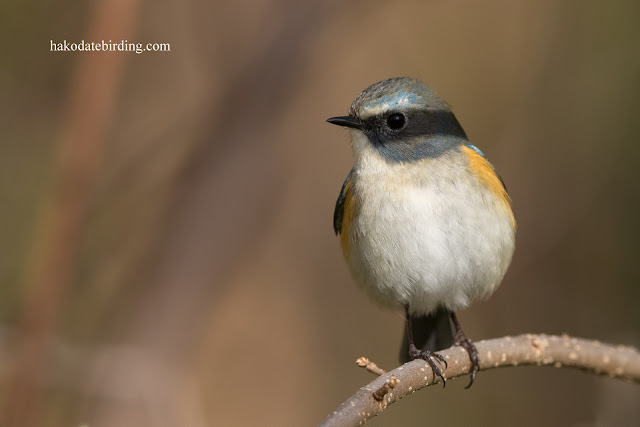 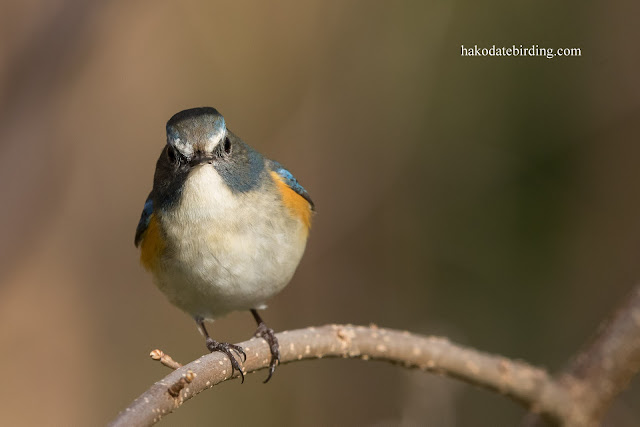 Not much else in the park of note. A few Japanese White-eye, several Crossbill high up in the trees, some Russet Sparrow and lots and lots of Dusky Thrush.

The Bluetail is a common bird here in Japan but is only a summer visitor to Hokkaido and nests in montane forests so the only time I get to see them is on passage.

High ISO and f4 with most of these images, I should have used a monopod. 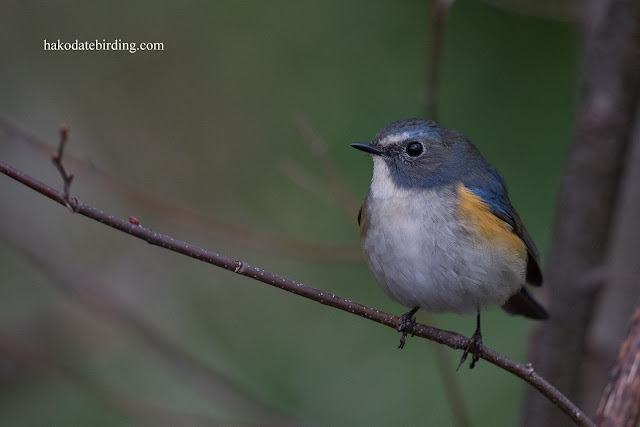 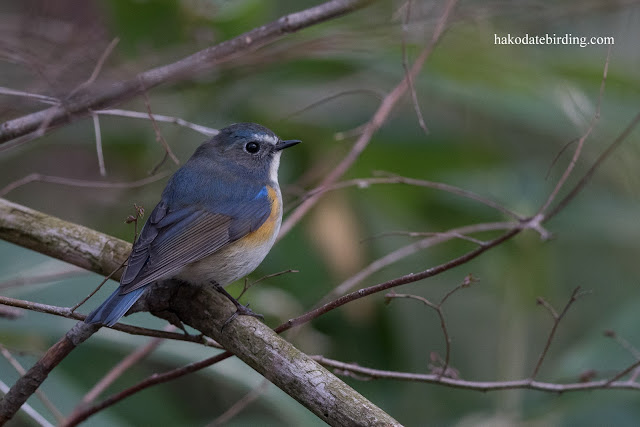 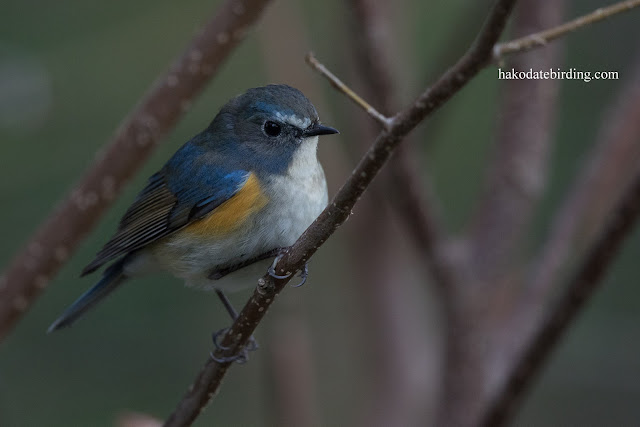