Blizzards on a Monday. Again. 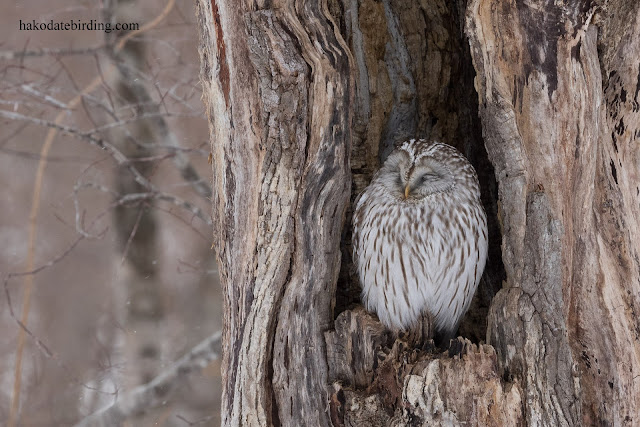 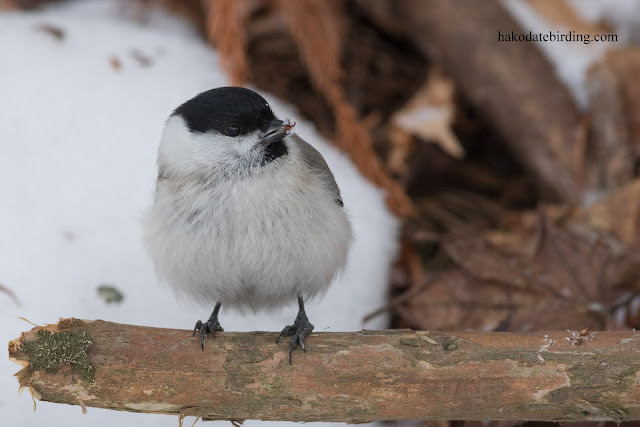 Winter has returned, it's freezing.

We went up to Yakumo today but although some eagles of both species weere still present the blizzards made pictures out of the question. Sawara was as bitterly cold as I can ever recall it being and there were no birds at all (except a briefly seen medium sized raptor, probably a Goshawk).

The Ural Owl and Marsh Tit above were in Onuma. the owl has been cordoned off believe it or not. There is yellow tape (the kind at crime incidents) tied between the trees in fromt of it as well as 2 notices in Japanese asking people not to go near. When we drove past there were three retired Japanese men taking photos with their cellphones and one of them was right near the owl tree, he had totally ignored all the (obvious) warnings not to go near. There were also footprints in the snow right up to the tree. They sheepishly left as I glared at them. WTF? People can be so stupid sometimes.

Actually I'd heard that someone had scared it off a couple of weeks ago, this was the first time I'd seen it in a while.

Also around of note were Smew, White Tailed Eagle and White Backed Woodpecker............