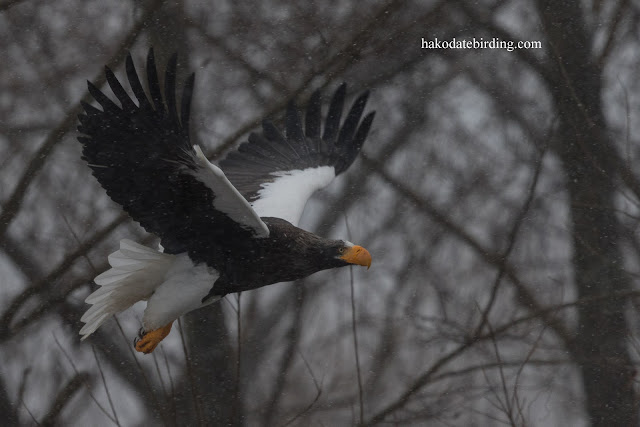 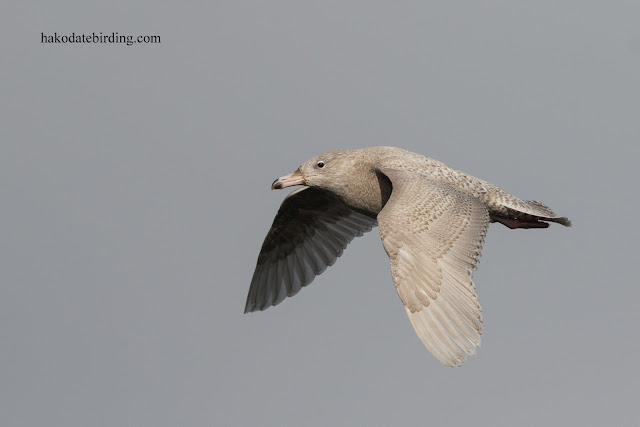 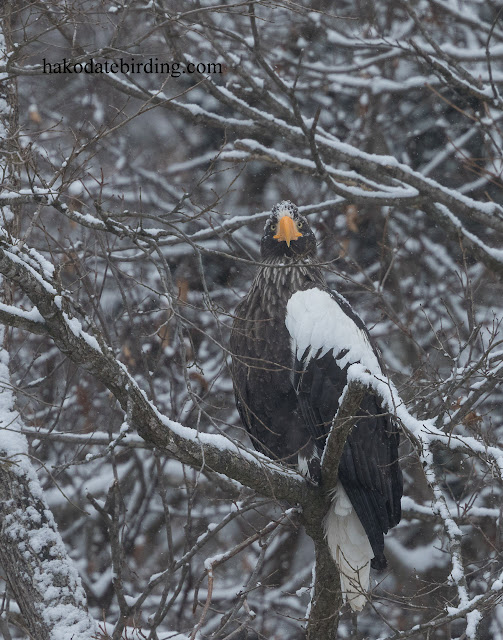 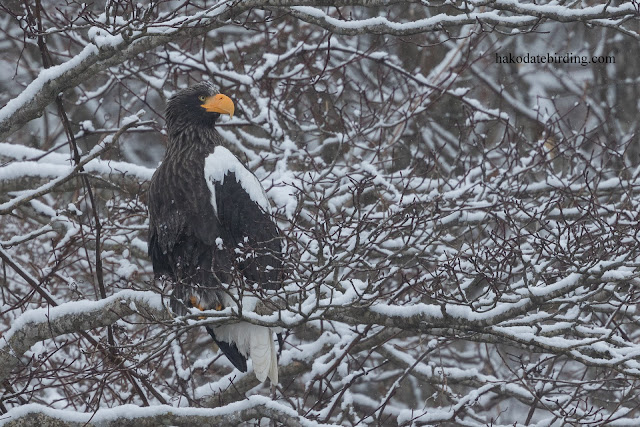 BIfs were pretty tricky, AF just doesn't work in a blizzard. As you can see here. 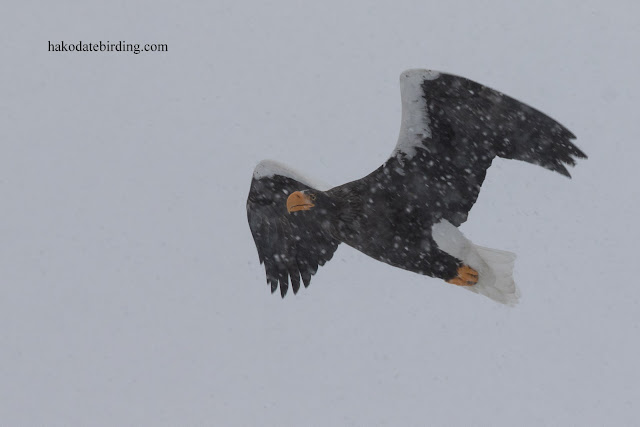 When not against the sky it is a little easier but then you find it's too dark. 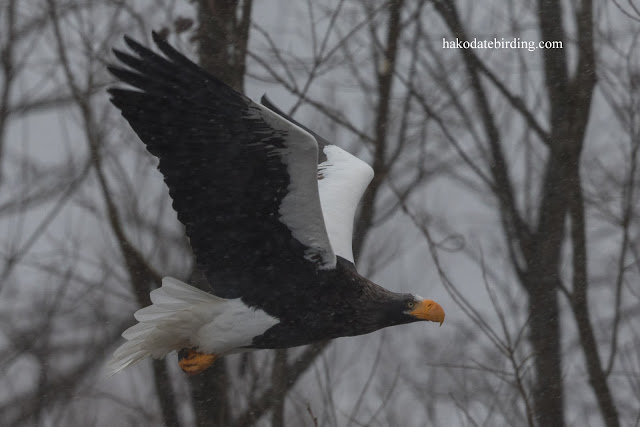 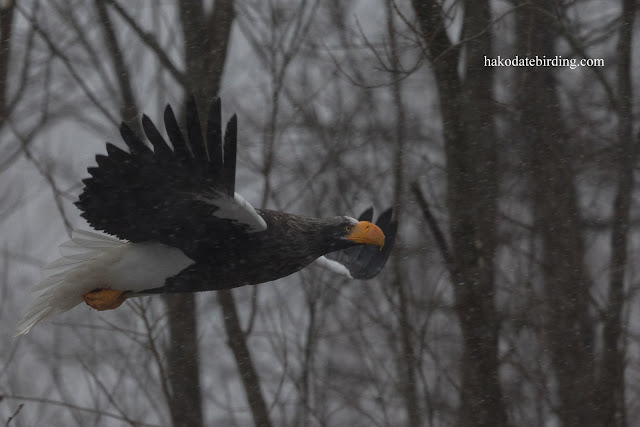 The day before had been better. 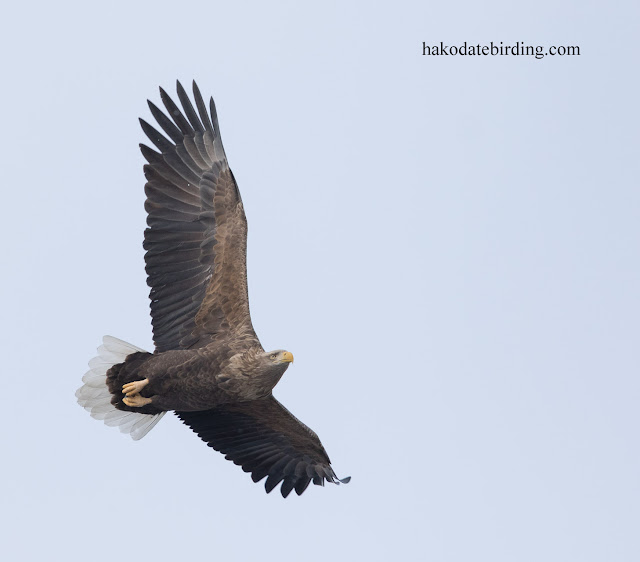 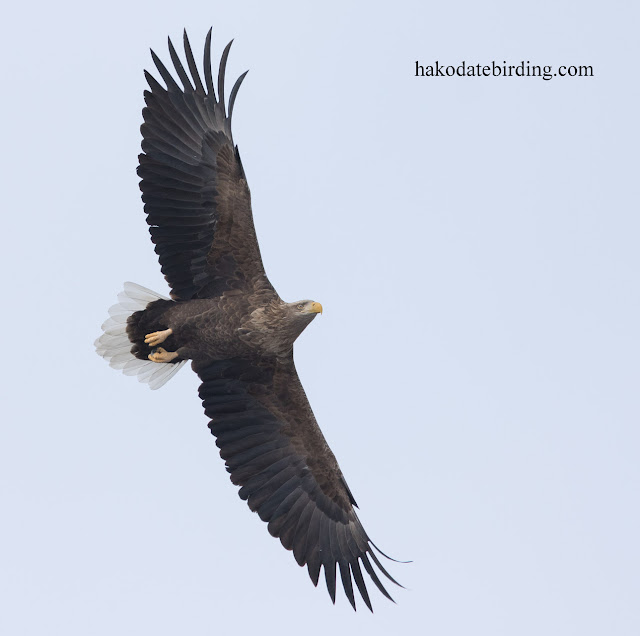 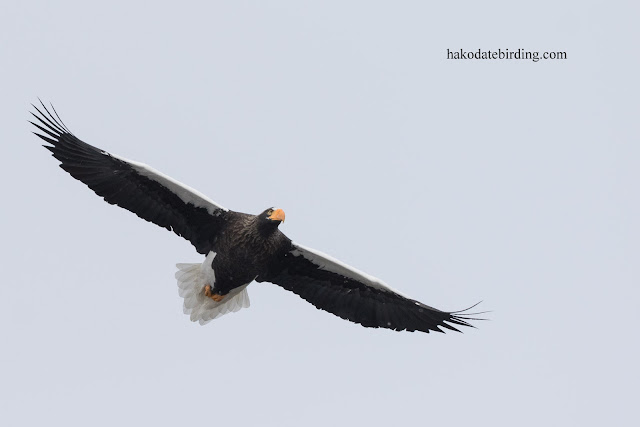 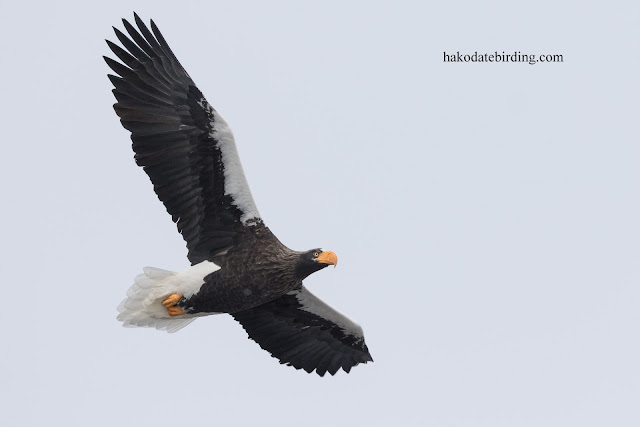 At the river mouth there were lots of Glaucous Gulls, always a personal fave of mine. These are all young birds 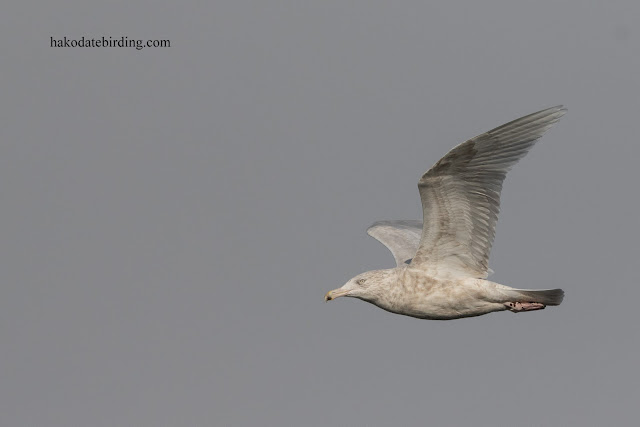 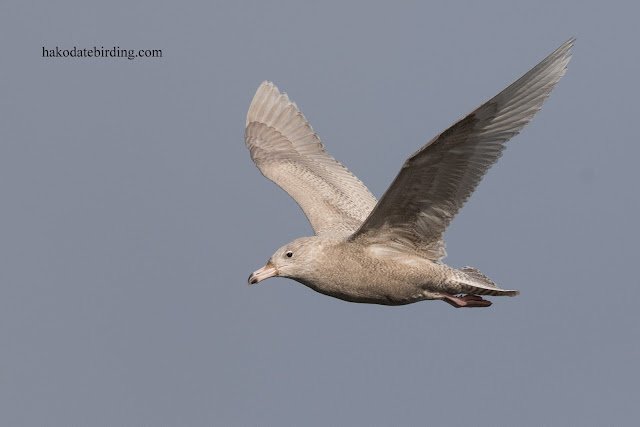 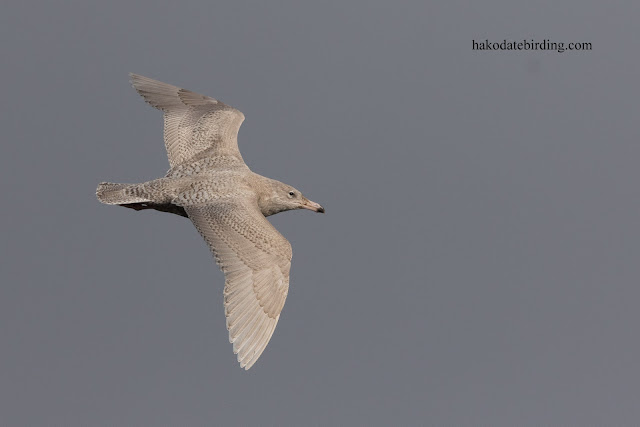 We stayed in a hot spring in the mountains in a river valley just south of Yakumo. I'd never been there in winter before and was surprised to find there were quite a few eagles there too. They weren't as easy to photograph as in Yakumo though.

Not much else around, a flock of Rook, a female Merlin plus the usual winter species. We were planning on staying longer but the blizzards sent us packing, we'll try again next week.