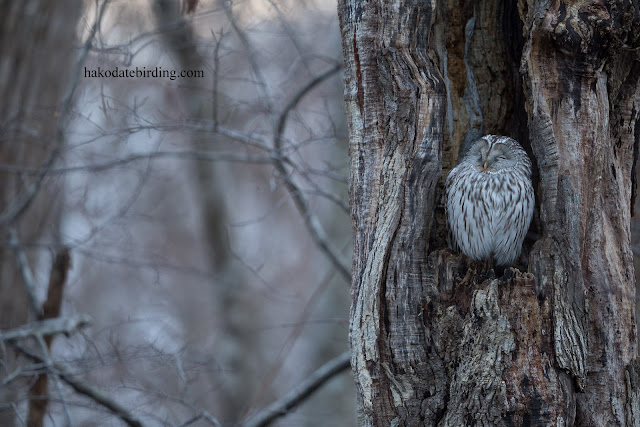 Last Sunday at Onuma it got very dark so I switched cameras and borrowed my wife's 6D. This is Canon's entry level full frame camera and althought it lacks in the AF department it is supposed to be a champion at high ISOs. Anyway the Owl wasn't exactly jumping around so AF was not an issue.

The top pic is uncropped and wide open at f4 and I quite like the effect.

The pic below is trimmed a little. It is ISO 1600, something I would only rarely do with an cropped sensor Canon, even the relatively new 7D MK2. 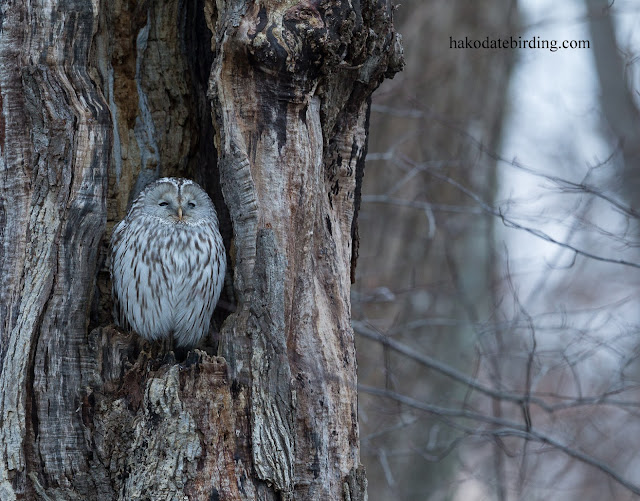 My hospital experience is over, on doctor's advice I'm off booze, exercise and spicy food for a week or two and my insides still feel way off.