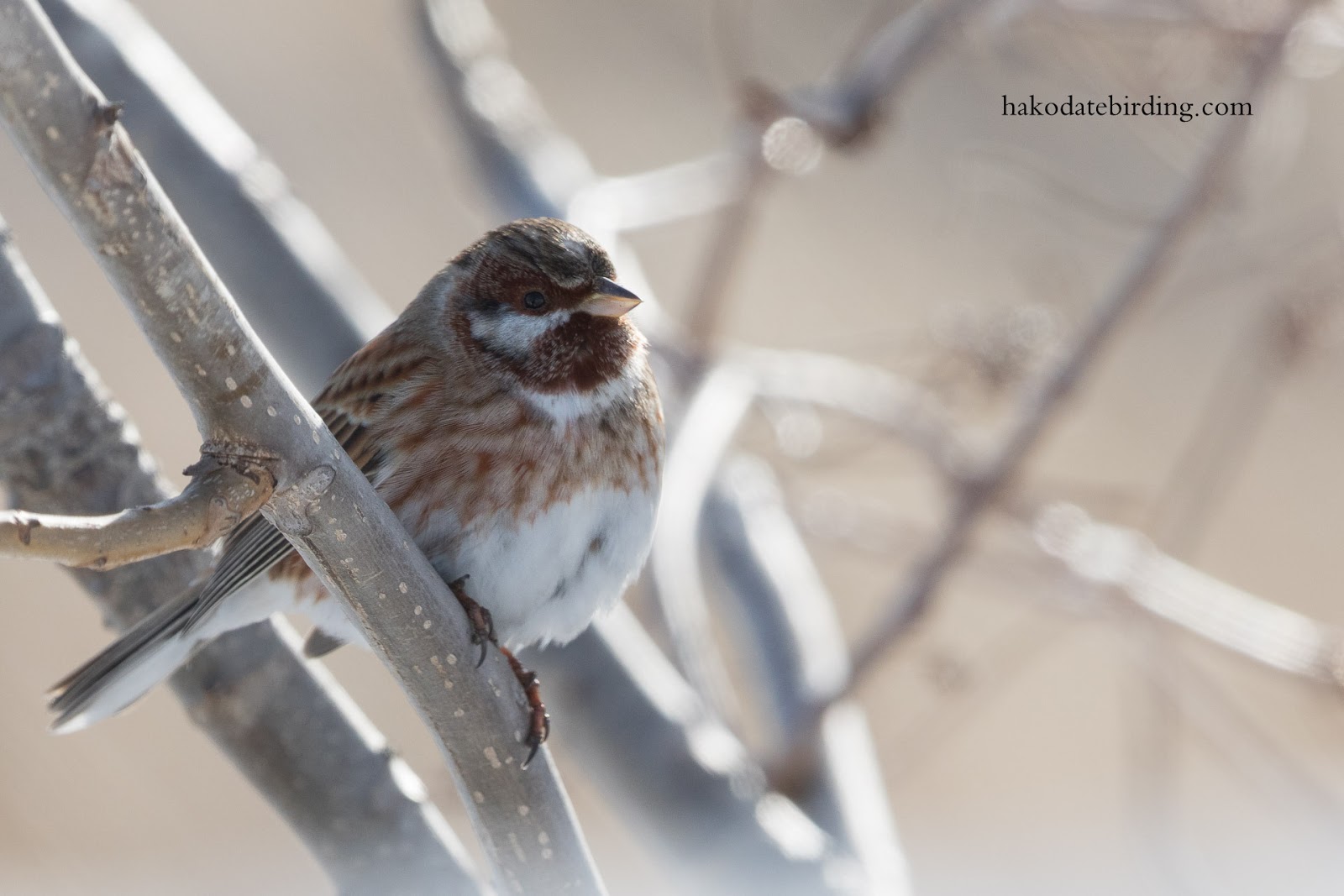 
We drove up yo Yakumo yesterday hoping for a repeat of the eagle action from a week ago (actually only 6 days). The roads were terrible, frozen and icy, but the weather was clear. Everything was falling into place as we reached Yakumo. Only one problem: there were far fewer eagles about in the usual places and those present were just sitting in trees out of photo range. They can't have eaten all he salmon already, surely?

Not much else around either. A Crested Kingfisher was a nice find but again too far away for any photos. It was much colder than last week and the river was mostly frozen.

So we headed back but got lucky. My wife stopped for a break from the driving and saw some small birds on the beach. It was a flock of 30 or so Pine Bunting, a scarce winter visitor to Japan.

The only time we got close the birds were heavily backlit. 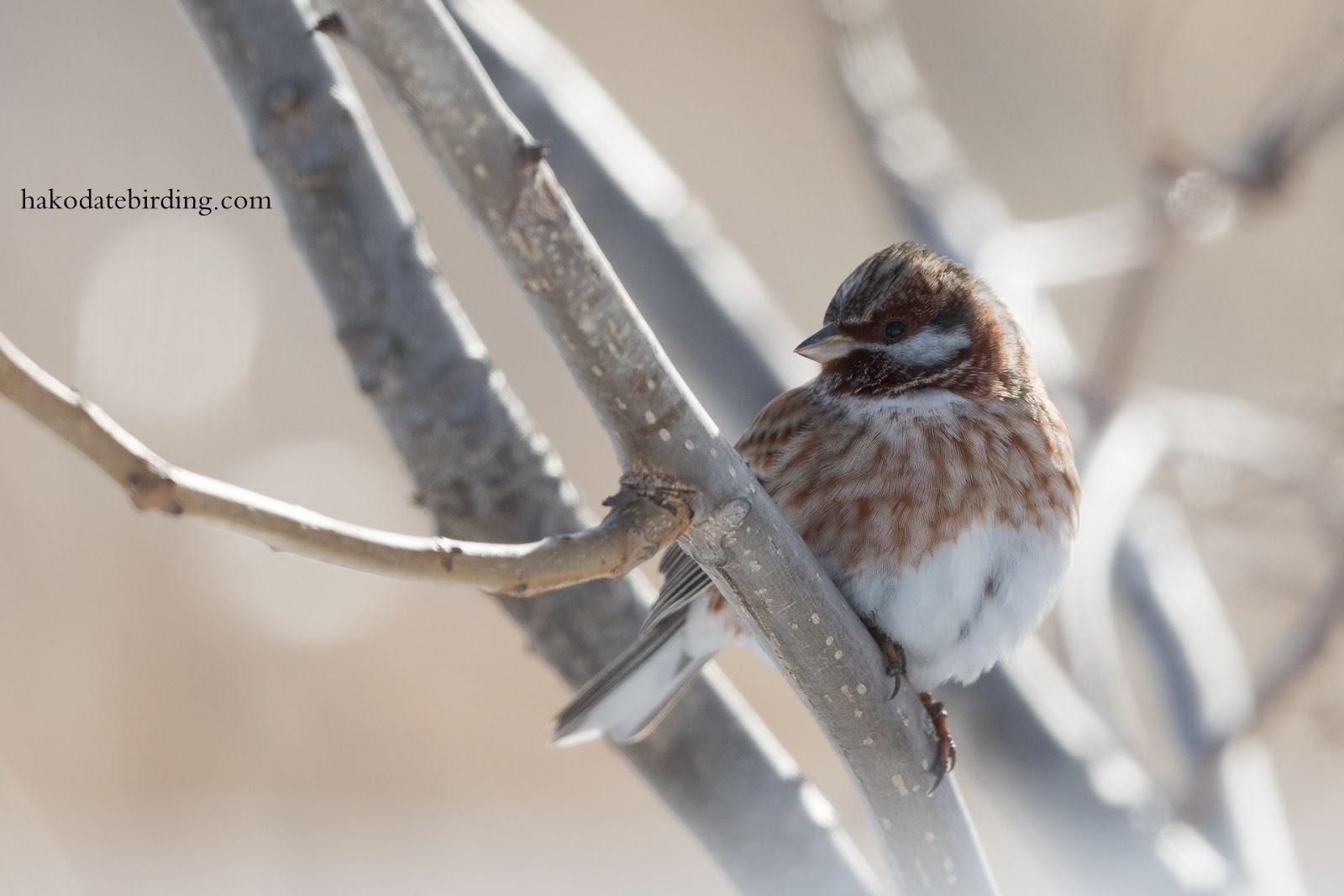 It was difficult to get any shots of them on the beach itself. They were very wary and kept flying off for starters. Also they were in among the long grass. And I had to wade through snowdrifts (annoyingly I even had some new gaiters in the back of the car but forgot about them until it was too late).

All the Bunting shots were at 700mm and handheld. 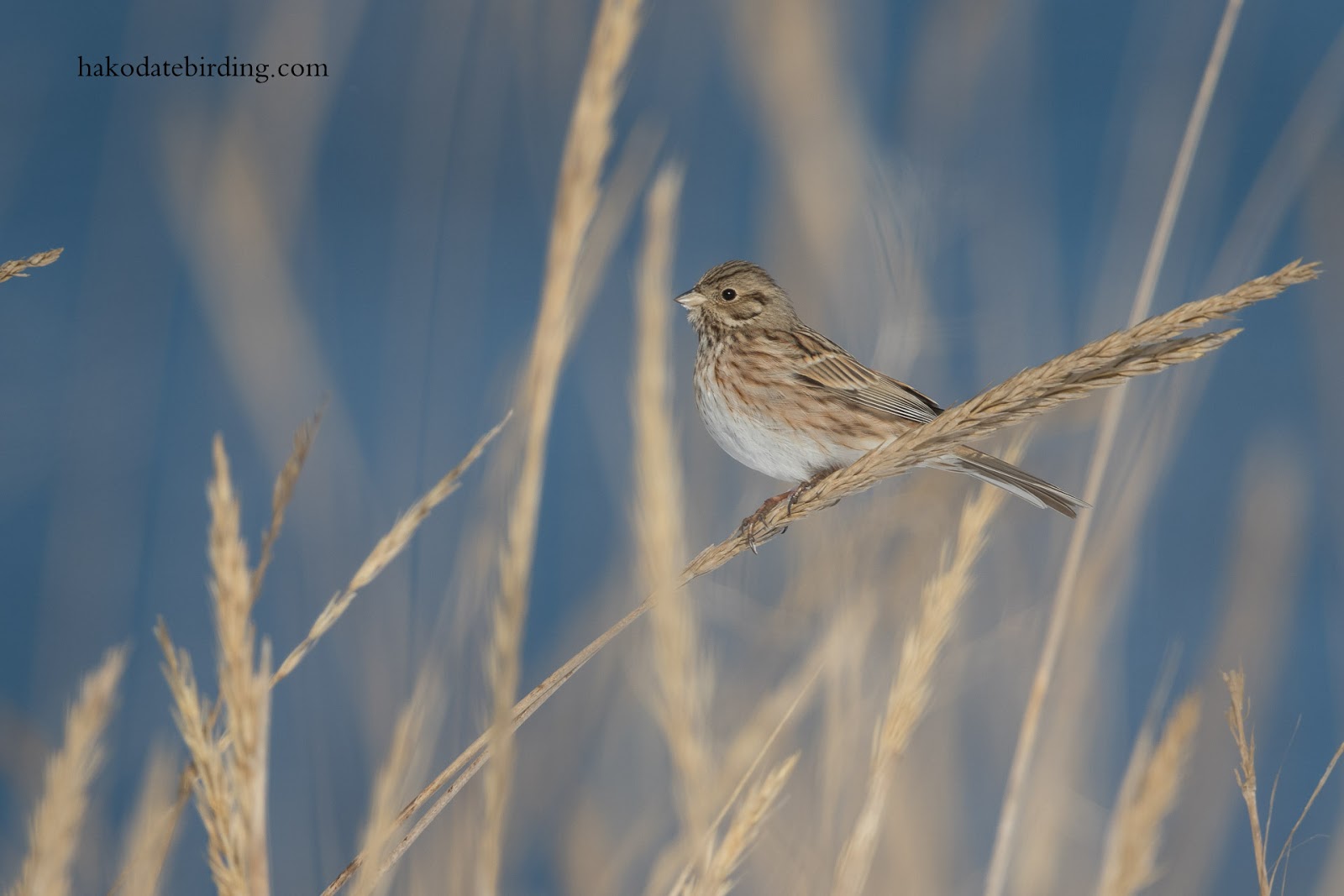 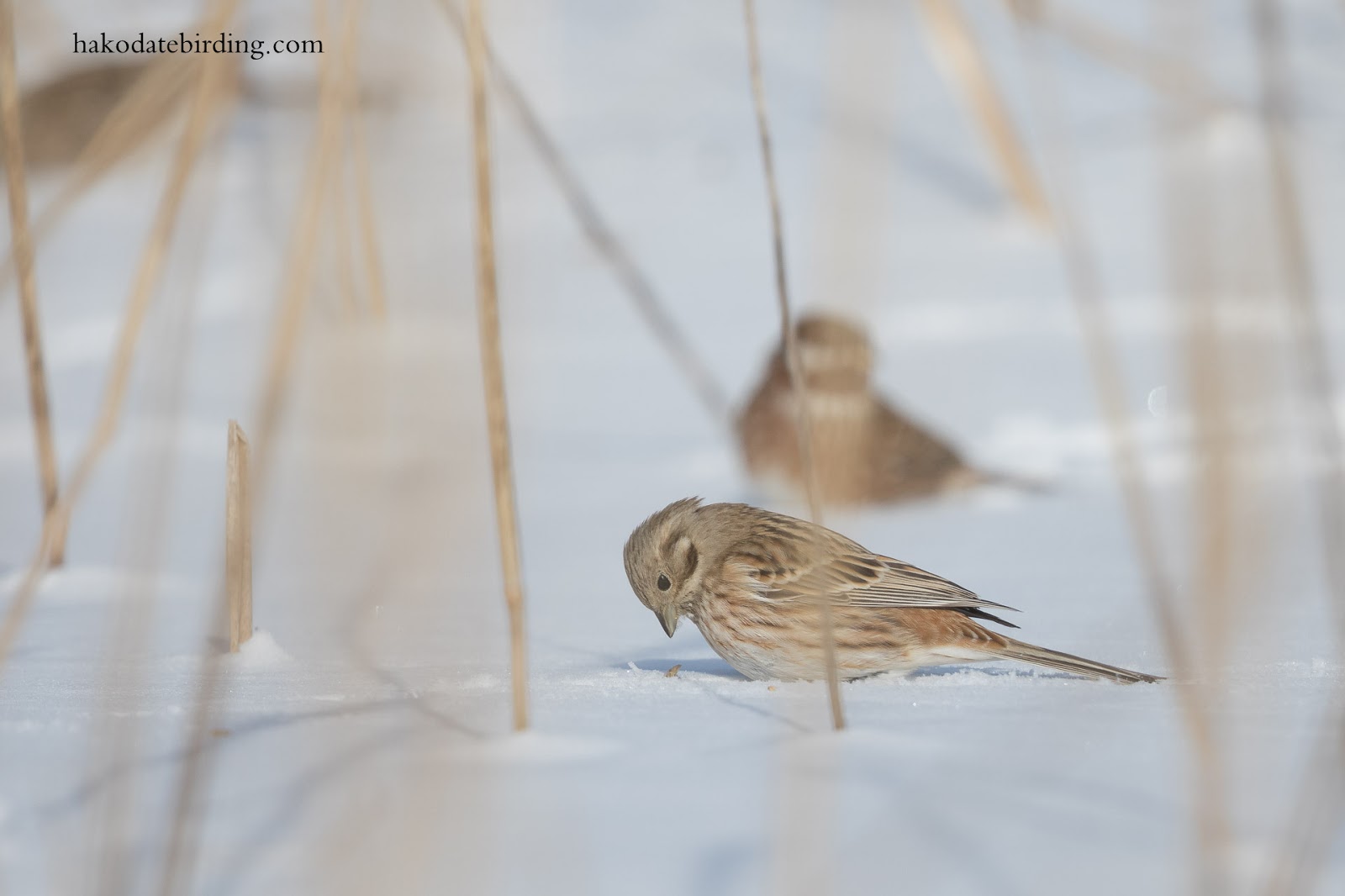 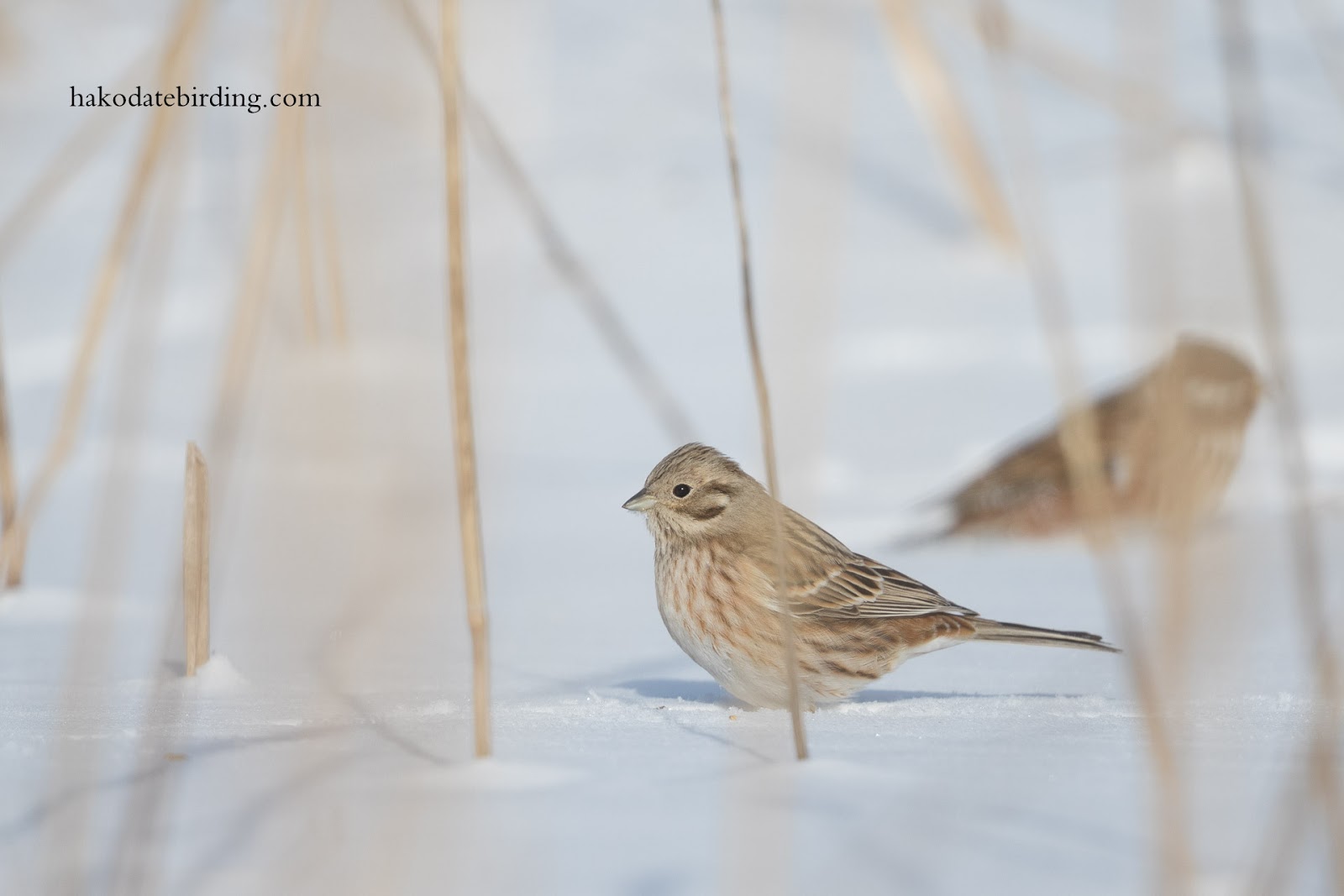