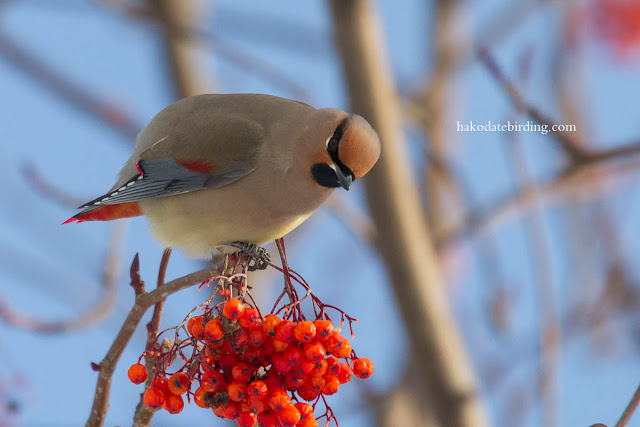 A Japanese Waxwing in the park near my apartment this afternoon.

Still, winter is the season for Waxwings. 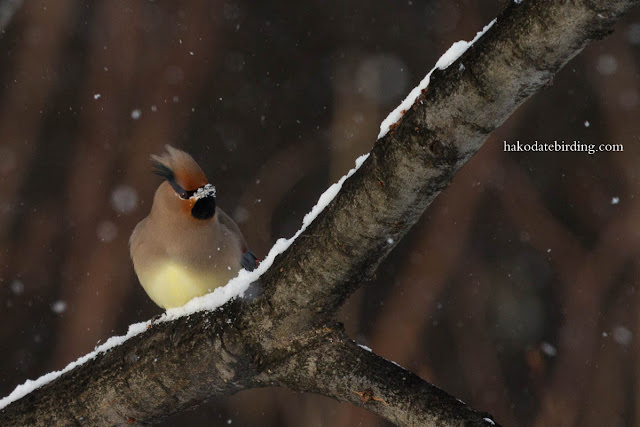 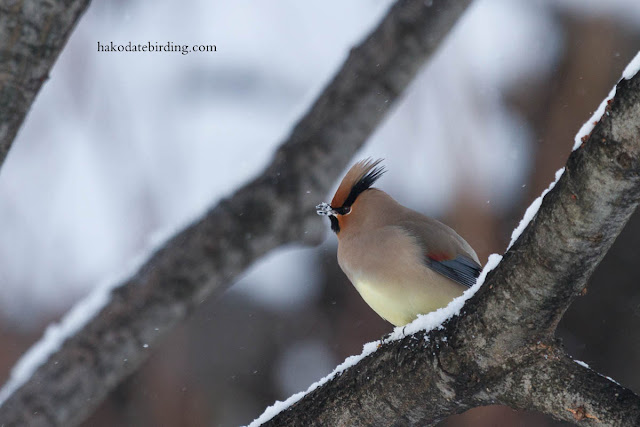 There were about 15-20 in the flock. At first it was snowing so like the eagles last weekend it was very dark and also difficult to focus. 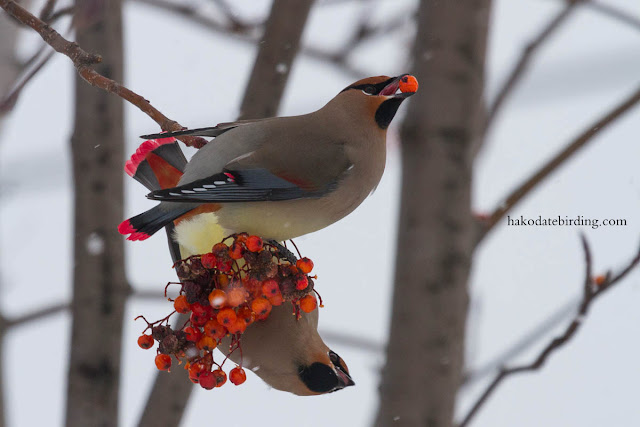 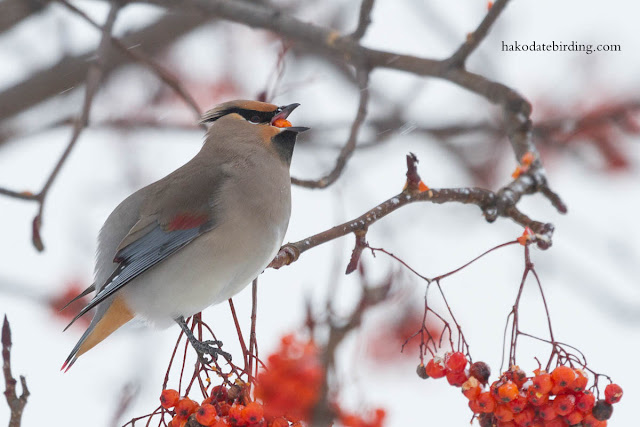 The flock was also regularly driven away by the bigger more aggressive Dusky Thrushes and Brown Eared Bulbuls. I was freezing my a** off in the park hoping they would return and that the snow would stop.

The snow did stop and back they came. 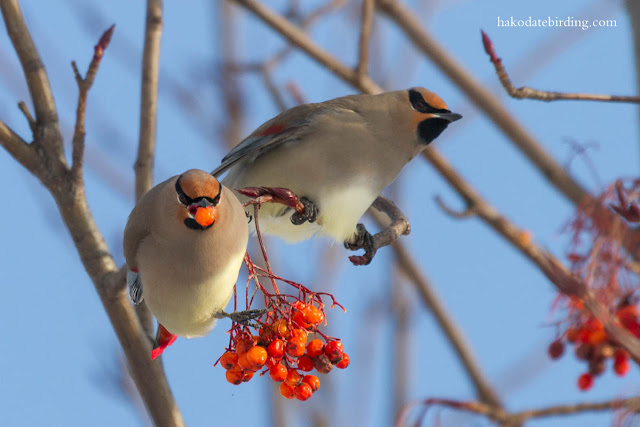 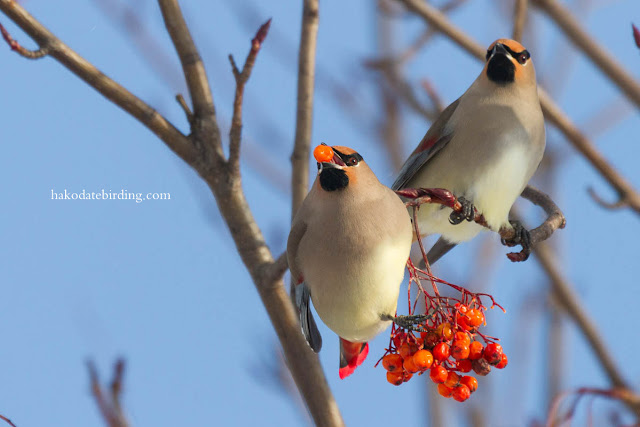 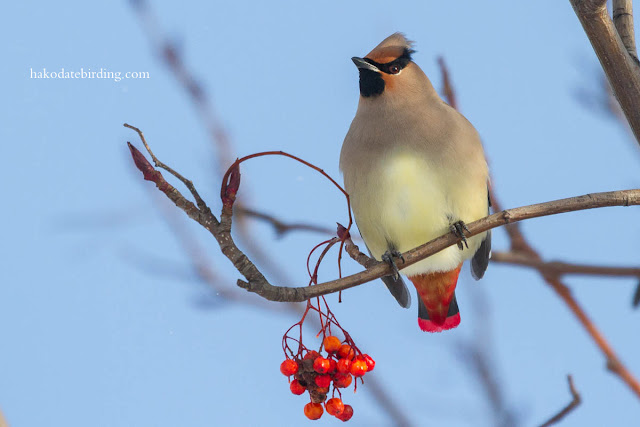 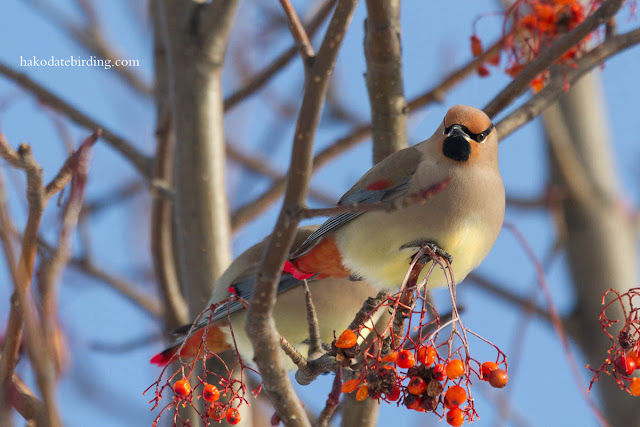 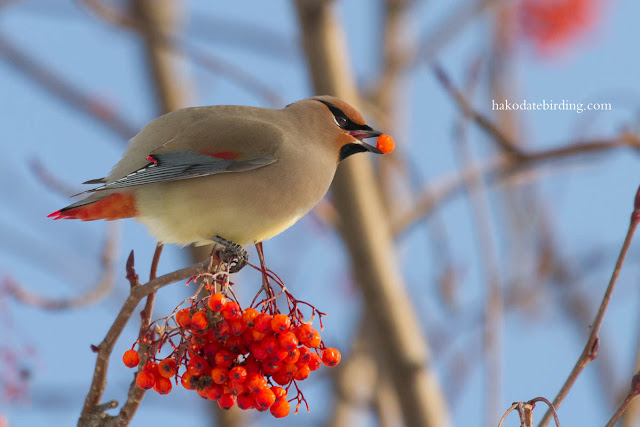 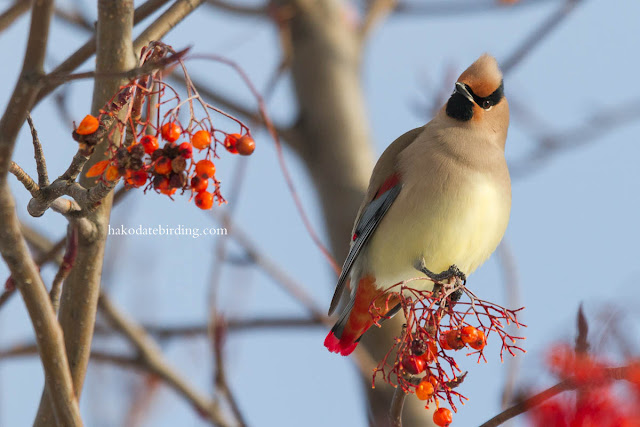 The snow was deep enough to get inside my boots and my feet were frozen so I headed back to the warmth as the snow returned. Hopefully they'll stick around for a few days, the park is only 5 minutes away.

There were no waxwings of either species last year, I wonder if this is going to be a waxwing winter or not..............it's looking good so far at least.

Other stuff around this week included Brown Dipper, Wren, Siberian Meadow Bunting, a flock of half a dozen or so Long Tailed Rosefinch, Hawfinch, Dusky Thrush, Grey Heron and Great Egret.

There were 4 egrets around a couple of days ago and one of them caught a fish, I just about managed to get my camera on it just before it finished swallowing.................... 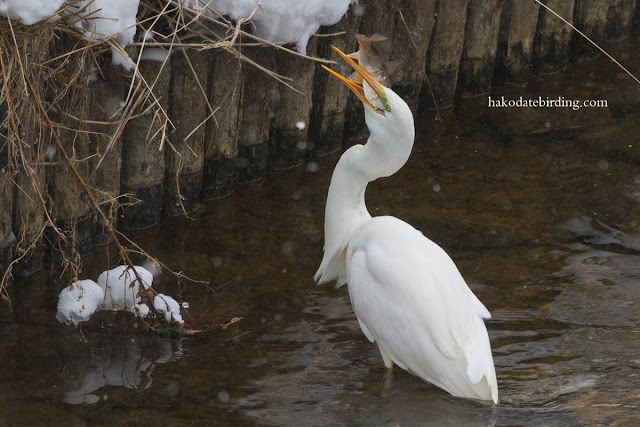 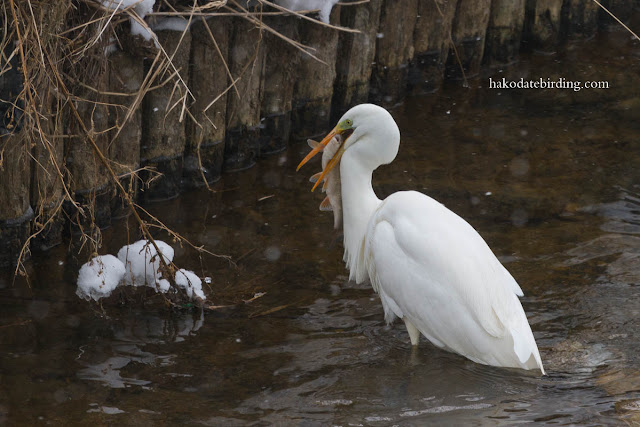 It may be pretty darn cold up in Hokkaido but winter is my favourite season...................Eagles and Waxwings, what more could one want?