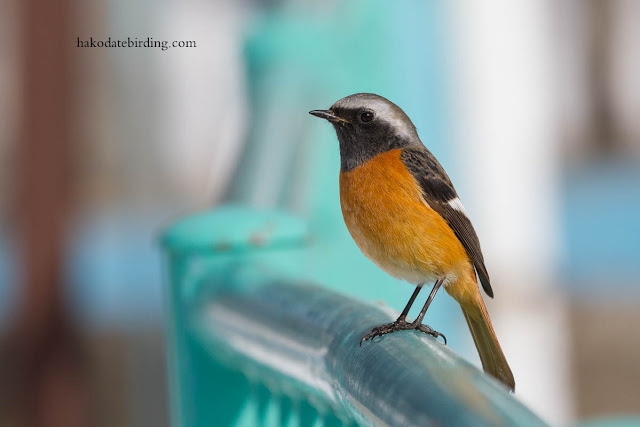 This is one the common local birds in Hakodate and is probably not so well known outside east Asia. It breeds across temperate Asia but is only a winter visitor to Japan. I generally see the first individuals in mid October and they hang around until early April with a few passing through after that. We get the eastern auroreus subspecies (the other one winters in India).

In winter there are usually several in the bushes along the river near my apartment. They are almost all males, I don't know why there are so few females. I guess they winter further south as they are common in autumn and spring.

The males set up temporary territories and aggressively defend them, not only against other Daurian Redstarts but also against similar insectivorous species like Red Flanked Bluetail which pass through in late autumn and early spring. 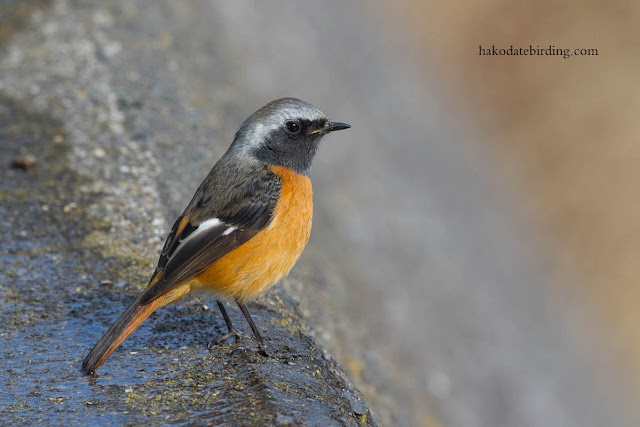 As you can see the male is a beautiful bird. 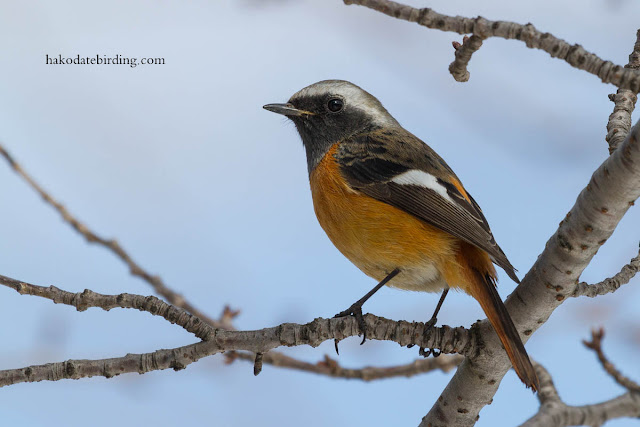 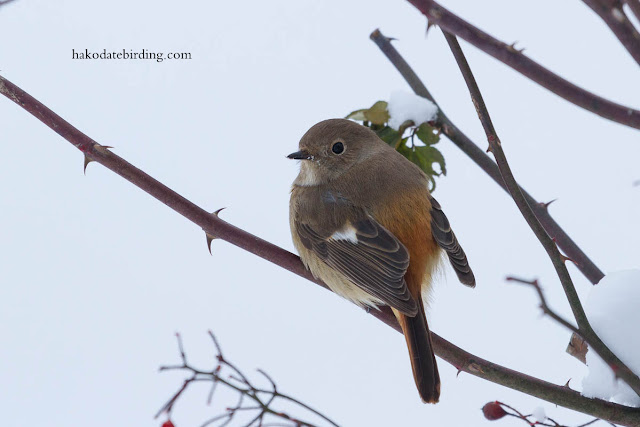 They are a very active and quite vocal with a persistent hard medium pitched call that reveal their presence as they flit around in the undergrowth.

I have to say I have a soft spot for redstarts. Alas I never saw many redstarts of either species in the UK. I saw a few Common Redstarts, once on spring passage in Penwortham and several times in Scotland or the Lake District. I recall seeing lots of Black Redstarts when I lived in Bavaria and 2 or 3 different species in the Himalayas on my visits to Nepal.

These are all old pictures by the way, they were all taken 3 years ago in Jan/Feb 2010.