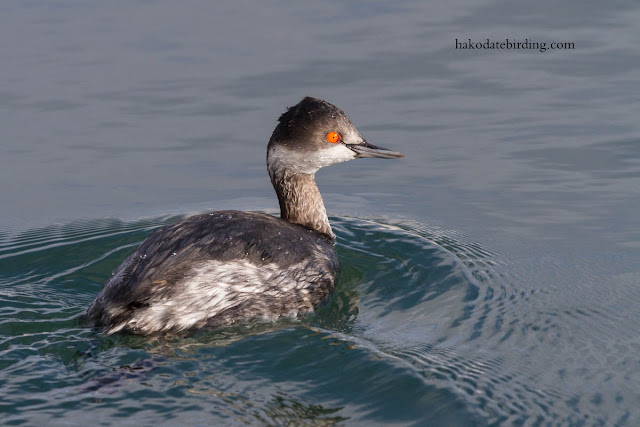 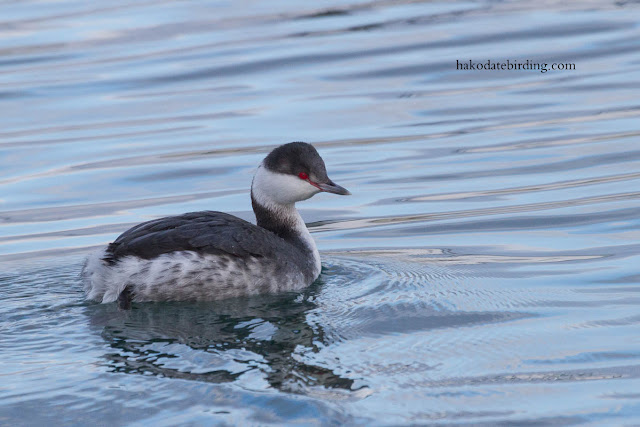 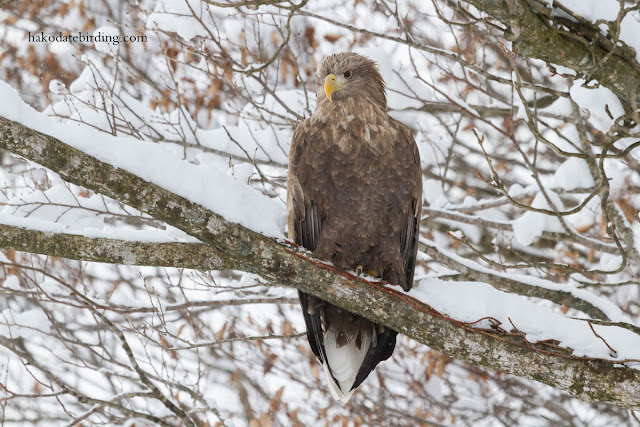 I went up to Yakumo in the morning (thanks Tomohiro) and there were still good numbers of eagles but most of them have moved downstream.............we discovered this after searching in vain upstream and then not having enough time to do them justice later. 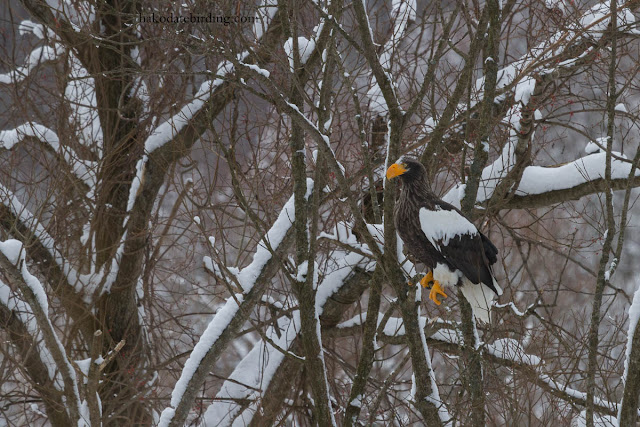 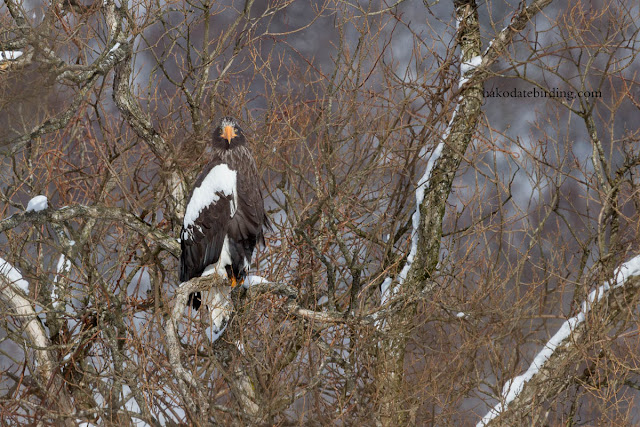 This male White Tailed was right next to the road. 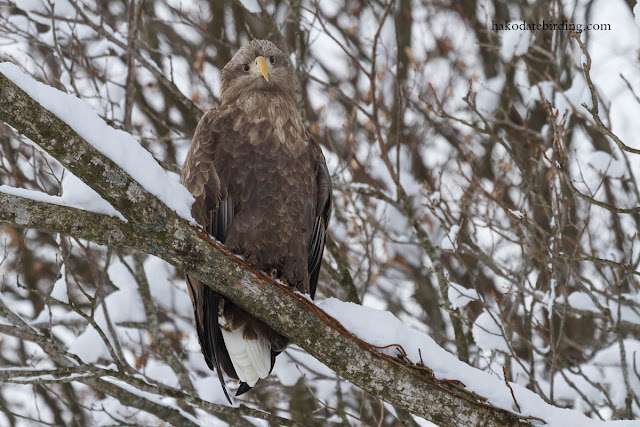 The main action was on the bridges near the coast, hopefully I can get back there next weekend.

Not much else around, a pair of Long Billed Plovers being the most interesting. 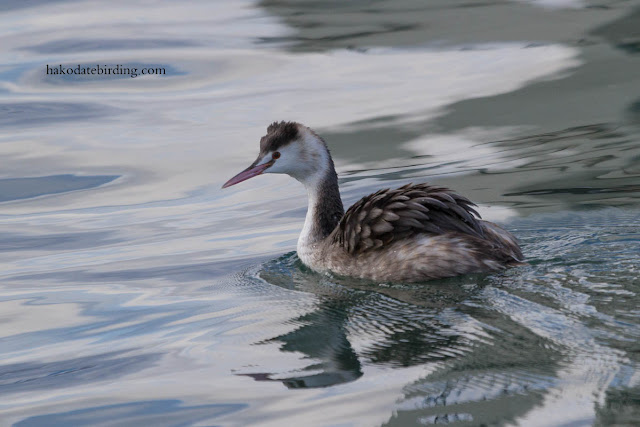 In the afternoon I was in Kamiiso, there were 3 species of grebe in the harbour again. Half a dozen each of Black Necked and Great Crested (above) and the lone Slavonian from a few days ago was still around. 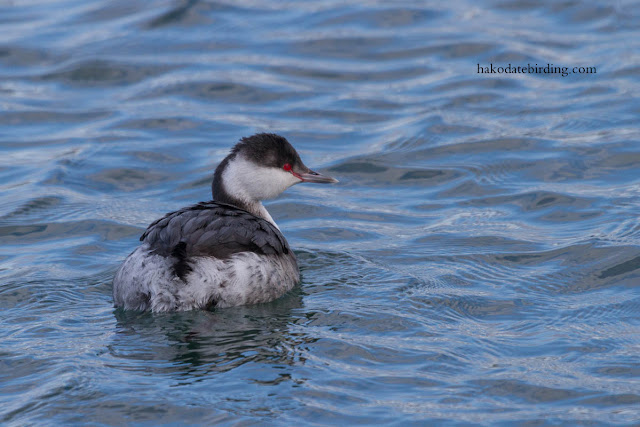 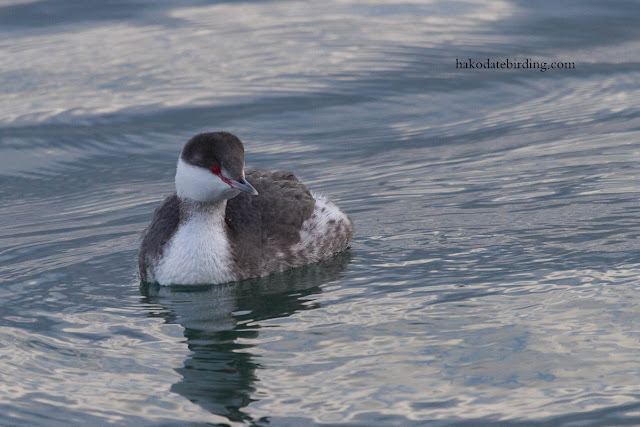 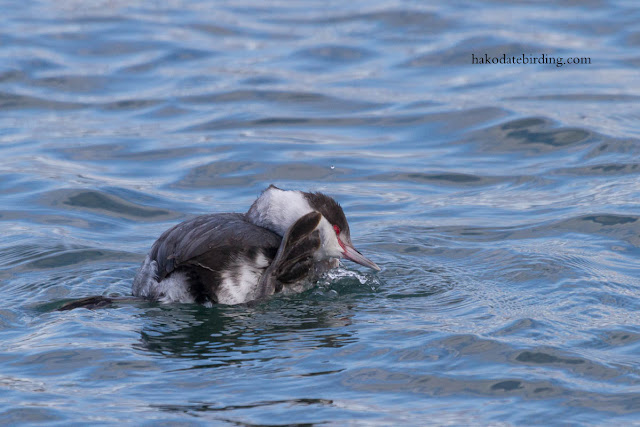 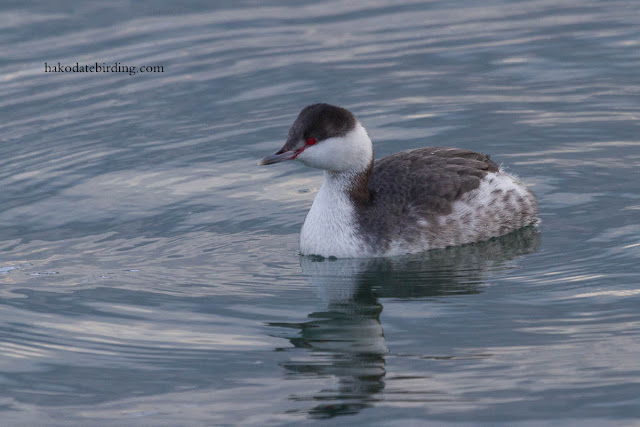 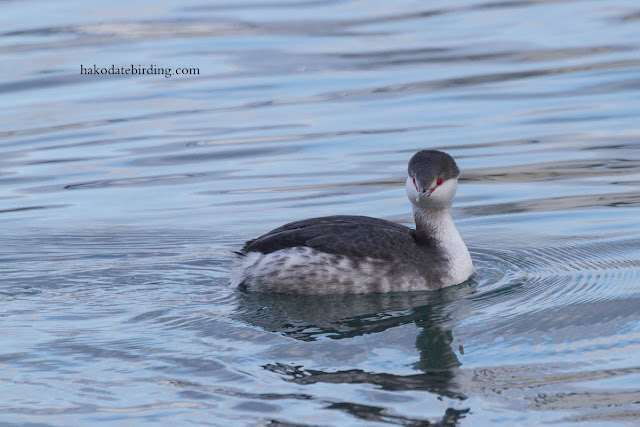 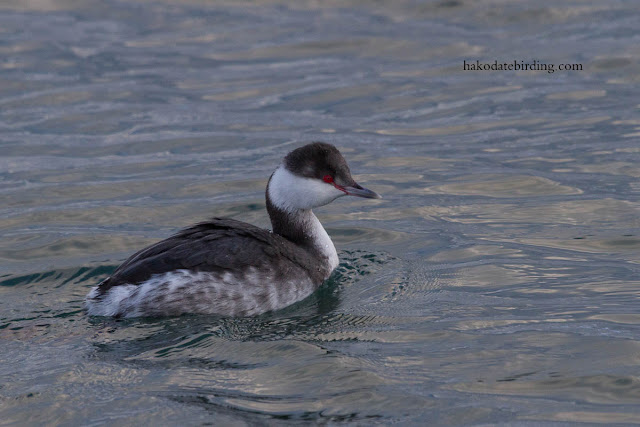 I wish it popped up close by in good light like the Black Neckeds do. 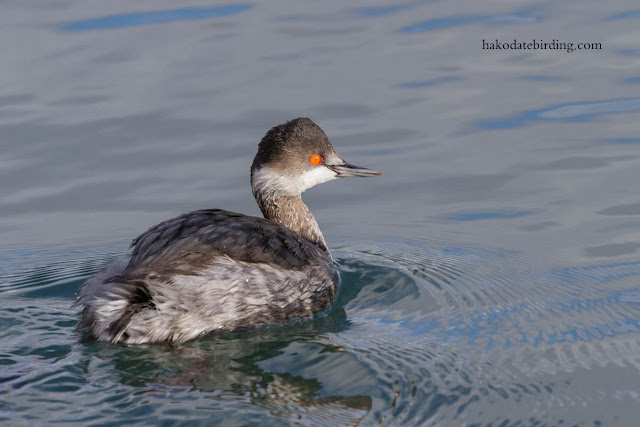 I tried to get both species together but fialed, apart from this lame effort. 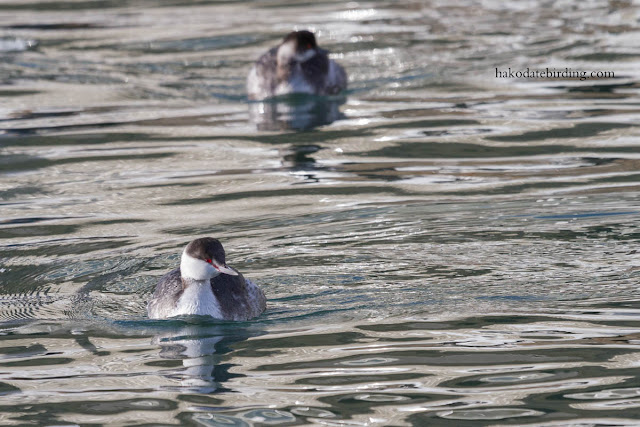 My wife says they all look the same anyway.