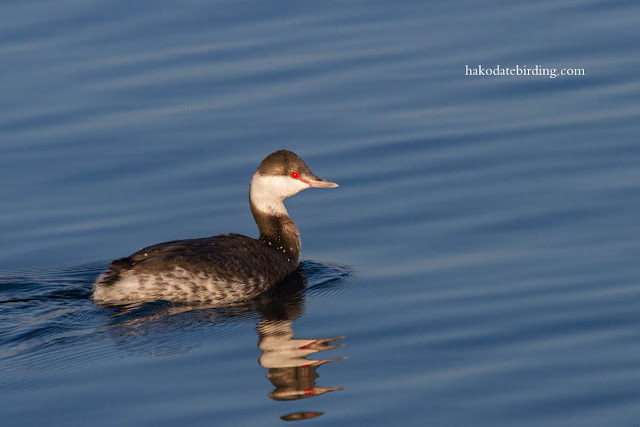 A Slavonian Grebe in the harbour at Kamiiso yesterday.

I spent the last couple of afternoons in Kamiiso, not a lot about but just enough to keep me occupied. The weather was good yesterday at least and the sea was calm. 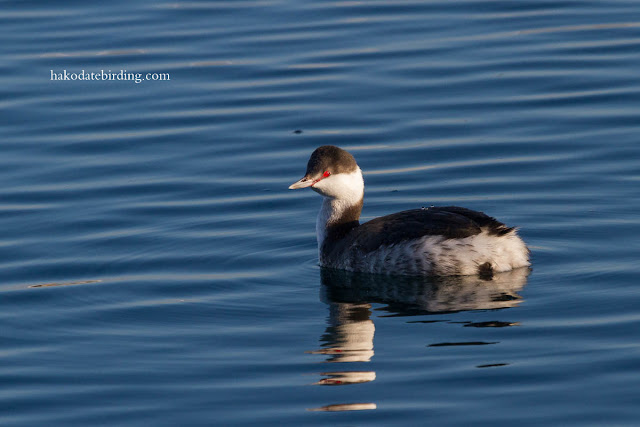 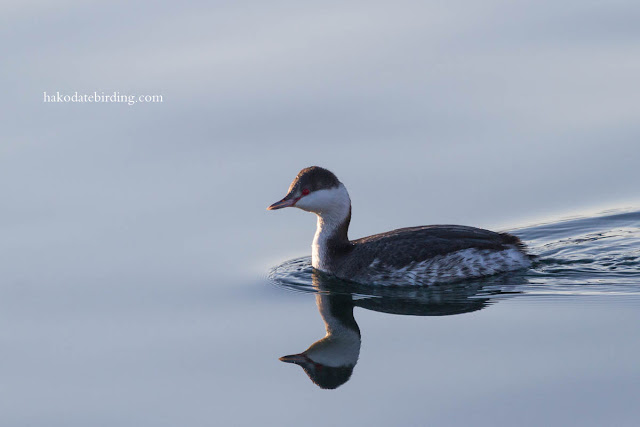 Today was milder but darker and somewhat windy. 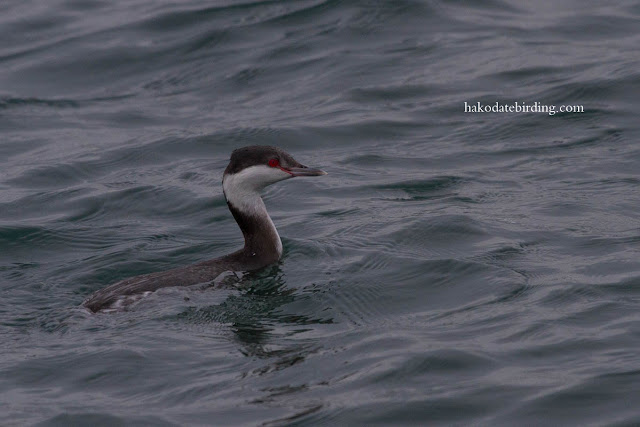 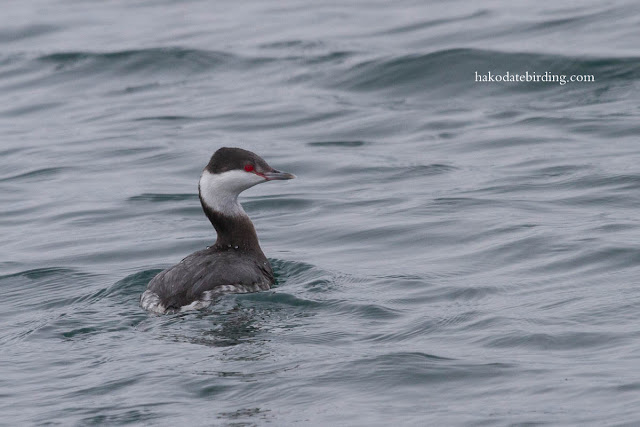 This species isn't as easy to photograph as the Black Neckeds.............for a start they are much less numerous and they seem a little more wary too. They also dive longer and pop up further away than the Black Neckeds too. And finally they seem to stay out in the middle of the harbour so I have to crop quite a bit which always knackers IQ.

There were several Great Crested Grebe and 1 Black Necked Grebe in the same place as well as both species of cormorant. Other stuff in Kamiiso over the last couple of days included White Tailed Eagle, 10 species of duck, Whooper Swan, Coot, Grey Heron, Great Egret, Long Tailed Rosefinch, Jaapnese Pygmy Woodpecker and 6 species of gull. Surprisngly there are still a few live salmon swimming in the river, the end of January seems very very late to be seeing that.

Not much nearer to home, a female Bullfinch was the only noteworthy bird over the last few days.