A drive in the sunshine 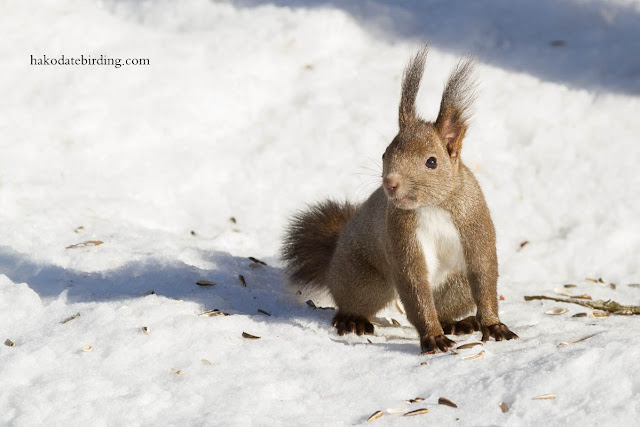 A Red Squirrel in a park in east Hakodate this morning. There are several feeders which attract lots of tits and nuthatches................there must have been 20 or more Varied Tits. 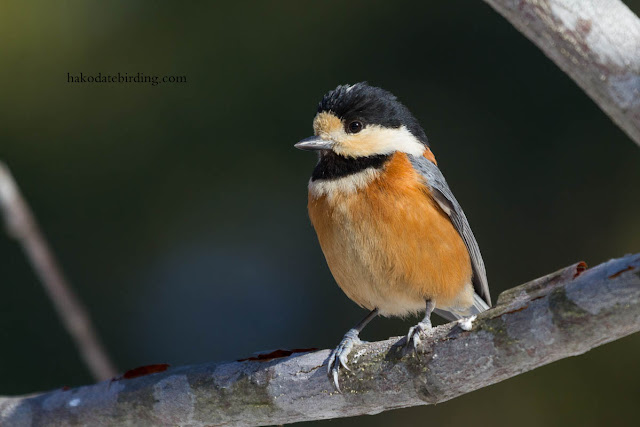 It was a sunny (even mild..........maybe even above zero for the first time in ages) day and we drove around the coast to Onuma.  A very nice drive in crisp clear light. 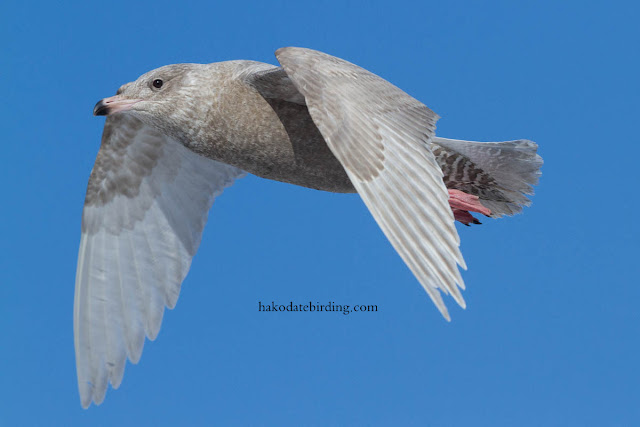 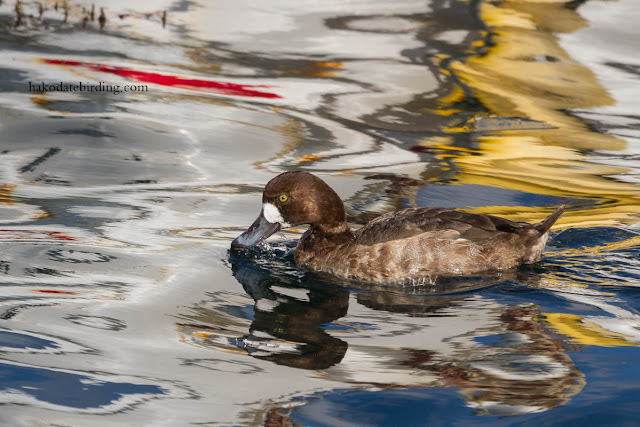 The eastern side of the peninsula has lots of hills coming down to the sea meaning it is ion the shade most of the day: on some of the cliffs huge icicles form and it was distinctly chilly out of the sun.

Back at Onuma the Ural Owl was in its hole. 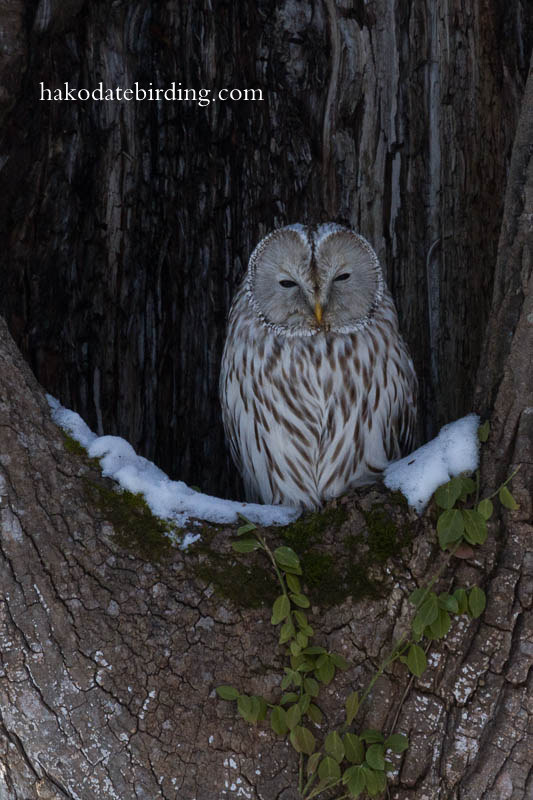 There were several White Tailed Eagle in various spots, a flock of Brambling in the park at Hakodate, some Black Necked Grebe at Esan and the usual gulls and wildfowl on the sea.