A gap in the blizzards 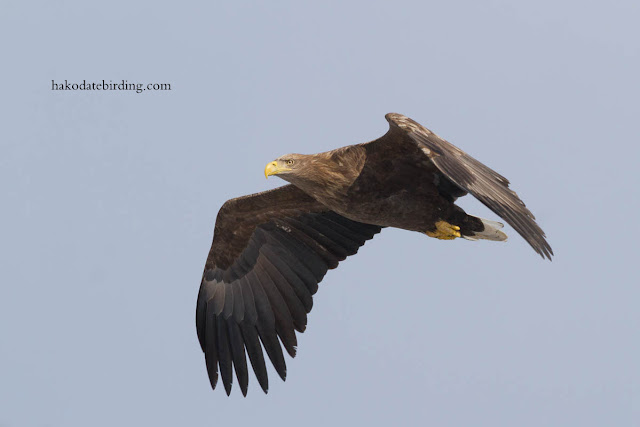 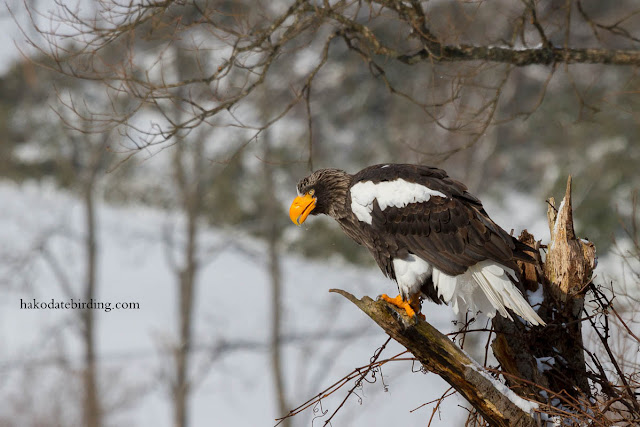 White Tailed and Stellers Sea Eagles at Yakumo this afternoon. A bit of a strange day, mostly blizzards but with a few bright interludes. There were lots of eagles at Yakumo, we were showing them to my wife's friends. Lots of missed opps of birds standing in the river and upstream the weather was too nasty for any decent photos. 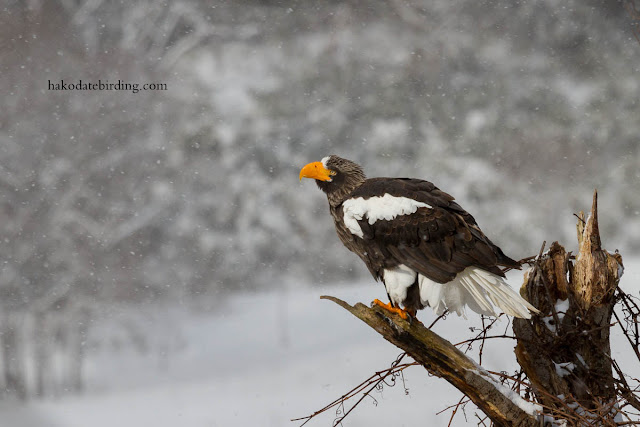 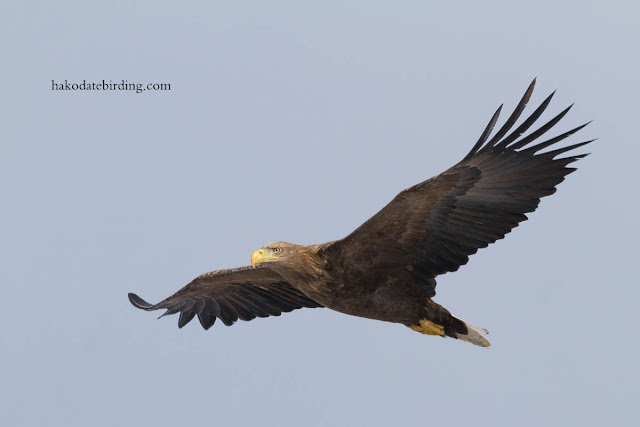 The Stellers was a fairly big crop, I really have to find a way to afford a longer lens.

We picked up my wife's friends at the ferry terminal in the morning and there was a big flock of Rooks there with at least 5 Daurian Jackdaw. The same 2 species were also present in Mori. A large flock of several hundred Hawfinch was in Yakumo and a smaller flock in Onuma. Other interesting stuff included Black Woodpecker and a late Red Flanked Bluetail at Onuma. Goshawk, Merlin and Buzzard from the car, all the usual ducks including Harlequin at Yakumo.

Last week in Hakodate was pretty unevenful (except a big storm followed by blizzards and then a biggish earthquake)..............a flock of Long Tailed Tits next to the river near my apartment was my most noteworthy bird sighting.

A very hot bath followed by a cold beer or 2 in front of the footy beckons.