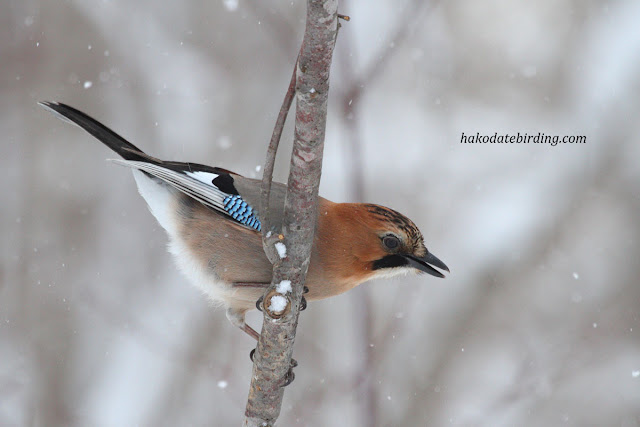 A Jay at Onuma this afternoon, as you can see it was snowing and there was a ridiculous amount of deep deep snow at Onuma meaning it was difficult to do anything between the blizzards.

The dead tree where we feed the Nuthatches is basically buried, they were still around however. 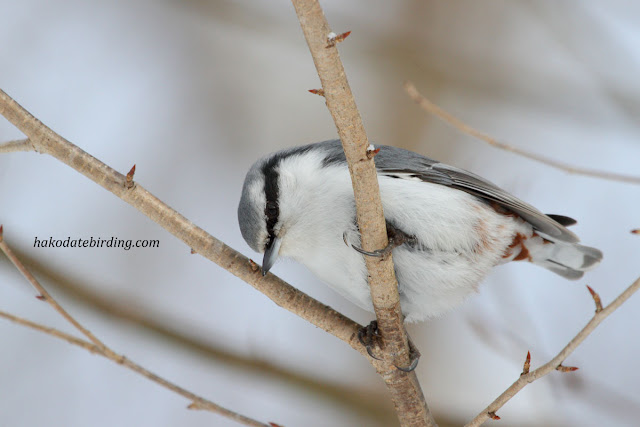 And the Ural Owl was still in its hole, showing a bit more body today. 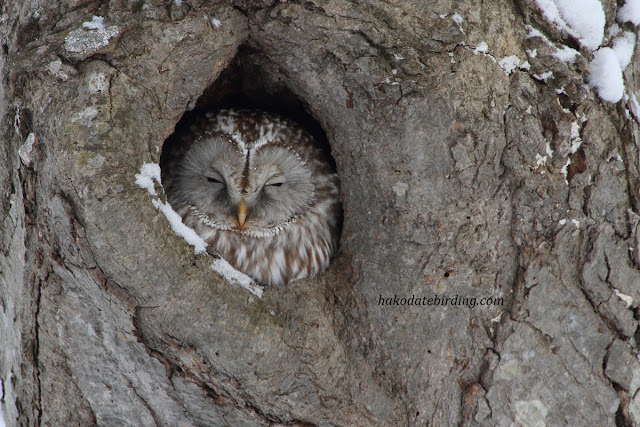 Other birds included lots of Rook with a few Daurian Jackdaw thrown in, Pintail, Whooper Swan, Goosander, Smew, the common tits and woodpeckers and lots of Dusky Thrush.

Among all the Duskys was this individual. 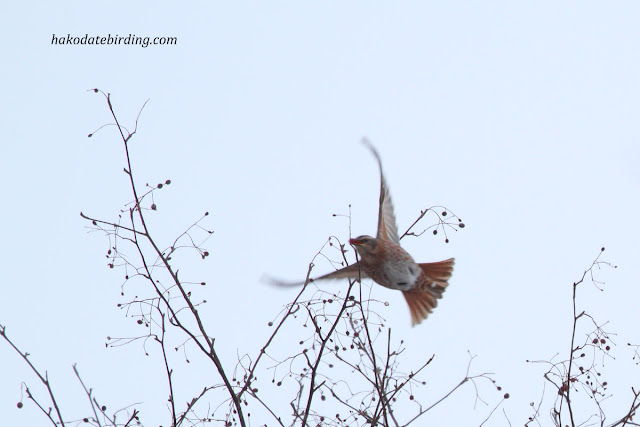 A hastily grabbed and heavily cropped shot of a Naumanns Thrush, a recent split from Dusky Thrush and a lifer...............

It's still snowing outside, February 2012 has been a nightmare weather-wise.

The people who live above my apartment are absolutely doing my head in. They are so noisy, all they seem to do is stomp about and slam doors and windows all day. There are only 2 of them: a youngish mother and her son who appears to be about 8. They probably aren't bad people but my god I'm starting to hate them. Every night they bang about for hours, what the hell are they doing? We tried a nice letter to them but now I just bang on the ceiling. Sometimes that works. I would move out but the expense and hassle are too much. For now.