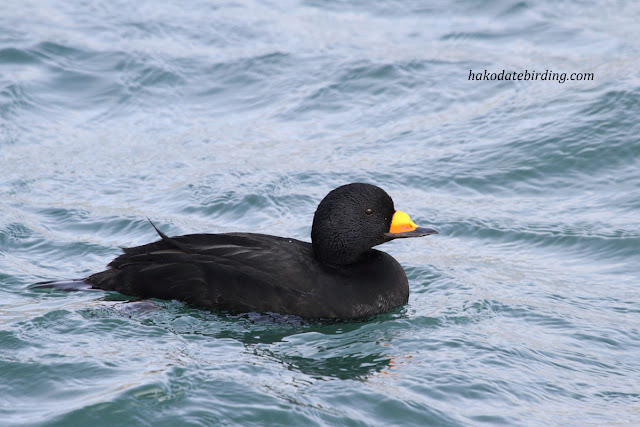 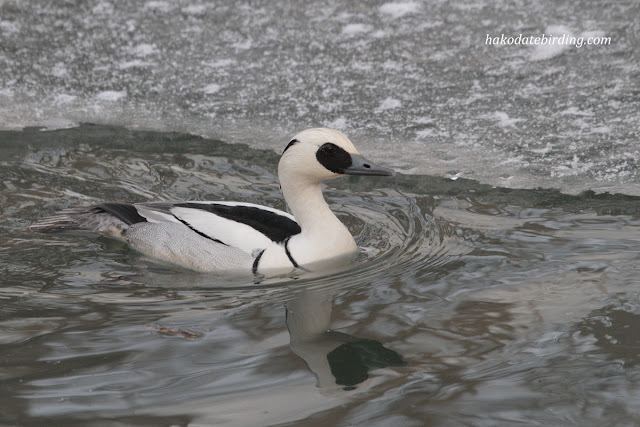 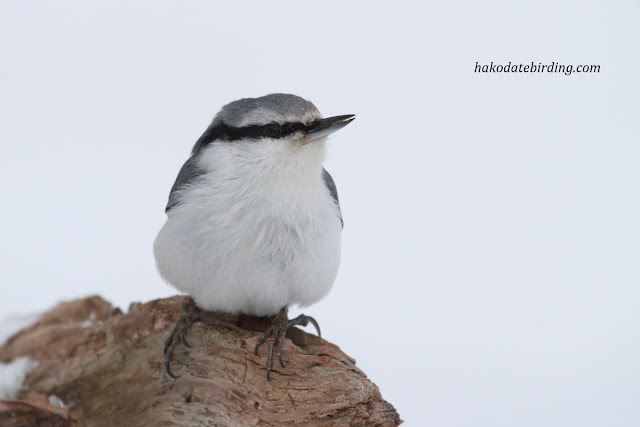 Still really cold here, minus 14 when we headed out this morning. The kearashi (mist rising from the sea on the coldest winter days) was visible near Hakodate at sunrise. 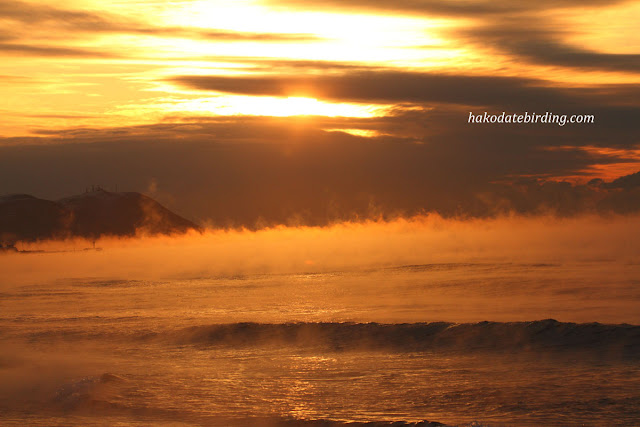 I headed up to Yakumo with a friend to have another go at the eagles but it was a disappointing day. Some hunters were upstream and although they weren't shooting the eagles the noise of the gunshots scared all the eagles away. There weren't many at the rivermouth either, here the river was frozen solid. Here is the only eagle that came close...........and it wasn't so close either. 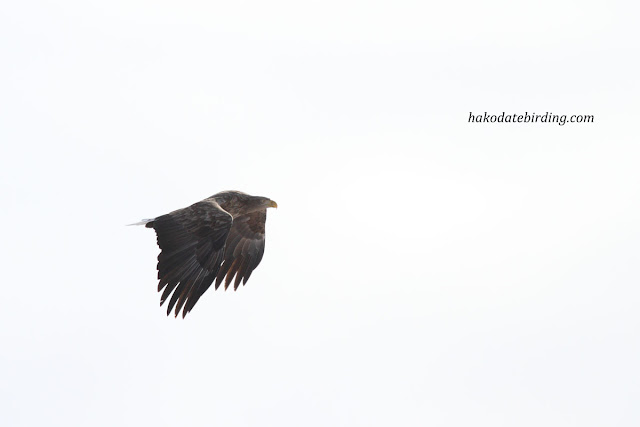 I was reduced to looking for Black Kites, oh the shame. 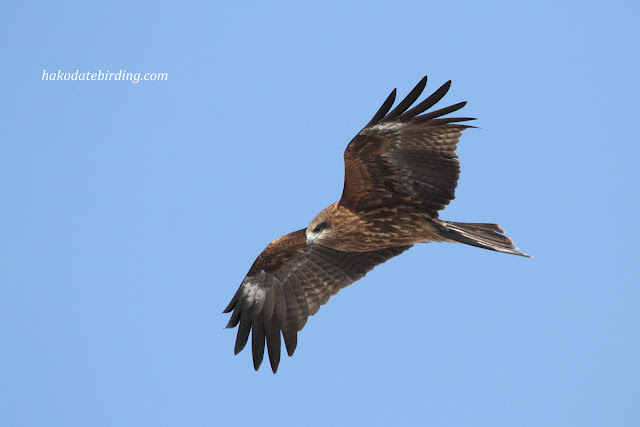 We headed down to Sawara. My friend wanted some new birds to photograph (he is new to the hobby) so I found him some Gulls, he'd never seen Glaucous or Glaucous Winged.

This was in a nasty stinky seafood processing plant. The staff throw out fish heads and fish tails to the masses of gulls, crows and kites. 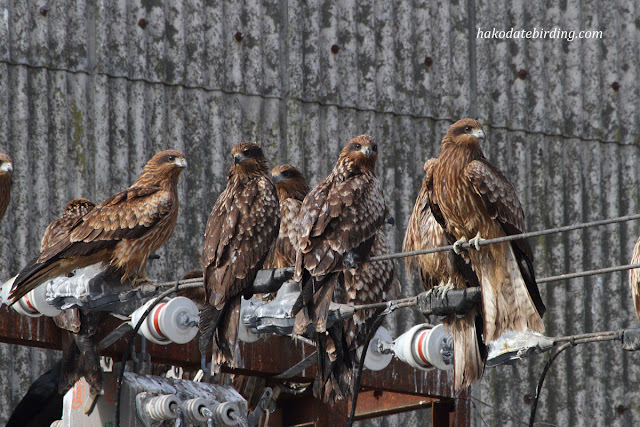 It was difficult pointing out the different guls in the chaos of birds, fish heads and bird shit.
"Look, at the back, the grey one with its mouth open......that's a washikamome (Glaucous Winged Gull)!!!!" 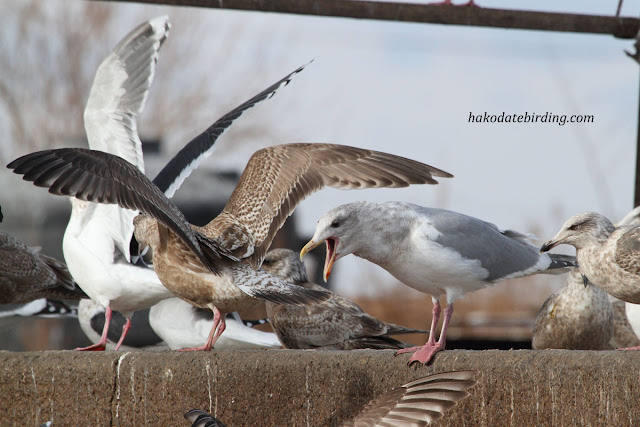 Here's one among the fish heads. Nice. 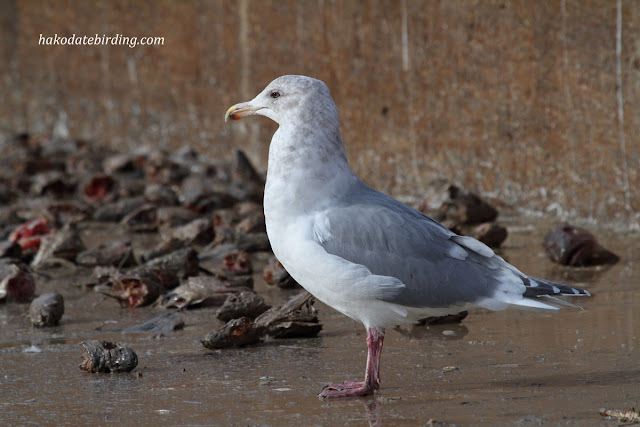 This young Glaucous Gull looked small and dainty, maybe from one of the smaller subspecies? 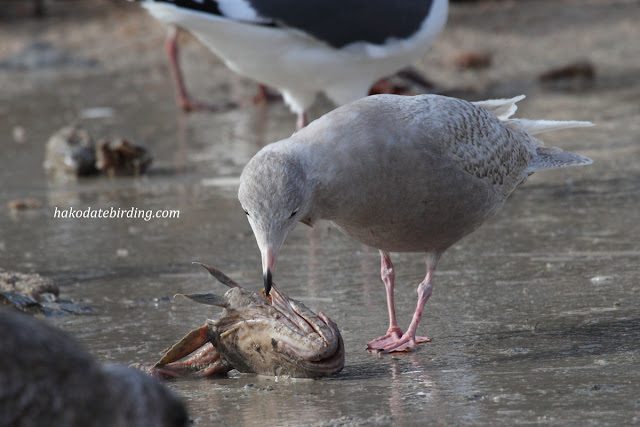 We then went on to a nearby harbour. This place is also covered with bird shit but has some nicer birds...........like these Black Scoter. The top one dived and caught some kind of shellfish. 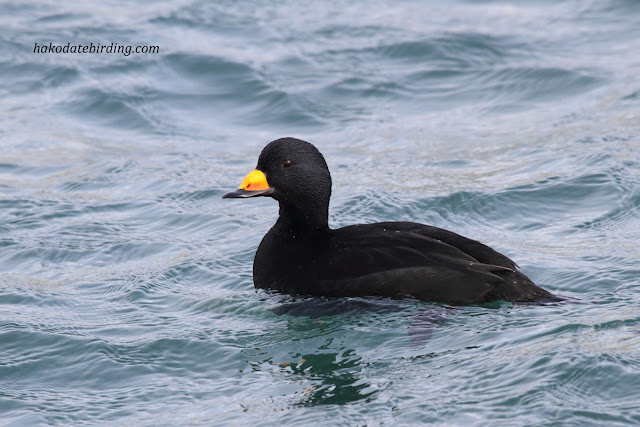 We then went to Onuma and got luckier with the Smew. The afternoon seems to be the best time to photograph them, no mist on the pond and better light. 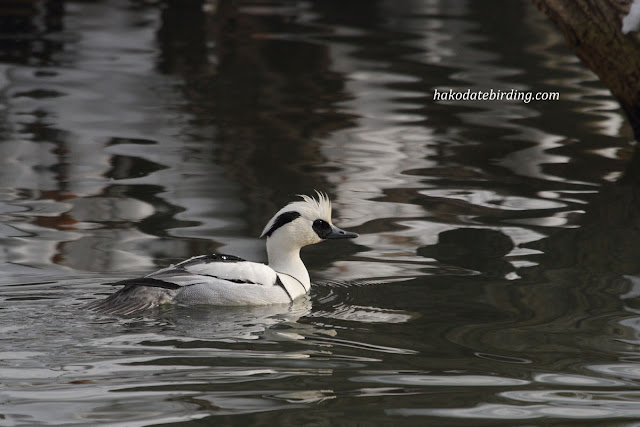 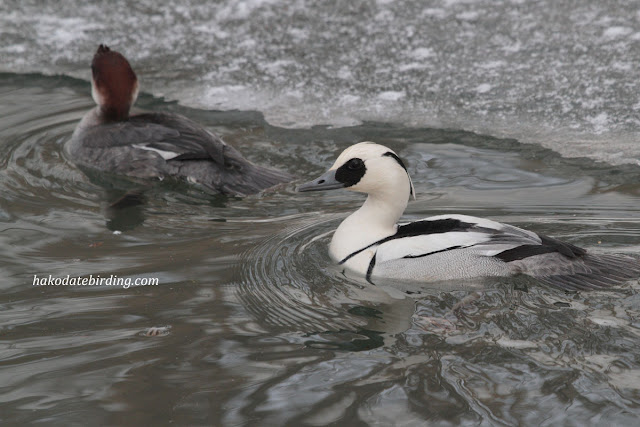 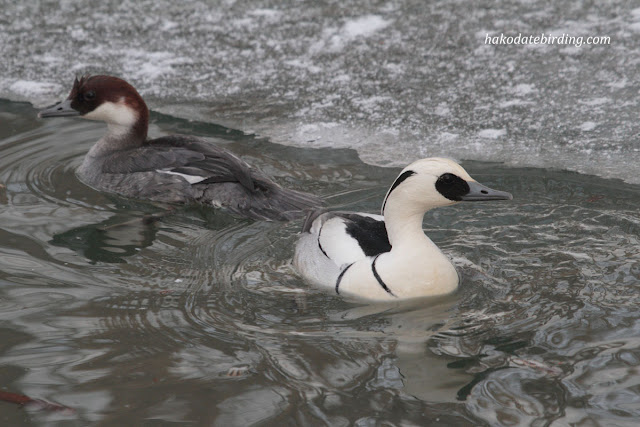 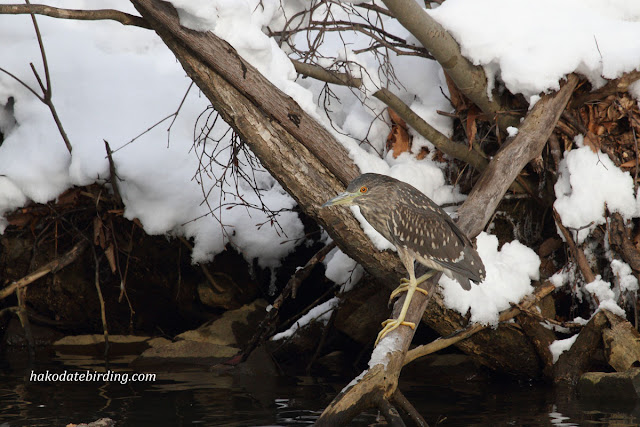 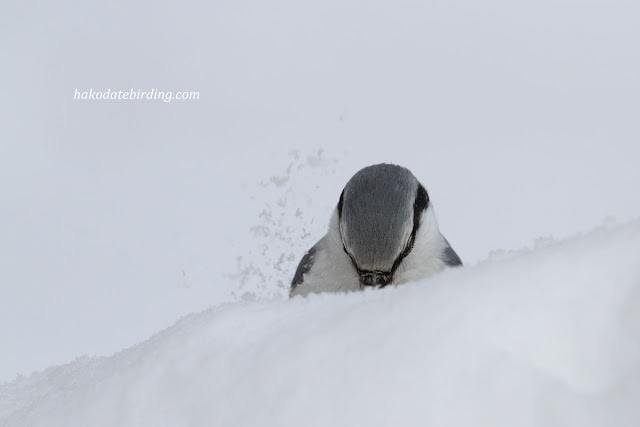 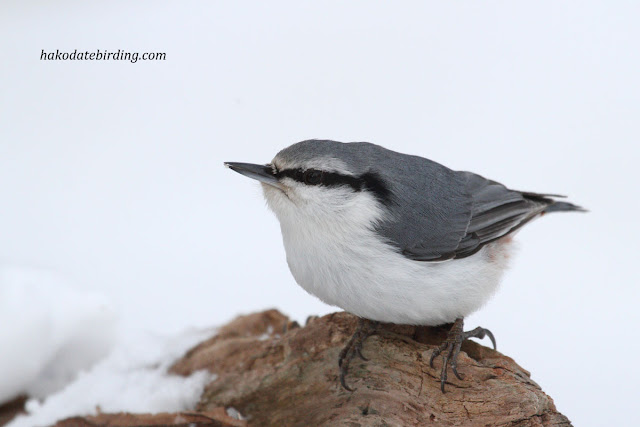 Not much in town last week. White Tailed Eagle, Whooper Swan and Great Egret at Kamiiso 2 days ago but no photos. The weather was so nasty that the train was delayed about 15 minutes. That is major news in Japan let me tell you. In Hakodate last week there were 3 species of Heron and 6 species of duck on the river but no Waxwings yet............at least the Dusky Thrush numbers are increasing.

I watched in horror as England collapsed against Pakistan yesterday, guess we're only #1 if you don't count any games played in Asia then. I popped out to the shop when we were 12 without loss and when I came back 4 wickets were down! Embarrassing.