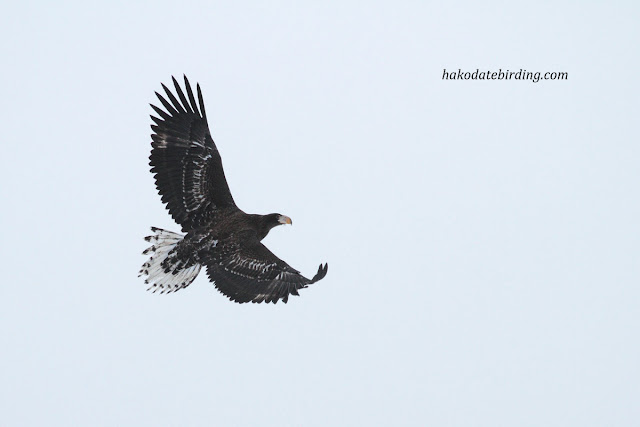 It was very cold with an absolutely biting wind. the river downstream was frozen at Yakumo, I endured about 5 minutes on the bridge looking at half a dozen eagles doing nothing in the distance. Upstream were a few more eagles but this individual provided the only worthwhile shots of the day. 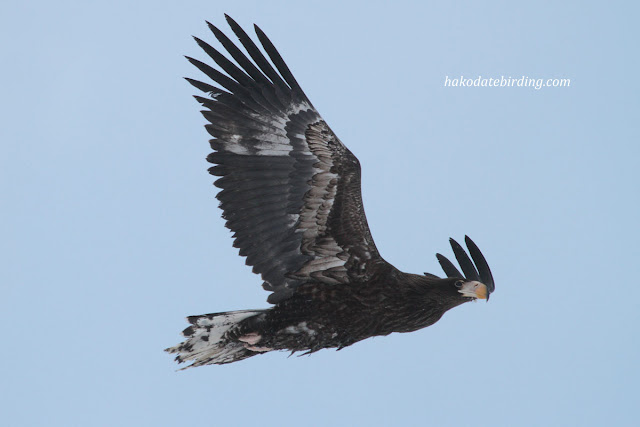 We had started the day off at Onuma, the Smew was in the same place but the air was so cold that steam was rising off the pond where It has been stranded, although I could get close all my shots looked like my lens was filthy. This was the best I could manage, I converted it to monochrome. 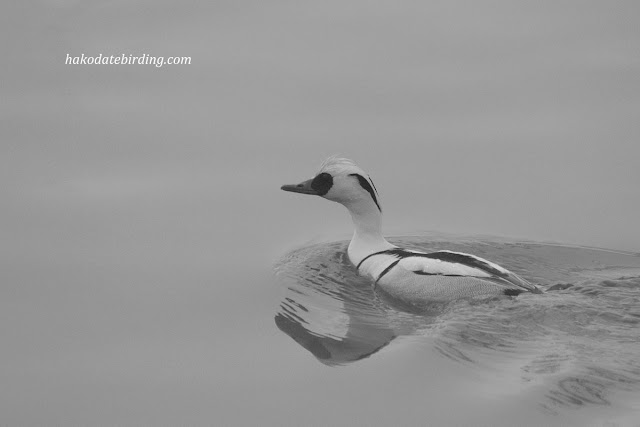 The snow has been pretty heavy in Yakumo, it was difficult to park in many places so we headed down to Sawara which was even colder. We got another Rough Legged Buzzard here (just a brief glimpse, no photo): there seems to have been a big influx of this species into south Hokkaido this winter (there were apparently 13 at Esan today!). There were various common winter water birds in the harbours, here's some Black Scoter. 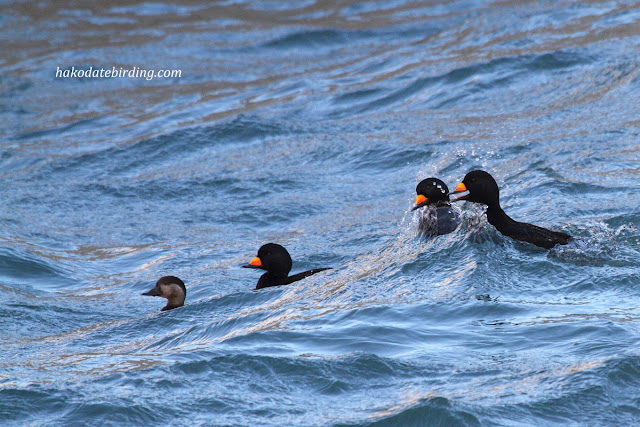 I watched Liverpool draw at home again last night. Why do I even bother?

Hopefully we'll see some stuff moving with this cold weather. Waxwings generally arrive here in Hakodate in mid to late January, in most years anyway. Sometimes they arrive several weeks later, occasionally a little earlier and in some years they don't come at all.