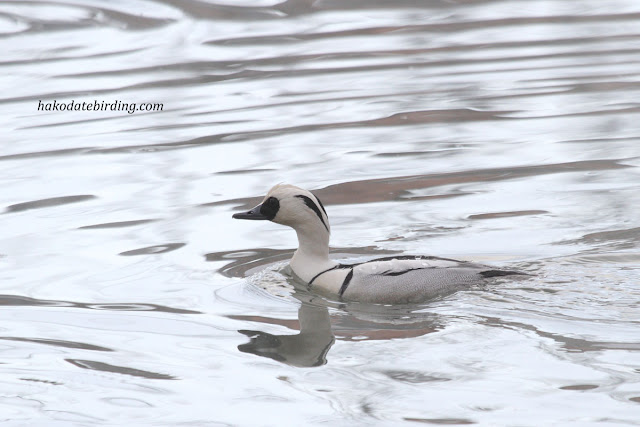 The drake Smew at Onuma yesterday. It has been joined by a female but they were both very shy and it was very hard to get a good picture, it was dark and misty again and when the sun finally hit the pond they both flew off! I guess they just roost there........

It was very cold waiting in futility for them to swim out in the open but there was at least some other interesting stuff around. Some kind of weasel/marten was hunting, it caught a mouse (thankfully it left the Smew alone). An immature Night Heron was a surprise and there were lots of the common woodland residents including this male Grey Headed Woodpecker, a high ISO shot in the morning gloom. 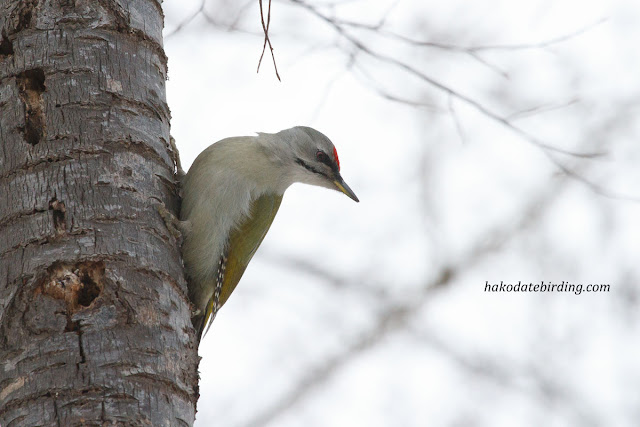 The tame tits and nuthatches were around as per usual. 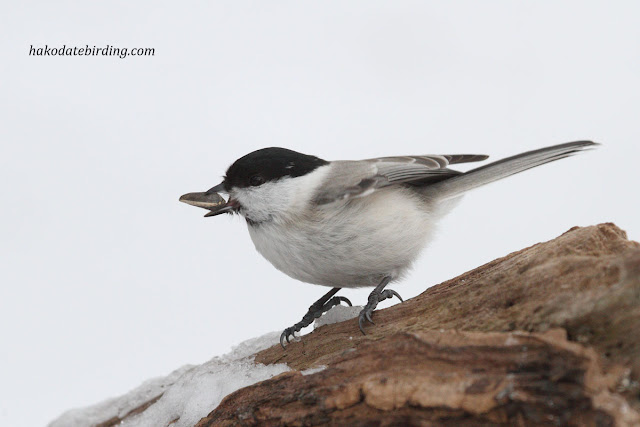 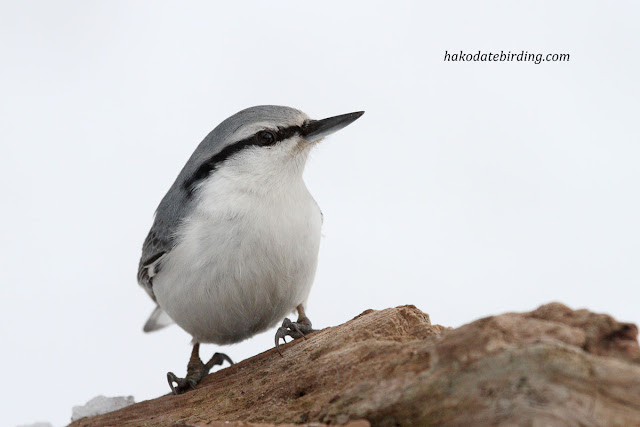 We the headed to Esan but the weather was pretty lousy with no photo opps. The Rough Legged Buzzards were around in the same places as last week but too far away to photograph, the Pine Buntings weren't there, just a skittish flock of Skylark instead. Other birds included lots of Glaucous Winged Gull, Brent Geese, all the common ducks including Harlequin, Whooper Swan, White Tailed Eagle, Great Egret, Brambling, Common Buzzard and Peregrine.

Thursday had beautiful clear (even mild) weather, I headed out to Kamiiso. White Tailed Eagle was bird of the day here. I saw one high in the sky and later sitting on one of the frozen rivers (the latter sighting unfortunately being from the train window on the way home). Whooper Swan, Coot, Great Egret, Grey Heron and about 10 common species of duck were also around. I searched teh gull flocks for Thayers Gull, all I discovered were that no 2 Vega Gulls look alike. The harbour was birdless except for ONE Black Necked Grebe and even that didn't come close. 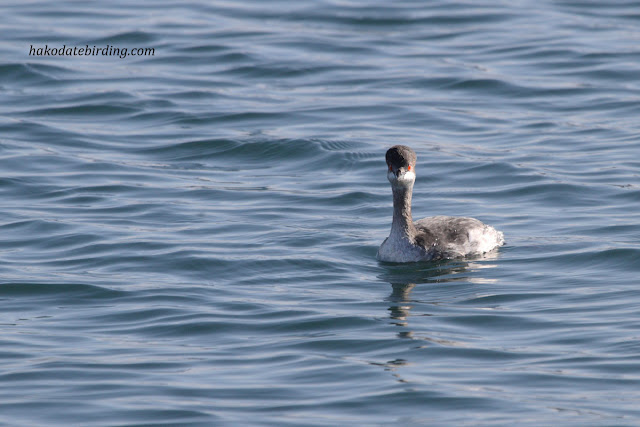 I took a walk this lunchtime near my apartment in the gloomy snowy weather but nothing around except for a flyover Kestrel, a few Teal, the drake Wigeon, a lone Dusky Thrush and half a dozen Grey Starling.

Yet another construction project a few meters away from my apartment begun last week, yup we have noise 6 days a week until the middle of April to look forward to.